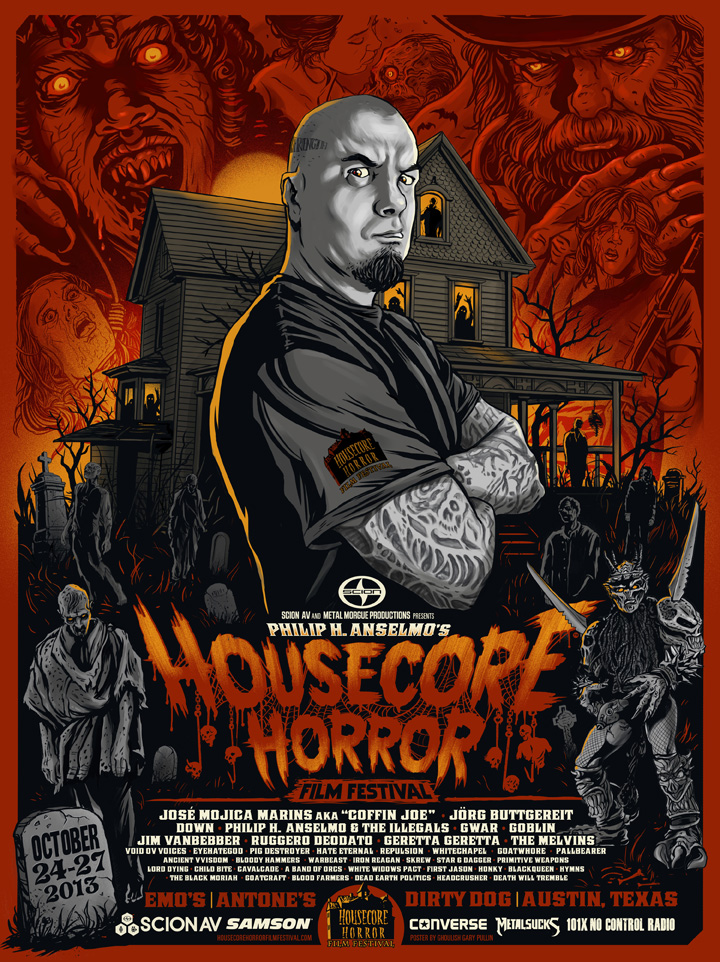 A combined metal and horror film fest is one of those common sense ideas, since the two genres go together like Jack and Coke. Corey Mitchell and Phil Anselmo’s baby coming to fruition involved a complete takeover of the Emo’s/Antone’s complex the weekend before Hell-o-ween. The dark and demented were summoned from the far corners of the earth with the lure of devil music and horrifying visual delights. We Austinites are some lucky fuckers for simply being in the right place at the right time. And then there were those from other parts of the globe who somehow caught wind of HHFF, and arrived ready to rage.

The determining factor making this event a phenomenal success was the intimacy and communal spirit of all that were present. Imagine watching the throwback Italians, Goblin, perform their haunting melodies with Papa Phil and his first lady of metal observing from the sidelines. Then raising your ale to what is literally A Band of Orcs at 1:00 in the afternoon. In the case of HHFF, Sabbath worship involves headbanging to Pig Destroyer alongside Pat Bruders. Typical conversations overheard would include Sean Yseult (White Zombie, Star & Dagger) discussing guitar inclinations with Zoltan Von Bury (Bloody Hammers). It would not be unusual for pleasantries to be exchanged during a chance encounter with an unmasked  Balsac the Jaws of Death. For the fanboys and groupies, deciding whether to attend the signings versus a movie or performance was as difficult as Sophie’s Choice. 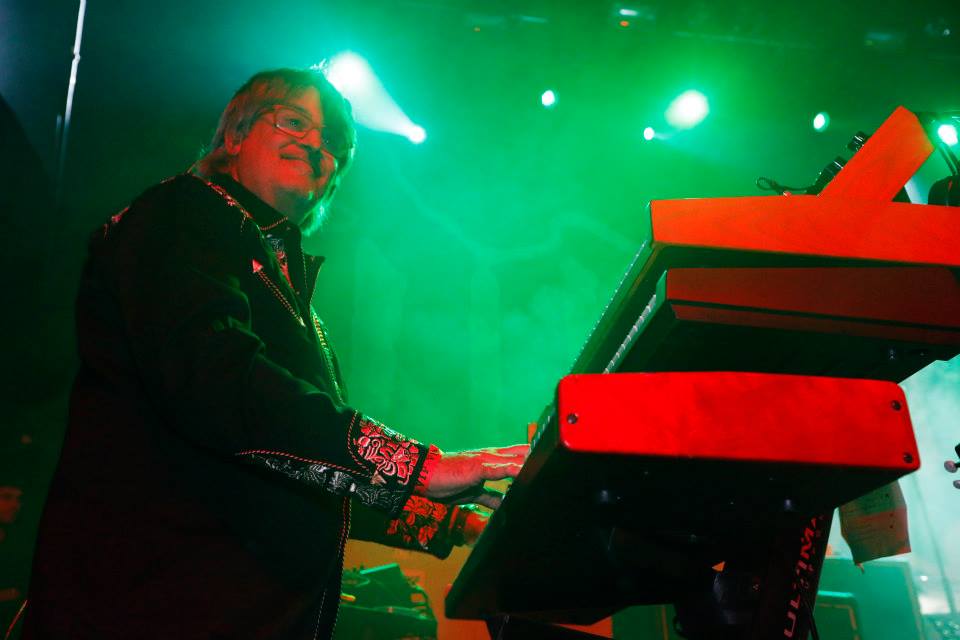 Aside from the underworld celebrity aspect the HHFF lineups were fucking face melting.

Thursday night’s badge pick-up party at the Dirty Dog featured talent that included Goatcraft, BlackQueen, The Black Moriah, White Widows Pact, Lord Dying and Cavalcade. Ursala Stuart of BlackQueen enthralled the crowd as one of the few female performers (excluding several members of Star & Dagger who make bitches out of boys) with her low string, lady swagger. The fellas might have appreciated more ladies in attendance overall, this is not Wurstfest.  Dallas’ own The Black Moriah gave the impression that every waking moment is spent obsessing over their craft. Lord Dying, of Portland – the other weird city, was another favorite of the night with their heavy, blackened sludge.  This eve marked one of the rare occurrences when the deceptively normal-faced Corey Mitchell, co-founder and director of HHFF, graced the room to spread his joy to the sickly children ala Pogo the Clown.

Friday night mind blowing, with WarBeast, Goblin and Down headlining. WarBeast were in overdrive with demented tenacity. It was truly blood warming to see the likes of Bruce Corbitt and Scott Shelby mentor the School of Rock – Austin Chapter young’uns. Goblin offered a nice change of pace, although still held the crowd in a dark and twisted place. And despite an important lineup change, Down collectively channeled their highly revered, smokey groove. 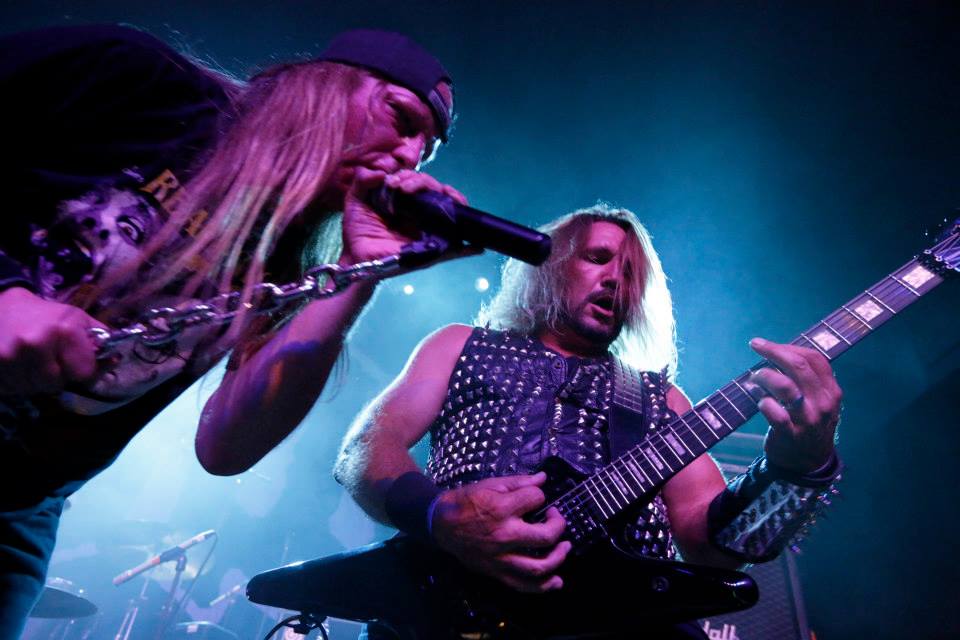 Praise be to our local bands, Honky, Skrew, Ancient VVisdom, Critical Assembly, HeadCrusher and Death Will Tremble. ALL did Austin proud. Without a doubt, Austin’s local hero of HHFF, was Bobby Landgraf of Honky, who debuted as Kirk Windstein’s replacement for Down on opening night. With this NOLA invasion, it is apparent that Austin has become the ginger stepsister of the dying whore. 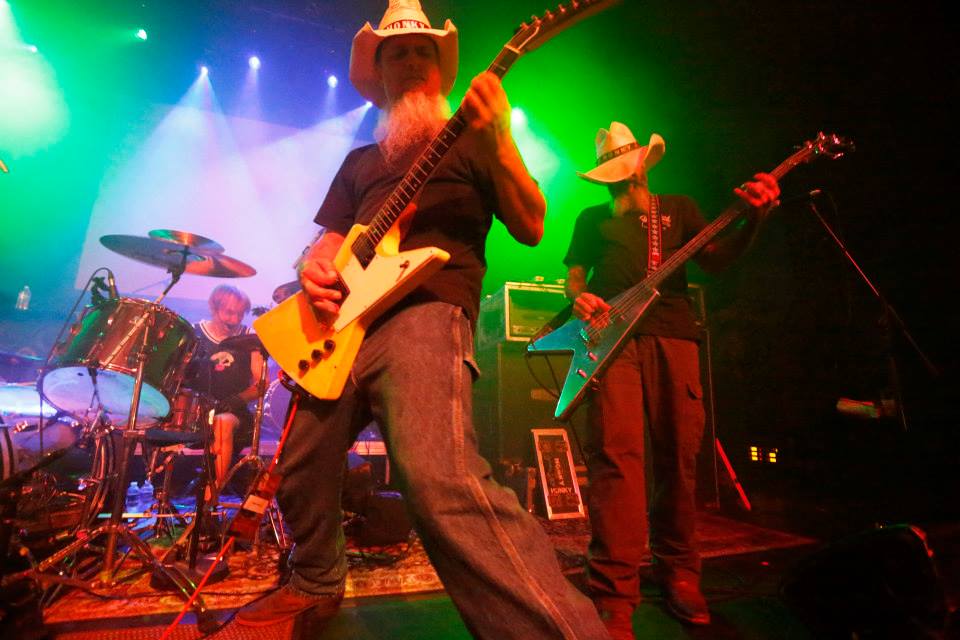 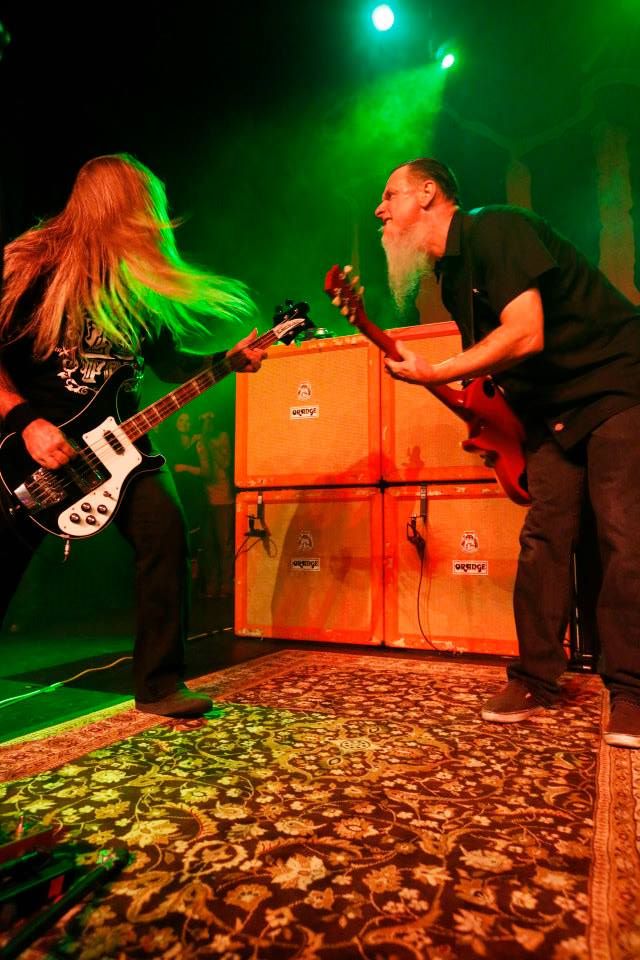 On that note, die-hard movie enthusiasts were clamoring for Jesse Dayton’s Zombex (2013), a zombie apocalypse thriller set in post-Katrina New Orleans. Countless movie-goers were turned away from the screening at Antone’s due to the overwhelming interest.

For Dario Argento’s Demons (1985), composer Claudio Simonetti and actress Geretta Geretta were in attendance and available for Q&A after the fact.  Most films included a short or two as a preview, and the buzz on those is that they were hit or miss. In many instances, the creators of the short films were present. For the best films of HHFF 2013, here is a complete list of the 1st Annual Rot Scars award winners. 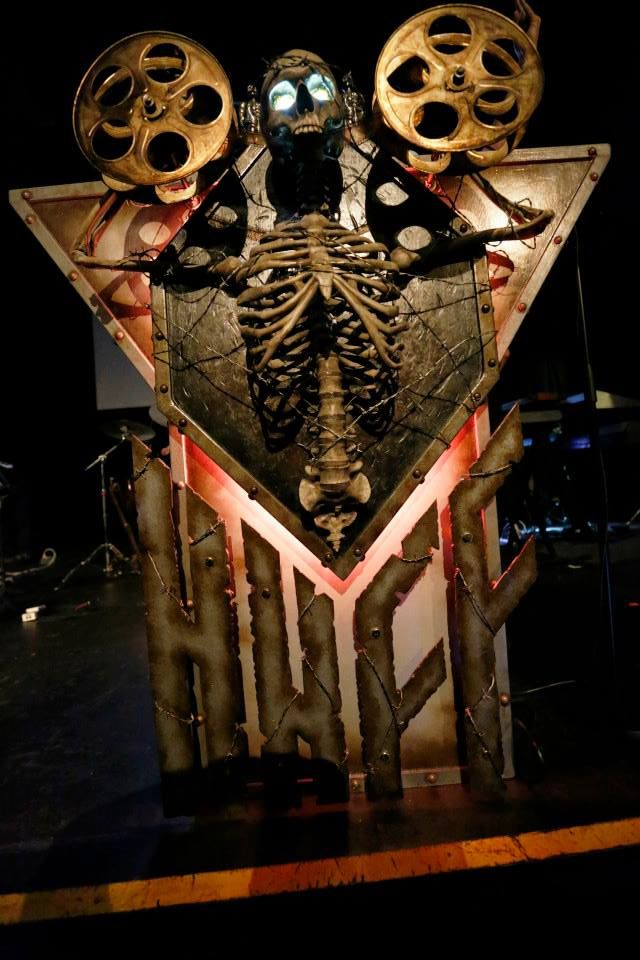 Star & Dagger, Iron Reagan, Goatwhore, Whitechapel, (the) Melvins and Gwar all killing it in the same night, provided as much pleasure as a spanking from Oderus’ giant, rubber balls. Tony “T-Buzz” Foresta of Iron Reagan entertained us with his special brand of humor. With all the laughing and thrashing, their set was more gratifying than a Beavis & Butthead marathon. Dale Crover of Melvins, proved to be one of the hardest working musicians of HHFF, as he kept the beat for Honky and EyeHateGod in addition to (the) Melvins. Despite the fact that by Saturday night, many were existing on a diet of whiskey and fumbling in a haze of sleep deprivation, GoatWhore and Whitechapel awakened souls and unleashed inner demons. With Gwar to finish off the night,  tears of maniacal joy were camouflaged by the spewage of faux bodily fluids. 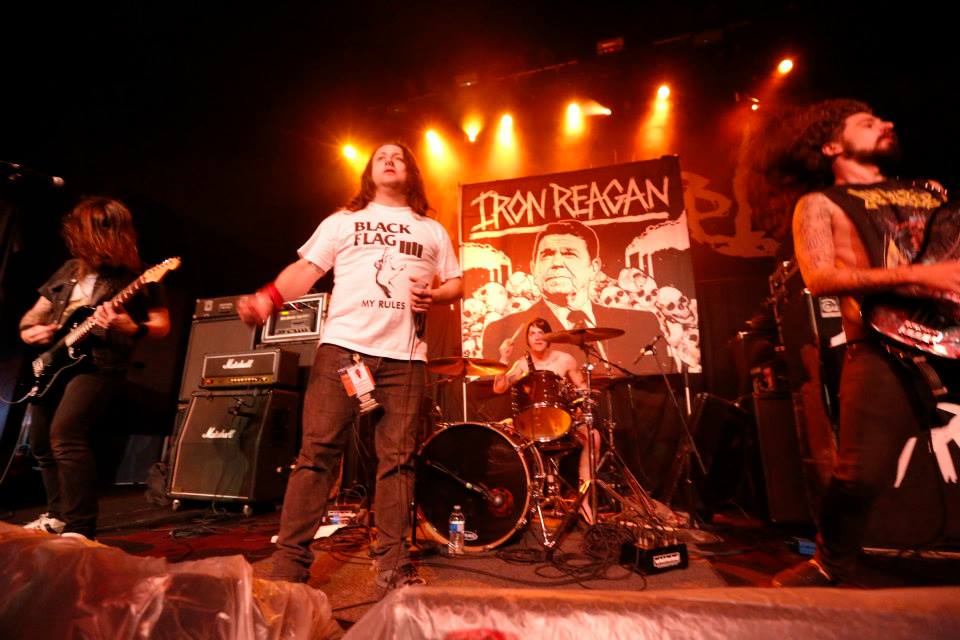 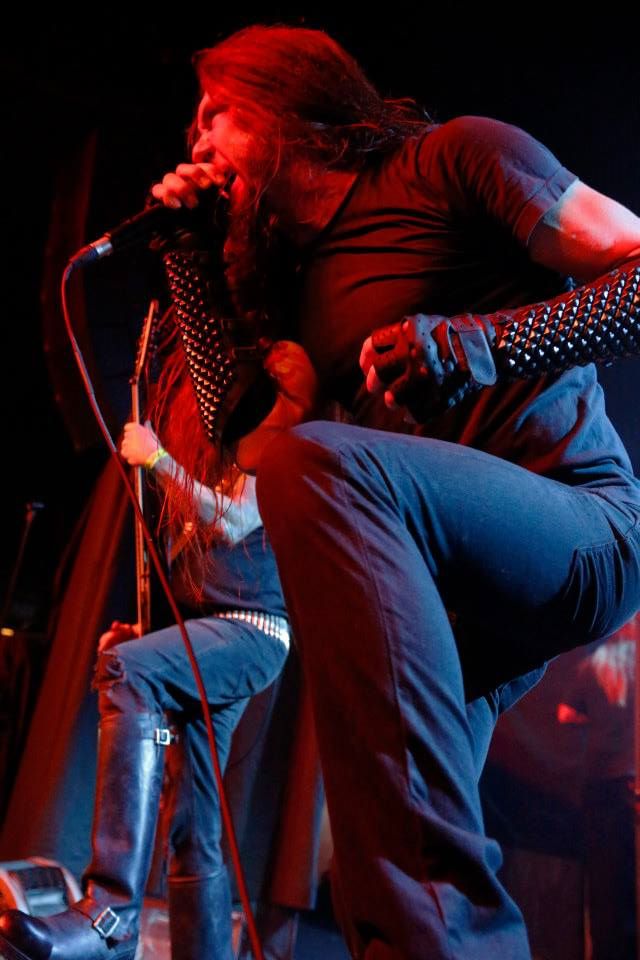 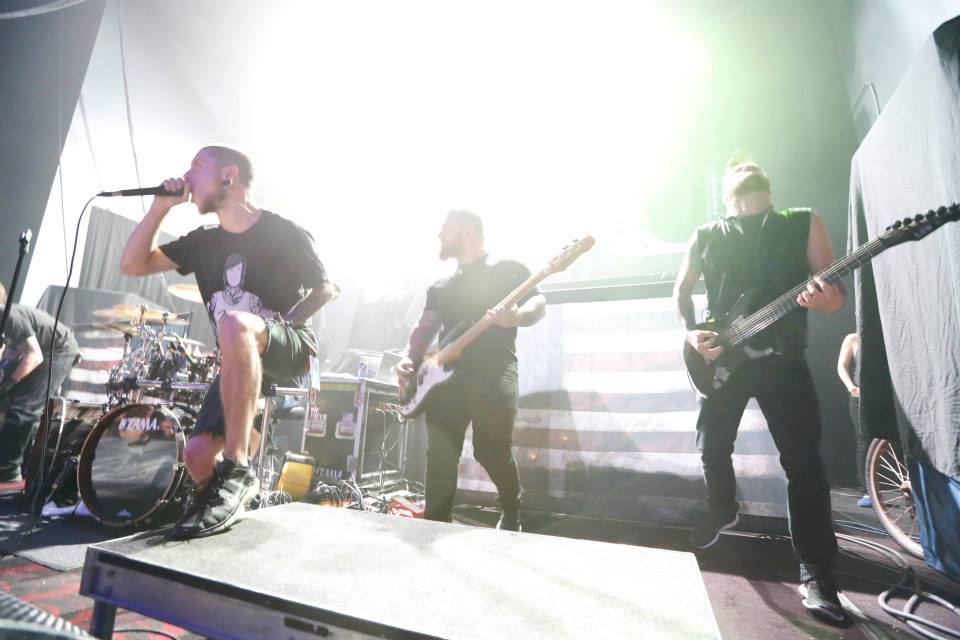 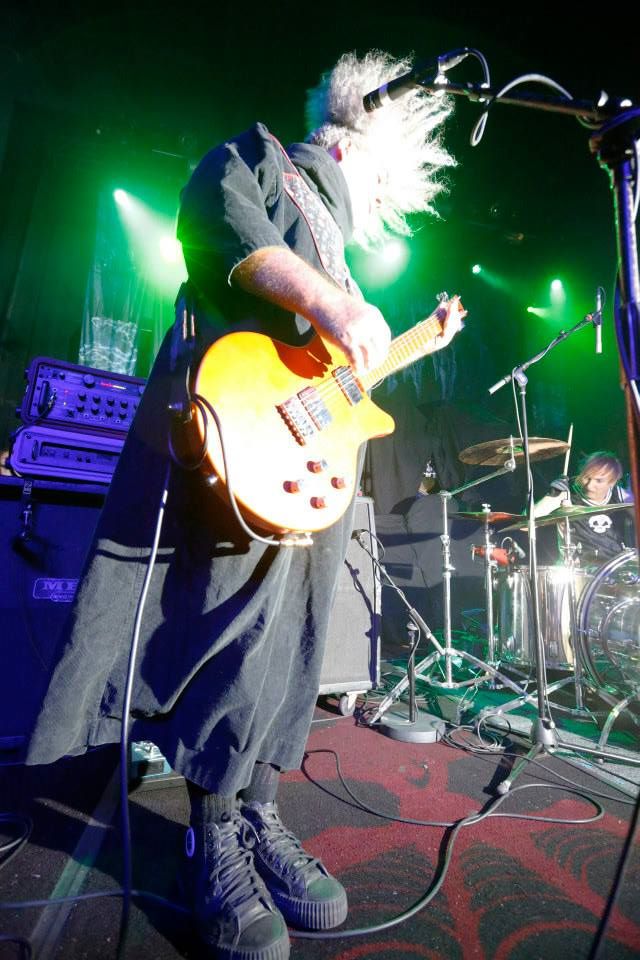 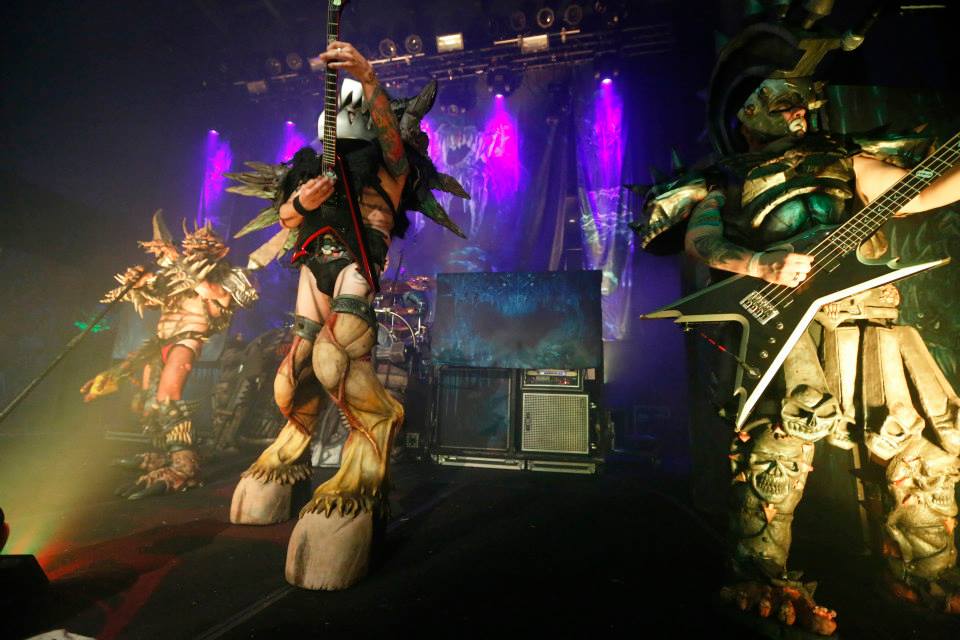 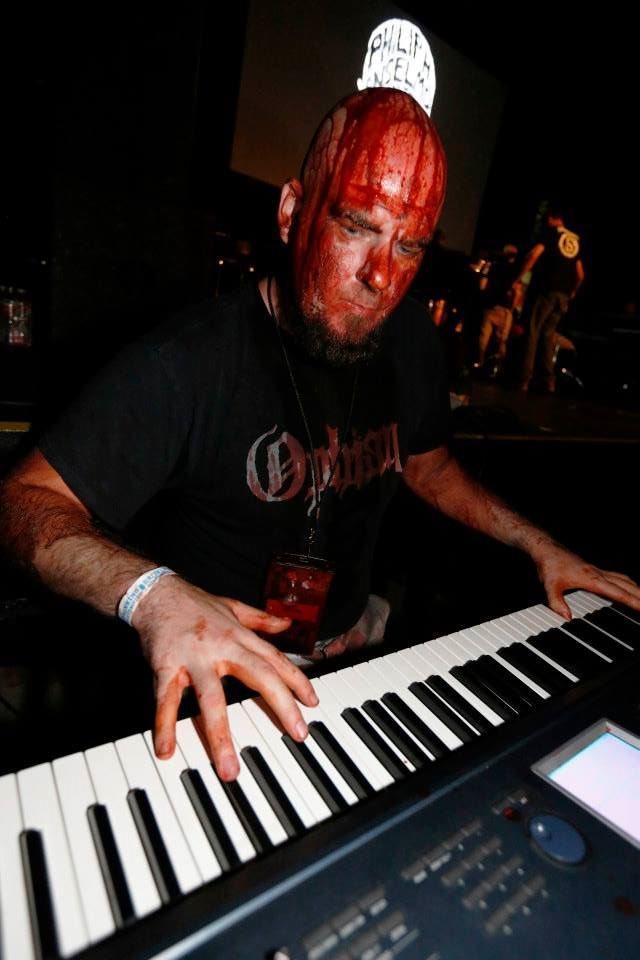 As far as vendors went, basic needs were met with movies, posters, band merch, apparel and other odds and ends.  Speaking of, where can one obtain the 666 cheerleader outfits worn by Satan’s Cheerleaders for, ahhhem, a ‘friend?’ 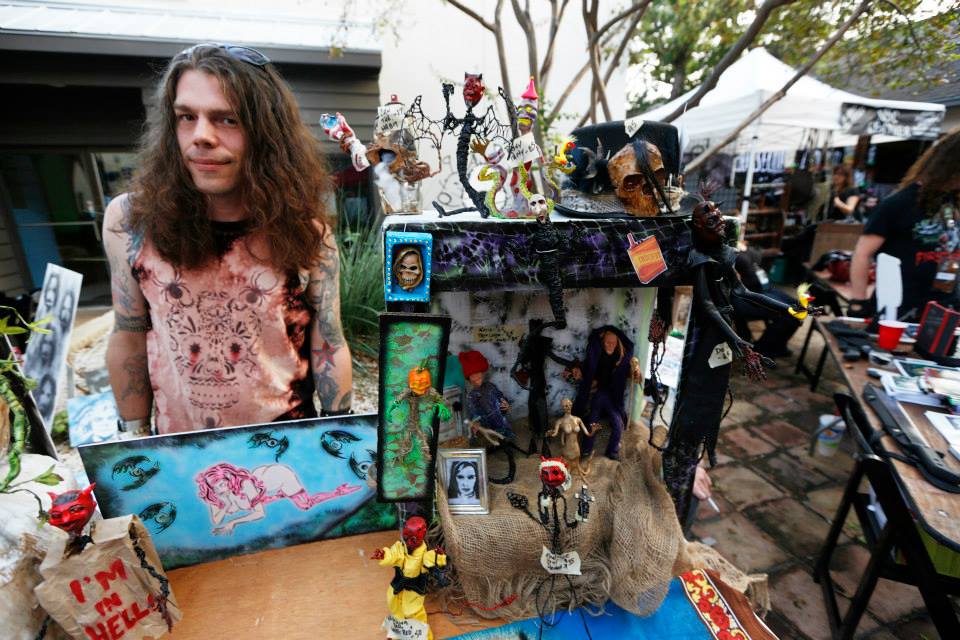 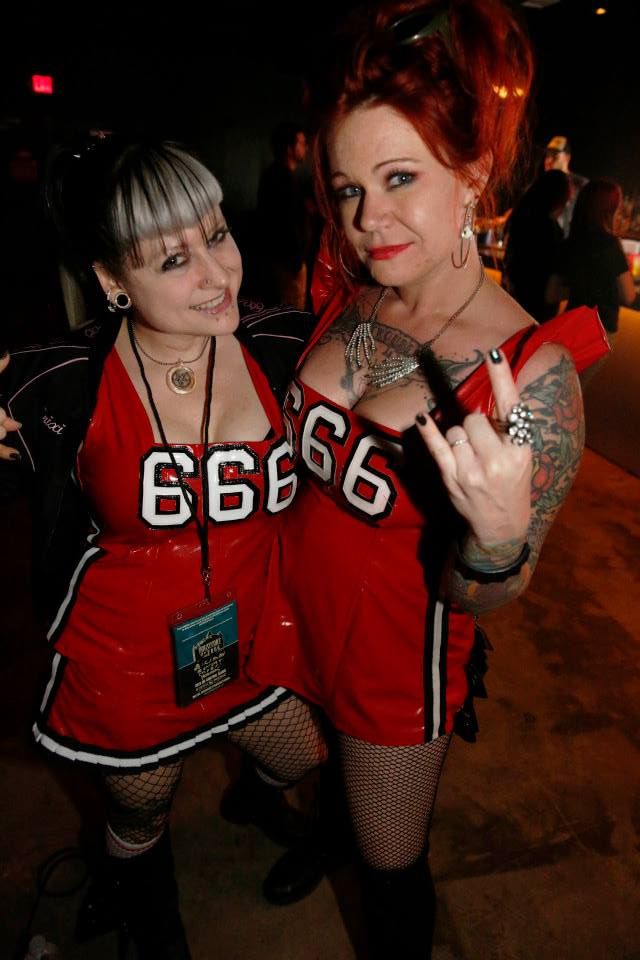 Sunday night concluded the festival with intense and masterly performances by EyeHateGod and Philip H. Anselmo & The Illegals.  Then all remaining festival-goers were lulled into a state of skittish fascination with the grand finale: Goblin’s score of Dario Argento’s 1977 feature Suspiria was mesmerizing to watch live along with the film; a black swan-esque dancer performing in front of the screen to add a dose of refinement. 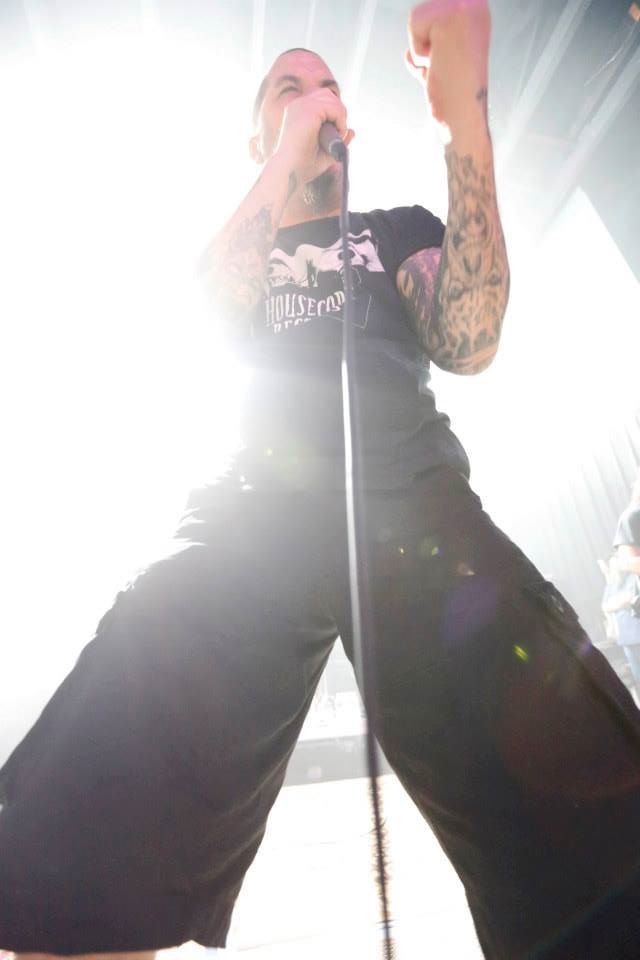 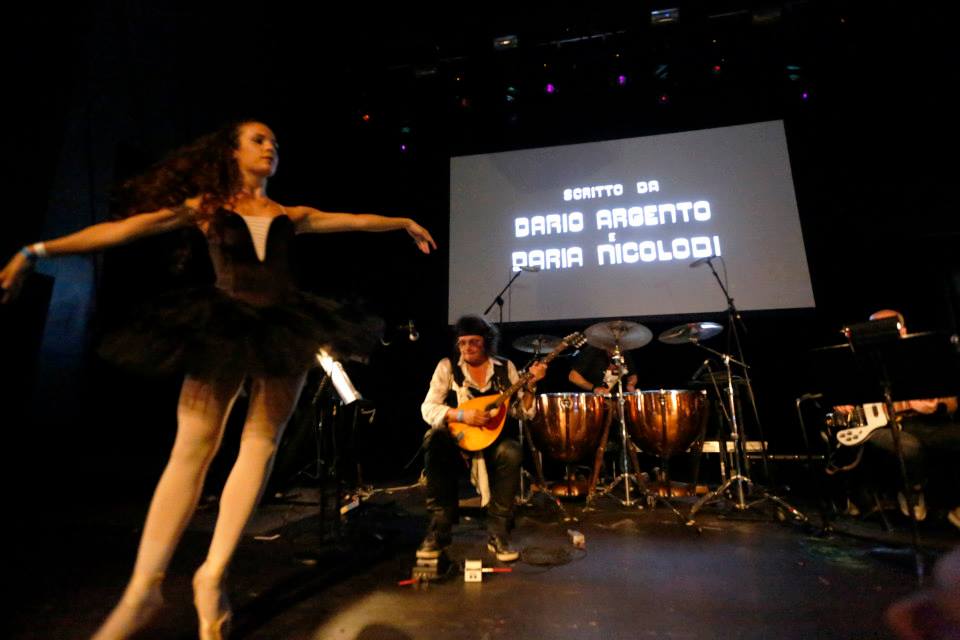 Now that HHFF has been deemed the fest to rule the rest, the obvious question is where will HHFF 2014 take place, and who and what can we expect to see next time around?

P.S. Much appreciation is in order to the behind-the-scenes coordinators and volunteers who busted their asses for our sick and twisted amusement.