Black Tusk’s success can be defined by a few simple rules. Make music, tour, play music, bang thy head and……………repeat. The band is out on the road up to 250 days a year. When they are not touring they are recording…in a  stinky, sweaty, yet functionally proficient room above a garage. When they are not recording, they are going to shows in and around their hometown of Savannah, Georgia. They are friendly, obnoxiously polite, and naturally hardcore. 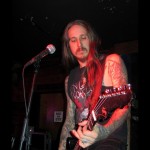 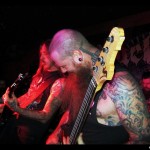 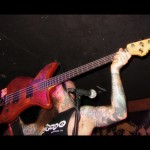 Three young-ish (think road years) guys played in punk bands. The bands broke up. The men got together and created an even heavier band with the goal of banging some fucking heads. End of Story.

There sound can best be described as pure, hard, rock n roll. The bass is rhythmically unrelenting. The guitar is virtuoso divine with a shapely hint of the blues. The drums are mathematically challenging, fast and pounding. And to top it all off, all three of them sing! They don’t screech, wail without dignity, or make you want to climb up the wall and out of the venue. They sing.

Currently, they have been on tour for three months. They have a few more dates, hitting Pensacola, then Alabama on their way back to Savannah. Savannah is also home to Kylesa and Baroness. Painter / illustrator John Dyer Baizley, guitarist / vocalist of Baroness has worked with Black Tusk, creating an amazing image gallery that represents Black Tusk’s evolving primal nature. 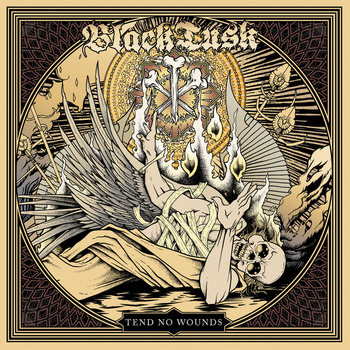 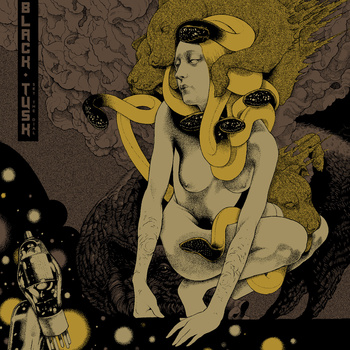 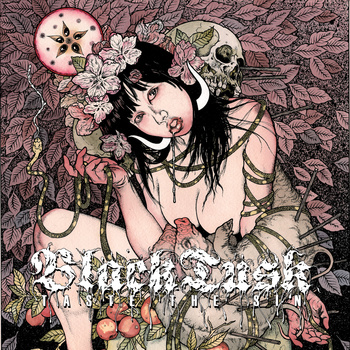 Black Tusk plays music that have many twists and turns. Yet, they are simple, hardworking musicians.  Black Tusk is refreshing because even though this music’s attitude is all about the anger, it is not annoying. Instead, it is simple straight forward hard core rock n roll. There aren’t any labels. You do not have to be cool to listen to them.  The show costs 10 bucks. Go see for yourself.