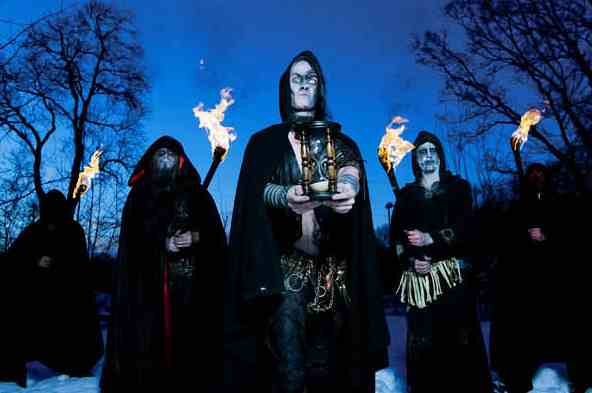 My friend and I arrived in time to see In Solitude from Sweden. Excellent stuff. I’m not quite sure why no one seemed too interested in these guys. I’ve been reading on and off about them for a few years when I occasionally pick up a metal rag. They’re somewhere in that Mercyful Fate hard-to-define thrash vein, a bit like Ghost B.C. with ass-kicking riffs, grooves and solos. I made my way up to the front to whip my hair around and let them know someone out here cared. I love how skinny these northern Europeans are, and with the black leather motif the lead singer Pelle Åhman looked a bit like an undead Joey Ramone.

Once Watain began prepping for the stage, the crowd began to rally –  hurling bottles and horns as the stage went dim and they let their presence known.
Literally – and I mean LITERALLY not a second after the lights stage lights went dim, the intro “Night Vision” came through the P.A.  As the band entered the stage the deluge from above began to fall, the same endless deluge that wrecked homes, cars and livestock in the southeast side of Austin. 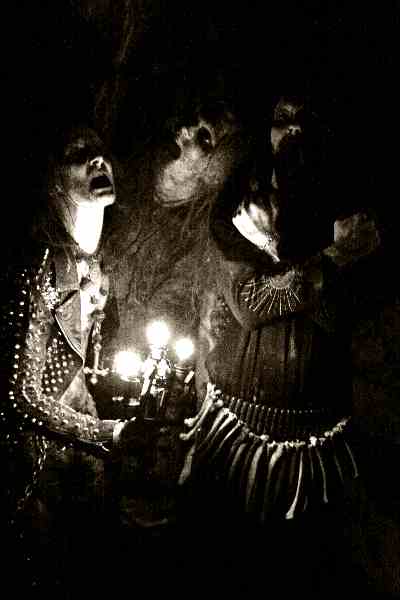 For a minute there I began to consider Satan as more than just a gimmick. These sons of bitches really are “Sworn To The Dark”. My friend and I looked at each other with that unspoken agreement that we were witnessing something unique, as the lighting in the sky that lit up over the stage only enhanced this. Even with Red 7 losing its patio rooftop due to Fire Department regulations, the rain didn’t seem to make an ounce of difference in anyone’s enthusiasm…yet.

I didn’t keep an accurate set list because of the rain, but I noticed they played an excellent selection of old as well as new whip-thrashing fist-pounding material off of this years ‘The Wild Hunt’ such as “De Profundis”, “All That May Bleed”, “Outlaw” and “The Wild Hunt”.
Sworn to the Dark being my personal favorite album of Watain’s they also included “Storm Of The Anti-Christ“, “Satan’s Hunger“, “The Serpents Chalice” and the title track into the set list. 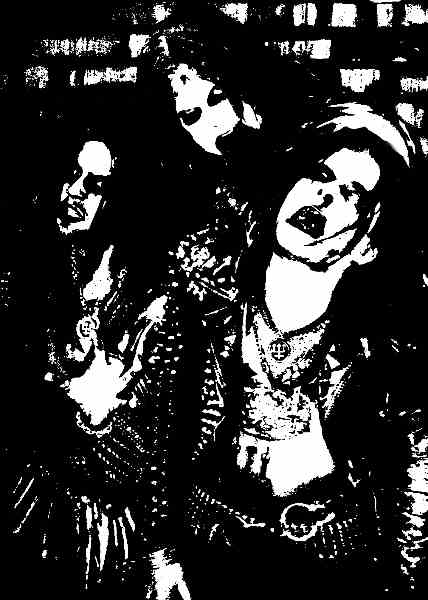 I was hoping for pyrotechnics, which we didn’t get, but we did get quite an extensive display of bones, large iron crosses and a shrine which held Erik Danielsson’s serpent chalice. No Ozarka bottled water for these types of folk.

When they arrived back on stage to do an encore, I was expecting maybe two songs tops, but I believe it was more like six. They were relentless, as was the rain and what remained of the crowd. Gottfrid Ahman filled in for guitar for Watain after playing an energetic set just beforehand with In Solitude and I was amazed and inspired by his energy and presence. Eventually the essential ‘hate equation’ of the black metal genre channeled its way into the crowd inspiring several people to start beating the shit out of each other, or maybe they were just tired of the rain.  Instead of volunteering to take part in this primitive circle of pain, I stood aside with my friend and just headbanged. A few others were doing the same, standing all by their satisfied lonesome in the rain and just headbanging, smiles across our faces. 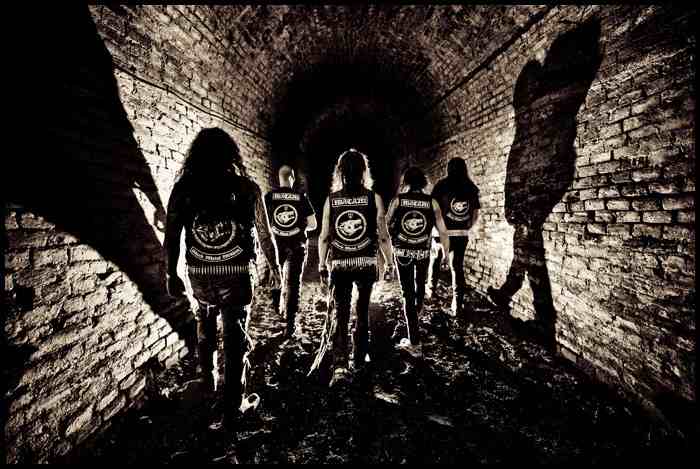 This entry was posted in Uncategorized and tagged Ghost A.D., In Soiltude, Mercyful Fate, Red 7, Watain. Bookmark the permalink.