” Originally formed in Belgium, Van Dammes (VD) are a Finnish four-piece garage punk band from Helsinki. Their debut, the VD EP, debuted in April 2014, and its successor, Better Than Sex, in February 2015. Both releases have gained airplay on American and British punk radio stations as well as on popular Finnish radio stations such as YleX and Radio Helsinki. They have also been critically acclaimed in American, Australian, British, Canadian, Danish, Dutch, German, Italian, Mexican and Polish reviews. In addition, the band has released a bunch of other sh*t in various formats like a tribute song to the ski jumping legend Noriaki Kasai. In October 2016, Van Dammes distributed the first single “Thunderbirds Are Go” from their third EP, Vild Days. The new single of Van Dammes tells the story of Alan Tracy, the youngest member of the life-saving organisation Thunderbirds. Alan wants to go to the nightclub to see Cliff Richard play and kiss Lady Penelope but tonight it is his turn to remain on standby. Van Dammes present their view of the young man’s odyssey in their new song “Thunderbirds Are Go”. Van Dammes have also been touring Europe extensively since their foundation.” 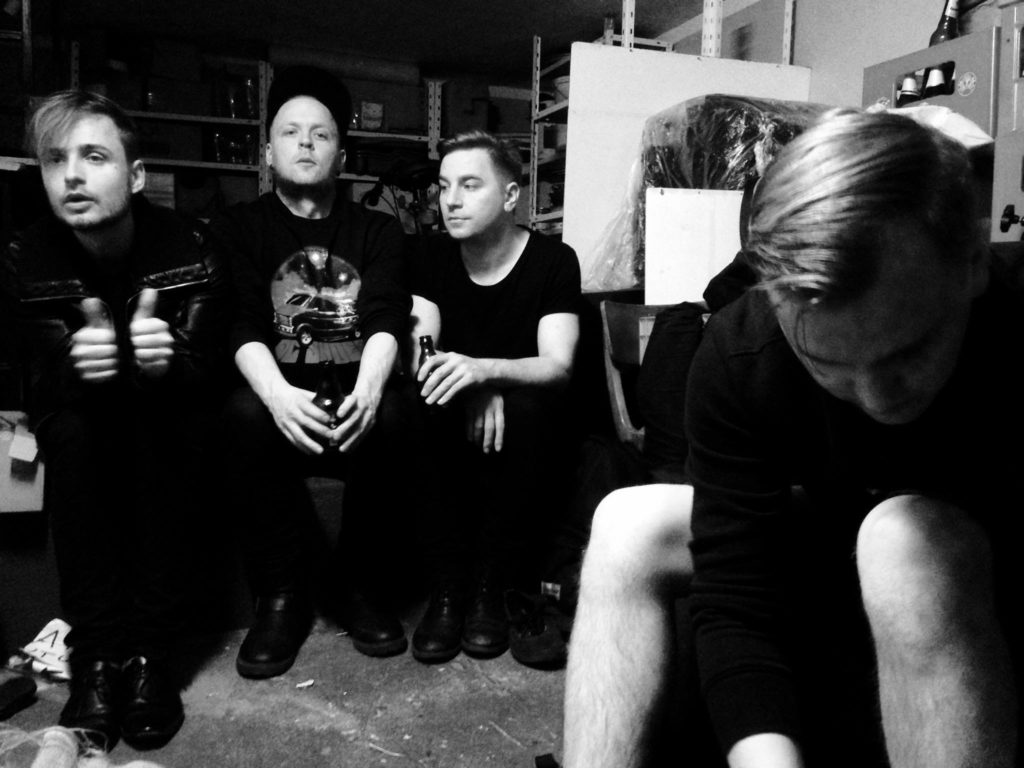 Two years ago Van Dammes sought me out in Texas from across the Atlantic Ocean following the publicity of their second EP, Flash In The Night. An interview I conducted was featured in Rank & Revue for the June 2015 issue. At that time, VD and I discussed topics like Serbian flight attendant, Vesna Vulović, aviation, drive-in’s and The Ramones. Recently, I received news from Van Dammes about the release of their third EP Vild Days. And I was happy to follow up with a second feature two years later in 2017. Two of the band mates from Van Dammes—Markus and Juho —partook in a written interview with me to discuss music videos, songwriting, baleen whales, Scandinavia, Thunderbirds mini-series and their recent European tour.

Does the band have a process for writing the music and lyrics? I am curious since the songs cover such a wide range of topics and sounds.

Markus Kujawa : It’s basically me and Juho who are writing the songs, but for this latest EP, our drummer also did one… about drummers. The ideas come from everywhere and you are right that our songs cover quite a wide range of topics. We write the songs individually but arrange them together. So the final sound is defined by the whole band.

I really enjoy the drum beats on your tracks. “Punk Rock Drummer” is a pleasant video. Where was it filmed? It seemed to be an old movie with the band mates zooming in and out. Will Van Dammes (VD) be making more videos in the future?

Markus: We used some old archive material for this video and added ourselves playing on it. We have done that with some of our previous videos, too. I think it’s nice to recycle old footage like this. We will definitely continue making videos.

Juho Talja: This was actually the first time we tried the so called green screen technique with our video. We made “Punk Rock Drummer” video with a very talented local artist called cameraman Panu Salonen and I think you can see that from the final result.

Tell me about “The Whale Road” and the interest in baleen whales? The song has an endearing sound of nostalgia to it and I am not sure why but I really liked it.

Juho: I’m very, very interested in baleen whales and other cetaceans. I think humans don’t understand how intelligent and sensitive those amazing animals really are. I believe that cetaceans are even way more intelligent that the science generally thinks at the moment and I think we should pay more respect to them. So, I wrote the song because I wanted personally to respect cetaceans. Especially the migration of the baleen whales is a really epic phenomenon which humans don’t totally understand and that’s what the song is all about. I also hate the human attitude according to which the planet Earth is only ours to rule and use. No way, there are millions of other species with whom we should share this planet.

“Scandinavian Action Rock” is a catchy title… what provoked y’all to write about Scandinavia?

Markus: Actually this song title refers to a specific music genre. In the beginning of the 21th century, at least in the Northern European countries, the term was used to describe bands such as The Hives, The Hellacopters, Backyard Babies, Turbonegro and The Flaming Sideburns… and pretty much all the bands a Swedish label called Burning Hearts was releasing. Actually I’m not the biggest fan of the genre but it felt necessary to remind people about this. I don’t know why though.

What did Van Dammes enjoy most about your recent European tour?

Markus: It was really cool to go to some places where we didn’t play before, like Croatia and Serbia. I also enjoyed the food and drinks everywhere. Have to say that punk concert organisers are very hospitable wherever you go.

Juho: It’s really hard to say what we enjoyed the most because every place we visited was super nice in their own way. We actually had quite different kinds of venues during our latest tour. There were small punk clubs and even some big rock venues. It’s always a pleasure to meet new people (other bands, organisers, audience) during a tour. One special memory of the tour is the cancellation of our Bratislava (Slovakia) show. We had to get a compensatory show somewhere in a very short notice. The night before, we played in Leipzig (Germany) with Dark Thoughts, a punk band from the US, and they told us that they’re going to play in Cracow (Poland) the next day. The nice guys of Dark Thoughts gave us a phone number of a very kind concert organiser gentleman called Wojtek who finally invited also us to play at his event. The show in Cracow turned out to be magnificent which was nice.

Where will VD be touring next?

Markus: We will tour in Europe again in autumn. We should also probably record something new soon cos we’d like to release our next EP or LP in spring 2018. 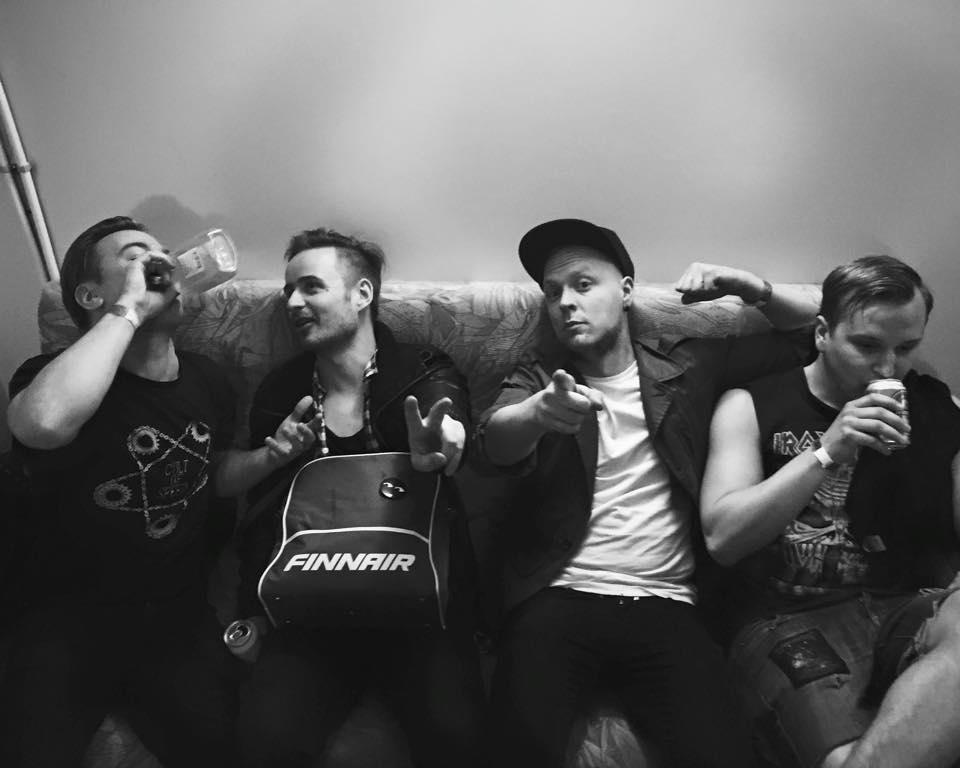 To listen to Vild Days or read more information regarding Van Dammes please visit their SoundCloud, Facebook or Spotify pages.