Van Dammes: Flash In The Night — by Nicolette Mallow 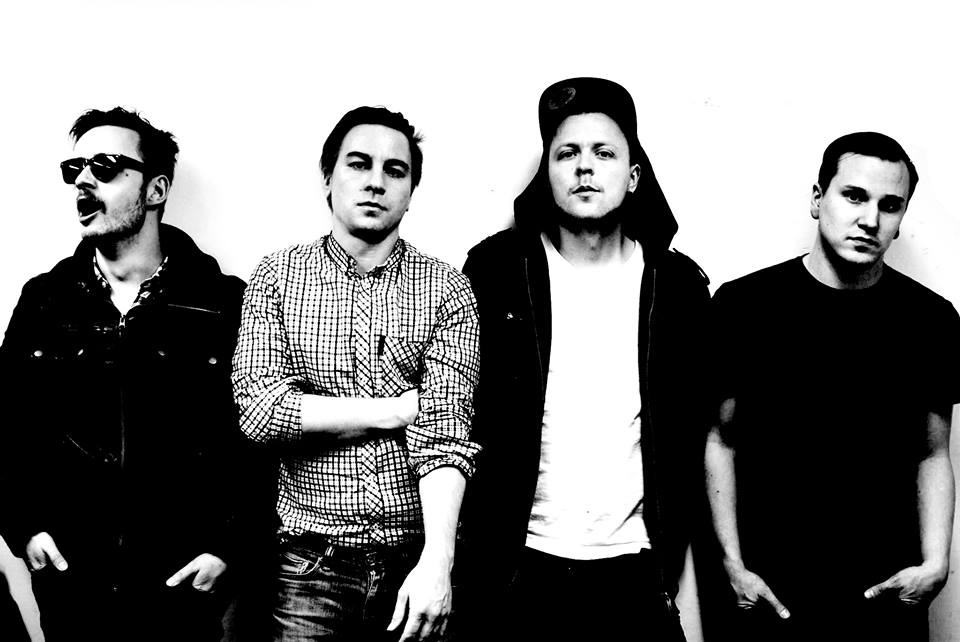 Van Dammes: Flash In The Night

Last month I received an inquiry and a lovely, detailed promotional package from a group of musicians in Finland known as Van Dammes. After listening to their second EP, I happily decided to write a story all the way from Austin, Texas. “Van Dammes are a Finnish four-piece garage punk band from Helsinki, originally formed in Brussels in 2013. Better Than Sex, their second EP, was released digitally worldwide on VILD Recordings on February 26th 2015. This brief but loud four-song recording was taped in the Finnish capital at the same place where The Ramones performed already in the 1970’s. The lead single, ‘Vesna (Flash in the Night)’ was released with an official music video on February 3rd 2015. The VD EP, Van Dammes’ debut, was released in April 2014, and it was followed by a short but turbulent tour. The release gained airplay on popular Finnish radio stations YleX and Radio Helsinki. Also, three official music videos were dropped from The VD EP.”

Listening to Van Dammes’ four songs on their second EP, I must admit that “At The Drive-In” is my favorite track because of the exciting drum beat that gets my adrenaline going, its rock-n-roll attitude, and the feisty, brazen lyrics. This track struck a good note within my inner-tomboy and made me want to go see live-music, or play loud music.

Normally I strive to interview people in person, phone or via Skype – but I opted for a letter since I was introduced to Van Dammes in writing. Fortunately Van Dammes was kind enough to consent for a written interview, and it was just as interesting as face-to-face. They proved to be talented writers, as well as musicians. Certainly, there is a voice in Van Dammes diction. Two of the band members specifically took the time to answer my questions: Markus Kujawa (vocals, synth) and Juho Talja (vocals, guitar). The other two band mates, Ilkka Hildén and Jussi Roine, were unavailable for commentary. 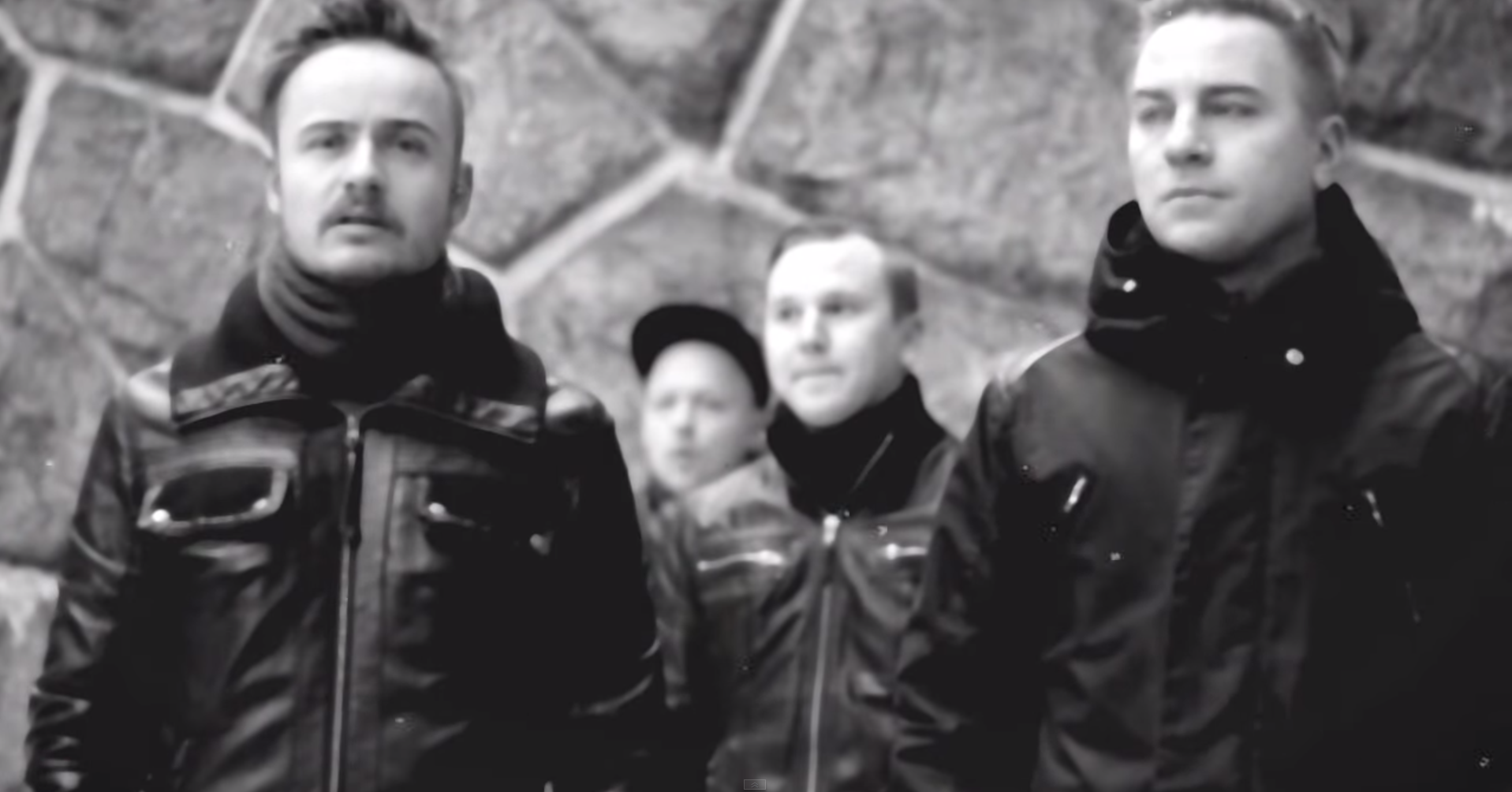 Snapshot of Van Dammes’ music video, “Flash In The Night” filmed in Helsinki. Photographed by the writer, Nicolette Mallow.

Mallow: Within the press kit and promotional package submitted to me, I read that Van Dammes (VD) have played at the same location in Finland as The Ramones in the 1970s. What venue was this?

Markus: The common venue in Finland both for Van Dammes and The Ramones is The Helsinki Hall of Culture. This is where The Ramones played back in 1977, and where Van Dammes recorded and showcased their EP’s nearly 40 years later.

Mallow: Have The Ramones served as an inspiration to VD? What other artists (or musicians) have inspired Van Dammes?

Markus: Although our music sometimes resembles the tunes of the legendary Ramones, it has never really been intentional to sound like them. In fact, Van Dammes were formed at the concert of Swedish post-punk band Holograms that inspired us to make something similar. However, we never made anything like they do, at least not yet.

Juho: I’d say also that the works of Jan Hammer have inspired us. At least at the spiritual level. 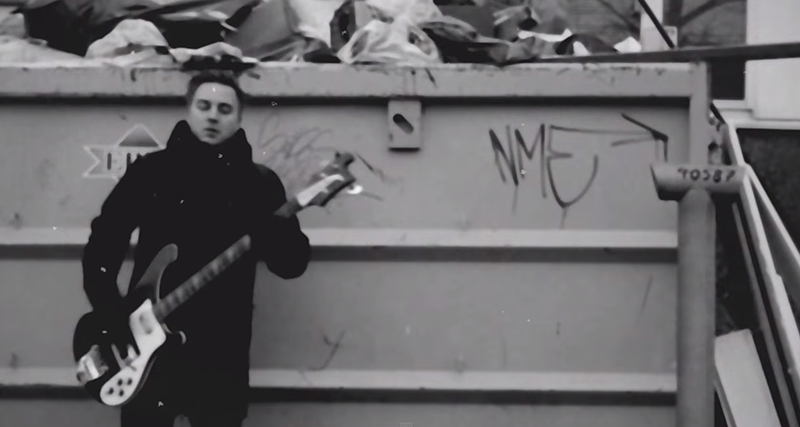 Mallow: The first single on Better Than Sex, titled “Vesna (Flash In The Night)” about Serbian flight attendant, Vesna Vulović was not only a pleasure to listen to, but I learned something. Is there a connection between her story and Van Dammes? For example, is there a hidden meaning or symbolism, such as hope of survival despite all odds? Also, how did Van Dammes come to discover this story? I was unfamiliar with Vesna Vulović until now and am curious if there were any specific reasons it was chosen to highlight your second EP, or whether the band simply admire her life story.

[On January 26, 1972, Vesna Vulović was working aboard a plane in Europe that crashed down from 10,160 m [33,333 ft] high in the sky. Vulović holds the distinction of being the world record holder, according to the Guinness Book of Records, for surviving the highest fall of any plane crash without a parachute.]

Markus: I happen to be a big aviation enthusiast, and in my opinion this story just deserved to have its own song, or actually its second song, since there already is one made in Yugoslavia back in the 1970’s.

Juho: There’s also another interesting survival story featured on Better Than Sex EP. “Frank Tower” tells about a man who, according to an urban legend, survived the sinking’s of the three ocean liners – RMS Titanic, RMS Empress of Ireland and RMS Lusitania.

Mallow: The music video for Flash In The Night is interesting and also visually pleasing. I like the black and white footage. Where was it filmed?

Markus:  The official music video for Vesna (Flash in the Night) was filmed on the streets of Helsinki in January. The freezing weather surely fixed our hangovers.

Mallow: The track At The Drive-In is my favorite on this album. Are drive-in’s popular in Finland? They are still around in Texas but very rare in comparison to their popularity of times past. 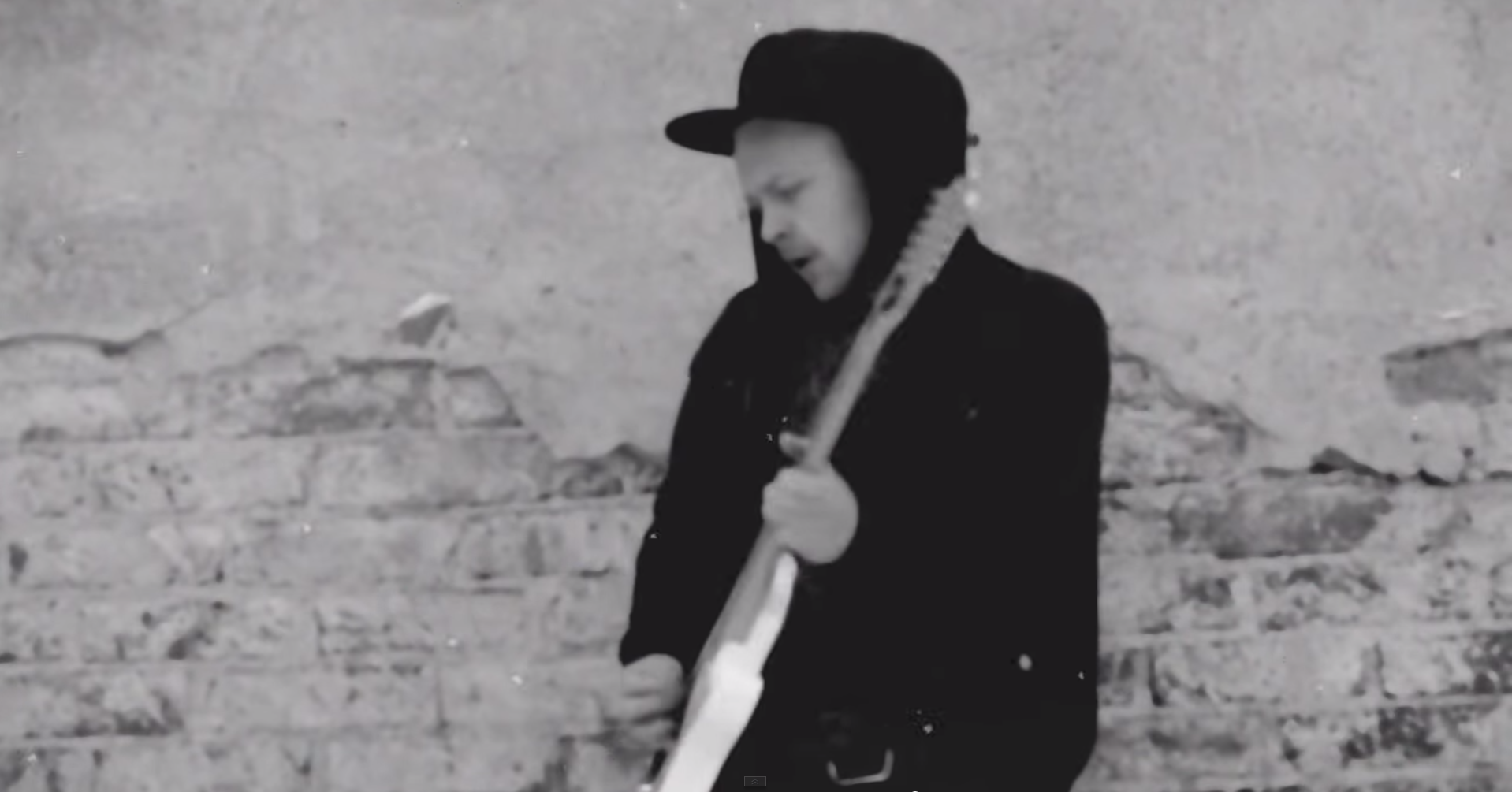 Juho: Unfortunately drive-ins are not that popular in Finland either, but my opinion is that they should be. Could you imagine a better place to go on a date? On the other hand the Finnish summer is so short that there would be like 3 shows in a year. The song At the Drive-In is an ode to the good ol’ days. The time when it really was something special if you played in a rock band.

Mallow: Speaking of monochromatic colors like in the music video, most of your photography seems to be in black and white? I like the theme going on. But I am curious, why the void of colours?

[Side note: When I read the reply to my questions about colours, even from oceans away: I was deeply amused and smiled with endearment. I laughed out loud and thought, “Yes, Van Dammes, y’all do look good in black. Touché”.]

Mallow: Will Van Dammes be touring to the US, Canada or Latin America any time soon? Where would VD love to perform most in the world? 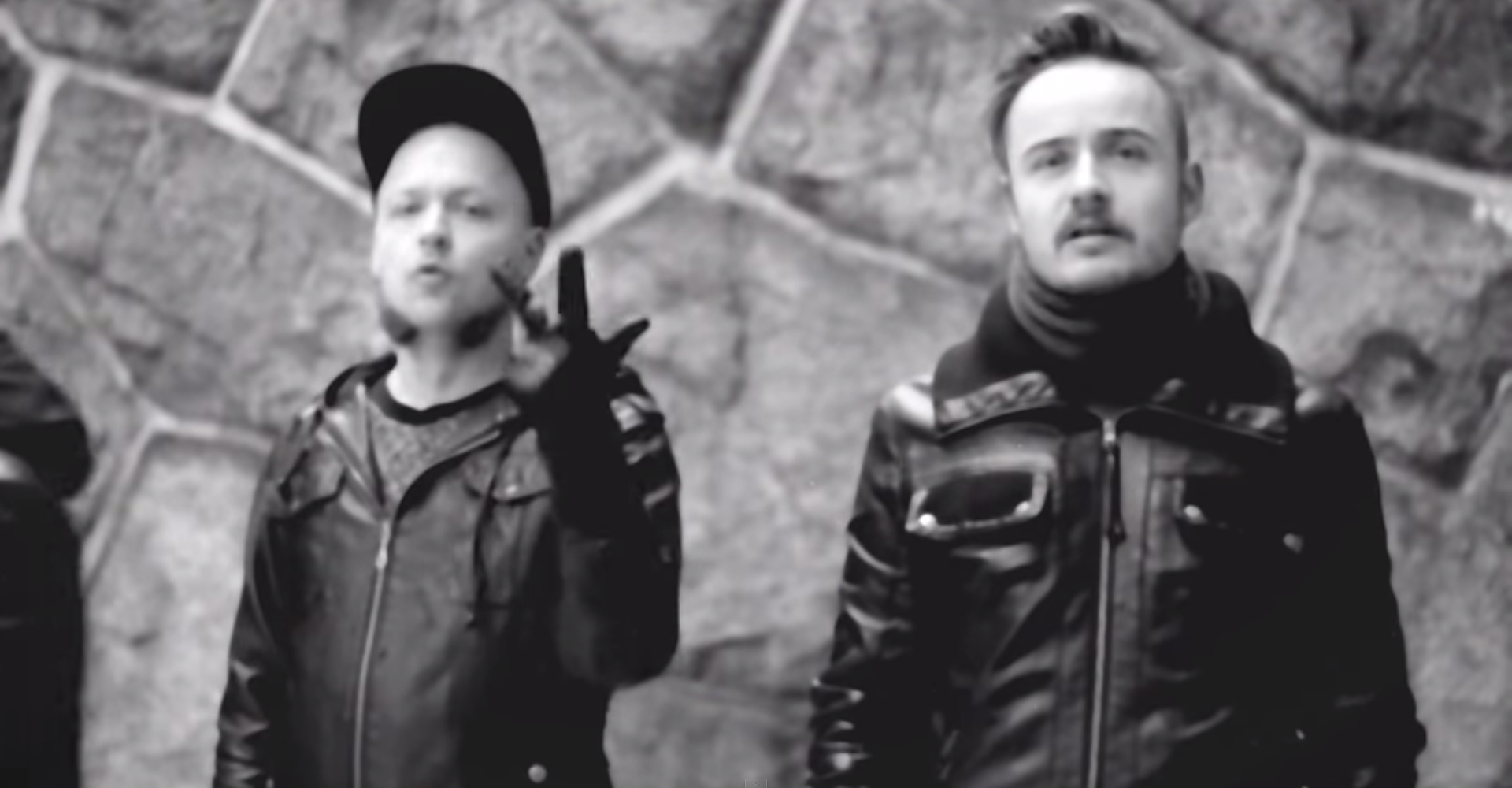 Markus: We are planning to tour the Americas in 2016. This year is exclusively dedicated for Europe due to our busy personal schedules. I think we would love to perform the most in Mexico.

Mallow: What is the meaning behind Van Dammes? Why was this name chosen?

Markus: Van Dammes was formed in Brussels, Belgium, and since the “good” old action film star Jean-Claude Van Damme comes from there we decided to name this band in this way. However, it’s only a name. We are not huge fans of the actor himself.

Mallow: Is there a reason a giraffe is the cover art on the album as opposed to another animal? Sorry if that seems a silly question, I am simply curious.

Juho: I met that happy fellow once in Lisbon Portugal. His name is Rui and he indeed is an Angolan giraffe. The Giraffes are really fascinating animals in every way. They look kind of clumsy and odd but they’re actually really fast and stand their ground very effectively if necessary. 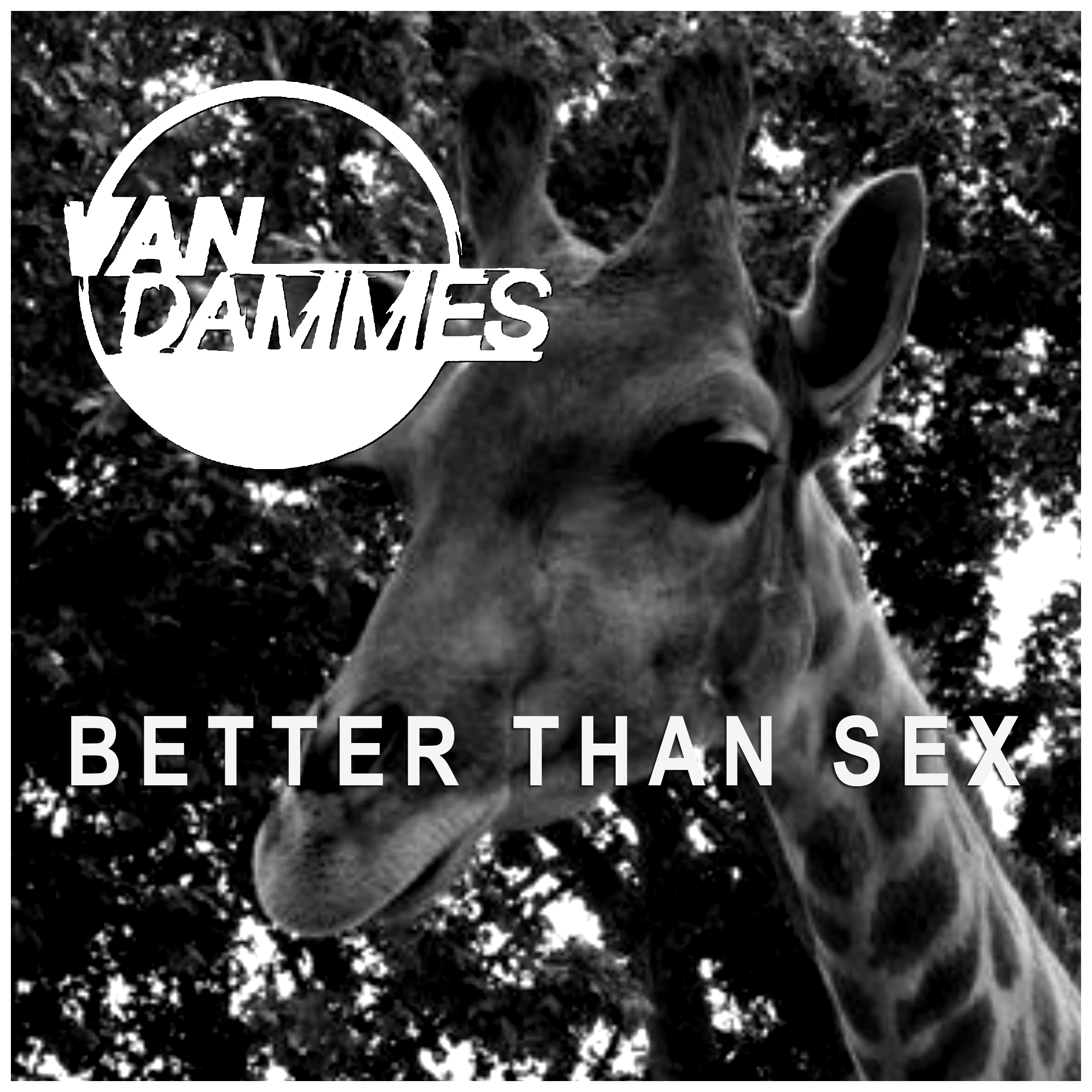 Mallow: The album seemed to mostly be in English. Does Van Dammes mostly write in English or Suomi and/or Finnish?

Markus: Van Dammes have only recorded songs in English. In the past, we have had other band projects in Finnish, and maybe it would be interesting to do something in our native language also with Van Dammes. We’ll see.

Mallow: Any upcoming projects for the next year?

Markus: We are going to a studio again in August but it’s still unclear whether we will record another EP or a whole album perhaps. At the moment, we are finishing a video for the song At-the Drive-In. It’s supposed to be out very soon! 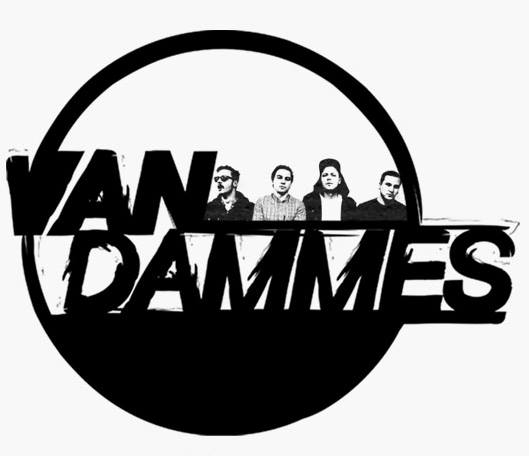 For more information, please visit Van Dammes on Facebook at https://www.facebook.com/vandammesmusic. Included on the page is a link to their albums on Sound Cloud, tour dates and other interesting facts about VD.