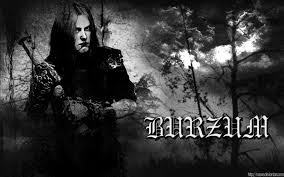 Trying to pin down the creation of Heavy Metal music has been a difficult and much argued subject that doesn’t show any signs of being resolved. Most of the beef seems to be in hot contest over whether the genre is an American or British creation. Whatever the case may be, there might be an easier task in trying to show the antecedents of Black or Death metal, a branch of the genre influenced by the occult and/or Satan worship.

One of the earliest bands to dip into the dark waters of Occult rock were Coven, the now legendary Chicago band primarily known for their 1971 hit “One Tin Soldier” from the “Billy Jack” soundtrack. Considering the lay public only knows the group for this contribution to pop culture, their first album “Witchcraft Destroys Minds and Reaps Souls” would probably curdle any top listener’s milk. The album contains odes to the Dark Lord such as “Pact with Lucifer” and “Dignitaries of Hell”, which may not seem too evil today but in 1969, could get you some pretty cold stares. Their stage shows were equal to the blasphemous qualities of their recordings, featuring people mimicking crucifixion and live Satanic Masses. The band’s career with their label, Mercury records, would come to a screeching halt when Esquire magazine published an article called “Fear lurks in L.A. “. The article reported in depth on the Tate-La Bianca murders and the Manson families supposed ties to all things in current Satanic culture. What sealed Coven’s fate was the photo Esquire chose to run on its cover, Manson standing outside a record store with their debut album under his arm. Needless to say, Mercury dumped them quicker than the wind from a duck’s ass. Coven released two more albums, but they were markedly toned down pop confections in comparison to their opening Satanic salvo shot across the bow of the end of the 1960’s. Apparently lead singer Esther “Jinx” Dawson released a new album in 2013, returning to the darker roots of the 1969 album. 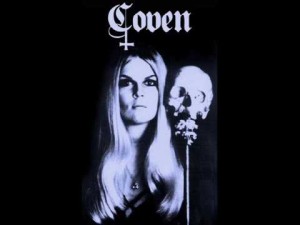 Another ancestor of heavy doom-laden influence comes from an unusual place, a little known prog band from 1969 called Jacula. Taking the name for an evil female Italian comic book character, the band’s debut “In Cauda Semper Stat Venenum” (translated “The poison is always at the end.”) oozes pure sinister menace. Combining crushing organ playing by band creator Antonio Bartoccetti, and hushed terrified whisper to a scream singing by Doris Norton, the album sounds like the soundtrack from a film depicting the bowels of hell itself. The producer of the album, only known as “Travers” is rumored to have absorbed the cost of the first 300 copies printed, and sent them out only to covens and Satanic sects. Bartoccetti grew tired of this overly sinister approach to his music after one album, so the subsequent “Tardo Pede In Magium Versus “ is a much more staid, traditional prog affair. Nothing can diffuse the spine chilling effect of the first album; just try listening to it, by yourself, at top volume on a stormy evening. 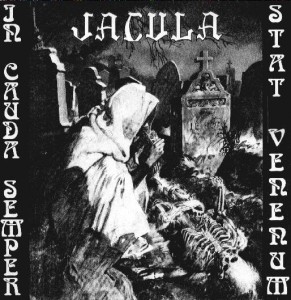 These bands are not very well known today, but their imprint is definitely on many younger current acts. If not on those of the Black Metal variety, then more so the bands belonging to the Pagan and Occult Metal genre. Groups like Blood Ceremony, Ghost, and Avatarium to name a few , are carrying on dark tradition that shows no sign of weakening anytime soon.

From these very different beginnings black and death metal became a term or sub genre (if you’re a snob) of regular heavy metal with bands like Venom, Merciful Fate, Celtic Frost, Possessed, Slayer, Obituary  and Morbid Angel without going completely overboard.  While bands such as Venom or Celtic Frost can be said to belong to both genres there is some bands who belong to only one. Bands such as Burzum, Darkthrone  and Emperor and many Nordic bands are strictly Black Metal.  Black Metal has set the stage for some of the strangest happenings in the metal scene in quite a long time. 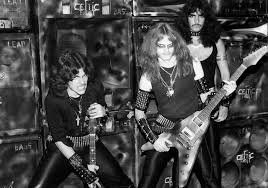 I won’t go into great detail because I’m assuming most everyone has read “Lords of Chaos” I think ever my mother may have. Well if you haven’t, go buy it and read it…one of the most entertaining books ever written.  So I will give you the cliff notes version.  Guy (Varg Vikernes) is in a band (Burzum) and gets really mad at another guy (Euronymous) who is also in a band (Mayhem) and stabs him multiple times in the head. That is not the only Black Metal slaying but, it is the one to get the most press and has turned guy 1 (Vikernes) into a sort of sub-frozen Manson.  There have been books, and giant magazine spreads (see Spin Magazine February 1996 article entitled “Satan’s Cheerleaders”) a really entertaining documentary “Until the Light Takes Us” directed by Aaron Aites and Audrey Ewell that was released on December 4, 2009. There are books and horror movies and strange movies all about Black Metal and the church burnings, killings, the music and the people involved with it.  I am not sure if Varg Vikernes is in jail at the present time, if not he is probably composing some Wagner like orchestral piece about Odin and the old Norse Gods and how much he hates everyone who is not from Norway. Although the musicians involved in Death Metal are trying to find the sub sector they wish to be involved in, this can get really confusing because there are so many now. If it is corpse paint you want, Black Metal is the way to go…but if you are looking more for an ever expanding sub genre of heavy metal then Death Metal it is! 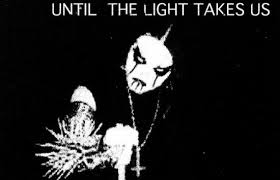 We have talked about the possible beginnings of Black Metal and Death Metal but certainly this is a music genre that can’t be commercialized, right? Wrong, this brings us to where we are today. There are certainly some hardcore Black Metal bands such as Enslaved or Gorgoroth, and Death Metal bands like Disgrace or Decrepid and then there is Baby Metal. The Japanese have combined the long standing idol band (girls who sing at malls and the like who are followed fanatically by mostly middle aged men) and Death Metal. It is pretty damned entertaining; I got shown a video by a friend and then showed it to one of my friends and so on. It is catchy; the musicians are amazing and the girls cute in the gothic Lolita gear that has been altered to look more like a cross of hot topic and a D&D convention. It’s a strange phenomenon but it is nothing new in a world where you can see your totally square neighbor in a Black Flag shirt mowing the lawn. Shock Value is always good, at least where music is involved.  There is an abundance of both Black and Death Metal out there and to go through it all would require more memory than your computer has.  This is just an introduction; you can do the remaining research on your time.  So praise Odin and Satan and turn up the volume! 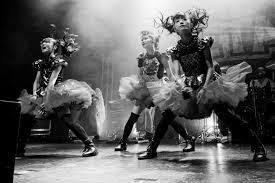