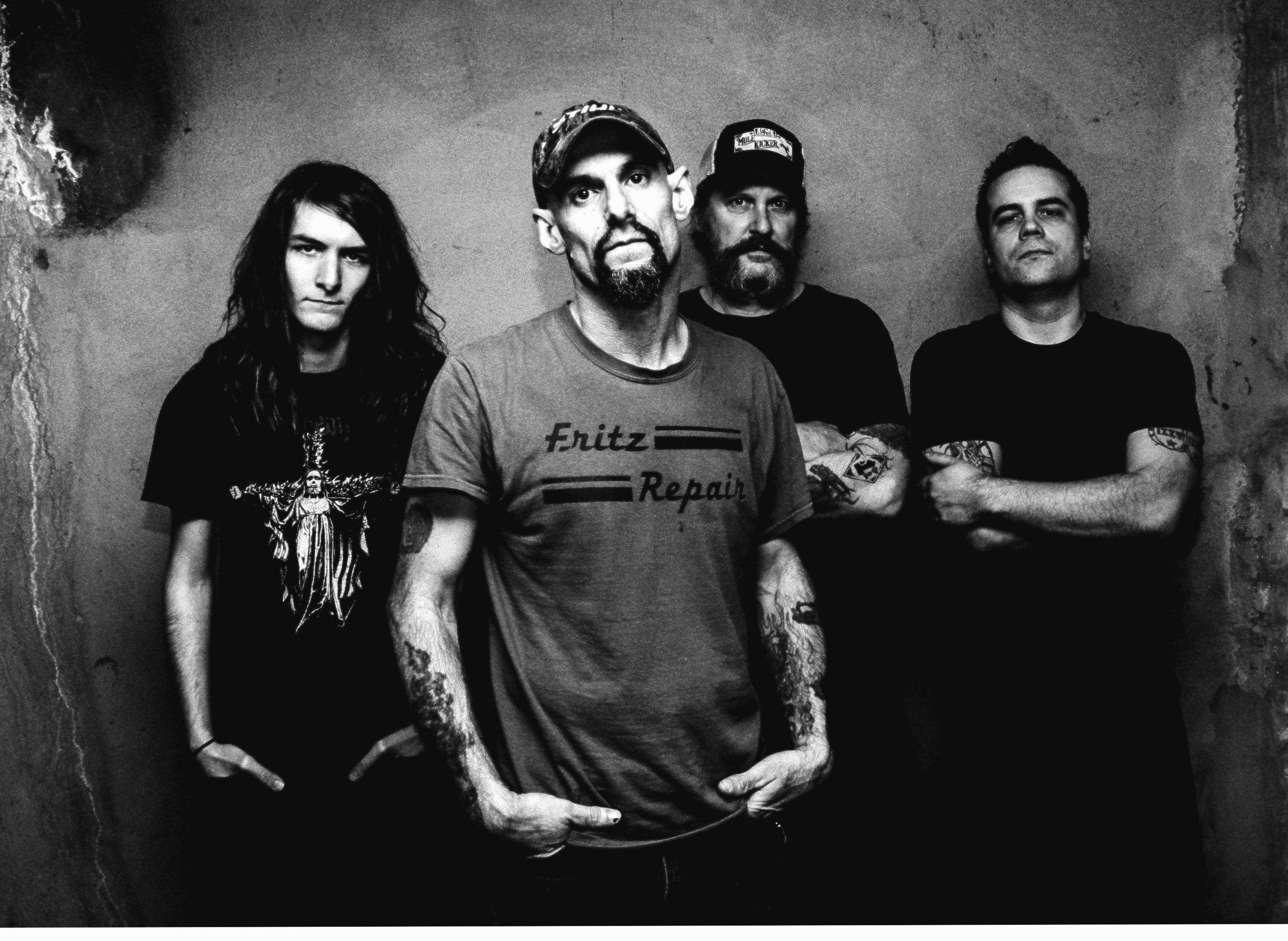 WW: So you guys are releasing Hellbender, your first full-length album in 13 years, on March 30th. What were you guys up to those years  and why did you keep us waiting so long? Were you still active musically? If so, what projects did you have going on?

Zeke: We had a lot of personal items to attend to. We had about 6 yrs worth of material that didn’t get released as part of either European 10″ s or Relapse 7″ s we put out in that time frame pared down to 11 songs and about 45 mins of music that was supposed to be an album titled ‘ Thunder In The Ozarks’. We went in to record that in Feb. ’16. I had to leave and work for a bit. When I got back my band was no longer. My buddy Dan called me up and said he talked to Kurt who hadn’t played with us in years. He had Dayne, who was playing in a Mentors cover band at the time. Sonny came back and then left and Kyle, who played with the Hookers and Axe Ripper sent us a video of him playing all the songs from Death Alley. We flew him in immediately. We rewrote the album in 2 wks. Renamed it Hellbender. I was in a heavy band called Hellbound For Glory. Lords of the Highway is one of their songs that ZEKE covered…Kurt was doing Load Levelers and Shark Chum.

WW: Hellbender will be released on Relapse Records and was produced by Jack Endino (High on Fire, Nirvana, The Accused). What was it like working with him again?

Blind Marky: He’s just so fast.We knew we had to get him cuz we needed immediate results. This album was such a big project, originally. With 7 min. ZEKE songs, if you can imagine that…I just freaked out when I had to try and teach it all to the new guys, and decided, ‘fuck this, we are writing a brand new faster than hell hardcore rock n roll record!’ Which is what we did. Wrote 8 songs, recorded them in a week with Jack. Went to Europe, came back. Wrote 8 more, recorded them in another week. Only Jack could have made that work. It’s a pretty hard and nasty sounding record compared to any of our other releases, due to time constraints. 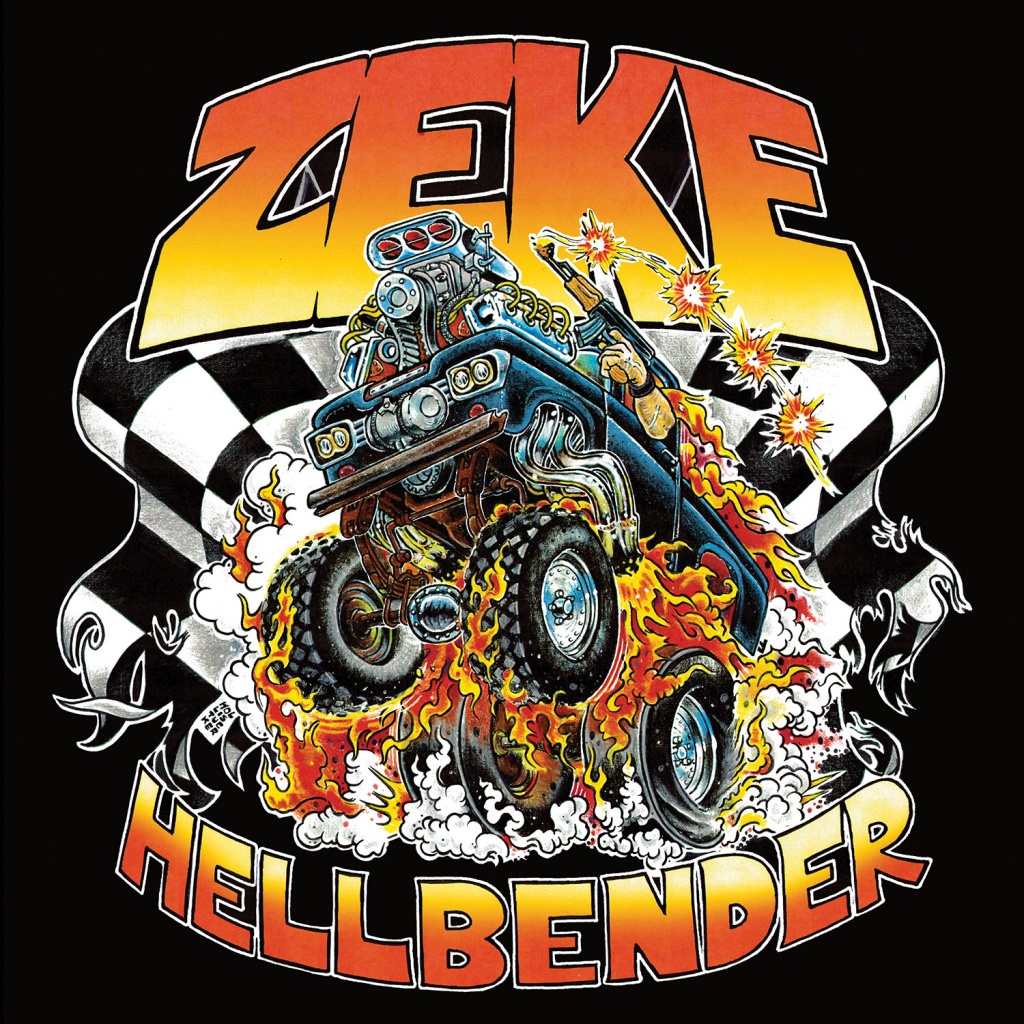 WW: You guys have a headlining European tour gearing up at the end of March. Are you stoked? How long has it been since you toured Europe? What place are you looking forward to playing the most?

Blind Marky: Last summer was incredible. I imagine this will be more of the same. Its easier with a clean and sober band, which we had before…but not anymore.

WW: What is different about touring Europe, versus touring in the US? And is a fall tour of the States in the works? I heard a rumor about some Nashville Pussy something or other…

Blind Marky: We did the Nashville/ZEKE tour already. We will be with Weedeater in the late Summer, early fall. European shows are mostly amazing, probably due to great booking via Mutti booking. US is a mixed bag for us. We never know what to expect.

WW: I know that you guys released a CD with Peter Pan Speedrock from the Netherlands years ago. Are they still active and will you be seeing them while on tour? Or, better yet, playing any shows with them?

Blind Marky: They are no longer a band. But the Dutch 10″ we did with them is one of the best things we’ve put out, I believe.

WW: When did you guys write / record Hellbender? Was it all composed with current members? Or was some of the material previously written yet unrecorded?

WW: Does the release of Hellbender and upcoming tour mean that Zeke will, once again, become your main gig?

Blind Marky: It has been for a year and a half now. But art isn’t work to me. I do this cuz its a God given gift. And fun. I’ll probably be bendin’ nails by next year, ha ha!!

WW: What do you guys do for a living while back at home in Seattle?

WW: How do you sing so fast? Were you an auctioneer in a previous life? What’s the longest song in your catalog? The shortest?

Zeke: I grew up around a lot of bluegrass music in Arkansas. And yeah, auctioneers always fascinated me. If Thunder In The Ozarks ever gets released, you’ll hear some long ass ZEKE tunes. Currently, the slower, heavy tunes we’ve done are the longest. Kings and Queens and maybe Ever Onward. Shortest? Um…don’t know.

WW: You guys have lots of artwork with cars, as well as songs about cars and speeding (Super Sound Racing ), and you play fast as hell. What kind of cars are you guys driving these days? Is there a racer, biker or mechanic amongst you?

Zeke: Nah. It’s just imagery that fits. Me and Kurt have lots of bikes. We do a lot of our own work. He’s a better mechanic than me. I raced MX for 2 yrs. But I wasn’t serious. I  did get seriously hurt, though. I drive jacked up 4×4 pickups. Kurt has an ancient Hudson, a Charger, and he might have a big 4×4 pickup as well…

WW: A number of your songs have been used in Tony Hawk video games. How did you guys hook up with him? Any plans for soundtracks in the future? I also read that a song was featured in the hit show Orange is the New Black! How are you guys working that kind of magic?

Zeke: We didn’t do any of that. It’s only production guys getting drunk, coming to our shows and deciding to tell everybody on their crew that we need to use these guys on this show!  Then that shit gets processed through… I’m guessing here, Wendy.

WW: Who are you listening to these days? Any new bands you care to give  shout out to?

Zeke: The Convictions are an amazing band out of the PNW that sound like early Mayhem/ GG/Black Flag/ early Alice Cooper that have to be seen to be believed. We like D.A.C. Old ZZ, KISS, Sabbath, Annihilation Time, Bathory, Darkthrone, Necrot, Slayer, Priest, Maiden, Charlie Daniels, Ted Nugent, Disrupt, Nausea… 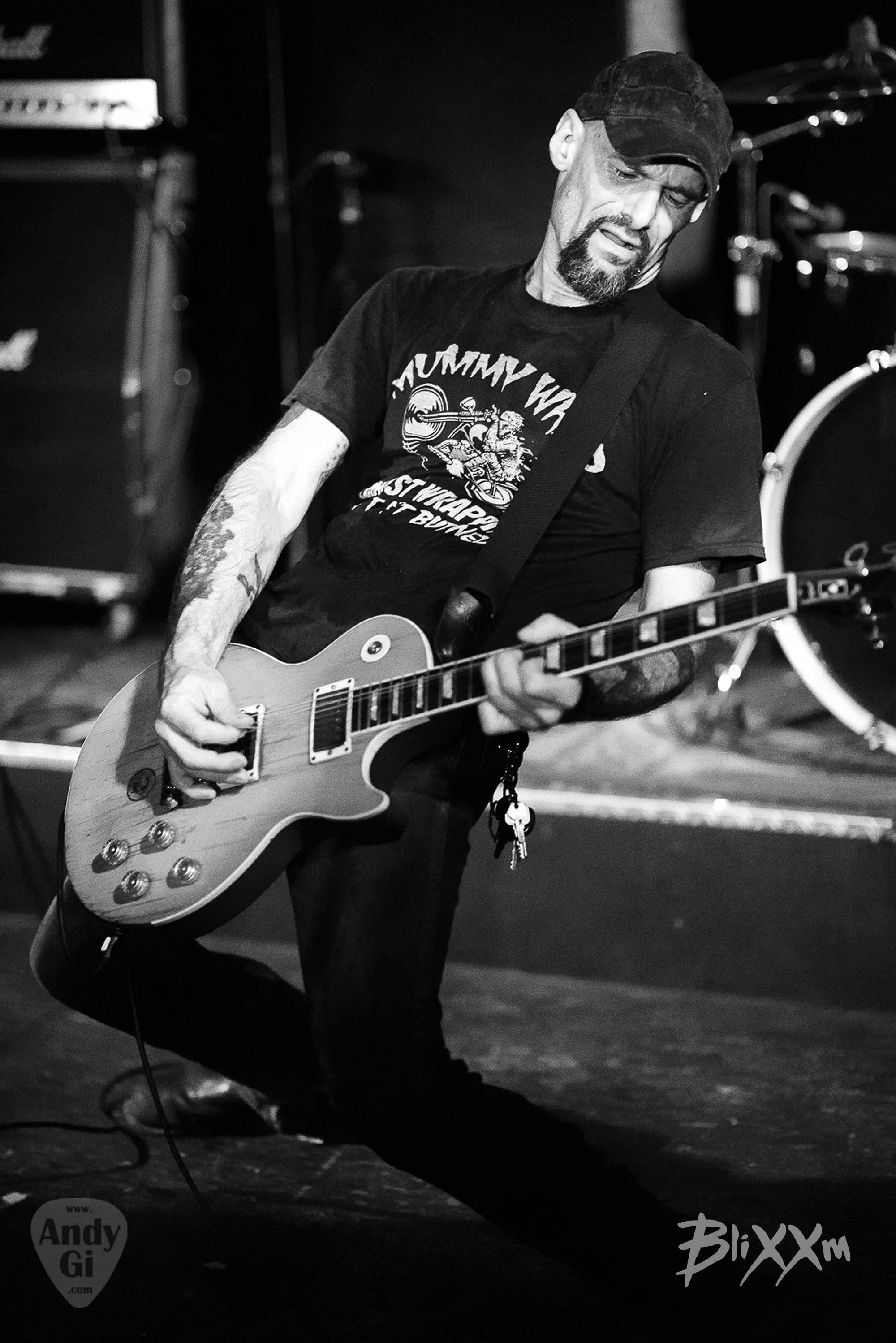 WW: You guys have seen a lot of change in the music industry since founding Zeke in 1992. What has changed for the positive? The negative?

Zeke: I’m just lucky anybody ever gave a shit about what we do. Thank you, Jonathan, Danny, Don, Epitaph, Relapse, Richard, Jim!

WW: If  Zeke had a mission statement, what would it be? In 5 syllables, I mean, words, or less?

WW: If we could look into a crystal ball and see Zeke’s future, what would YOU hope to see?

Zeke: One more record would be cool. I think.