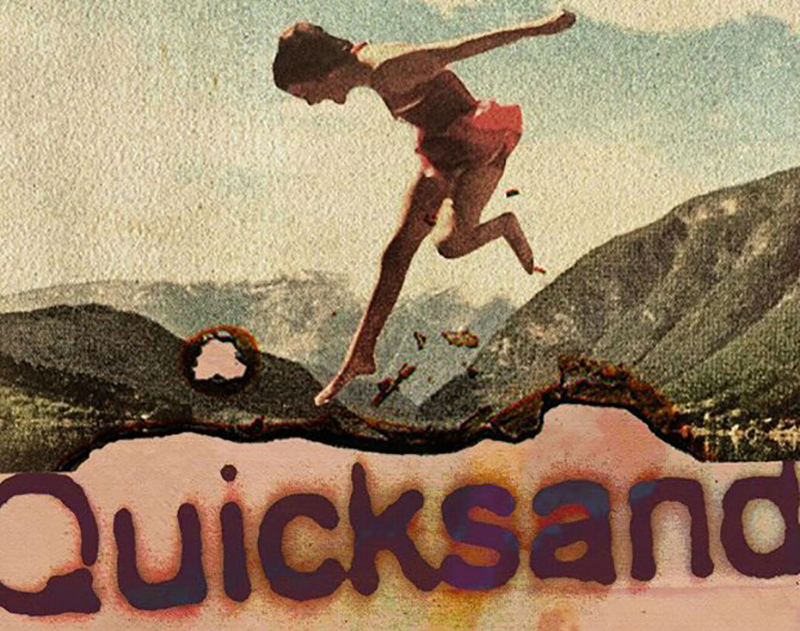 On tap for tonight was Post Metal/Hardcore dudes from NYC….QUICKSAND. But first, another band I was totally looking forward to checking out after taking a gander at them via youtube. NO JOY is proof that Canada is a damn good filter for artist for whatever reason.  Music, Actors, Comedians. Yep. Though labeled a “shoegazing” band (and there is no denying they have that vibe), the two blondies up front turn it up to 11 at times, taking it to heights that most shoegazers could only dream of (pun intended).

A couple of shots from their set below….the pics sorta hint to the fact that they didn’t just stand there like zombie robots in the hunched back pose.   It is refreshing to have an opening band no be EXACTLY in the same genre as the headliner. 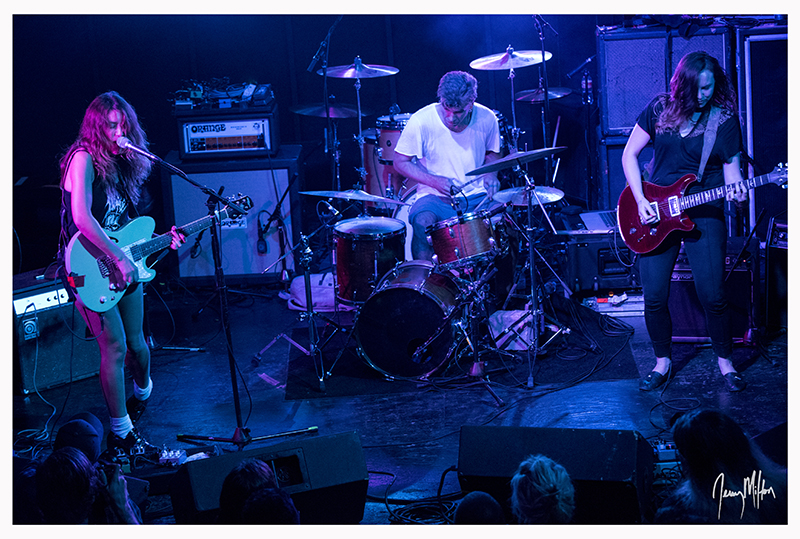 One more slushy song before we move along.

Now onward to aggression by way of QUICKSAND !! The Helmet crowd was definitely in attendance. 1990 all over again, which I have zero problems with.  The band had called it quits in 1995 and again in 1999 and after a “one off” performance in 2012 was back touring, which totally makes sense as they have an upcoming release on November 10th. One can already “pre-order” it HERE.

Enough of the new stuff, let’s check out one of their classics, “Fazer” since that is what they started the set off with…

Their set was fairly short, but of course their songs tend to be long, so I don’t think anyone really noticed or felt short-changed. The ended the night proper like with “Delusional”. Hope they keep up the touring bit, as I’d like to see them again. If you’re in Europe, both bands are touring together thru November….I’ll paste the info at the bottom.

I’ll leave you with a shot from the show. Cheers. 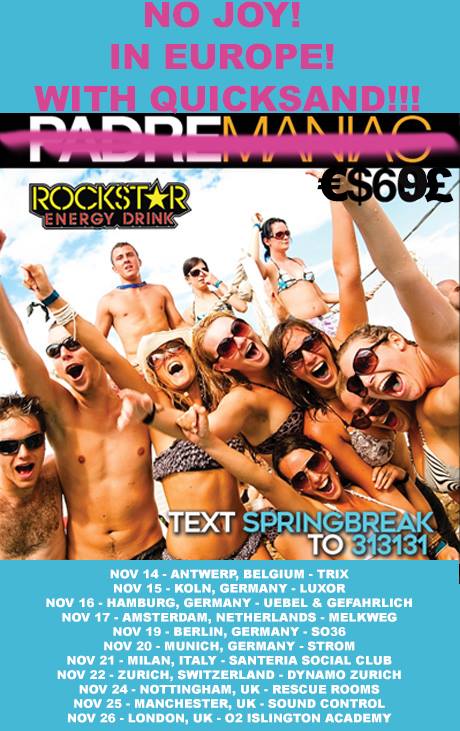