The Last Dicks Show, a Sad and Happy Farewell 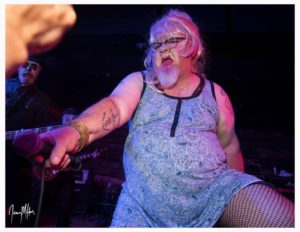 This show was rumored long before it happened, then it became a reality. Everyone bought their tickets (those who had not were taken care of at the show) and were ready to watch this amazing band play their last performance. The shows sold out in hours. Old and young coming to see this band that has such a important place in Texas Punk Rock. I’m not going to give a history of The Dicks, I will say that their past members were there in spirit. Glen and Davy were missed to be sure, but Gary, Buxf, Brian, Pat, Mark, Dottie and Walter commanded the stage and put on an amazing show. 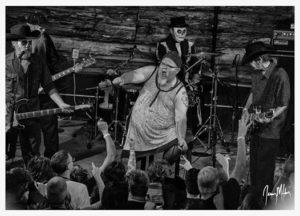 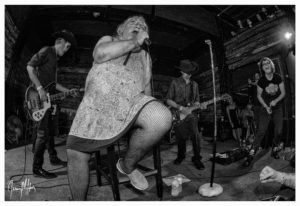 The show was more than just a final go round for the Dicks, it was also close to a high school reunion for many of those who came from as far as Boston or as close as Houston for the shows.  Texas was always a very tight knit scene. The Dicks were one of the first bands to make their mark, along with the Big Boys and many more. I have lived on the east coast and the west coast, never have I been to a state that was as close to being a large family as Texas. It was not only a get together for us older folks, for many younger fans it was their first time to see this piece of music history. I was pretty amazed at the many people I met who were so happy to have this chance and to see the looks on their faces, it was pure joy. 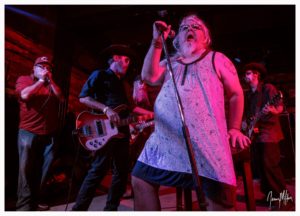 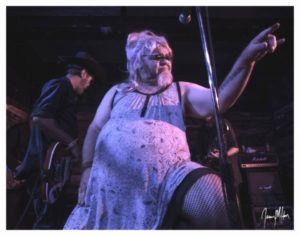 There were no fights that I saw. I only made it to the first night, I’m hoping that it was as amazing and cohesive as the first night. It was like being at a show at any club in Austin, Dallas, Houston when I was a kid and far too young to be there for a night. I saw people I have not seen in over thirty years. The amazing thing about the friends you made back then, they seem the same with a few gray hairs maybe a wrinkle here or there. The feeling of seeing them was a break from a year that took a lot of friends from us. Watching the Dicks and hearing those songs, singing along brought back that feeling of us against them. The camaraderie, to put in a fancy fifty cent word, was the same. The songs, still had the same power of the words Gary wrote some forty years ago. Time may have changed a lot of things in the world, but they haven’t changed that. 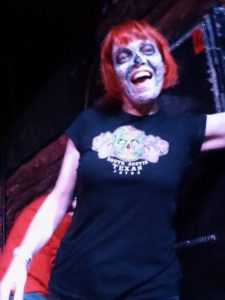 We are still, most of us, not the richest or the fanciest people on the planet. What is the same is that we have each other. These songs about being the outsider, being someone other than what is considered “normal” still strike a cord. They still make us feel like we are important to each other and that history will recognize what we were all a part of. For that I want to thank Gary, Buxf, Pat, Glen and the others who came to be a part of this band. Thank you for being such an amazing part of my youth. I’m sure many others feel the same way. Thank you for making a year that took so many people from us not suck so bad. I really hope that someone taped this show. This was definitely a historical moment in time. We are lucky to be a part of it, even it was as a spectator. 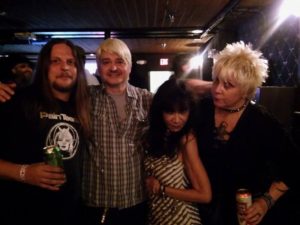 Jerry Milton, Mara Beth and myself.