Even if ya didn’t have a date cuz your girlfriend was dead, there was no reason not to  throw on your Dickies pants, strap on your Van’s and head on down for Huntington Beach punk rawk by way of THE VANDALS. To open things up before hand, perennial local bad boys from Round Rock, the Krum Bums hit the stage, David Tejas spewing Lone Star (right into the “snake” which took out his vocals, haha).

A couple of weeks after this gig, it would come out that Dave is apparently the BBQ master.  Check out his representation of Punk Rawk BBQ on a recent episode of “Underground BBQ Challenge“. The locals are always up to the task at hand, regardless of the stage and it was cool to see them on the outside one at the Mohawk. Go check out their music and buy some shit at this link. Hell, the “related artists” on this search are awesome as well.  Lower Class Brats, The Business, Clit 45, The Casualties, The Adicts, Monster Squad, heck Google is pretty damn smart. 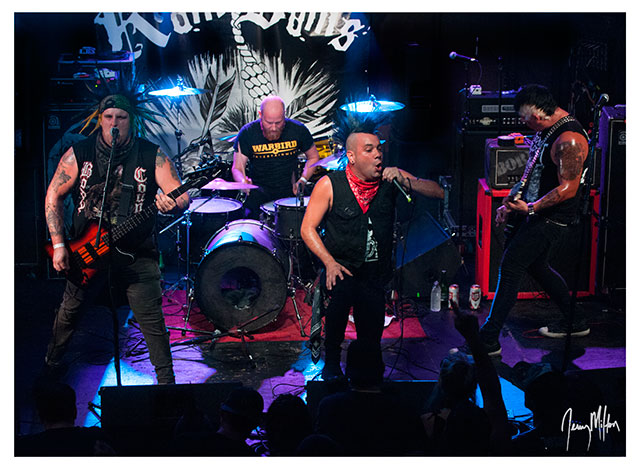 With the kiddos fully aware of the Krum Bums forcing them to snap out of it, whether they wanted to or not, it was time for The Vandals. After seeing all their videos thru the years, I was looking forward to actually checking them out live. Dave Quackenbush’s shuffling around the stage antics has Southern California written all over it.

Funny, it wasn’t til I checked out their Wiki page, that I was reminded of their Penelope Spheeris by way of Suburbia/Dudes connection. Damn how time flies. One minute it was 1983 and BOOM, two thousand and fuckin’ fourteen. flick of a switch. Needless to say they pumped out hit after hit….My Girlfriend’s Dead,  I Have a Date and so forth. 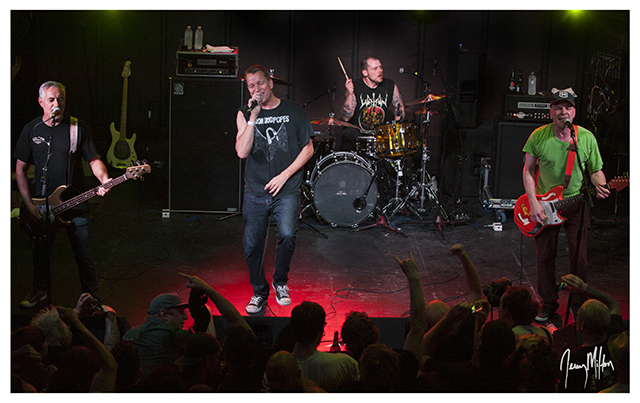 Guitarist Warren Fitzgerald ended their set by switching places with Dave followed by climbing the speaker stack and saying hello to the folks on the balcony. A proper ending to a badass night. 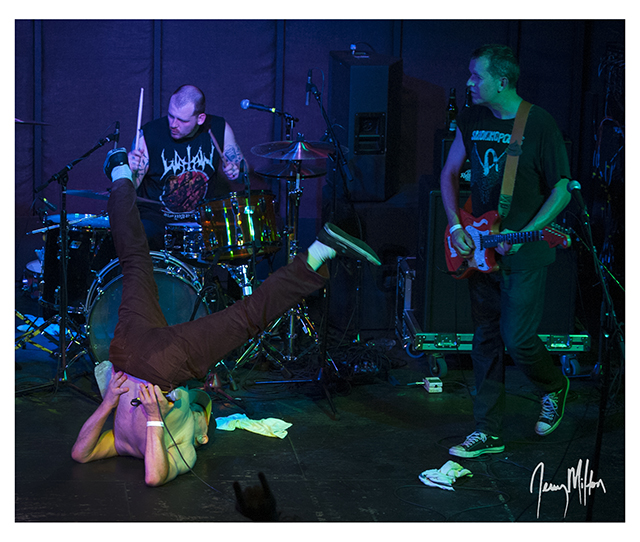