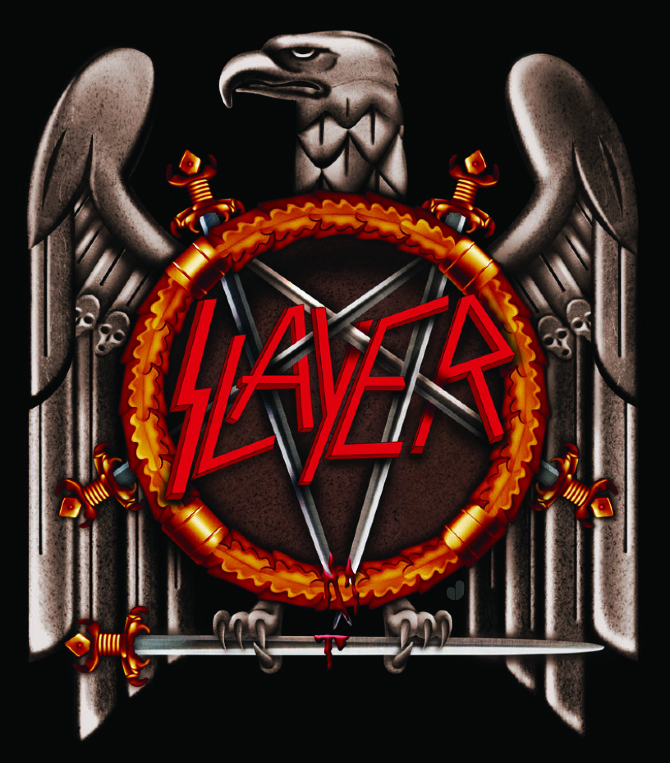 The Slayer seemingly annual run thru Austin was upon us once again, by way of FFF Fest and as of late, the Moody Theater. I had caught Anthrax at the same locale last year, so I wasn’t expecting too many changes or being wowed moments. That was before DEATH ANGEL hit the stage. 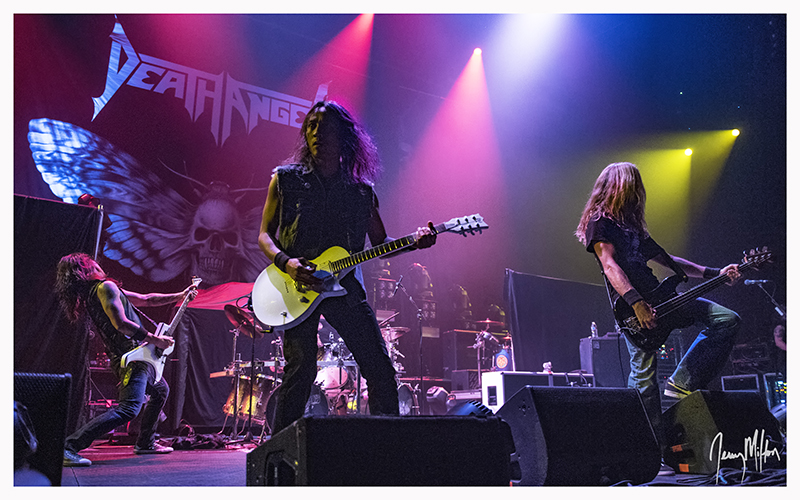 By way of the Bay Area, this Thrash Metal band has been kicking ass since before you were born (1982). Fresh off the release of their 8th studio album “The Evil Divide” on Nuclear Blast Records, the boys came tearing into the Anthrax/Slayer crowd with the instrumental classic “The Ultra-Violence“. I was hoping they would knock out what should be the theme song for the Trump administration… “Hatred United / United Hate” off the new album, but instead they ended the set with the title track “The Moth“, from which the album gets it’s name. 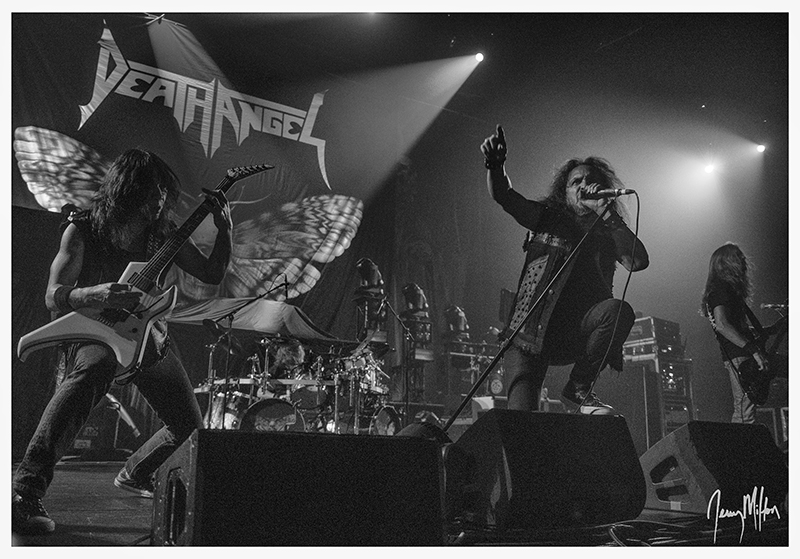 In case you missed Death Angel this go around, never fear as they are headed back thru town at the Come and Take It Live (formerly Grizzly Hall) on Feb 26th w/ Devildriver, Winds of Plague, The Agonist, Azreal, Death of a Dream. Gig and ticket info here. 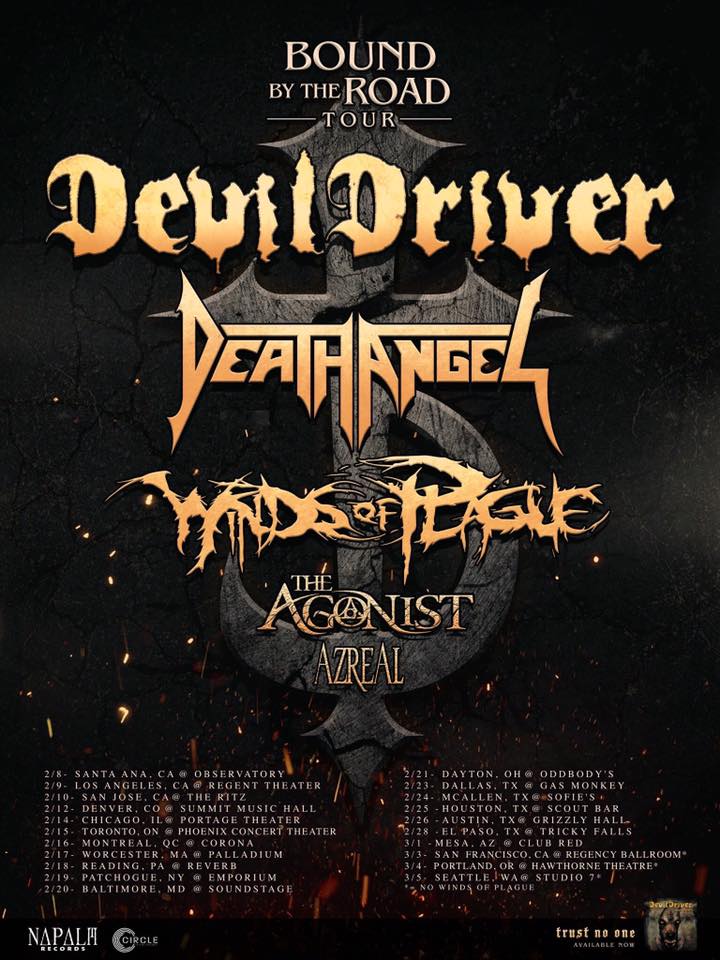 And then it was time for Death Angel’s label mates ANTHRAX….and I gotta say their set was way way better than the last time I had seen them. Maybe it was because they were stuck in between Death Angel and Slayer, so that they had no other choice but to turn the knob to 11. They started off the set playing the first 2 songs “You Gotta Believe / Monster at the End” off their latest album “For All Kings” which was released in Feb. of 2016.

From a couple of tracks off the latest, they slammed into “Caught in the Mosh” from ’87. They skipped around from decade to decade for the next few songs…”Fight ‘Em Till You Can’t” then another one off their latest “Evil Twin” and after a few more blistering songs, finished things off by going back to ’87 again with “Indians“. 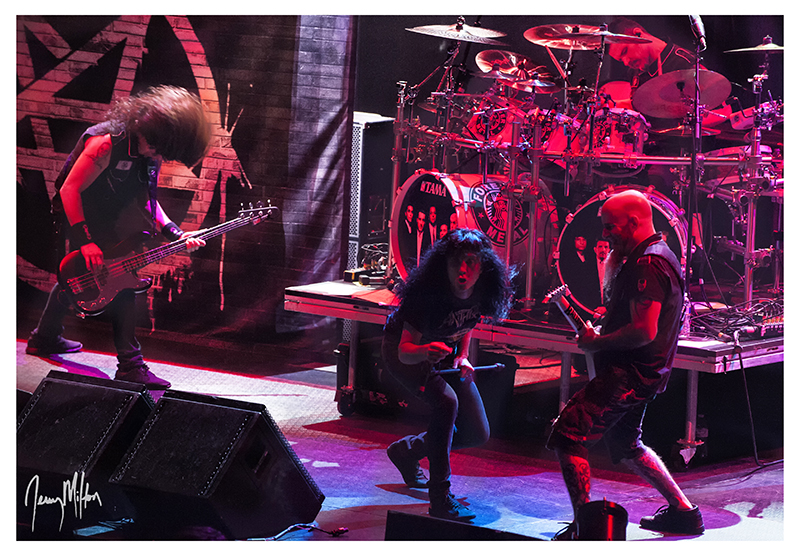 And finally it was time for the always long set change (they gotta lotta shit, y0) of SLAYER. ..though the Moody Theater folks and band crew knocked that shit out pretty damn quick. I gotta say right off the bat, the group LOOKED different. Well not Kerry King, dude probably looks the same 24/7, chains hanging from him even in the shower. They did seem to be enjoying themselves a hell of a lot.  Probably always way less stressful playing these kind of gigs as opposed to Festivals with a shit ton of bands. 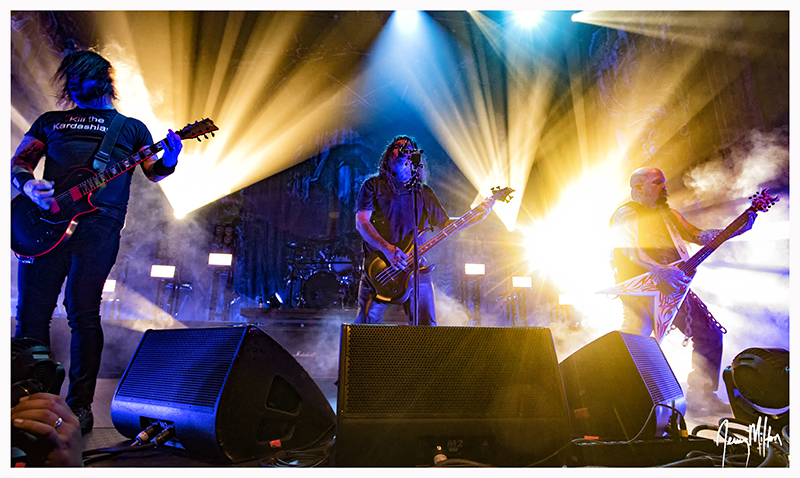 The set list was 20 songs deep, home fries didn’t come to play.  Rather than rattle off all of the songs, if you’re interested it can be viewed here.  They were badass, so that is pretty much all I gotta say. What song did they end the set with? No peeking before you guess. Duh, Angel of Death. 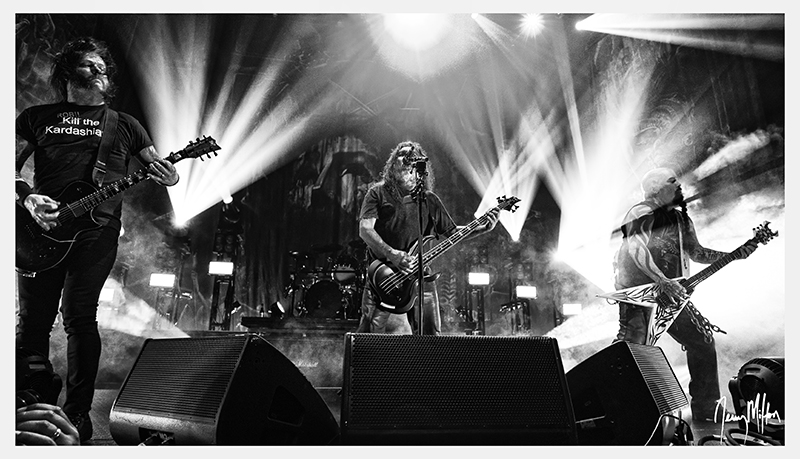