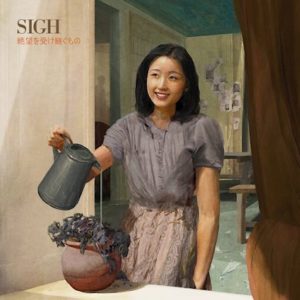 Sigh is a Japanese metal import that I first discovered between their Hangman’s Hymn and Scenes from Hell albums. The best way I can describe Sigh to most people is a Japanese Black Metal Mr. Bungle. I know that is a lot of unpack, but if you listen to this band’s discography especially the later part of it you will see their transition from a more standard black metal sound to a more avant-garde style of metal. They are a band that loves to throw curve balls at the listener and push their sound in all kinds of directions. I never know what I will get with a new Sigh record, but I always know it will be interesting and brutal.

As with all Sigh albums (especially the later you go into their career) you come across them blending more genres and instruments into their songs. That is one of the reasons I always enjoy listening to them. I also feel they are one of those bands that makes albums that should be listened to from front to back. There is a lot of diversity on their albums and sometimes some of their songs seem out of place unless you listen to the sum of all the parts. Their newest album follows the same experimental tendencies and even takes them in new places. I would love to see these guys live because I hear their live shows are insane. Regardless if you like metal with some other sounds thrown in and haven’t checked out Sigh do yourself a favor. To someone like me that listens to all genres of metal they are a breath of fresh air and a band I can always count on to surprise me.