Rock and Roll and the CIA…by Jesse Sundvall

Jimi Hendrix was killed for his backing of the Black Panther party.Brian Jones was drowned by three unidentified “workmen” for being an icon to the youth of the sixties counterculture. Jim Morrison given a hot shot by a French drug dealer who supposedly also supplied Janis Joplin the same pure dope that caused her overdose.Was he a covert C.I.A. operative involved in a massive conspiracy to kill off the cultural idols of a generation? I don’t believe in any of these theories, but there is strong documented evidence that a government backed project called “Operation Chaos” was keeping tabs on many rock musicians of the sixties. “Operation Chaos” was originally a Chilean government creation, simply known as “Chaos”, designed to repress the youth culture by killing off key players with overdoses, “accidents”, etc. The C.I.A. working in tandem with fascist elements in Chile at that time and thought elements of “Chaos” would work pretty well in putting down the anti-government youth culture bubbling over at home. Thus was born a covert op that would involve surveillance (certainly), intimidation (supposedly) and assassinations (doubtfully) of rock musicians and counter-culture figures lasting from the late 1960’s on into most of the 1970’s.

Anybody interested in this subject should read Alex Constantine’s book “The Covert War Against Rock” published in 2000. The book serves both true believers and skeptics thought provoking theories on the deaths of various rock and hip-hop luminaries, starting in the 1950’s on through to the 1990’s and beyond. Being in the skeptic camp, I find Constantine’s theories about “Cointelpro” and “Operation Chaos” origins and their intentions to keep tabs on potentially subversive youth culture pretty well researched. It is when he gets into the head swirling spider’s web of far fetched assassinations and all it’s tenuous connections that he begins to lose me. A good example of this is his assertion that Michael Hutchence of INXS’ death by auto-erotic asphyxiation may have been a result of his involvement with a document about the 1960’s US backed incursion into East Timor. Nice try, but that particular Kissinger-backed slaughterfest is too well known to be of any threat to the government and methinks Mike just liked to get off while being choked. The book is still an entertaining read whether you think “they” are out to get, or you just enjoy reading about rock and roll mythologizing. 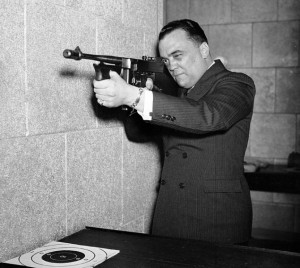 This entry was posted in Commentary. Bookmark the permalink.