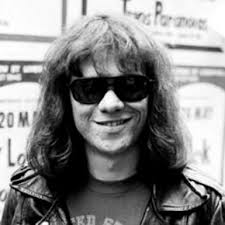 The last living member of my generation’s version of The Beatles passed away from Cancer on July 11, 2014. It hurts to think that there are no more “original” Ramones left out there. There are people left who still use the moniker of Ramone but it’s not the same. Joey, Johnny, Dee Dee and Tommy are gone now. It almost seems like it would be the time to just retire that name all together. I can remember every time I saw the Ramones, even the first time I snuck out of the house at the age of 13 to do it. It was faster than anything I had ever heard and as catchy as a Carpenters song. This was not only Punk, it was some of the best Pop songs I ever heard in my life. That still remains true to this day. The lyrics were not something you heard on Top 40 radio, but man did they ever stick in your head. The shows were one of the best live music experiences I ever had. Tommy played drums for the Ramones from 1974 to 1978, but remained on behind the scenes producing several albums. He was from a family of holocaust survivors who moved to America in 1949. He played with John Cummings (Johnny Ramone) in a garage band in high school. He was always involved in music, from being a Ramone to producing albums for the Replacements. He had a full and exceptional life. If not for the Ramones many bands never would have gotten the courage to get up on stage at all. These were four guys, who looked like someone you would run into on the street. They were not the Rock Star types, and made music that was accessible to everyone. I think my mother even knows one. It’s hard for many people to think of it as being over but the last Ramone has left the stage. Long Live the Ramones.