An Interview with Matt Olivo of Repulsion 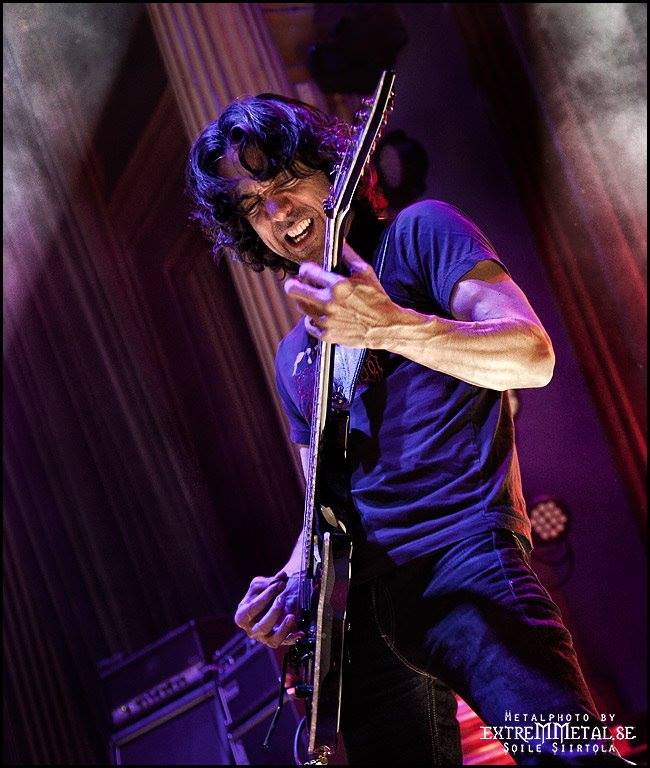 WW: Who are the current members of Repulsion?

WW: Any plans for recording any time soon? It’s been awhile since something new was released.

MO:  The only plan we have right now is to just go out and have fun playing shows.  Our one and only album was recorded in 1986 and released in 1989 so indeed it has been a while-but we’re okay with that.  Who knows what the future holds though. 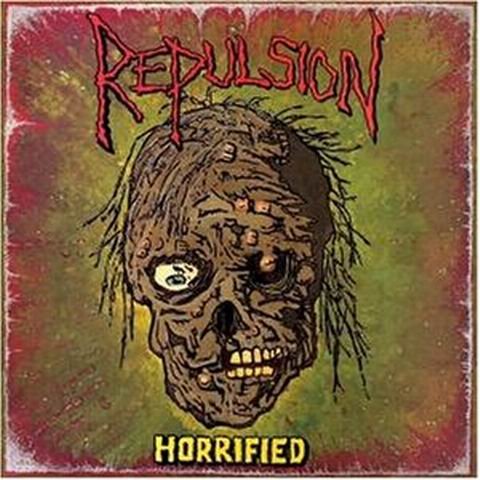 WW: Are you guys currently on tour? Or was the Housecore Horror Film Festival a one off?

MO:  No, we’ve never actually toured…we did a string of dates in Europe/Scandinavia this year…wasn’t really a tour though…we’ve made a career out of one-offs!

WW: You guys have been cited as influences by a number of huge bands (Napalm Death, Impaled, Entombed) and have also gained the reputation as pioneers of grindcore and death metal. What’s it like being founding fathers? Did you ever think you would be so influential?

MO:  I suppose we did think we were “on to something” back in the day, because nobody sounded like us, but it was a strange place to be. Our contemporaries were getting record deals and tours while we were getting zilch.  Of course, I’d like to think it was because we were ahead of our time.  🙂 In reality, fans have recognized us for our efforts in the early years of extreme metal and we are most grateful. 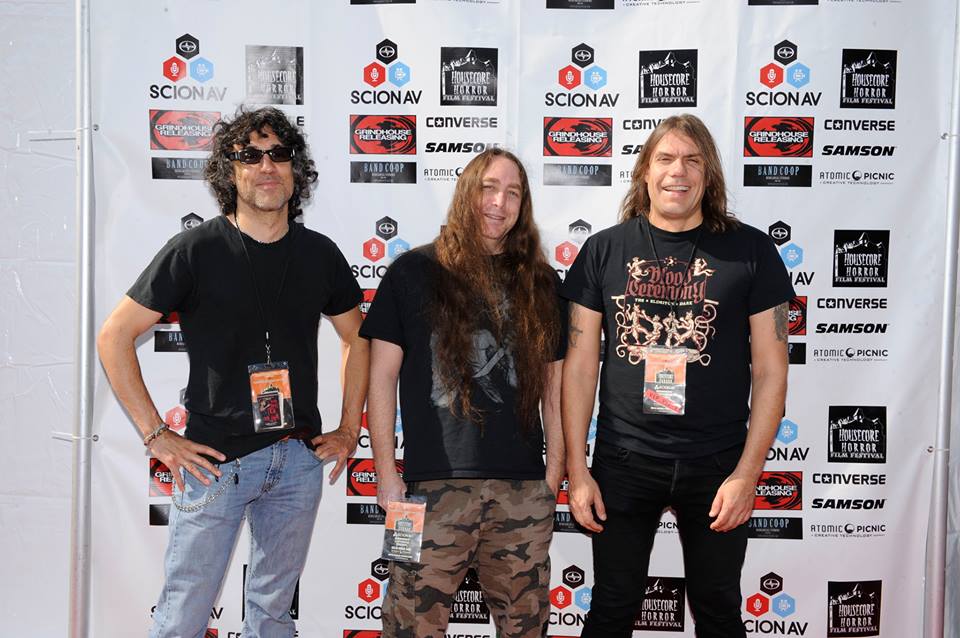 WW: Do you think that re-release by Relapse and the Internet explosion increased awareness about Repulsion?

MO:  Absolutely!  Our fan base/awareness grows every year because of the Internet and social media.  Thank you Vint Cerf  (inventor of the Internet) and Matt Jacobson (President, Relapse Records)!

WW: What prompted you to join the army?

MO:  My band was going nowhere and I needed to get out of my home town (Flint, MI).  I also wanted to go to college.  After I did 4 years in the Army, I completed a Bachelor’s degree in 3 years then moved the fuck out of Michigan to Los Angeles where I’ve been working in the film/television industry ever since.  I had a great time, actually and I’m proud to have served my country.

WW: What do you guys do for day jobs? Or is Repulsion your primary job?

MO:  I’m a sound editor on television shows and indie films.  Scott is a digital file (movies, sound, web, etc.) conversion engineer and Col is-believe it or not an actual cancer research scientist.

WW: What ever happened to Dave Grave?

MO:  I’m not sure.  I tried to stay in touch.  He still lives in Michigan.  He’s got a grown kid who plays in bands and such.  He’s a bright guy, I’m sure he’s doing well. 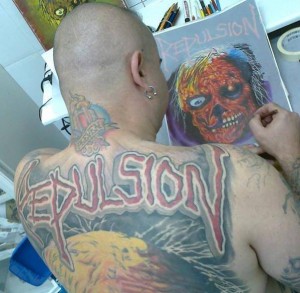 WW: Who are your biggest influences?

WW: What’s your definition of success in rock-n-roll?

MO:  Well, I think being happy is the definition of success in anything.  As long as you’re having fun with people you enjoy being with…and there’s cold beer and/or whiskey within arm’s reach, then you’re doing ok!

WW: What do you think is vital to a band’s longevity?

MO:  I really don’t know.  I guess we wrote some catchy tunes.  We were clever little devils…we’re also very real.  We never got into the rock star attitude.  I think that exudes in our presentation.  We don’t alienate our fans by being larger than life, and I think that works really well for us. 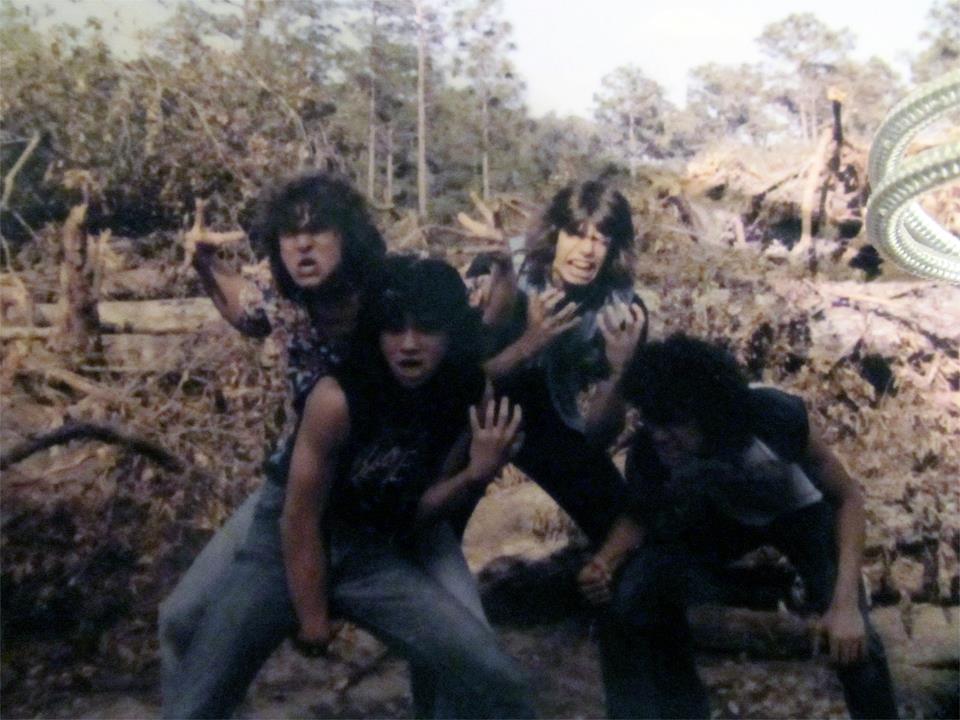 WW: What are your top 5 tour destinations?

MO:  We have already booked Hellfest in France…our second time-it’s a great festival!!!  We also have a weekend of dates in Europe in August. We’re also talking to some folks stateside about booking some cool shows…we’ll see-

MO:  Keep the whiskey safe and the bullets dry….and always, always be sexy!  🙂 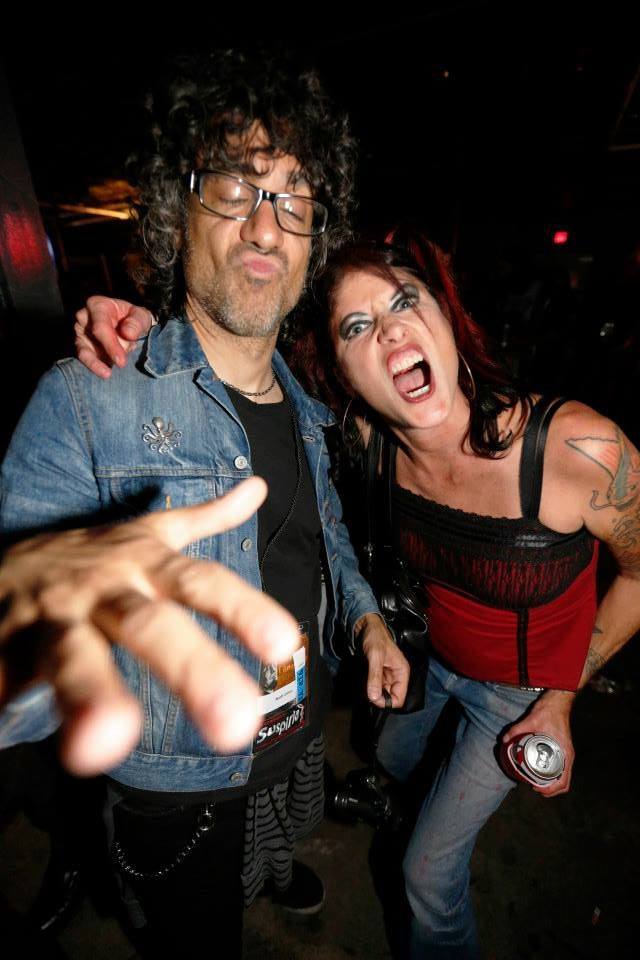 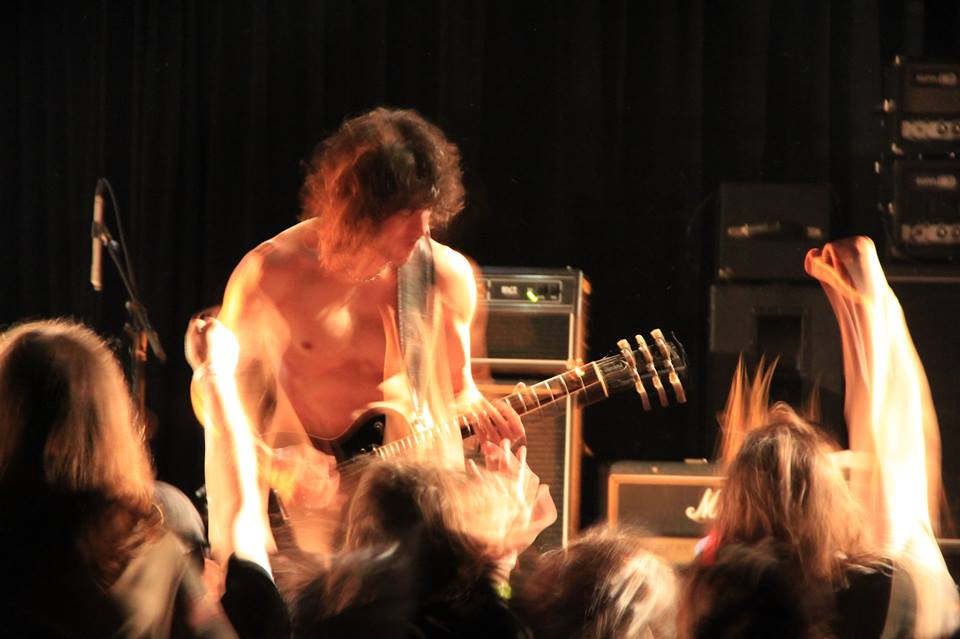