Lou Reed: The Moving Image Beyond The Music

Lou Reed; The Moving Image Beyond The Music 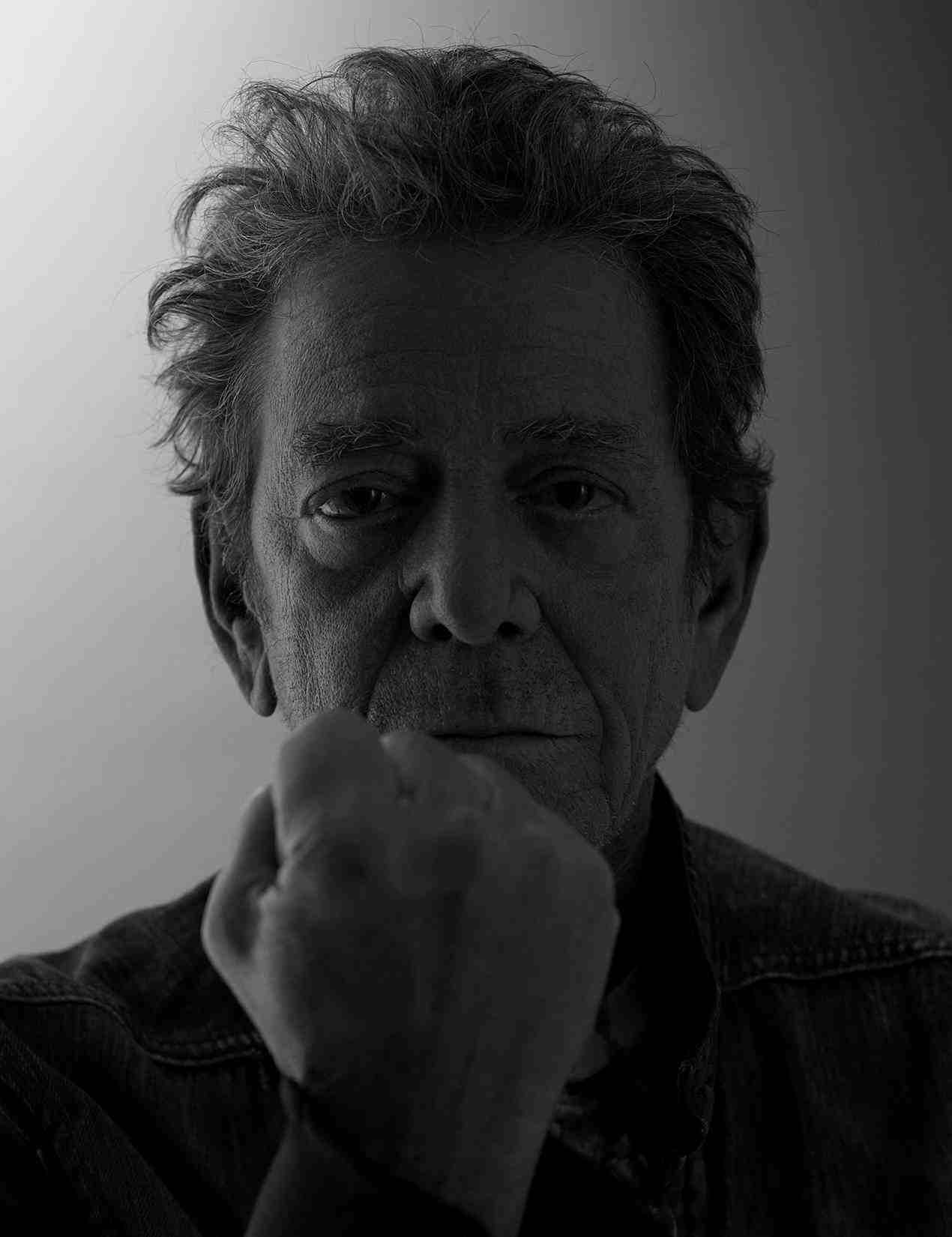 The death of Lou Reed on the 27th of October was a blow felt not just throughout the music industry, but the entire world. Images of the man that have become iconic from his record covers, to Mick Rock’s photographs will forever be a part of popular culture. Moreover, there are films, documentaries, television appearances and voice-overs for animated films. From the beginning of his career people were aware of his association with Andy Warhol who, fortunately for all of us, documented everything in sight through Polaroid snaps and film. Lou Reed was the subject of four of the infamous “Andy Warhol Screen Tests” which involved a person sitting and being filmed with no instruction and no script… sometimes for hours. 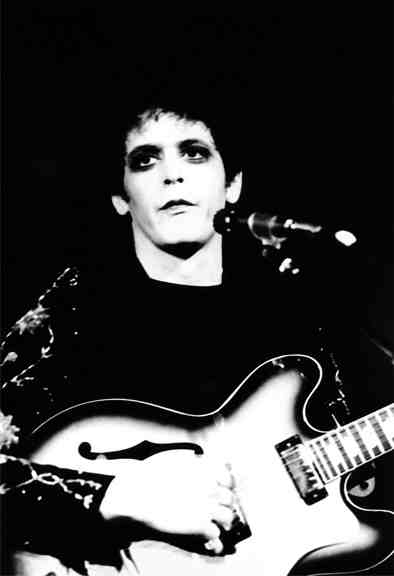 He appeared as himself in several films including “Permanent Record”, “Faraway, So Close!”, “Palermo Shooting“ and “Prozac Nation“. He is also in countless documentaries that feature Andy Warhol, The Velvet Underground, New York City and various other subjects. He directed and starred in a short documentary film titled “Red Shirley” about his cousin Shirley on the evening of her 100th birthday. His songs are used in numerous soundtracks for film and television. Julian Schnabel filmed a concert documentary of his album “Berlin”. There are also films that star Lou Reed as himself. 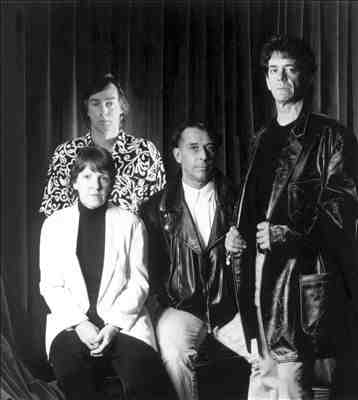 One of the more interesting character roles is in a film called “Lulu on the Bridge” where he is credited with the role of ‘Not Lou Reed.’

In the film “Blue in the Face” Lou Reed plays a “Man with Funny Glasses”. He is a counter guy in a smoke shop in New York City. He comes across as a kind of rambling prophet of the city, talking about different subjects such as NYC, the possibility of leaving NYC, the horrors of Sweden, how horrible Long Island is, smoking and of course his glasses. This movie was the follow up to the movie ‘Smoke’ both directed by Wayne Wang. “Blue in the Face” was released in 1995.

“One Trick Pony” is a bad film. I’m sorry I can’t be kinder. It’s about rocker Paul Simon’s struggle as an aging  star. One of the only good parts about this movie is Lou Reed as Steve Kunelian, an overbearing Phil Spector kind of producer. The funny thing is that the music Paul Simon is angry at Lou Reed’s character for producing does not sound that different than the crap he would start shilling out in the 80’s. Lou does an excellent job of portraying someone you would not introduce to your ugly cousin. This film was directed by Robert M. Young in 1980. 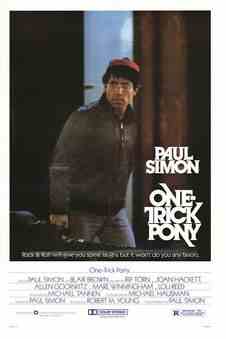 He did voice over’s for several animated films, first of which would be 1983’s “Rock and Rule” (a favorite on the USA channel show Night Flight in the 80’s). Lou Reed provides the singing voice of Mok, the villain of the film who wants to rule over the dog world through Rock and Roll. He is accompanied by Iggy Pop singing as the Monster from another Dimension, Debbie Harry singing as the heroine Angel, and Robin Zander singing as the hero Omar (speaking parts were all done by different voice actors). Clive A. Smith is credited with Director and Storyboarding this film with hundreds of other animators, graphic designers, musicians and the list goes on and on. The film looks a lot like a Ralph Bakshi (American Pop, Wizards, the animated The Lord of the Rings) film, but not as good as a real one. He voiced the character of Emperor Maltazard in “Arthur and the Great Adventure” 2009, and again as just Maltazard in “Arthur 3: the War of Two Worlds” 2010, both were written and directed by Luc Besson (Leon the Professional, Le Femme Nikita).

I saved my personal favorite for last, Lou Reed in “Get Crazy!” a completely ridiculous comedy also starring Lee Ving. 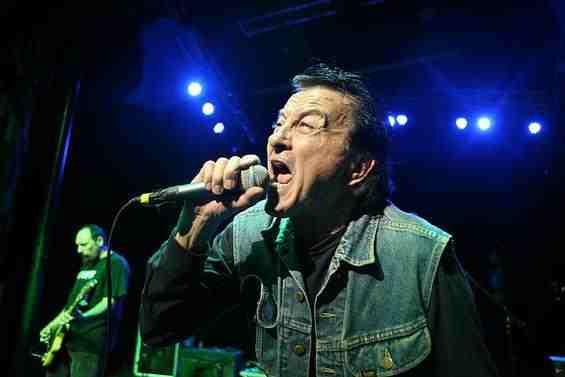 Directed by Allan Arkush (Rock and Roll High School) released in 1983 is the story of a Fillmore East type of theater (they give a special thank you to the Fillmore in the end credits) and their yearly New Year’s Eve show. It involves a lot of sight gags, a ton a drug references and some good AND bad musical performances. Lee Ving plays Piggy, the punk rock mascot and guest singer of an all girl band called Nada. Nada as a band and their performance is annoying; but, when Piggy gets set loose to do his version of “Hoochie Coochie Man” he of course rips the song a new asshole. 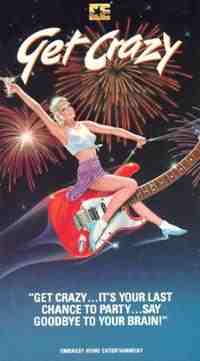 He taunts people in the audience to stage dive off of the upper balcony into the floor crowd and spends a lot of his time running head first into things. The same song is also performed by Bill Henderson as King Blues and Malcolm McDowell as Reggie Wanker. Malcolm dons his cod piece from “Clockwork Orange” over some white tights, does an awful Mick Jagger impersonation and ends up talking to his penis and hiring it to be his new manager. Lou Reed is the high point of this movie as Auden a reclusive folk singer (he sits in an apartment covered in cobwebs holding a guitar and staring at a woman on a chaise lounge) who has been out of the public eye for over 10 years. When he receives a call from the manager of the Saturn Theater, who makes a deathbed request that he play this last concert for him, he comes to life. He walks out of the apartment and starts writing a new song on his electric guitar incorporating EVERYTHING that happens around him into his first new song in 10 years. He blips in and out through the film adding lyrics to the song as it grows during his scenic route to the Theater in a Yellow Cab. Of course by the time he finally makes it to the Theater New Year’s has come and gone, leaving one devoted fan at her first concert to sit and listen to his new song. If you want to hear the entire song, you do have to watch until the very end as the credits roll over Auden performing his mish-mash song he wrote that day. It’s a really fun movie, and reeks of the 80’s. I’ve seen it countless times and have enjoyed each and every one of them.

The movies Lou Reed chose to be in proves that he had a sense of humor, and actually smiled from time to time. The fact that his IMDB page is staggeringly immense with soundtracks, appearances and documentaries is pretty fascinating.  To see just how much influence he had on movies and television as well as music is mind blowing. It shows his influence not just in America but in Europe and Asia as well. So if you find yourself a little emotional about his passing, he is still out there for you to see. You just have to know where to look.

Thanks to Lou Reed 1942 – 2013 for all the gifts he left for everyone and condolences to his wife Laurie Anderson, his family and friends. 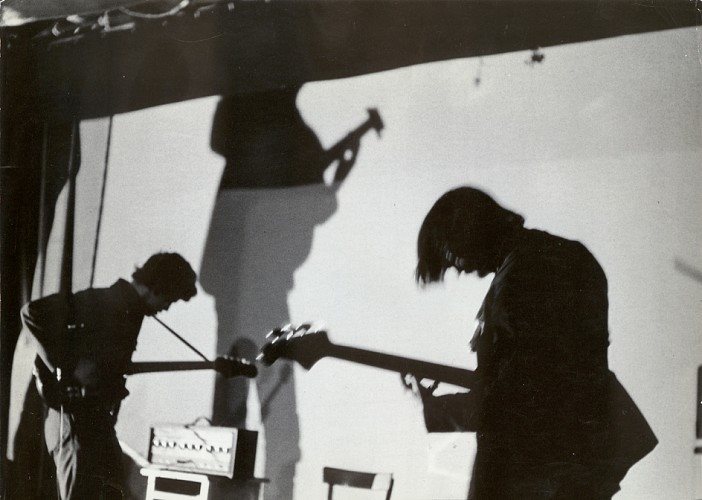