Posted on December 8, 2013 by RankandRevue

A real life horror unfolded as we were floating high on the revelries of Housecore Horror Film Festival 2014. Festival Co-Founder Corey Mitchell died tragically and unexpectedly of a heart attack just hours after the 2nd Annual HHFF concluded.  Even for the man known to have an immense curiosity for morbidity, the reality of death still stings and shocks. He made the ultimate sacrifice for his passion, and that will be his legacy. May we keep his dream alive in his honor. Here is a review of the gift that Corey Mitchel bestowed upon us: Housecore Horror Film Festival (2014). Thank you, Corey. May you rest in peace. 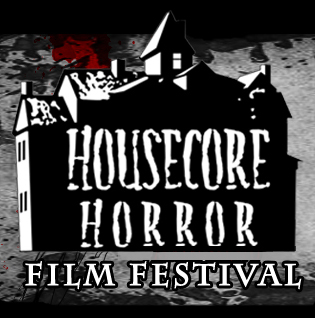 Thursday the 23rd of October kicked off the Housecore Horror Film Festival at The Dirty Dog bar.  With the promise of extreme metal via the talent personally chosen by Corey Mitchell and Phil Anselmo, this night also served as the social gathering in ATX for those with a dual interest in all things horrifying and heavy.  Randy Blythe (Lamb of God) and Jimmy Bowers (Down/Superjoint Ritual/EyeHateGod) were among the metal lords to grace the “Dirty” that night, but there was no stench of pretentiousness in the air.

The consensus on the lovely Jamie Nova of Witchburn (Seattle, Washington) was that she wailed like Janis Joplin, casting a spell with her feminine magic.  Peter Hobbs of Hobbs’ Angel of Death,  Australian thrash forefather, hardly moved his body while performing, but his fingers were ejecting bolts of audible lightning and his facial expressions ominous.  Heavy as Texas with Marzi Montazeri, aka the High Priest of Distortion and guitarist of Philip H. Anselmo & The Illegals, brought the beauty and versatility of his instrument to the forefront Thursday night. At times his riffs mimicked those of a violin or Spanish guitar, juxtaposing the typical heaviness we were used to. 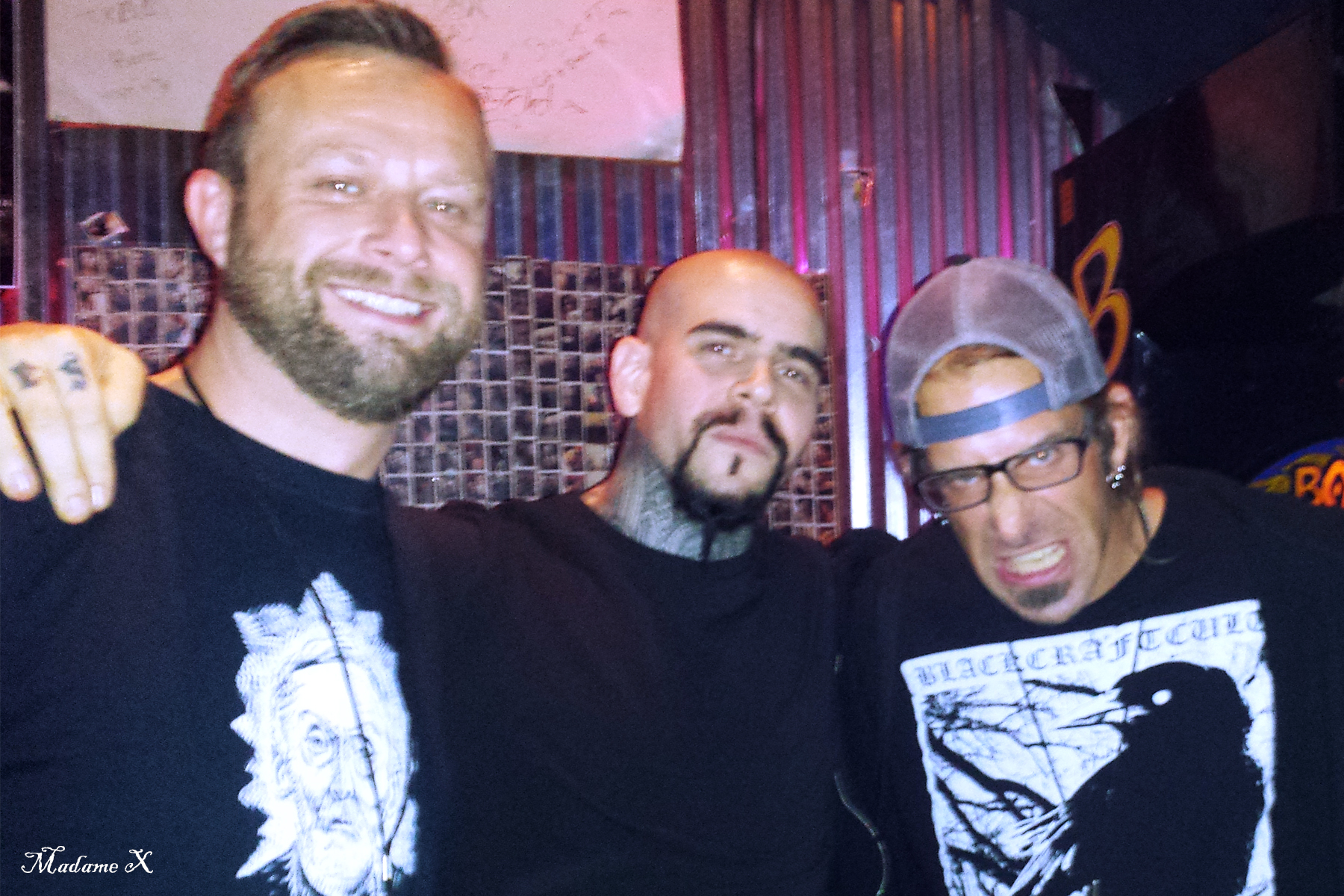 That first night, I also had the pleasure of meeting independent filmmaker John Borowski, creator of Serial Killer Culture, H.H. Holmes, and Albert Fish. Coincidentally, I watched the movie Serial Killer Culture a few days before on Netflix without any idea that its creator would be making his way to Austin.  Macabre is the serial killer-centric band appearing in the film who would play HHFF on Saturday afternoon. Artist Vincent Castiglia was also present. He is world renown for his dissected figures painted in blood. His impressive portfolio includes Triptykon album art and he has modified his body into a gallery inked with H.R. Giger-esque tattoos.

Fortunately the early afternoon schedule was pushed back on Friday, and I was able to catch Origin of Topeka, Kansas. Jason Keyser, vocalist, halted the show and refused to play until the crowd showed signs of life. This was the earliest hour of daylight I had ever seen a pit formation. Origin’s appeal can be credited to this totalitarianism approach to audience participation, as well as Paul Ryan’s shredding. 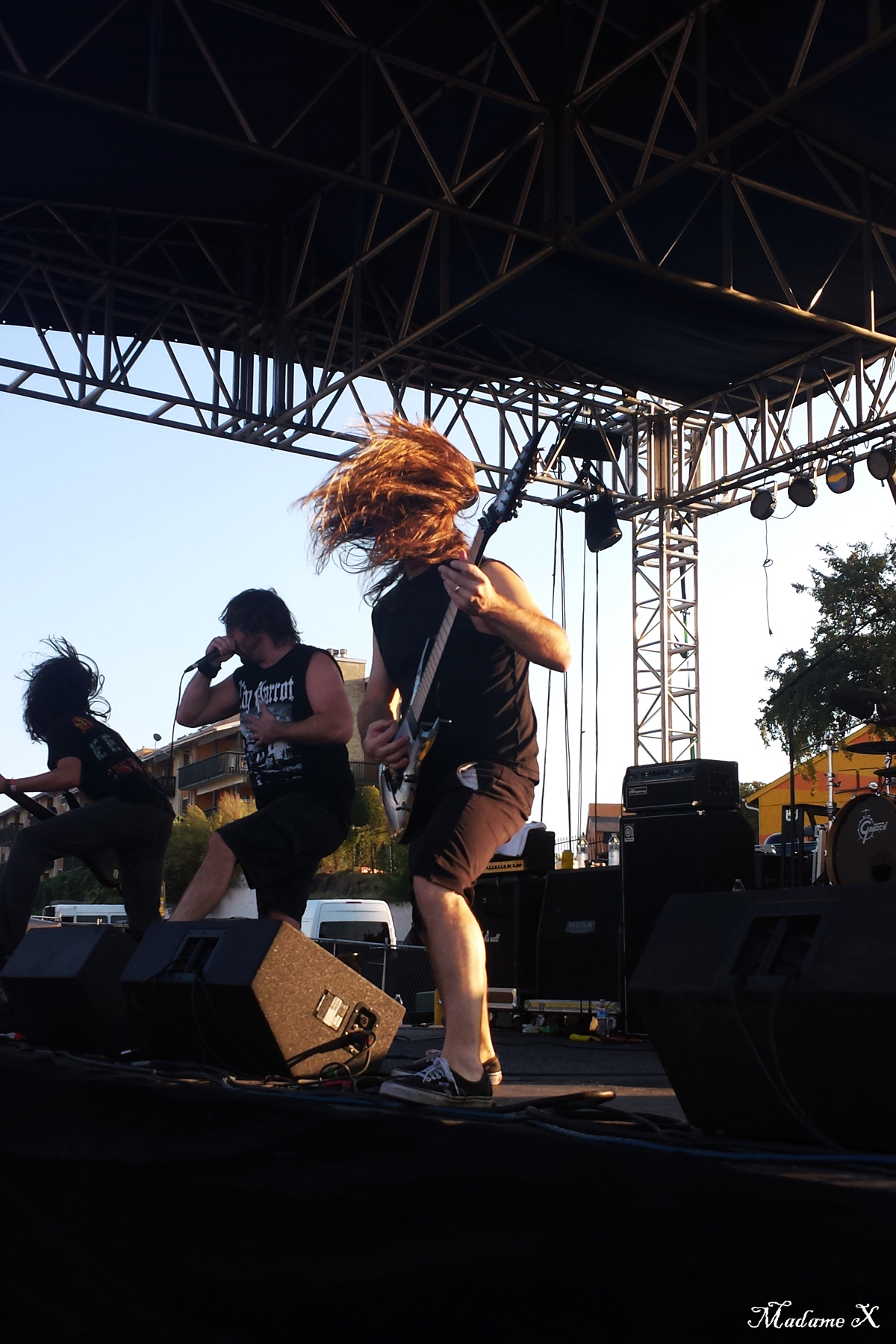 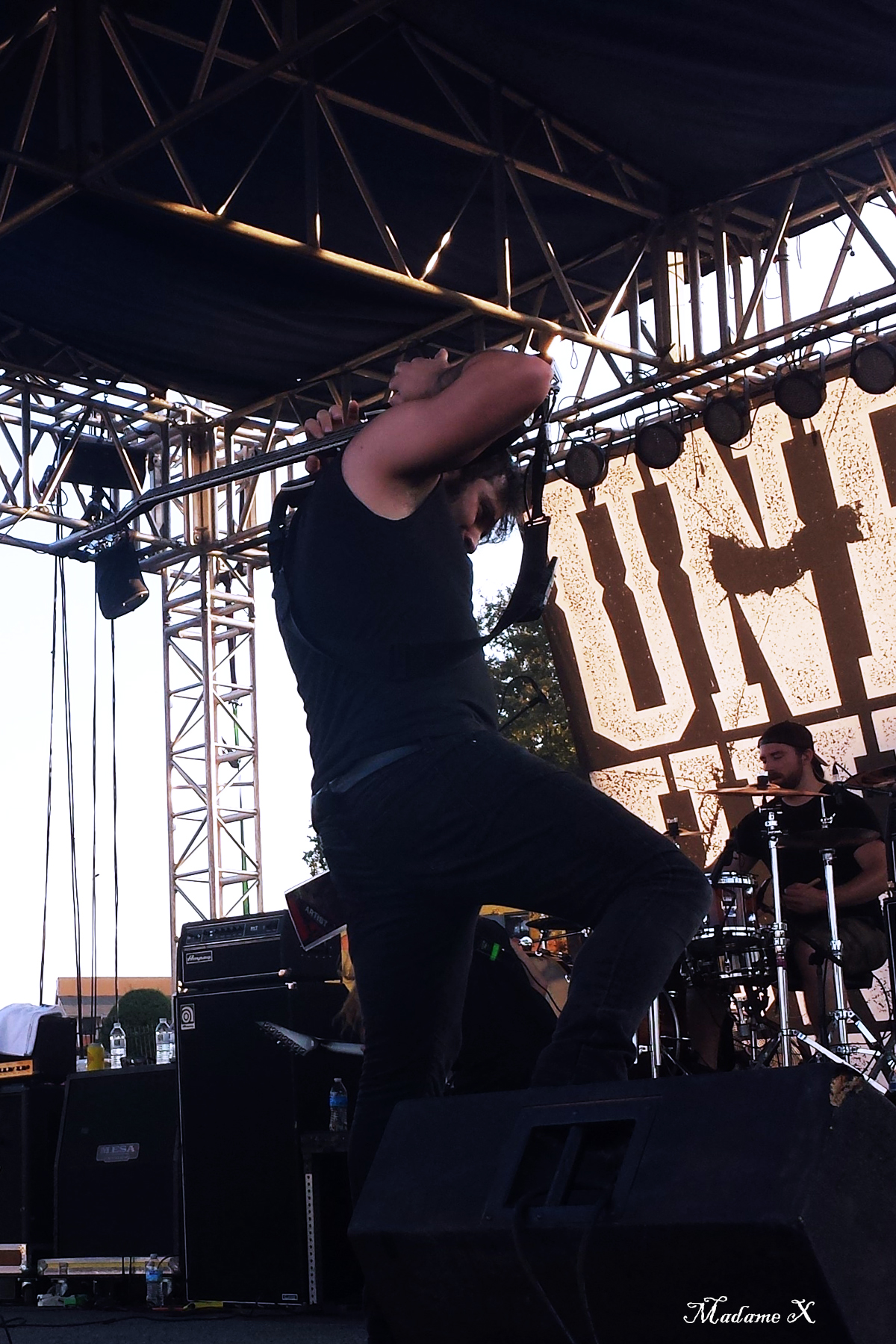 Unearth of Massachusetts simply made it look too easy.  Buz McGrath on guitar played a couple of face melting solos, while vocalist Trevor Phipps was menacing with his pit-bullish growl. Guitarist Ken Susi threw an elaborate series of hand gestures to the ladies and later played his guitar behind his head, showing off his ability to multitask. Unearth’s new album, Watchers of the Rule, was released shortly after the festival on October 28th with positive reviews. 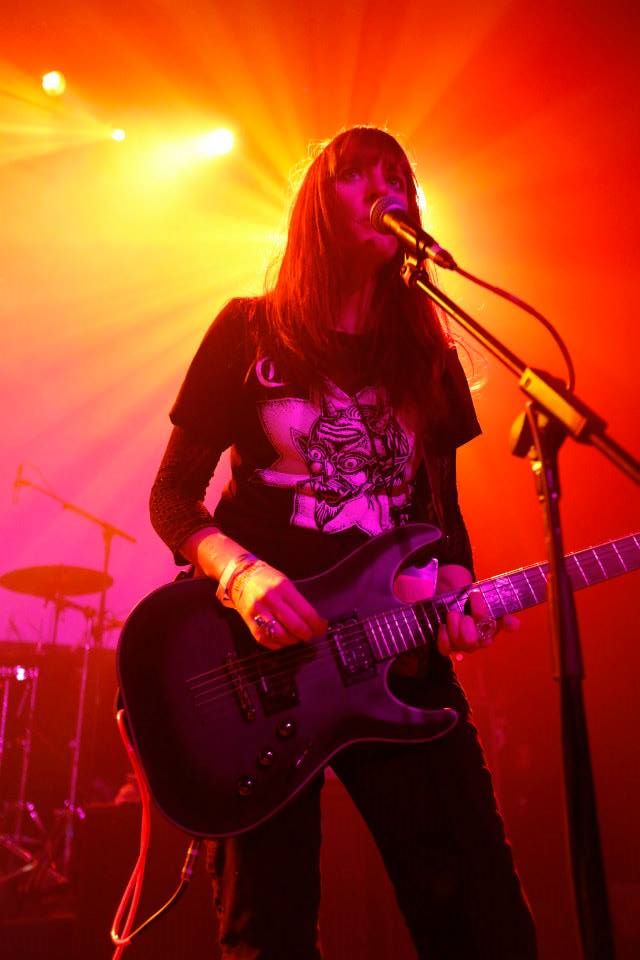 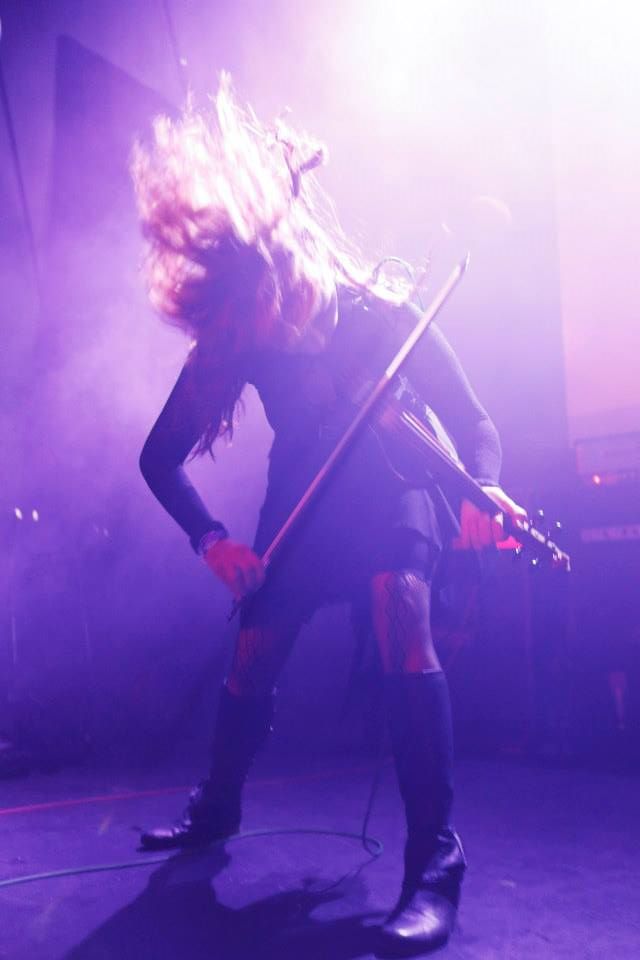 Subrosa brought a totally different vibe to HHFF with their duo of lovely electric violinists. These two and the drummer looked like elegant, Middle-earth beings from a J.R.R. Tolkien novel, while singer/guitarist, Rebecca Vernon, and bassist, Levi Hanna, clashed in their stoner garb. The music was powerful, emitting dark emotions of misery and rage. 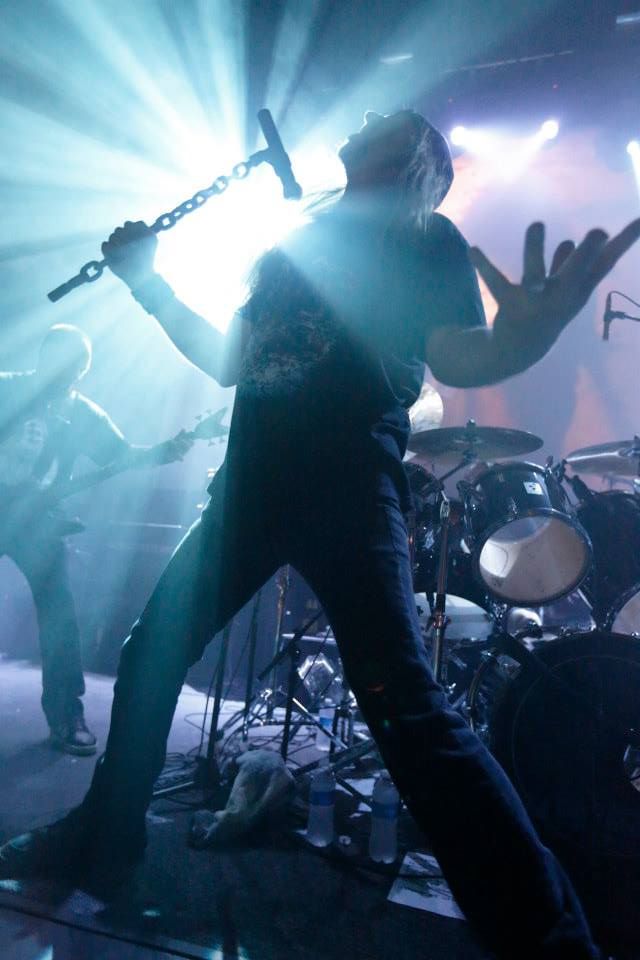 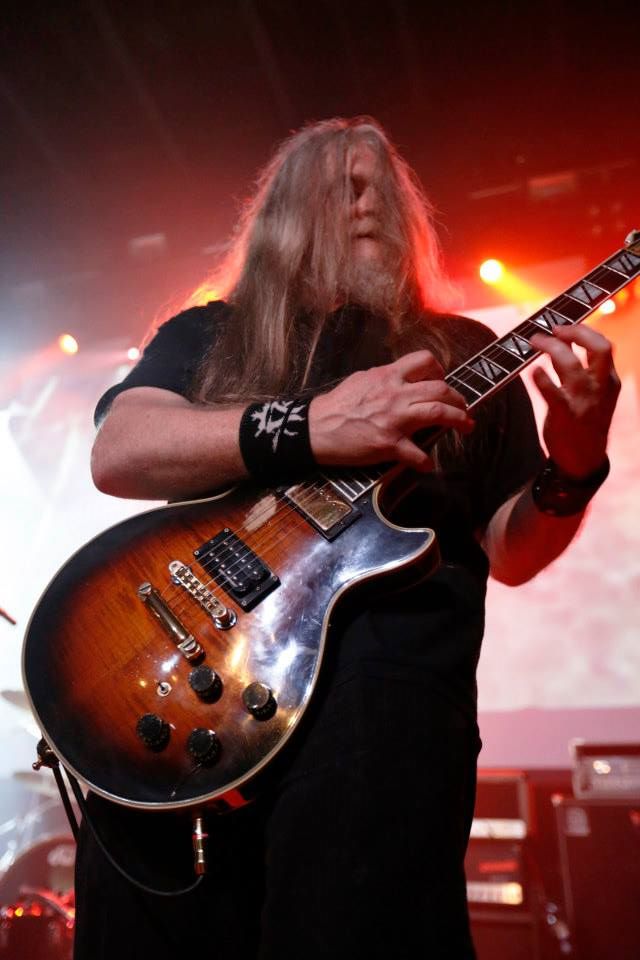 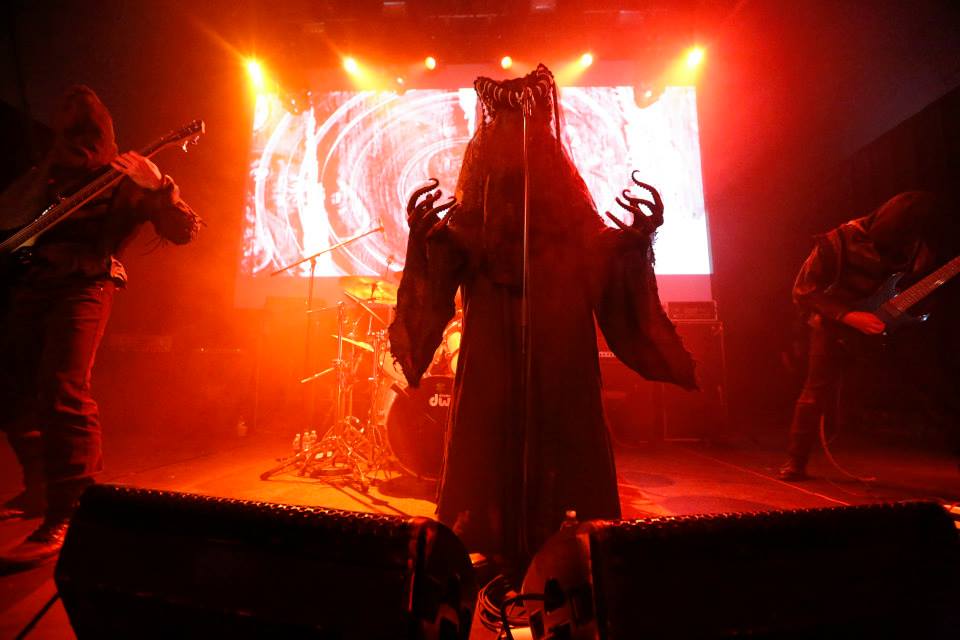 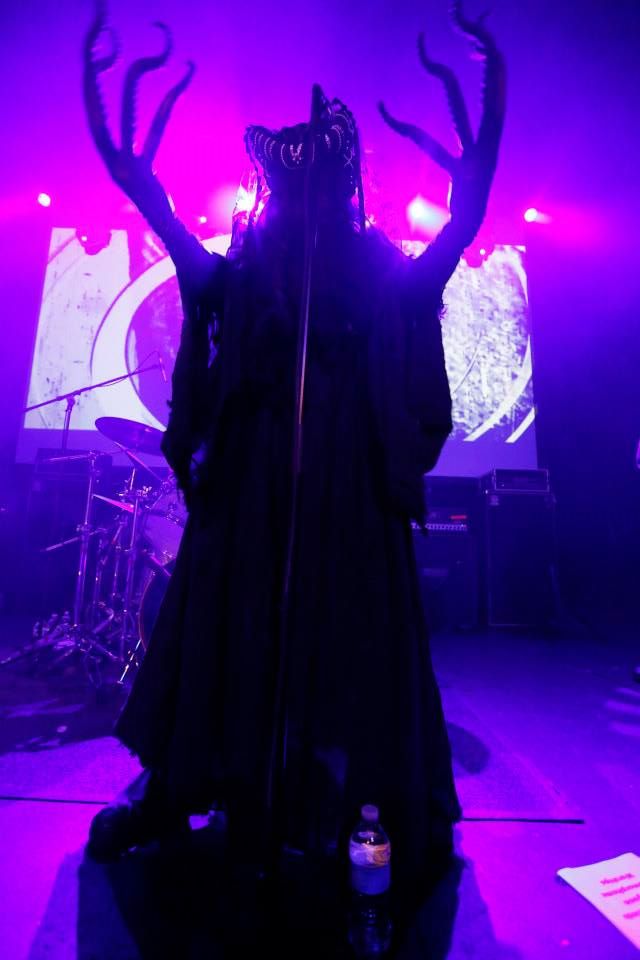 If you have paid attention to Phil Anselmo in recent years, it’s been documented by the media and written across his chest that he’s beyond obsessed with Portal, the Australian death/black metal band.  Onstage Friday night, he presented a glowing introduction with the excitement of a schoolboy on his birthday. Portal are a rare form of “abstract metal” and are the opposite of easy listening. Similar to how a Pollock or Rothko painting would be viewed, the majority of the audience were motionless and unable to look away while trying to make sense of it all. Experiencing Portal in the flesh devours the soul like a vacuumous portal to hell. But we enthusiastically invited them in…hence the reason this band of demons belonged at HHFF.

Unfortunately and regrettably I missed Acid Witch,  Archspire and Ringworm on Saturday. This festival was so overloaded with good music that I’m not sure how anyone had time to watch movies, let alone see all the bands. Decapitated were in a serious car accident on that Friday, thankfully no one was decapitated and they tore it up onstage as if the incident never happened. Macabre’s performance was as “humerous” as a human leg bone, while at the same time educational and most definitely macabre. Vocalist, Corporate Death (Lance Lencioni) proved to be well versed in the subject of serial and mass murder as evident by the informative song introductions and lyrics. Sick subjects included Jeffrey Dahmer, Countess Bathory and Richard Ramirez to name a few. This three piece thrash band from Chicago would take any special event to the next level. (Editor’s note: Macabre are actually classified as ‘murder metal,’ a genre they created and named themselves.) Napalm Death‘s sound was crunchy and noisy, and precisely what diehard fans expected. 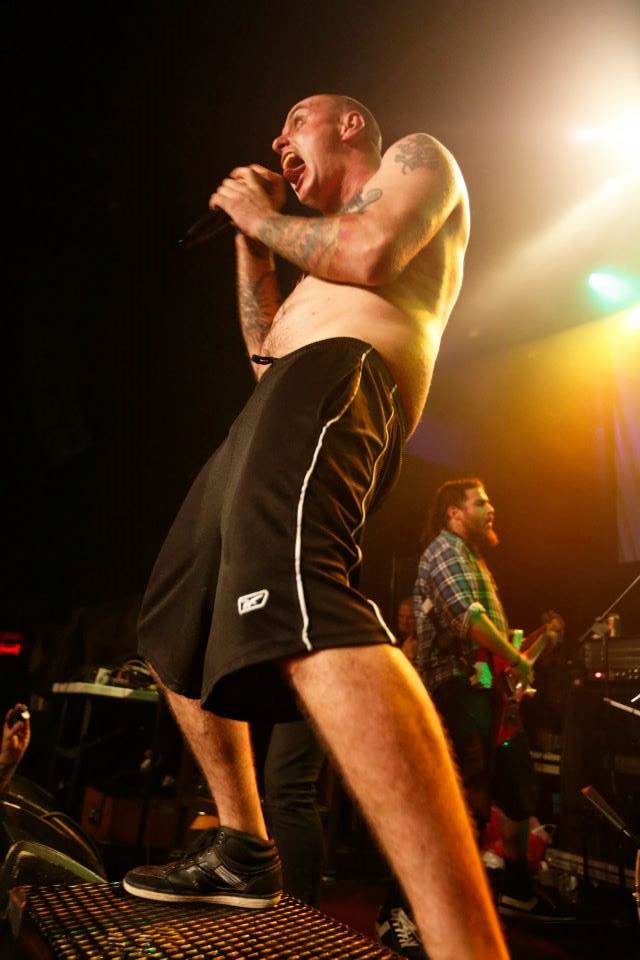 Friends and I were observing King Parrot of Australia from the bar when we noticed lead singer Youngy pouring water down his shorts mid-song. Although I’m not sure what that says about me and my friends, this is what sold us. King Parrot as a whole had a zero fucks given, hellbilly outlaw attitude.  Youngy surfed the crowd and screamed from within the throws of the pit as Phil Anselmo poured beer down the flanneled guitar player’s throat.  Band members were barefoot, shirtless or crowned with a rat tail mullet suggestive of the rowdiest instigators of hell raisin’ at HHFF. 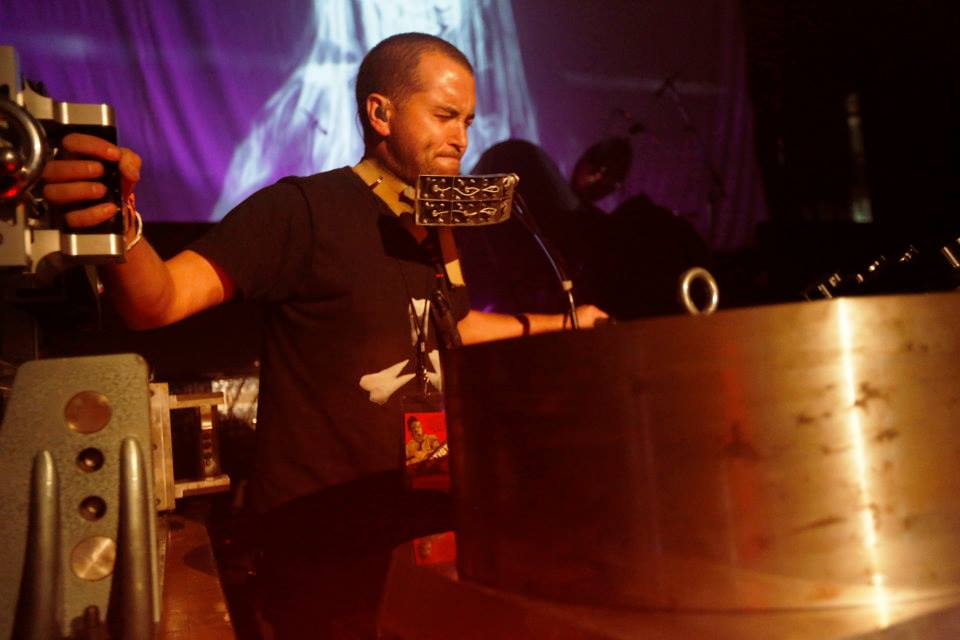 The first time I had witnessed Author & Punisher live was in NOLA at Tipitina’s for the last show of the Philip H. Anselmo & The Illegals tour, and at HHFF I was still in awe.  A&P is a one man act starring Tristan Shone, who I refer to as Metal Borg Man.  His MacGyver style manufactured, musical mechanism is one-of-a-kind, and ingenious. A&P provided the intermission music from the sound booth on Sunday as well as a solo performance on Saturday. Tristan’s onscreen visual accompaniment was also captivating, featuring warped imagery of nuns and chickens. 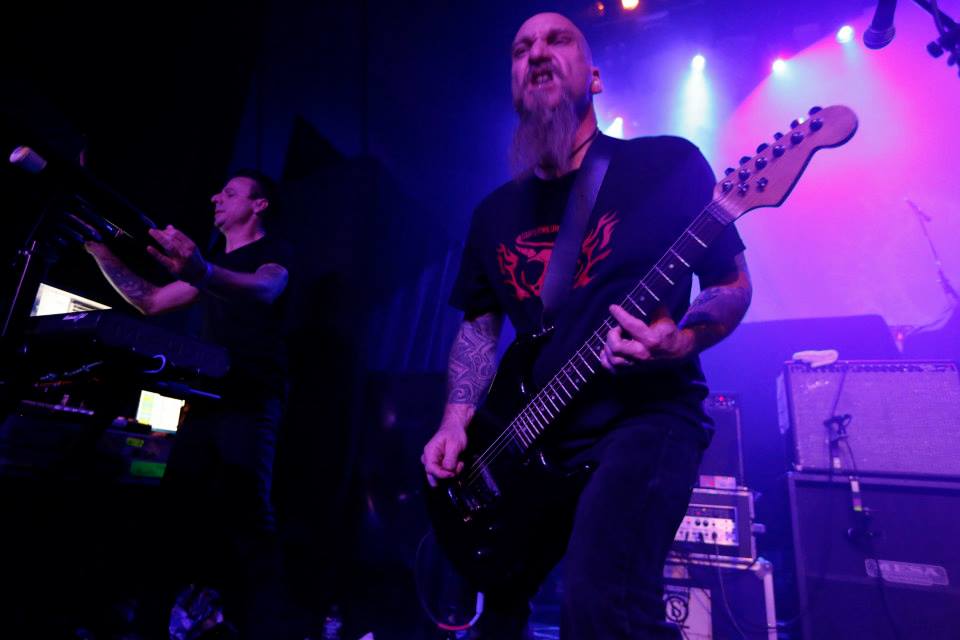 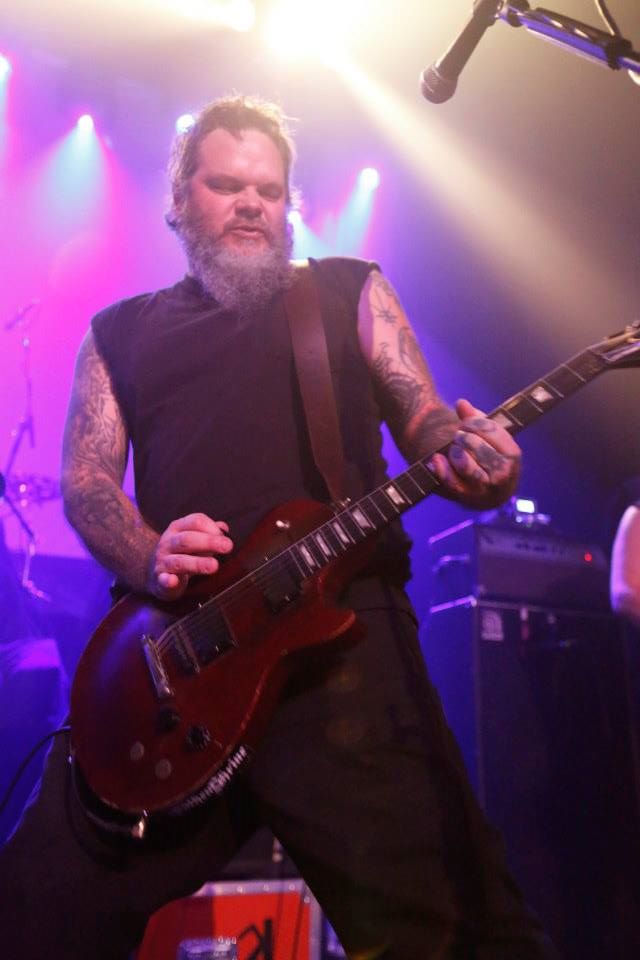 Neurosis is the only band that I’ve ever bought a ticket to and missed the show, so I was pleased to have a second chance to see them at HHFF. Keyboardist Noah Landis was one with his instrument as he convulsed back and forth. Neurosis offered a reprieve of calming ambience that allowed for energy preservation and mental preparation for the night’s headliner: GWAR!!! 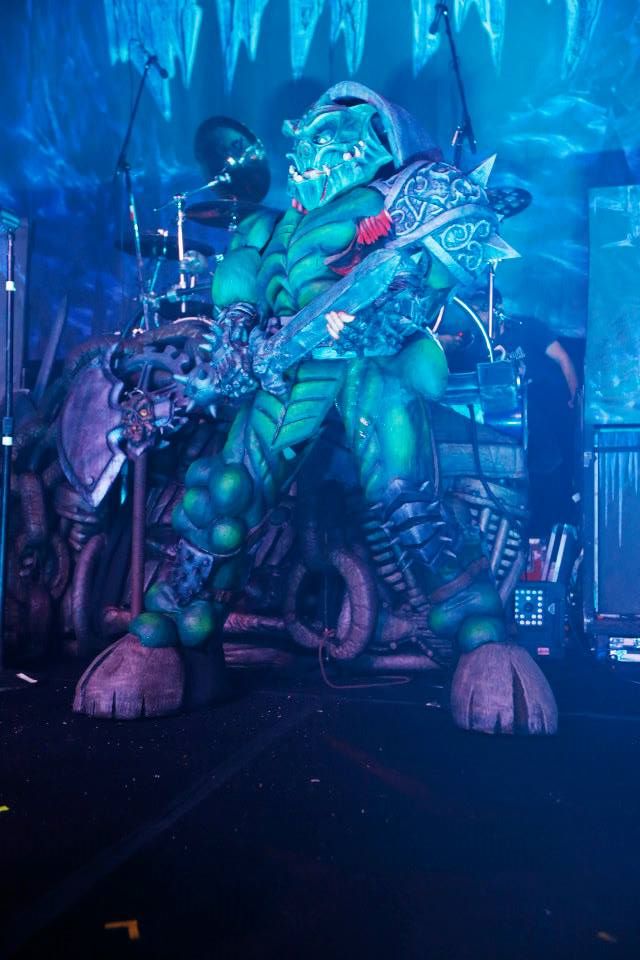 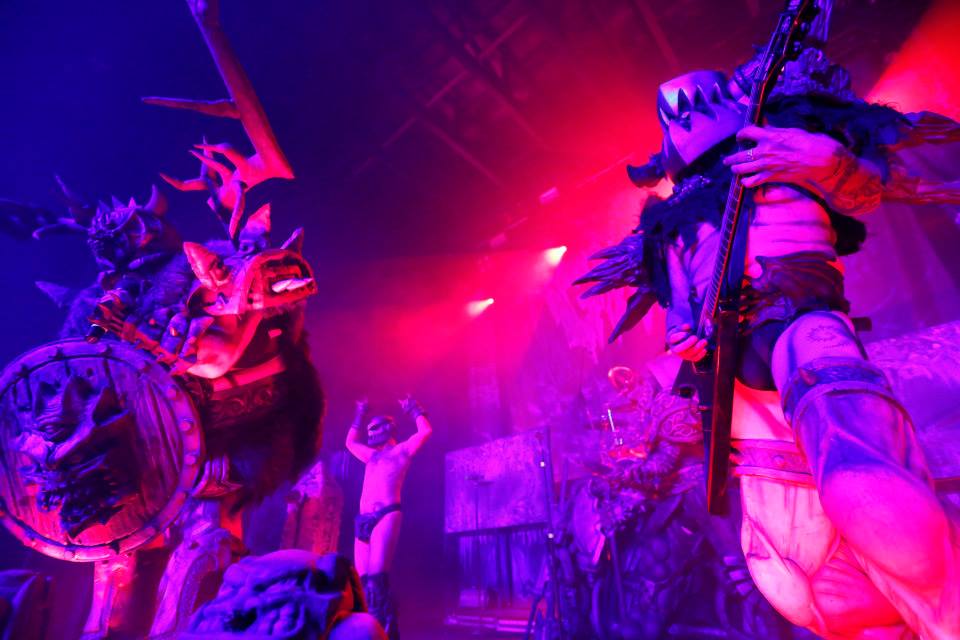 GWAR is arguably the most engaging live metal show of all time, and without Oderus, the aliens met high expectations as much as humanly possible.  Adding Vulvatron to the lineup was a clever and calculated move. Easy on the eyes and ears, she was unabashed when unleashing her blood spewing breasts. The set served as a tribute to Oderus that was both touching and insulting to his memory, as he would’ve wanted it. Any tears shed were blended with gallons of fake bodily fluids as if intended as a ritualistic memorial. 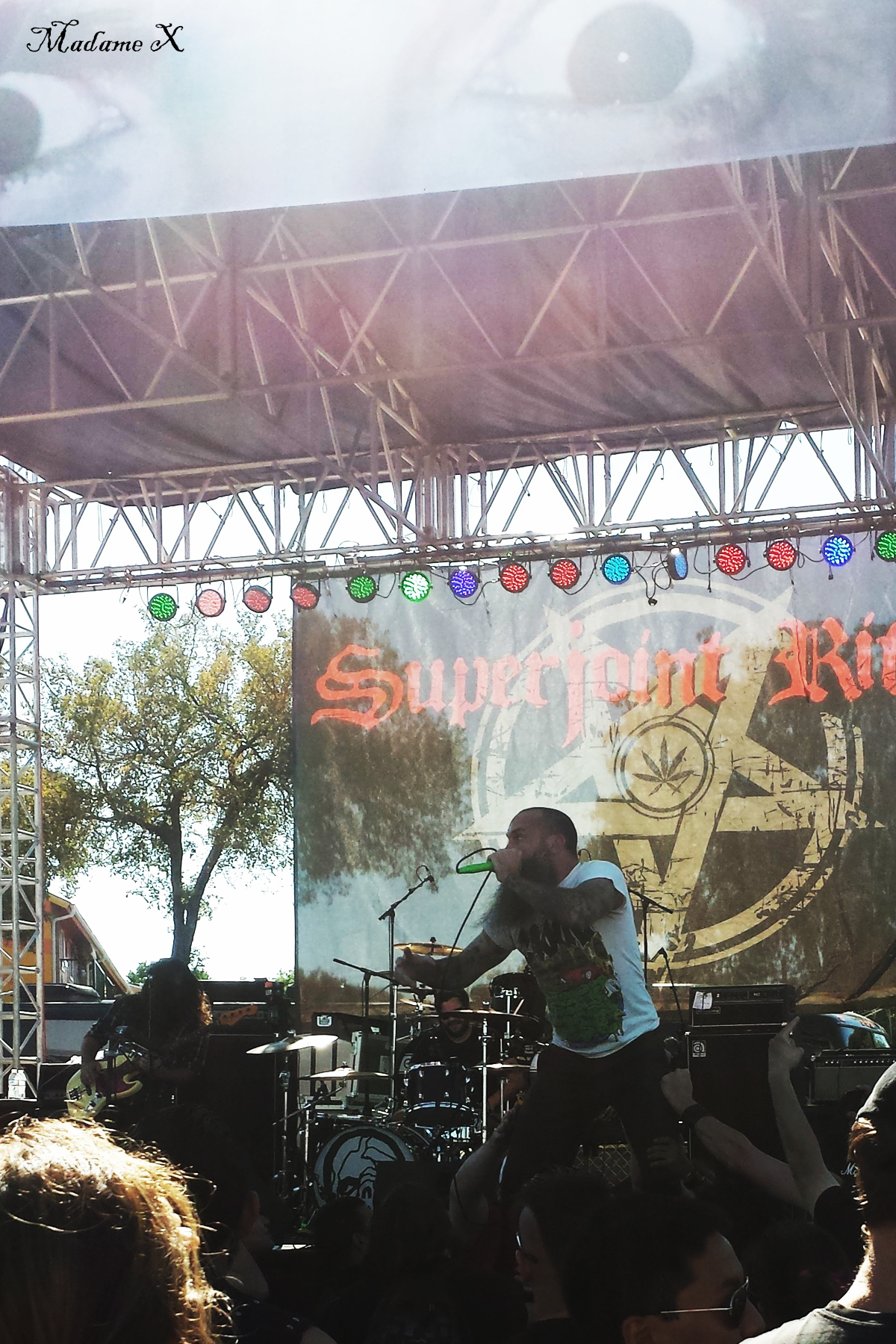 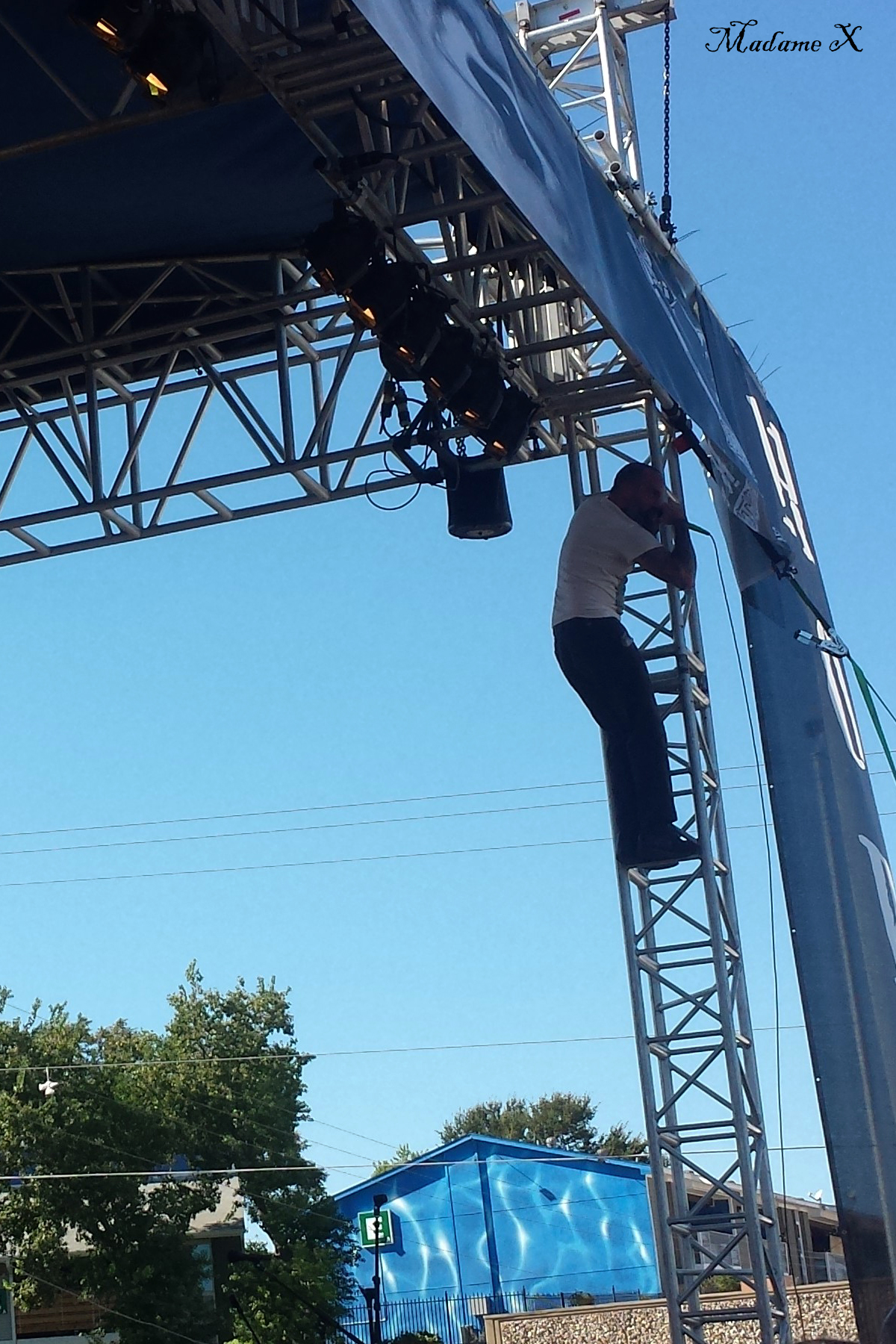 Detroit based Child Bite has a lead singer who should not be allowed within five feet of any children.  He is the “biter” of the band.  He climbs, too…on top of amps, tresses, the crowd…wherever he sees fit.  These Detroit City rockers sound as gritty and grimy as the D itself. 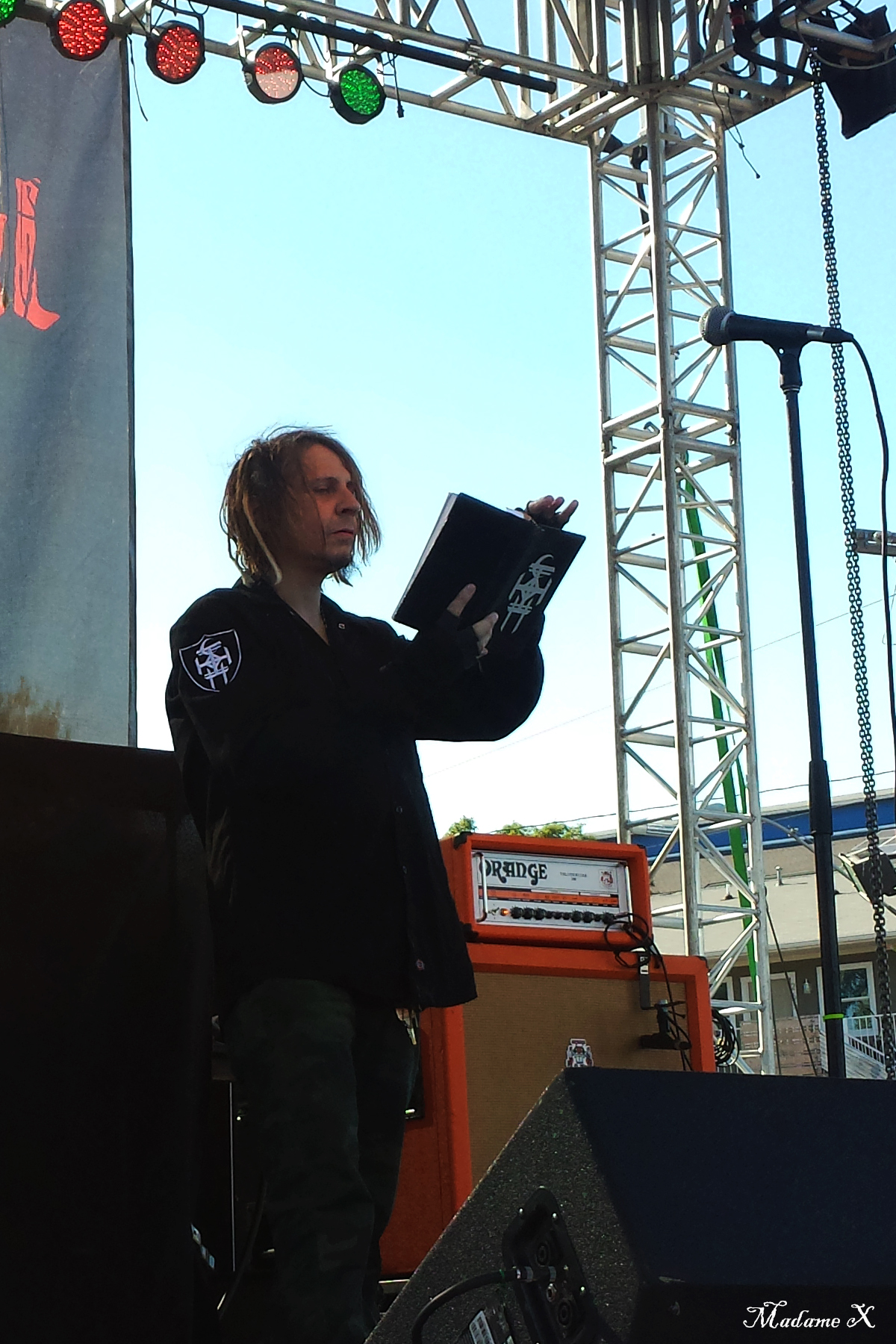 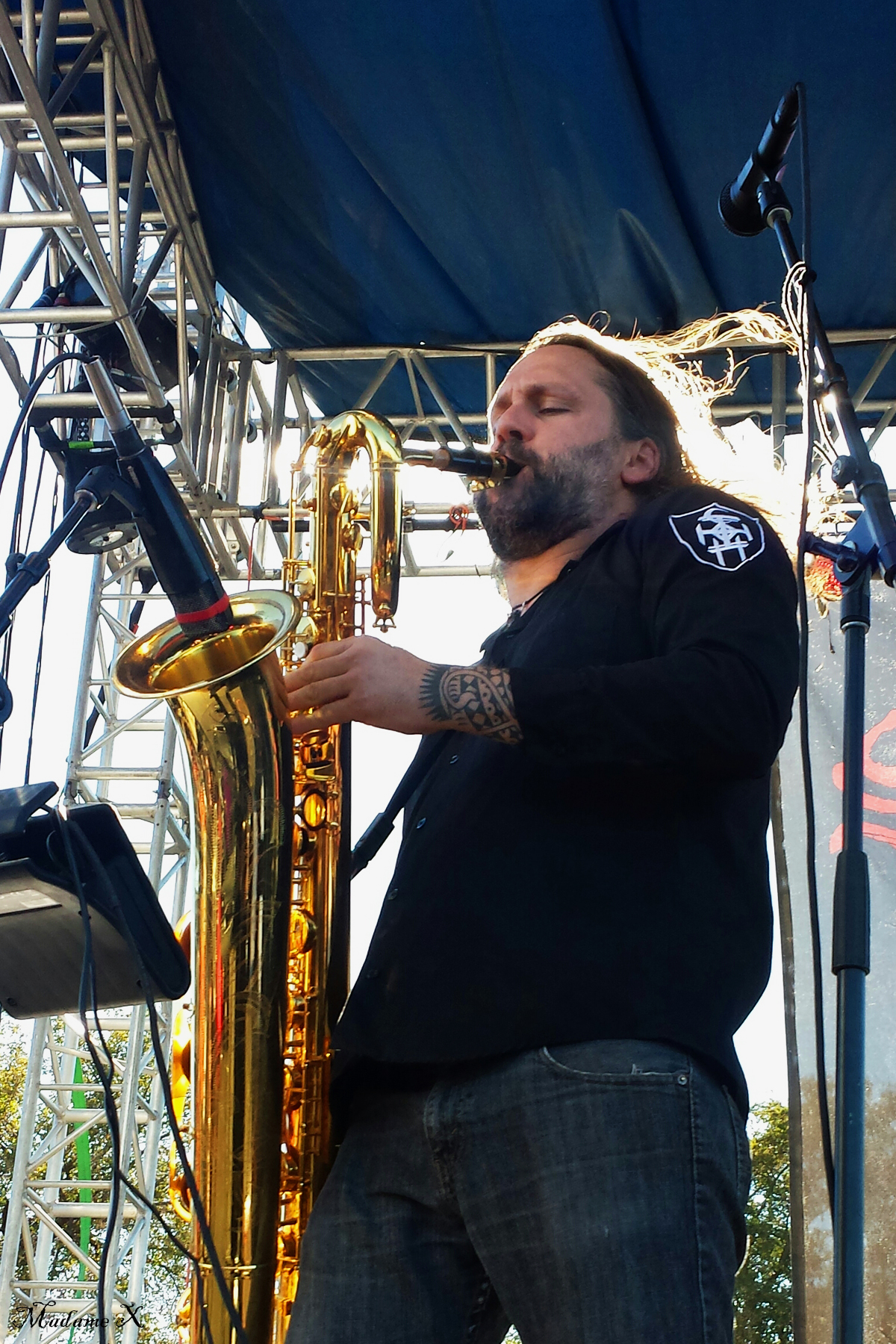 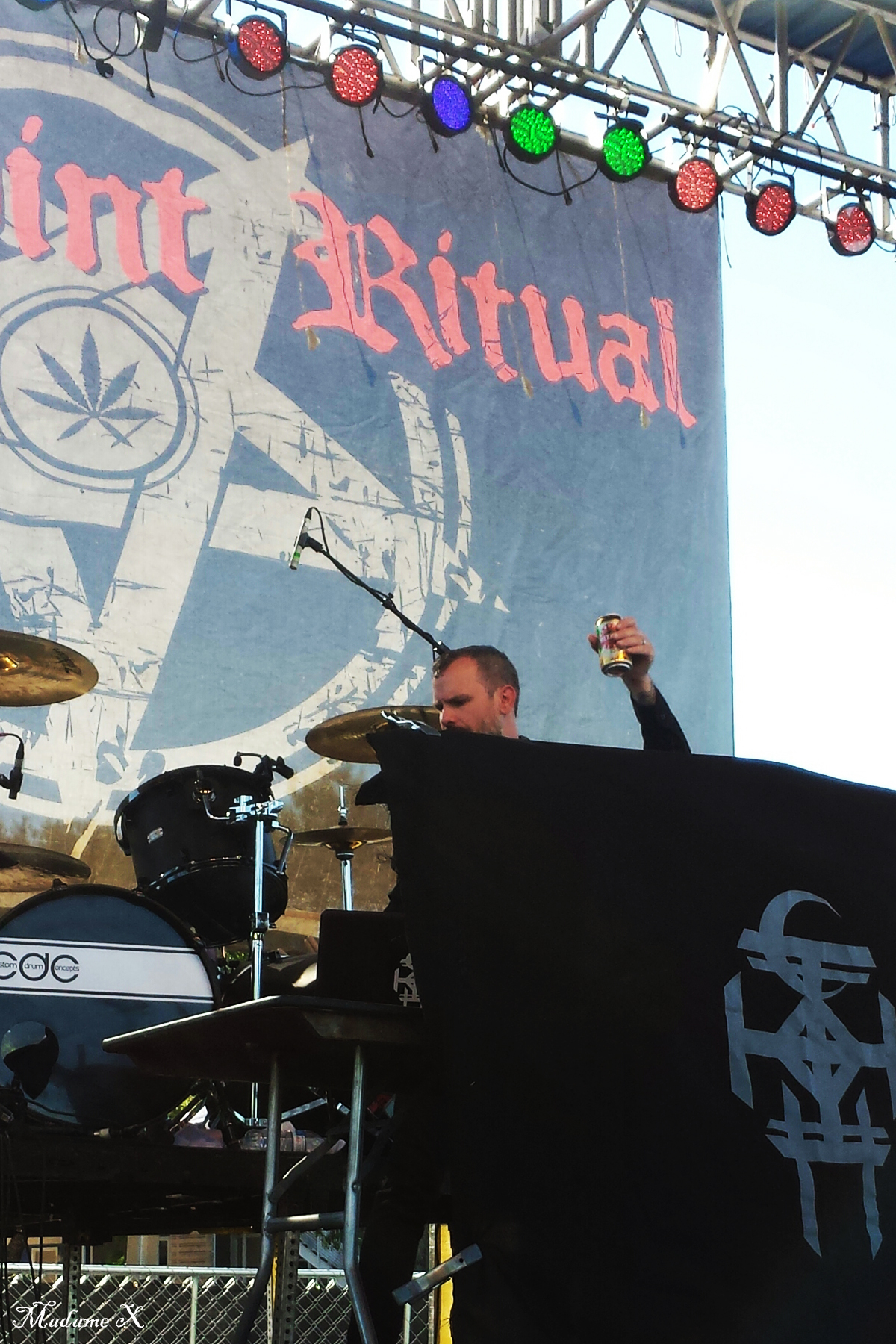 Corrections House brought something totally unique to HHFF.  Mike IX from EHG rattled out poetry appealing to the lower ranks of society with disturbingly truthful lyrics like      “Innocent until proven retarded” read from his irreverent black book.  Scott Kelly (Neurosis) on guitar and Bruce Lamont (Yakuza) on distorted baritone saxophone rocked out hard. Sanford Parker (Minsk), the wizard behind the curtain, was emitting electronica while chugging a brew.  All this made for what was perhaps a far stretch from what we were expecting to see at HHFF, but that was the appeal.  The mysterious Minister of Propaganda Seward Fairbury was still missing from the lineup. 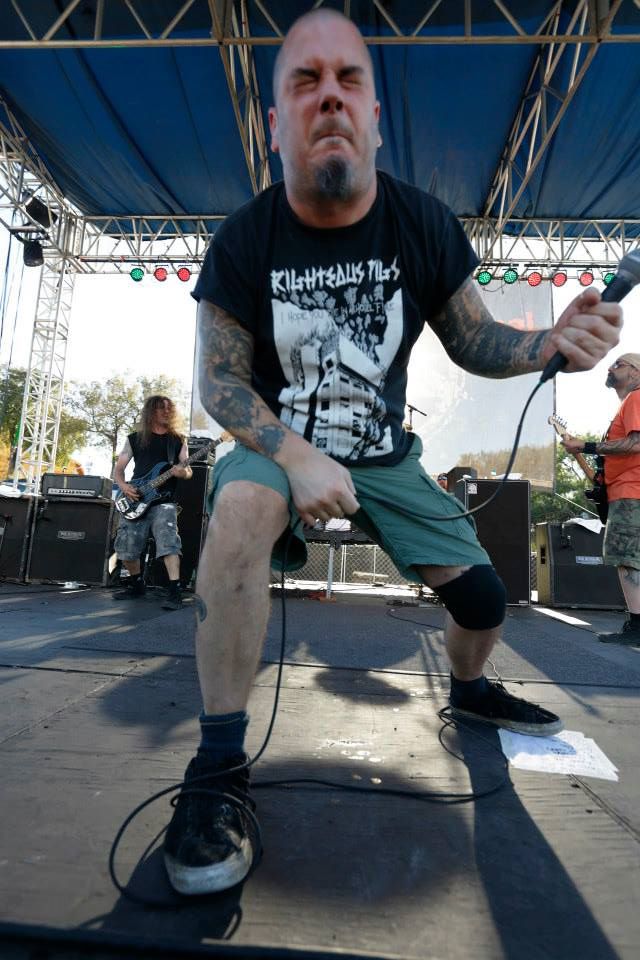 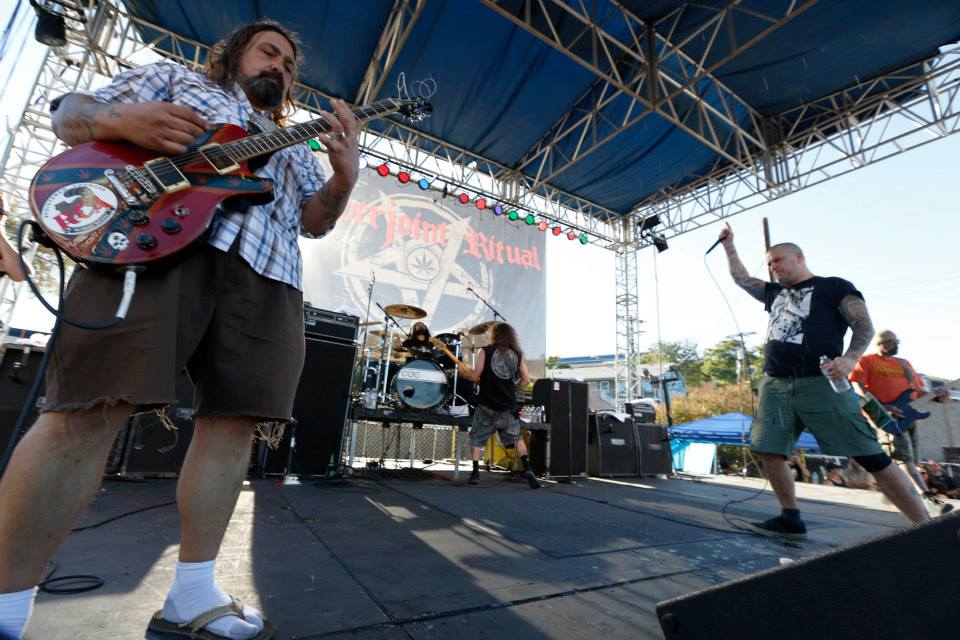 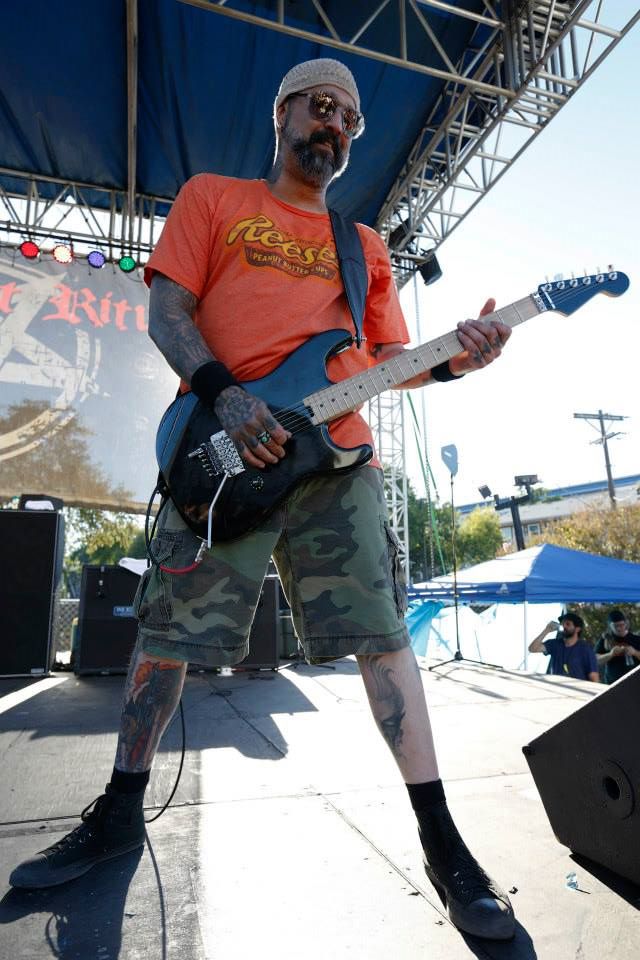 The only way HHFF organizers could have topped the Superjoint (Ritual) Reunion would have been with a Pantera reunion. Graciously Phil acknowledged Hank III’s absence in an effort to dissolve any negative rumors about their relationship. Although this would have been my dream come true, I really don’t think my constitution could have handled these two idols of rebellion on one stage together. SJR sounded tight, and Phil proved once again why he is where he is today as a vocalist. Jimmy Bower played guitar like a resurrected confederate savior. SJR’s sultry groove sounded as heavy as swamp sludge and set the stage to blaze…it made me want a Reese’s peanut butter cup. 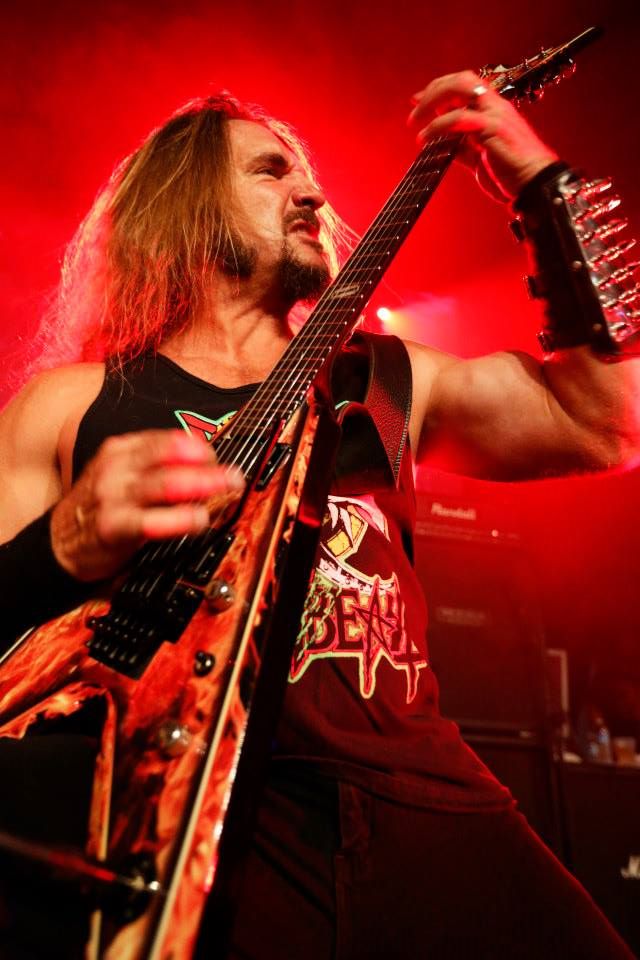 Dead Earth Politics is deserving of the title of one of Austin’s best metal bands.  They certainly have it together on every level, and as a local fan there was a sense of pride seeing them in the lineup. KEN mode (KEN=Kill Everyone Now) has been getting major buzz, and see to be the “gateway” band to metal conversion for skeptics. WARBEAST once again induced thrashing like few others…especially Shelbeast in all his guns and glory. The lack of Bobby Tillotson in this lineup didn’t go unnoticed, but remaining members counteracted the omission with an added ounce of aggression. The beast went on raging. 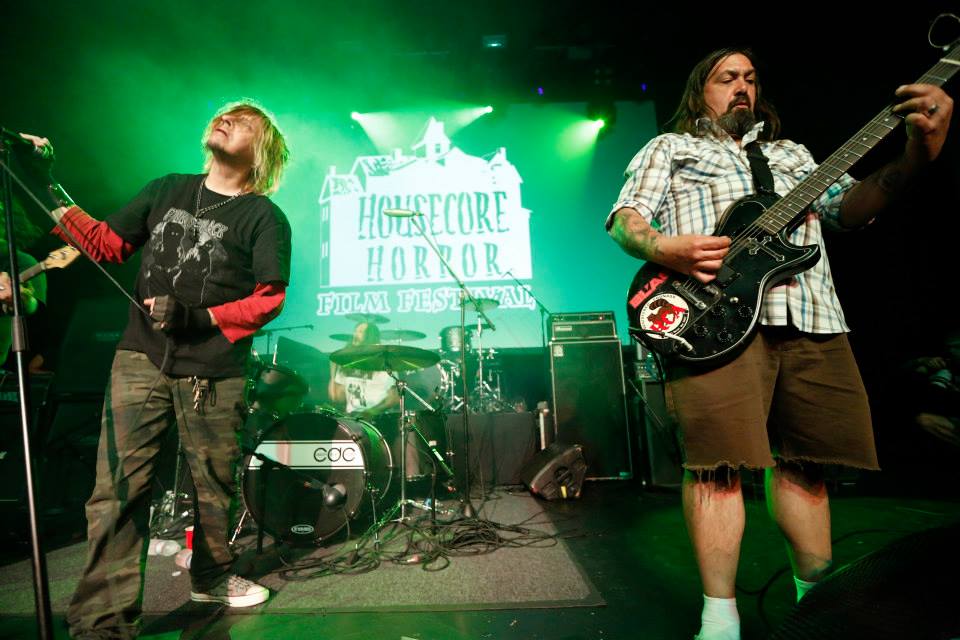 EyeHateGod have resurged with their latest self-titled album, and reconvened after the tragic death of Joey LaCaze with drummer Aaron Hill. They represented for both the Housecore label, and New Orleans with their brand of aggressive, depressive sludge.

Those who loathe and despise Danzig seem to do so mostly because of his personality, and his ‘no photos’ policy. But many of these same people still watched him perform, and that must have made it necessary that he bring his bodyguard on stage during the performance. Still, it is close to sacrilege hating the man responsible for Mother, Her Black Wings and Twist of Cain. And lest we not forget the one who has influenced so many other greats, plus hired Johnny Kelly from Type O Negative to be his drummer!  The transformation to Samhain with their devil locks and blood spattering was a festive way to welcome All Hallow’s Eve. 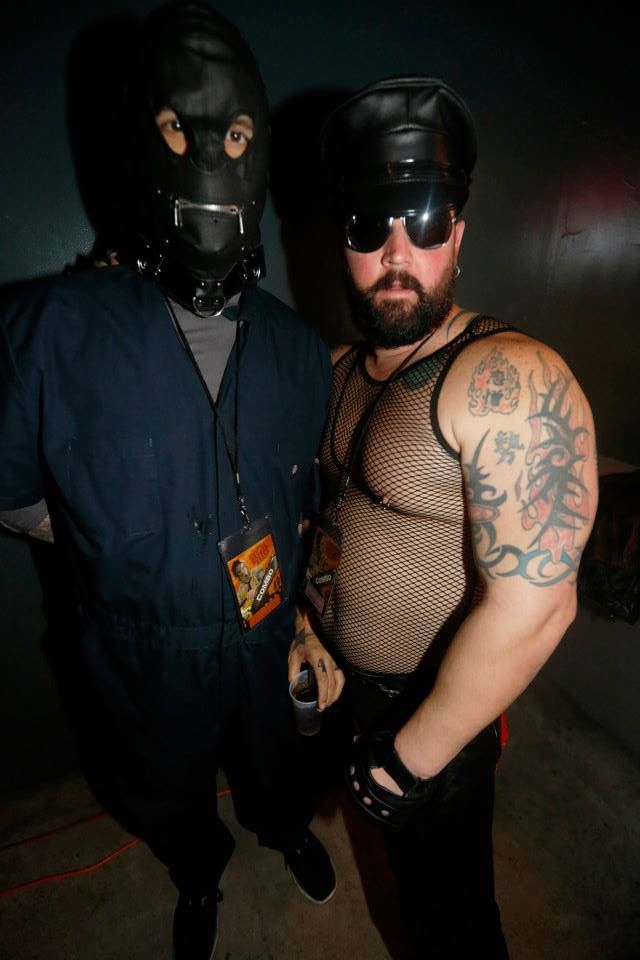 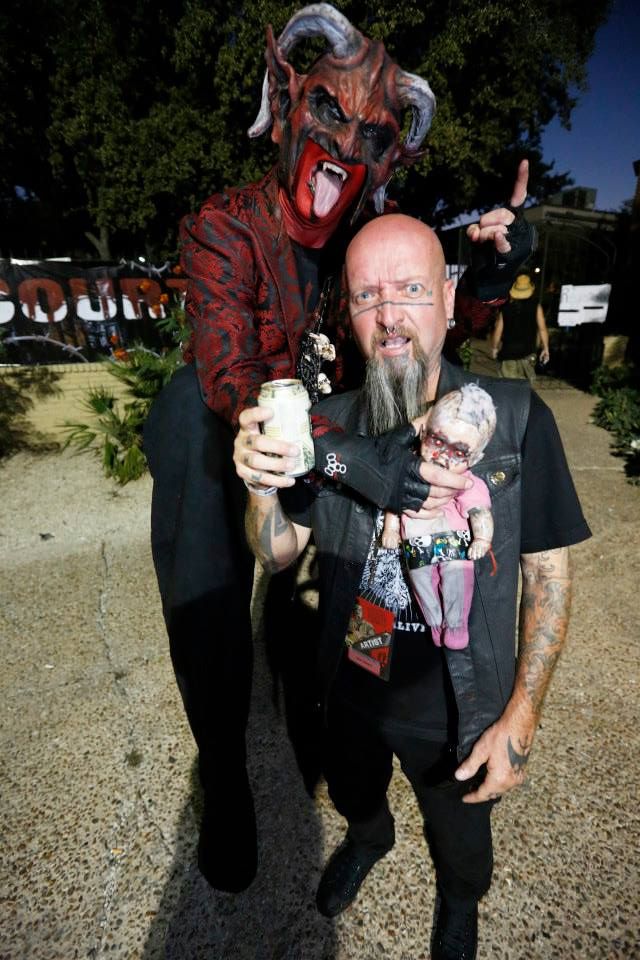 For horror fans and metalheads, this year’s HHFF was yet again a chance to immerse ourselves in taboo entertainment. It reminded me that life is fast and fleeting, but that  true love, wherever it is directed, never dies.