Pocket FishRman & The Gay Sportscasters – Hole in the Wall …. by Jerry Milton

Old man night at the Hole in the Wall.  I’m not sure how many times either band has played at this venue thru the years (or decades in Pocket FishRman’s case) but I’m sure it is in the double digits.  There were a couple of opening bands, but I only caught the end of Jesus Christ Superfly who is of course another band that has been around for as long as the Hickoids.  Good to see they are still at it.

So after my brief JCS serenade, it was time for the Gay Sportscasters‘ set in the back room and with as many people as they had on stage it was a damn good thing they weren’t on the tiny front room stage.  I think it was 3 guitarists,  the bass player, and drummer with Jeff and 2 sidekicks on stage. 8 folks right? Right. 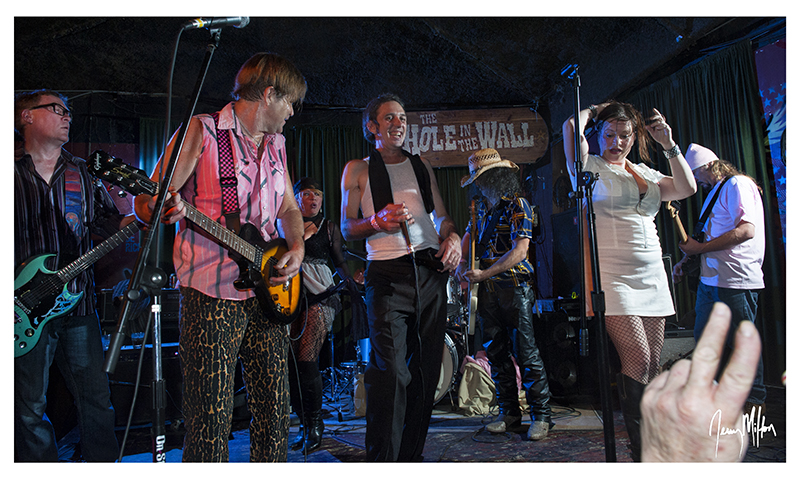 I don’t claim to be a Gay Sportscaster expert, but their set kept folks front and center the whole time…and I was right there with them.  I had to bail the last few songs to set up for the upcoming set in the front room.  My take is that it is basically the Jeff Smith party band minus the Hickoids corntonk. You be the judge via this recent video yo w/ a side of balls. 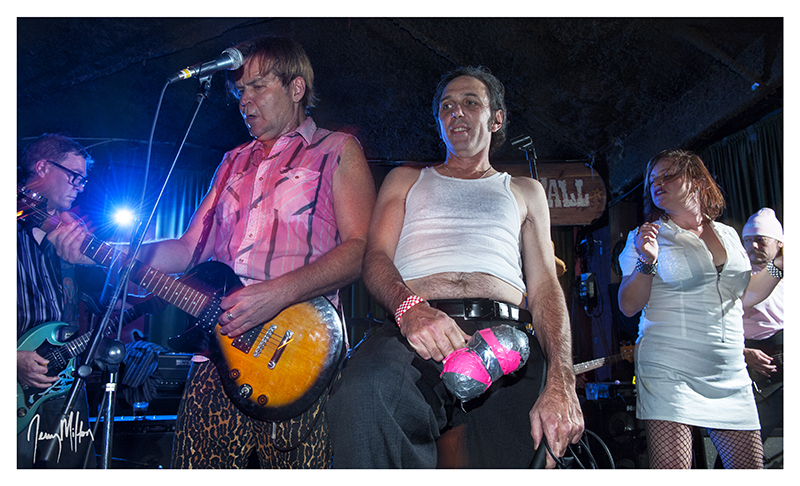 With the Sportscasters set still raging in the backroom I was able to set up my lights and get a front row seat (the sitting down kind) for the start of the Pocket FishRman set.  And as the top of this article implies, this was in fact a CD RELEASE PARTY.  Let’s just get the question of which outfits the band was gonna be sporting today. 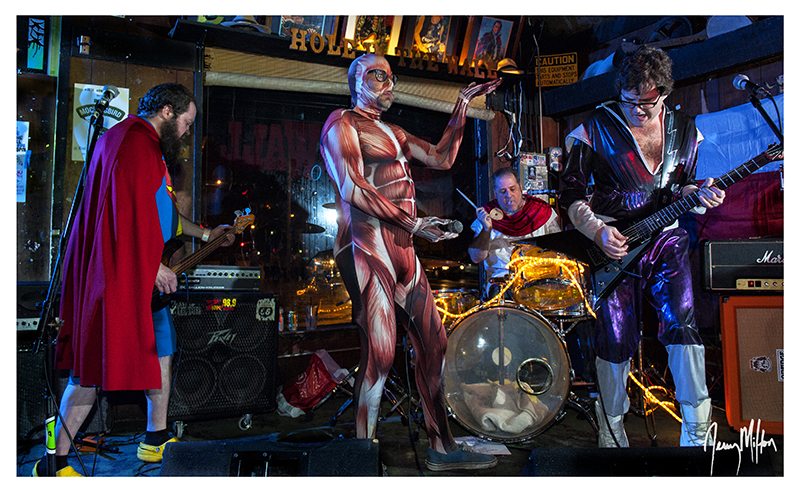 The new CD goes by the name “Rocko’s Not Feeling Well”.  You can check it out at 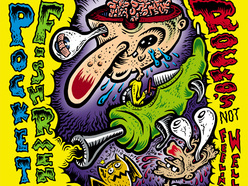 Reverbnation .  It was brought to the attention of the folks in attendance right from the get go that they would be doing a lot of their new songs at this show.  Ya gotta say that kinda thing cuz FishRman fan’s know EVERY WORD to all their hits and all have their favorites. In case you weren’t aware, most of their songs involve sex, drugs and bodily functions.

Case in point, some song titles from their new album….”Big Ass on Fire”, “Missy LeHand” and “High on Rock and Roll”. And just like THAT, two songs in the back room crowd made itself known by make all the folks that were sitting down enjoying the show wish they were as drunk as the folks blocking their view. So about 3/4 thru their set I called it a night. Old man indeed. 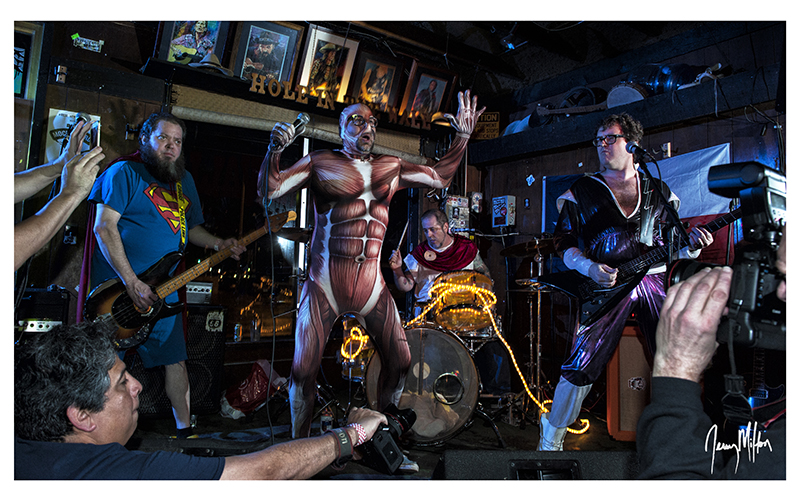