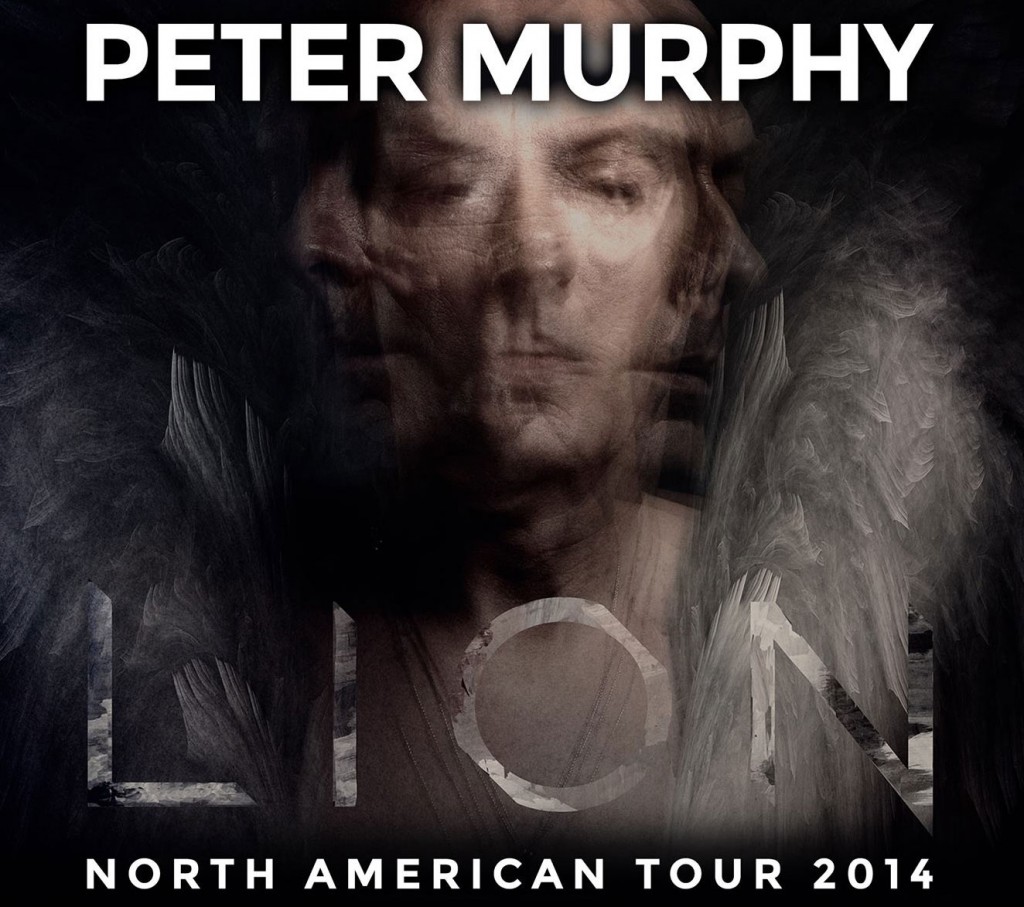 On a day when the temperature creeped up to 100 for the first time this Summer in Austin, Mr. Bauhaus, Peter Murphy is set to play a gig in the airy outdoor venue The Belmont. Luckily there was a bit of cloud cover earlier in the afternoon so by the time the first band was scheduled to start up at 7PM it was pretty pleasant (well for Austin folks).   Despite what the drumset said (My Jerusalem), the opening act was The Boxing Lesson which took me a few songs to piece together.   My line of thinking was…..aren’t there more folks in My Jerusalem? I have seen them before right? Finally I snapped to. 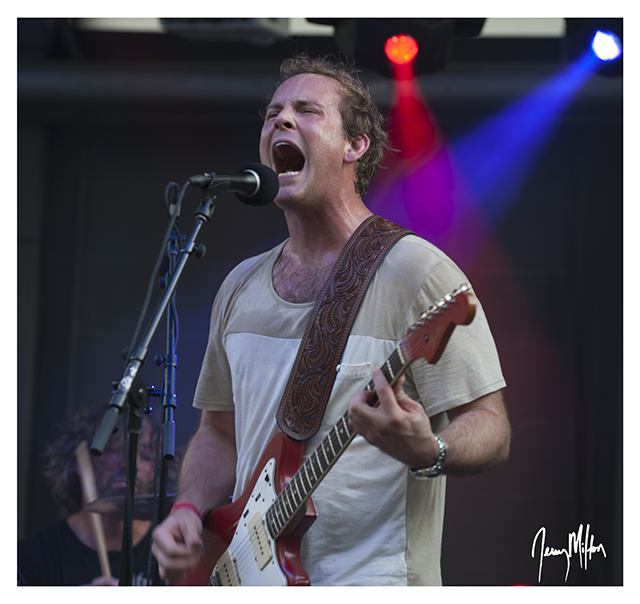 For a 3 piece band consisting of drums, keyboards and guitar….holy hell it sounded good. Guitarist Paul Waclawsky flat tore up his Fender, and along w/ Jaylinn Davidson on keys thrown in, made the lack of a bass player of no concern to my ears.  It would appear both these bandmates are in The Casual Strangers too. How Austin, haha. I like their self genre description of Psychedelic Ambient. Looks like they have some new material out produced by local Frenchie Smith  by way of the “Big Hits” album which you can check out on Google Music or iTunes. Listening to it as I type this…it sounds as good right now as it did last night. A band that SOUNDS psychedelic instead of just throwing themselves in the way too trendy Psych band genre heap. 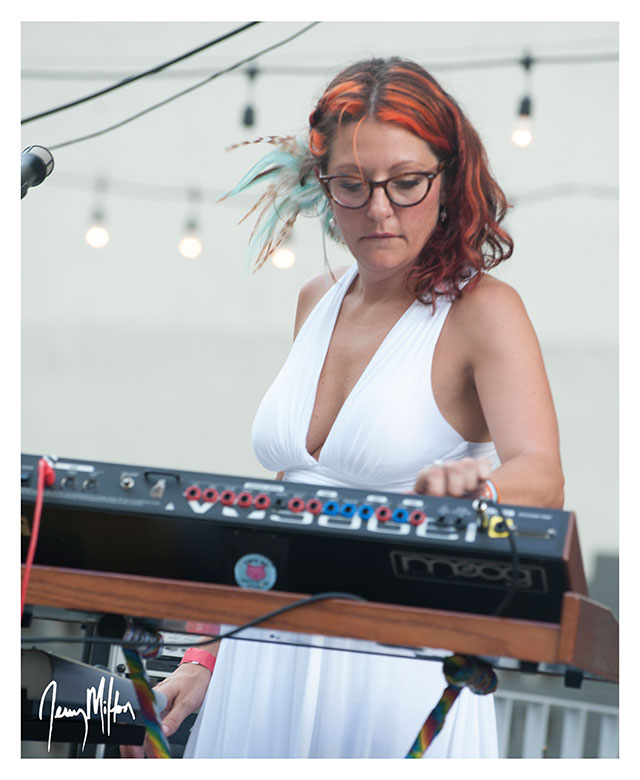 My Jerusalem was up next, but I chilled inside the super comfortable confines of the inside bar of The Belmont to rest up and partake in all the Coca-cola and ice cubes I could throw in my pie hole before Peter hit the stage.  That said, thanks to the big screen TV’s and awesome sound system piping in the live action outside, I sorta got to check out their set anyway.  They always put on a good show, and like most successful Austin bands are seemingly on a constant tour, with this just being a pit stop in their hometown. By the time they were done with their set, the majority of the crowd had shown up to thank them properly for the 2nd awesome set of the day. Well done by both local acts. And with that I headed to stage right to claim my spot for Peter Murphy.  Having never gotten to see Bauhaus, I was definitely looking forward to it.  In 1983 I found myself on the 13th floor of Jester Dorms at UT-Austin on the “business major” floor.  I didn’t fit in too well with my Electrical Engineering study habits which included a healthy dose of Bauhaus set to 11 while my neighbors were convinced some dude sporting a pair of blue jeans showing just his backside w/ a ball cap tucked in his back pocket was the 2nd coming of Christ.  To quote the neighbors I shared a wall with, “It sounds like you are listening to a bunch of monkeys having sex in there”.  What can I say, “Tell take tongues lick at seven senses, brittle spittle sparks, you are defenseless. -NERVES.’ 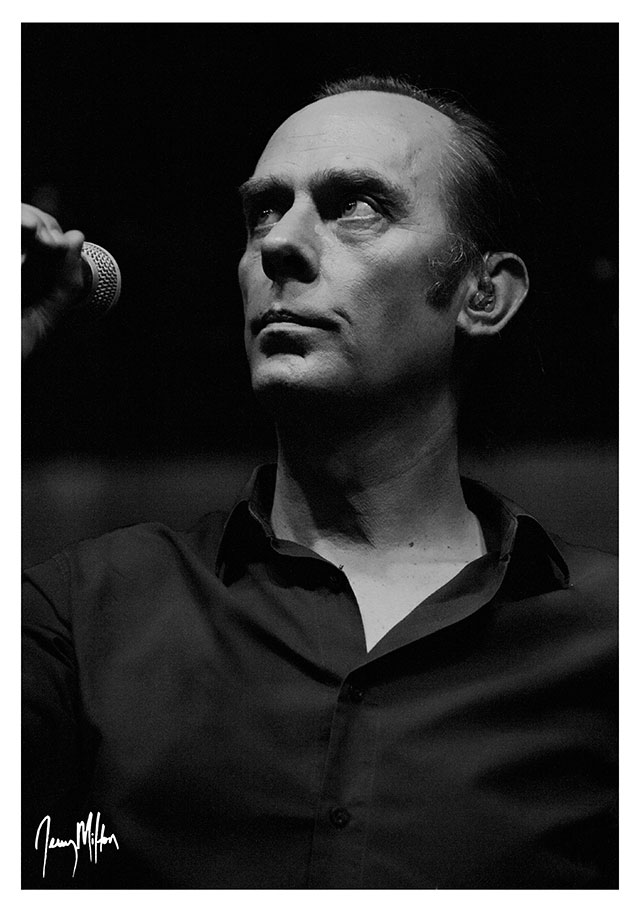 Just a few lines in, it was apparent despite my fears after reading the TMZ headlines that perhaps ala Winehouse, drug use may have ravaged his vocals….NOPE !! What a relief, as in no time flat, I was in a Bauhaus daze. Peter kicked things off with ‘Hang Up’ off his latest album Lion, his 10th solo. (Google Play / iTunes) .  What followed were cuts from other solo albums such as ‘Holy Smoke’ with a heavy dose of songs from his albums Ninth and Deep.  He threw in a couple of more from the new album as well AND, yep, some Bauhaus material. 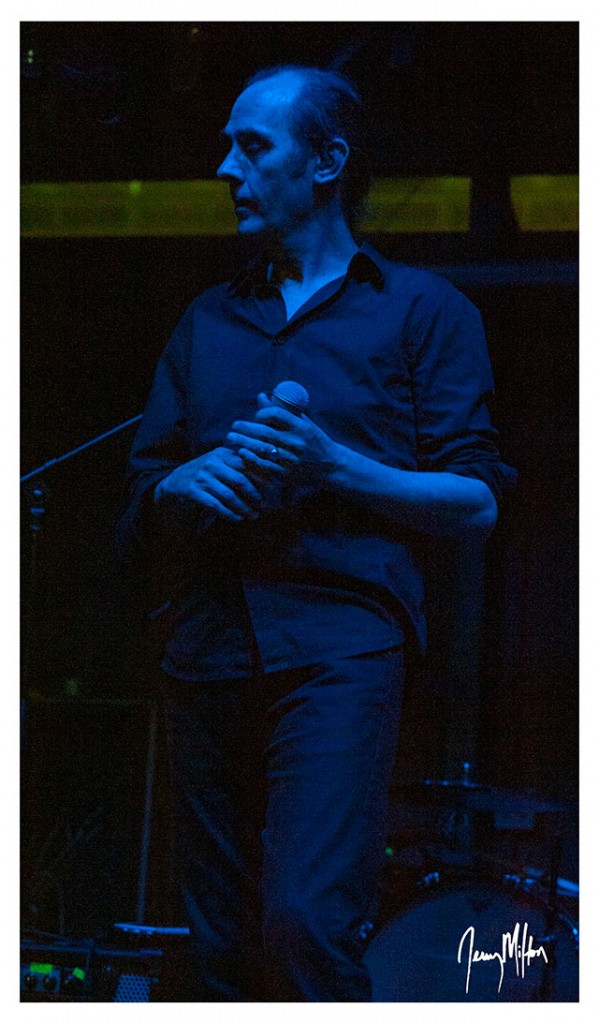 What Bauhaus songs you ask? ‘Silent Hedges’ from their 2nd album Mask and the last commercially released single ‘She’s in Parties’ from naturally their last album Burning From the Inside.  It was all more than I could have hoped for as I wasn’t sure he was gonna play any Bauhaus material, so it was appreciated fo’ sho’.  I’d be remiss if I didn’t give props to his band. His bass player played fretless bass with ease on the numbers that required such mastery, never mind his whipping out a violin on a couple of numbers as well. The guitar player was some skinny dude that reminded me of what my frame musta looked like when I was in my early 20’s if and that is a big IF…..I could play Peter Murphy tunes with ease.  All and all a good night at the Belmont, so much so that I look forward to seeing all 3 bands again hopefully sooner rather than later.