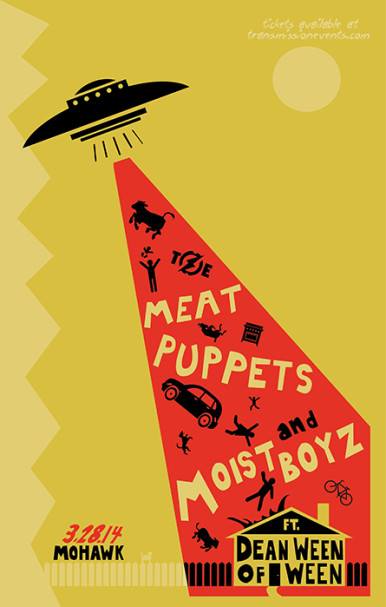 At first I thought wow, The Meat Puppets are pulling the old “let the opening act play the headliner slot” routine.  But it soon became apparent that a buttload of the crowd was there to see the Moistboyz. Duh, Dean Ween (aka Michael “Mickey” Melchiondo, Jr) is in the band. Those WEEN fans, they travel well. That said, it was a fine night for a show at the Mohawk, one of my fav venues.

Sure enough out marches the Kirkwood brothers. And I mean brother(s), cuz the youngest Elmo was on bass, so 3 bros on stage w/ a side of local Shandon Sahm on drums. Well he wasn’t the ONLY local as Curt calls Austin home now. Anyway, one could certainly tell it was pretty much a hometown gig, sorta like being at a Butthole Surfers show. Plenty of winks and nods from band members on the stage to friends and family located around the venue.  Music wise the Meat Puppets put on one hell of a show.  Forget PSYCH FEST, these dudes are the real deal. Curt can bend a single note and take it places that even Robert Fripp would be impressed with.  Good thing I wasn’t on any ‘shrooms on this night cuz it would have been a bad trip watching Shandon blow chunks near the end of the set.  Yes I just HAD to share that with you. haha.  He played on like a fuckin’ trooper. Their current release RAT FARM is worthy of purchase. As are their badass T-shirts. 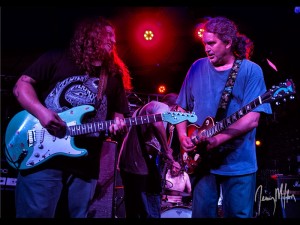 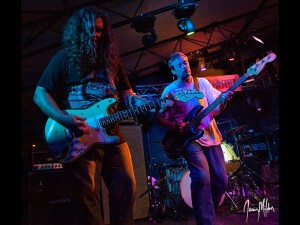 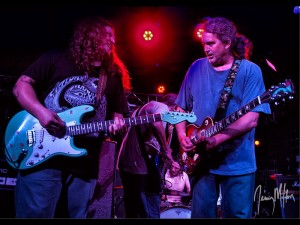 In between sets, damned if the crowd didn’t seem to double in size. These WEEN kids were coming outta the freaking woodwork. I had seen them a few years earlier at Red 7 when Pinkus was with them on guitar…so I sorta knew what to expect. I thought it was a super badass show THEN, so I had high hopes.  And fuckin’ A, they delivered….damn the nimrods standing near me that were talking shit about Nick (Oliveri). I think they were just jealous of his beard as all 3 of them kept playing with their pathetic attempts like the morons they were.  Who knew the singer Guy Heller was a former wrangler over at Stubb’s for many a year before bailing on Austin.  I don’t get out much obviously, haha. 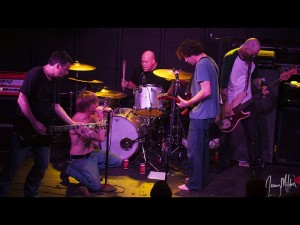 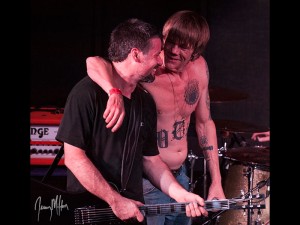 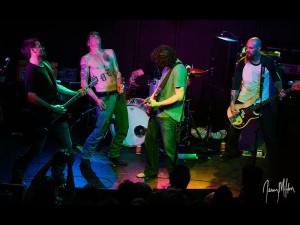 The previous time I had seen them, Gary was as bald as a cueball. Homeboy looks a hell of a lot different with hair. Musically, this band ROCKS. end of story.  His Marlboro voice is spot on for this band. Mikey looked right at home playing barefoot on the Mohawk stage. Their current release Moistboyz V was partially recorded here in Central Texas. Pick it up on digital, vinyl or CD form. You won’t be disappointed.  You can check out the REST of my photos from this gig on my Flickr page.