Tra La La….it’s the DICKIES !!  It was quite a surprise to see this bill on the Transmission/Mohawk calender. A pleasant one. I headed down early via the train cuz ya never know when these things are gonna start.  Also on the bill was the Lower Class Brats…And much to my surprise it was their first time playing at the Mohawk.  We live in a strange town my friend. Not that there is anything wrong with that. Bones, Marty and the crew gave it a mighty try to wake the slumbering crowd up.  Clearly Bones was spot on for calling folks out on not yet consuming enough alcohol. That didn’t stop LCB from pumping out some quality punk rawk. The local boys seemingly get better w/ age, like a fine wine. 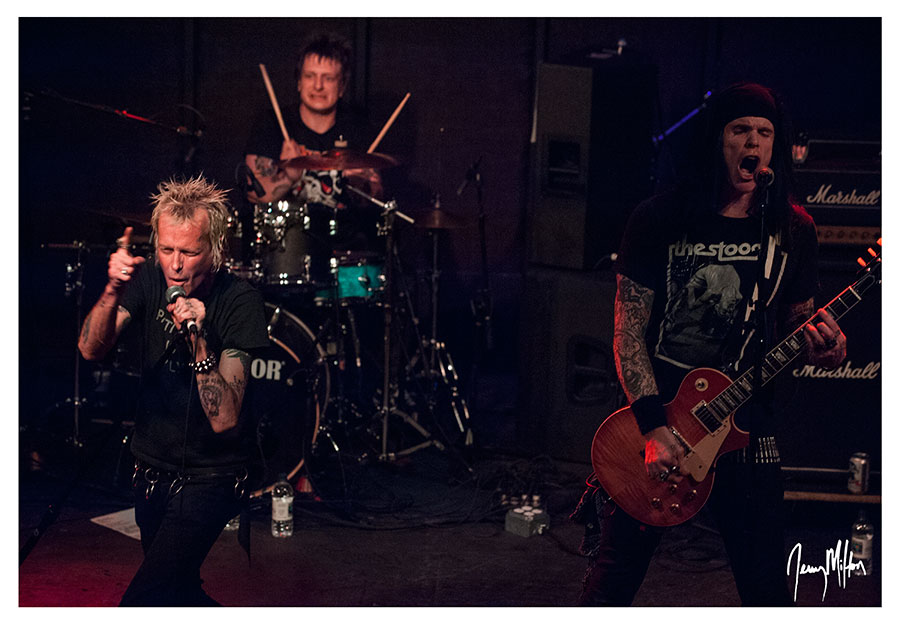 I had noticed Mike Wiebe milling about but didn’t think much of it and sure as shit much to my surprise he turned out to be fronting a band I hadn’t heard of before….Drakulas.  Which is the sort of thing that happens all the time in this town. I joke if a musician that lives in Austin isn’t in at least 5 bands, he/she’s a slacker. And as ridiculous as that sounds, it’s damn near the truth. So much so, that damn if I can find as so much as a facebook page on these guys. Well the band anyway. Of course Mike is on there. Drakulas guitarist was a force to be reckoned with….and it was cool see a marked departure from the Riverboat Gamblers. I’ll be sure to show up at their next gig, assuming I’m hipped to it.  Quality fucking rock and roll. 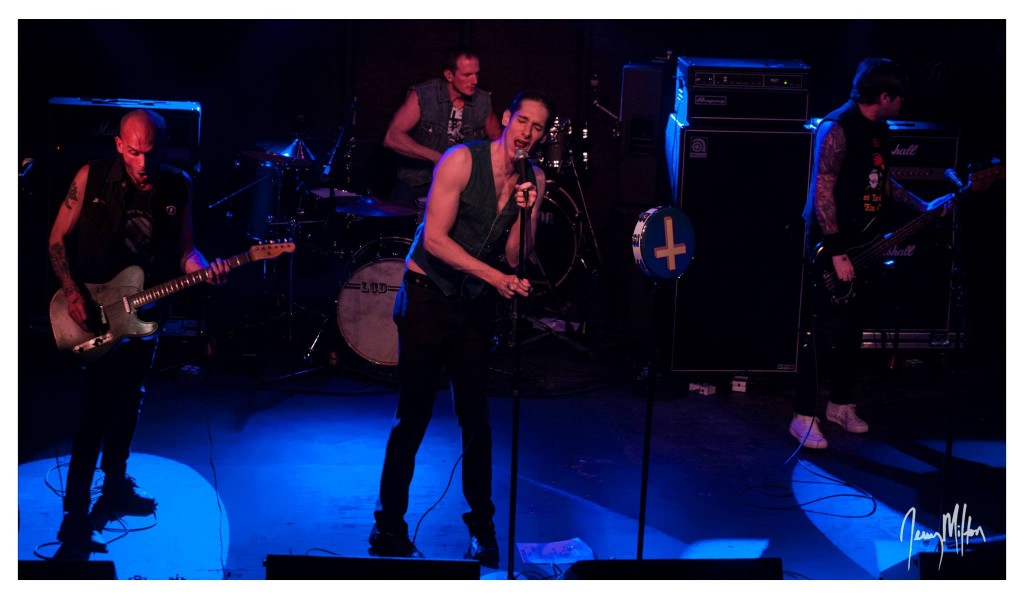 And with that it was time for the DICKIES.  What hasn’t already been said about this band.  I will say THIS…It was interesting seeing the pre-gig going on’s…..roadie chick came up and down the balcony (where I was) a few times…as everyone was waiting for the band to hit the stage. The first time, I was thinking BEER RUN…as I recalled they had turned the upstairs room at the Mohawk into the Green Room for the night. Then a couple of trips later I was wondering if someone was MISSING….and just about that time, the roadie goes down the steps with Leonard Phillips in tow. 15 seconds into the first song, it was apparent he was at 110 percent so just biding his time upstairs prior to that I suppose.  Leonard had on this wacky stretch shirt that made it look like he was wearing a vest and tie. Classy. And much like the Drakulas before them, the Dickies guitar player Stan Lee was in fine form. California guitar slinger at his finest, that one. 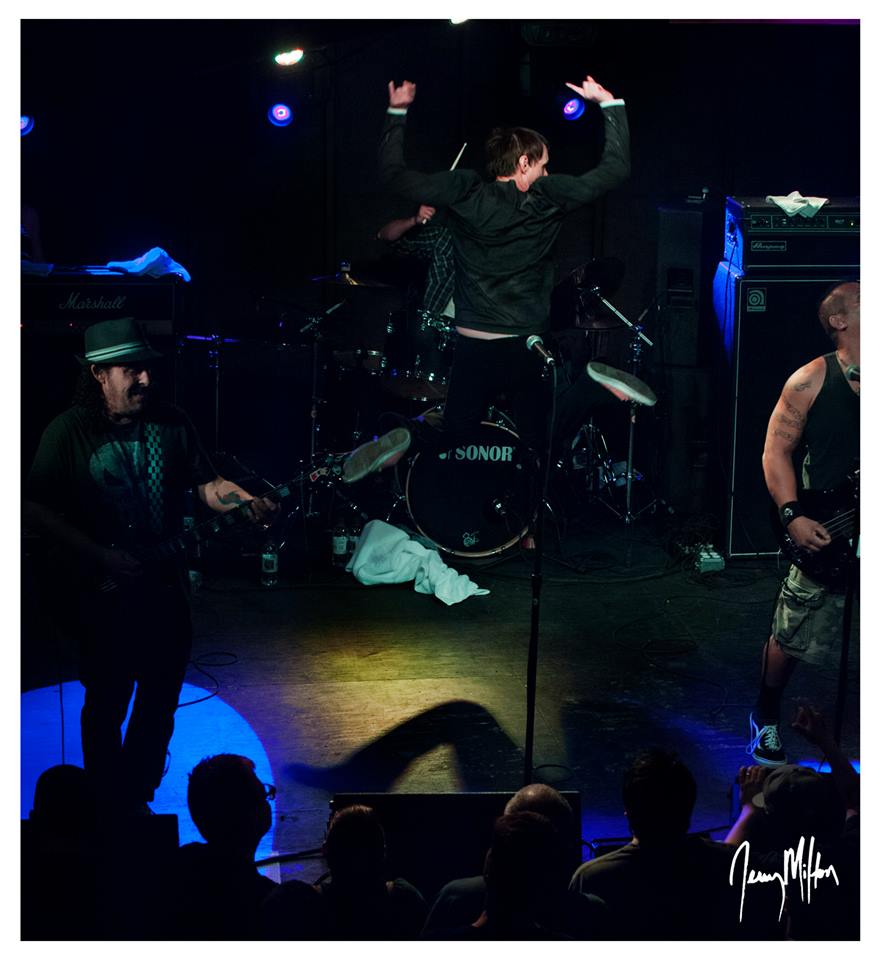 Leonard had the energy of someone half his age….and his mannerisms w/ the arms flailing was all his own. I’m a photographer, so of course I notice more of the visual shit.  Musically they were spot on. Finished off the set with of course THE BANANA SPLITS. duh. 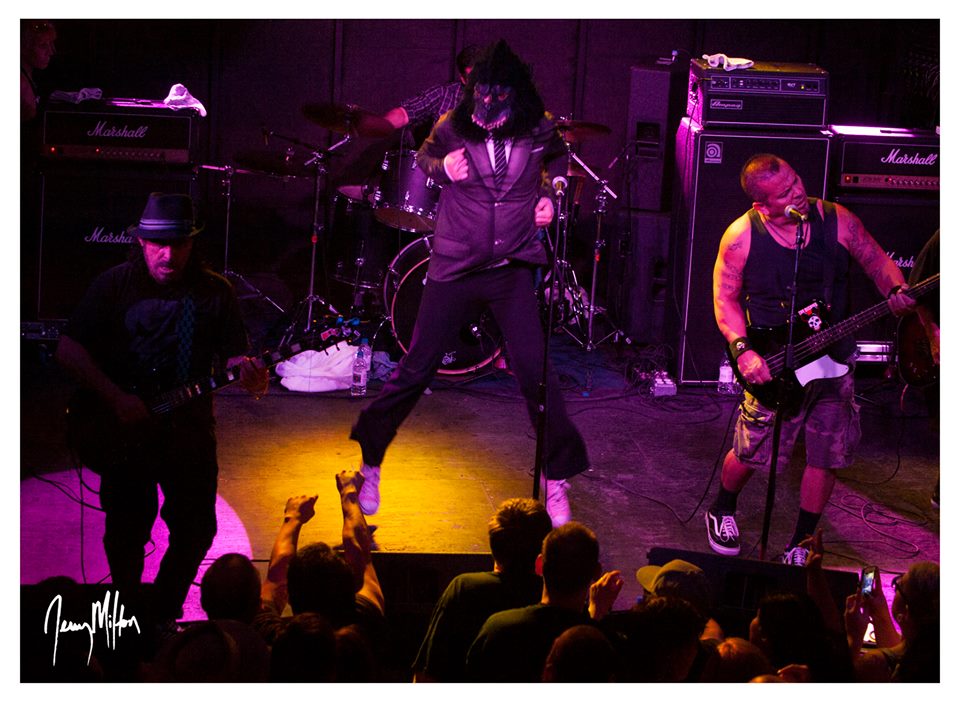