Megafauna: A Perfect Combination of Beauty and Beastly — by Nicolette Mallow 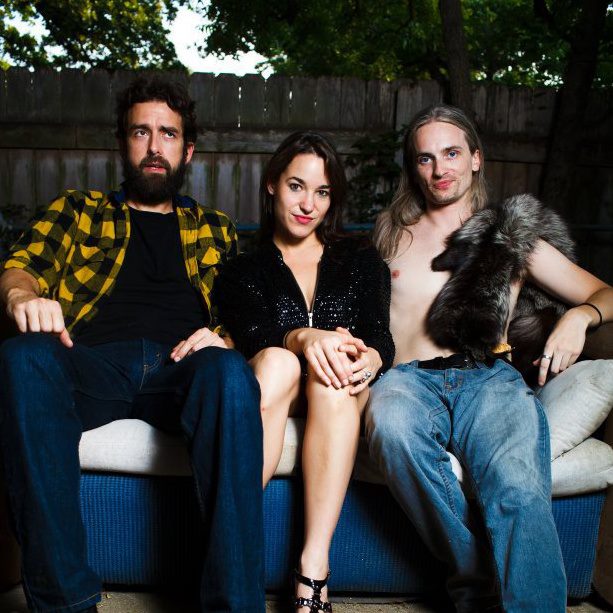 Megafauna: A Perfect Combination of Beauty and Beastly.

The first time I saw Megafauna was four years ago with my brother, Zachary, at the Saturn Bar in New Orleans, Louisiana. I can still remember the outfit worn by the lead guitarist and vocalist, Dani Neff: a short, dark dress that came above the knees – and it had sleeves – although the sleeves were sheer, unlike the rest of the dress that was onyx. Tapping the pedals as the band transitioned from song to song, she had on dark boots. Even though she seemed to stay in one place on stage, her feet moved a lot as she let loose on the guitar—and her dark brown hair flowed as she motioned her head to the beat. The other band mates, Zack Humphrey (drums) and Greg Yancey (bass) were extremely talented musicians and I enjoyed admiring them play. The music would be incomplete without their accompaniment. However, I admit that I simply could not break my gaze from the one girl amongst the trio known as Megafauna. 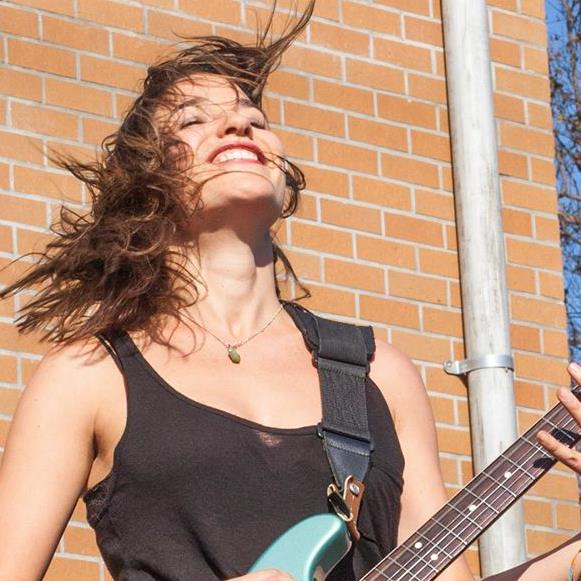 My brother and I were sitting at the bar and I was lost in a daydream, exhausted from the heat. It was the middle of May; therefore the weather was extremely hot, humid and thirst-quenching. Everyone was glistening in the bar lights. Suddenly I heard music from the stage and I found myself moving my feet to the rhythm as I sat in my bar stool. First a bass line caught my attention, and then the drums provoked the belly dancer within me to swaying alongside the beats. A woman began to sing overhead, and like spell work or magic, her words lured me towards the stage. Turning away from the bar, I stood up to get closer. My eyes fixated upon her as she sang. 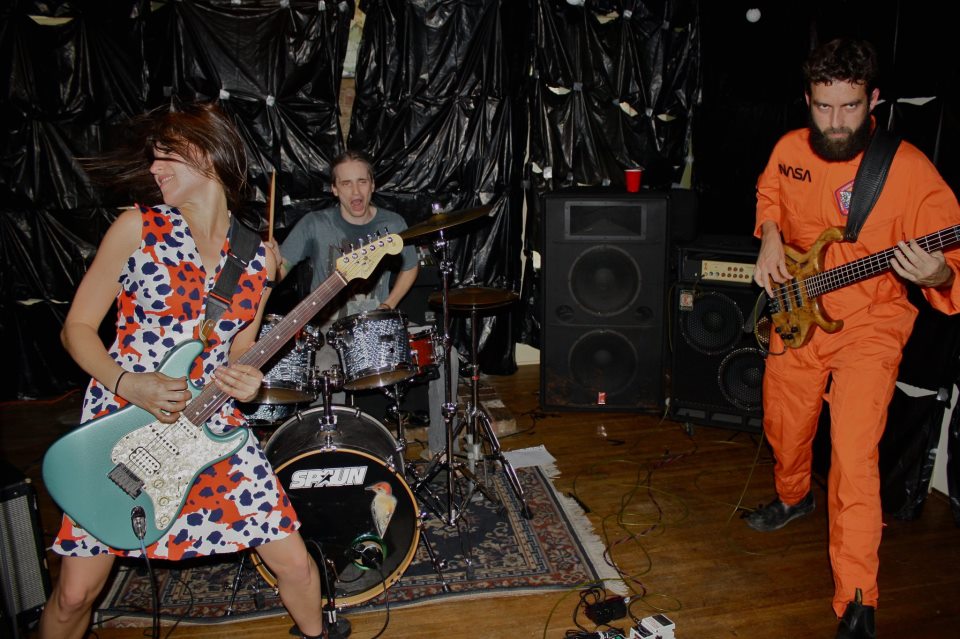 Neff’s voice was powerful, daring, and distinct like a rock star. But at other times her voice was almost operatic or transcendental with its gentility and broad, angelic range of vocal skills. A beautiful, sometimes haunting contrast against the heavy, metallic sounds of the music and the heavy drums.  But don’t let her sweet voice fool you – that girl can hold her own on the guitar and she had every man’s attention in the room. Most importantly, there was intense, united, and positive energy surrounding all three band mates that made you want to stay for the entire set and hear every song just to watch them connect artistically.

According to their website, Megafauna’s sound is “The Thinking Woman’s Hard Rock” and it’s a compilation of ‘rock, prog, grunge, experimental’ influences. I couldn’t quite define their sound, but I admit that no other band I’ve heard before or since have ever sounded quite like them. At the end of the show that night in NOLA, I signed up on their mailing list. Yet somehow I kept avoiding another performance. 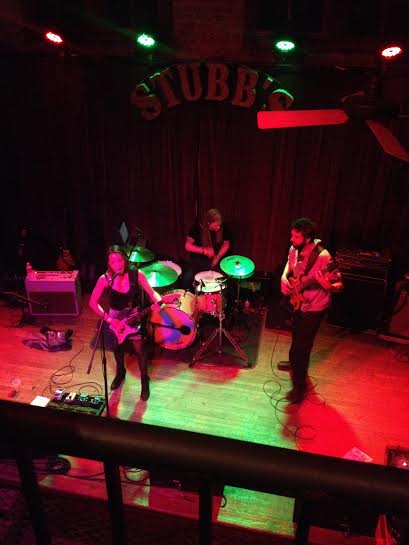 Last February of this year, four years after the first night I saw them play, I finally went back to see this band that hypnotized me the first time I saw them at a random dive bar in the bayou. Except this time, I was on my home turf in Tejas and I was going to a venue I’d been to countless times for countless shows: Stubb’s BBQ on Red River Street. The stakes were high and I was preparing myself for immense disappointment, or immense nostalgia and delight.

As I came into Stubb’s, I was ten minutes late so the music already began. And to my extreme pleasure, the music was just as good as it once was, if not better. Neff’s voice conjured those old feelings straight from my heart, once again, if not more. And I found my eyes locked onto this vocalist and guitarist just like before, as if I could feel her words when she sang rather than hear them. 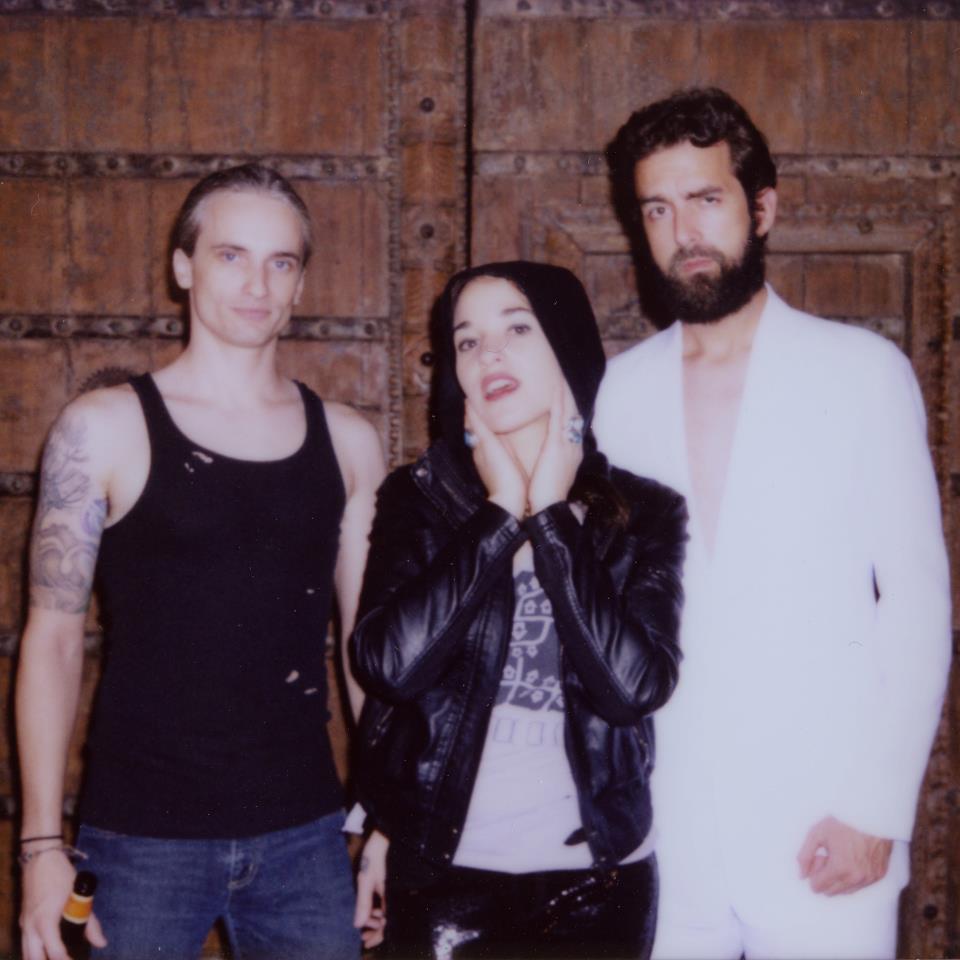