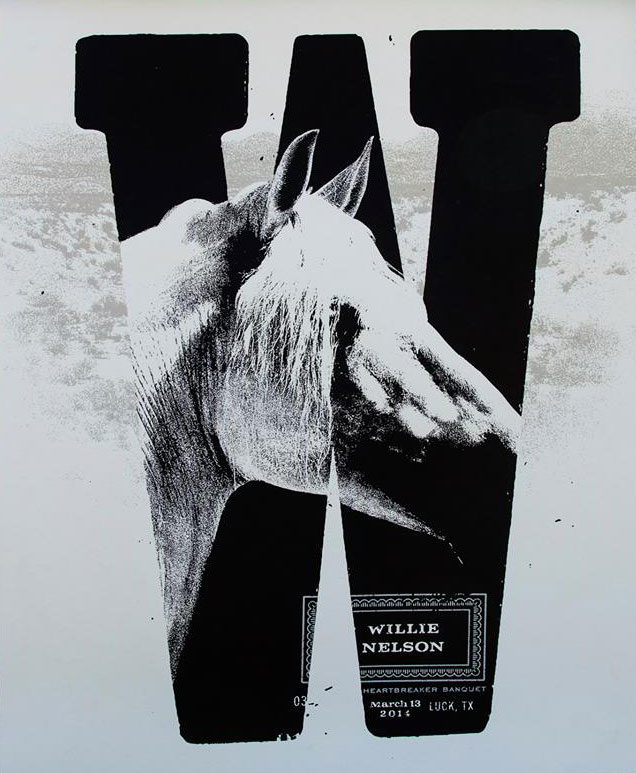 An annual event thrown at Willie’s Ranch each year during SXSW, this year’s Heartbreaker Banquet promised to be another stellar edition.  Like alot of “private” parties thrown during SXSW, tickets were highly sought after….but unlike those that only cater to “badge holder” types, the promoters of this event had multiple giveaways thru twitter and facebook for the average joe. If you haven’t ever been out to Willie’s Ranch and the Western Town set he calls Luck, TX just imagine a backlot movie set except instead of being located in cement LA, this one is in the heart of his ranch in Spicewood, TX.

And unlike some other SXSW private parties where they pack folks in there like sardines, lucky for all attending, the number of folks at this event felt just right…after all, it was a good piece down the road from all the hoopla on 6th Street, so one had to be committed to coming out for the love of music (and I guess the free booze for folks that are into that sorta thing). First music act on the main stage to entertain folks was Austin’s own Elle King. She has a husky country twang going for her…found a clip she did after her main stage set as part of “Jam in the Van” which they had backstage for you web folks. Love me some banjo.

Next up was The Wild Feathers from Nashville, TN which would start a theme at this event as a train from Nashville seemingly made a beeline for Luck, TX.  I’ll just go ahead and paste in the their self description here, “if Led Zeppelin & The Band had a baby in Joshua Tree that grew up listening to Ryan Adams covering the Stones 70’s country influenced song.” Well okay then. And yep, they hit the Jam the Van after their set as well, so check ’em out on Youtube. As you can tell in that clip….very talented band. Not so much a lead singer in the band from what I could tell, as they took turns during various songs. 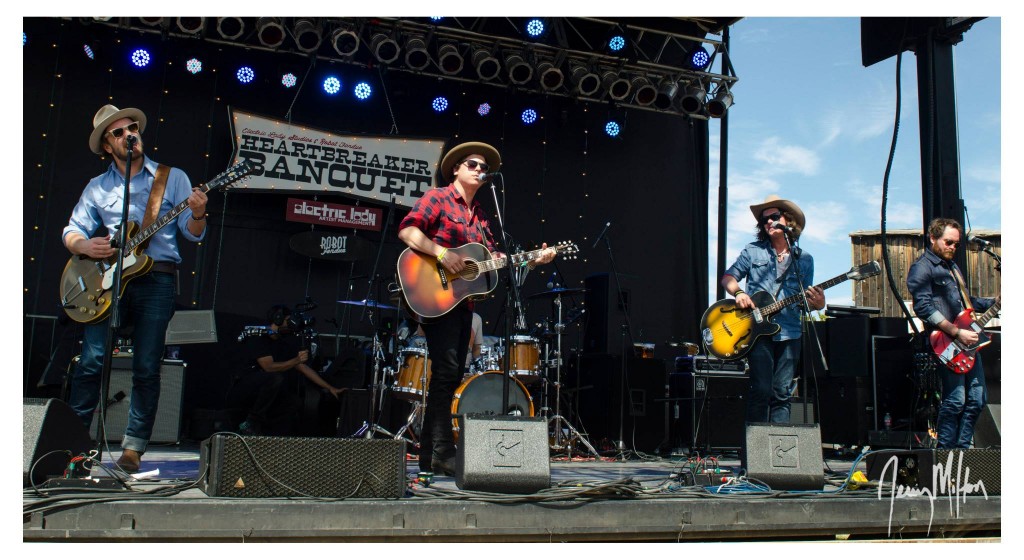 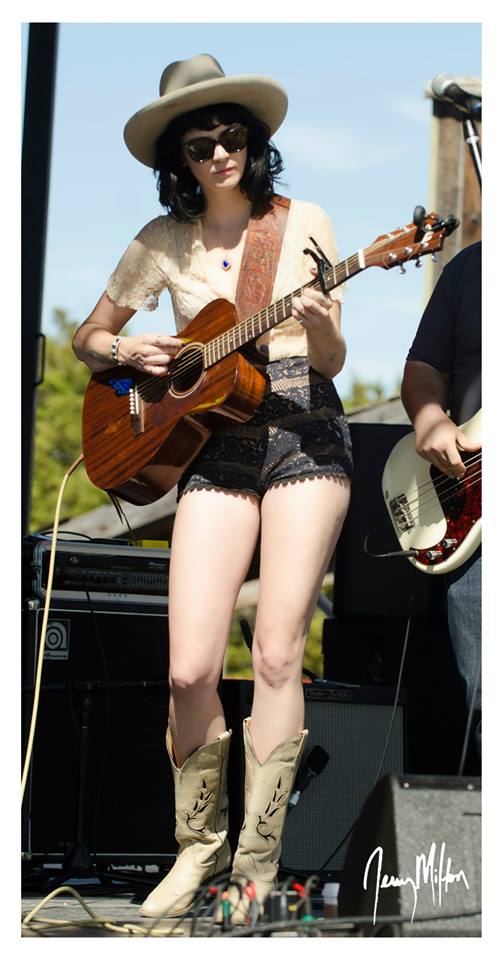 Next up was a curveball in the form of some LONG LEGS that went into the clouds it would seem. Nikki Lane had my attention from the get go rocking those short shorts, yikes !! What a hottie.   Oh yeah, back to the music. A more high pitched twang singing about the rotten incarnations known as men. Here is a recent clip to see what I’m talking about…oh, did I mention she is from Nashville, TN. yep.       I’m gonna go out on a limb here and guess just by the band’s name of Clear Plastic Masks, you might guess they WOULDN’T be from Nashville, BUT….as their facebook page says they are “one of the most talked about groups in Nashville’s burgeoning rock scene”. After watching THIS VIDEO, one would think they would fit right into Austin’s Psych Festival. But yeah, they aren’t country or country rock, so check ’em out yo.  They have a new album about to DROP (sorry I had to) May 27th. If anything, the first 4 bands up let me know that this event was going to be anything but predictable and high on the talent chart.

Next up a band by way of upstate New York….The Felice Brothers. Veterans of SXSW for many years, I always love a band w/ a squeeze box !! Another band where there is no real lead singer…THIS video gives you the idea of their sound.  Stripped down goodness, as they can all play their instruments very well….fiddle included. 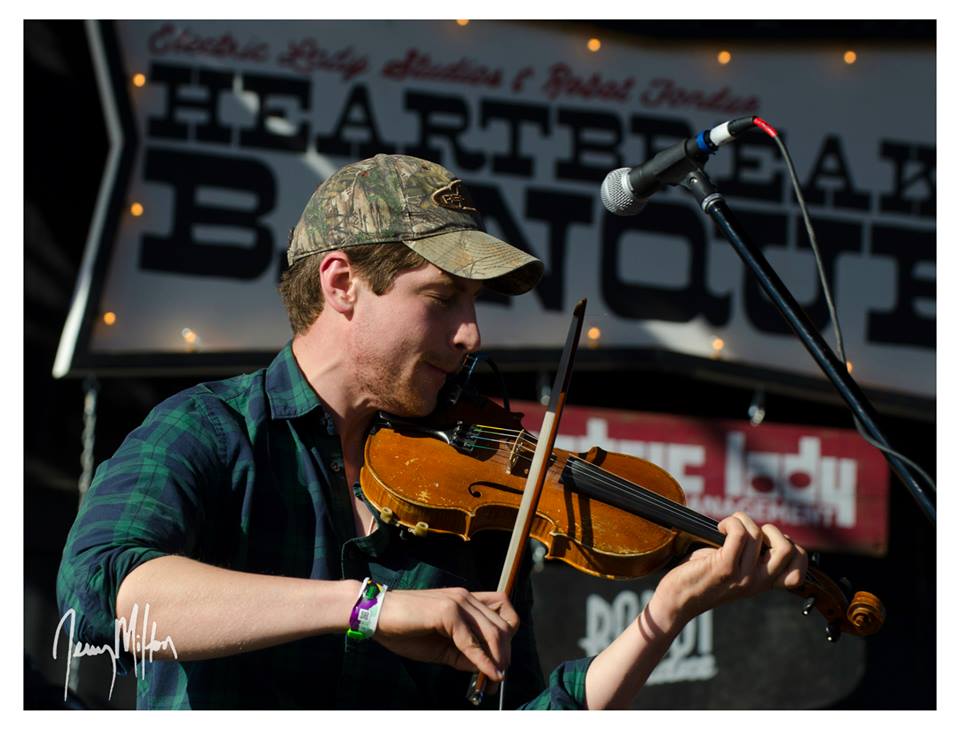 I saw a couple of gals w/ capes on wandering around the VIP area. A dude there had one of those old 1850’s style bellow camera’s with the glass/acid etched pics and was wrangling up folks for a photo shoot. And BOOM there they were in the red capes. Stuck out like sour thumbs, haha. No big surprise the gals hail for NYC and go by the name Lucius. Break out the Roland keyboards w/ a snare and side of cowbell for good measure. Harmonizing vocals with backdrop “wall of sound” on the techno side. If you see a couple of gals walking down the street w/ bangs and matching dresses it could be Lucius. I wouldn’t be surprised to see them at this years FunFunFun Fest on the Orange Stage. 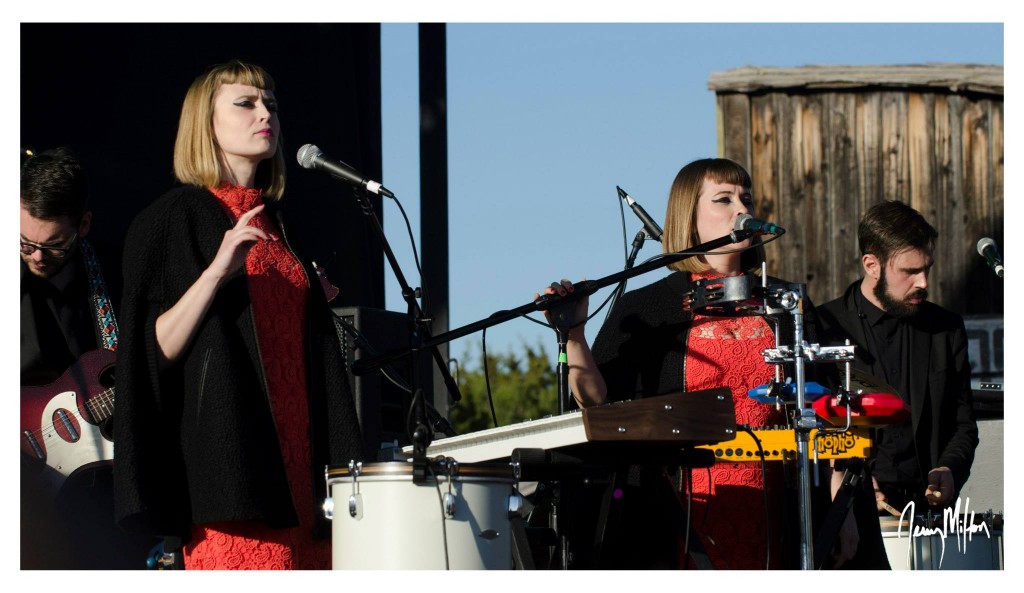 Now back to some ROCK…by way of J Roddy Walston and the Business. And holy Toledo was this dude BUSINESS. Roddy whipped the crowd into a frenzy w/ his stage presence on the keyboard. An entertainer through and through. Always nice to see someone that can pound out on the keys. As I recall he mentioned that he keeps the beats simple so folks can rock out and shake their butts. Or something like that. No big surprise to see he played Coachella. Funny to see a tiny crowd at that fest in this video…clueless they are as I heard only 200 folks checked out a killer set by The Replacements.  ANYWAY, he had the crowd rocking at Willie’s, that is for sure.  My fav band of the day fo’ sho’. So here is another VIDEO of him jamming in Austin. 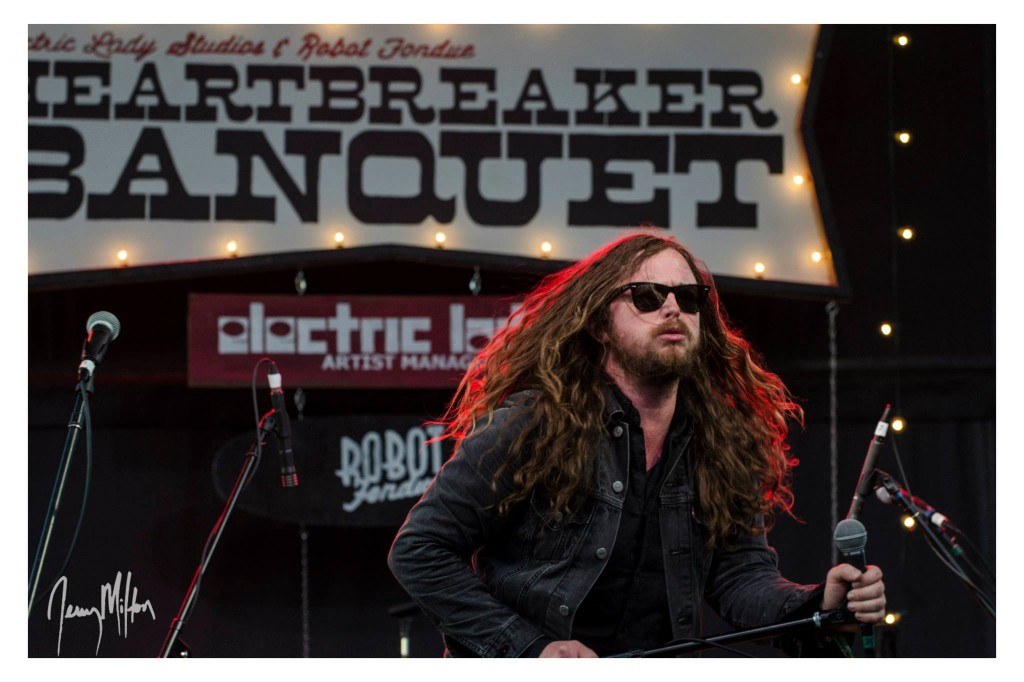 After getting properly rocked out, it was time for a country roots duo by way of Shovels & Ropes.  Hailing from Charleston, South Carolina and self described as “folk rock, sloppy tonk, harmonized, loose but tight, streamlined audience killing machine” one could tell the audience was familiar with their music. Heck they’ve been on Austin City Limits. Country twang, foot stomping music. 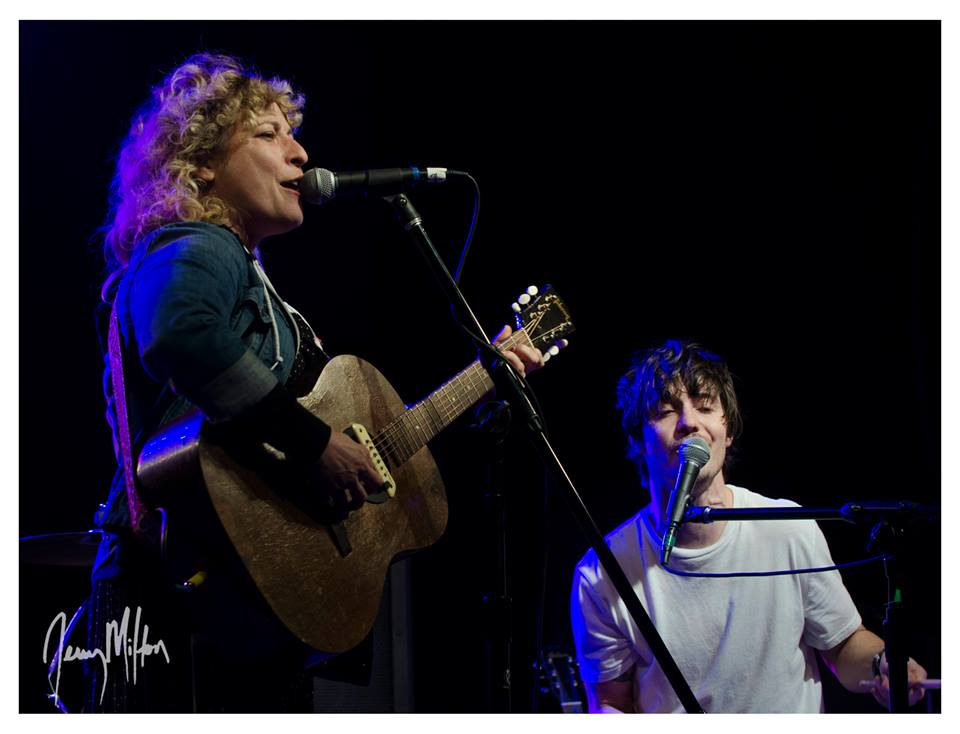 After Shovels & Ropes, it was time for Lukas Nelson and Promise of the Real.  I have seen Lukas at least a couple of times a year as of late, and he seems to always be a bit different. And I’m not just talking about whether his hair is short or long (dang it must grow fast, ah to be young).  On this night he was a bit more subdued, not as country as I might prefer, but I think he is still finding his own voice so to speak. Of course there is no denying the fact that vocally he sounds TOTALLY like a young Willie. The boy can play the guitar too.   This video taken at the event is pure GOLD. 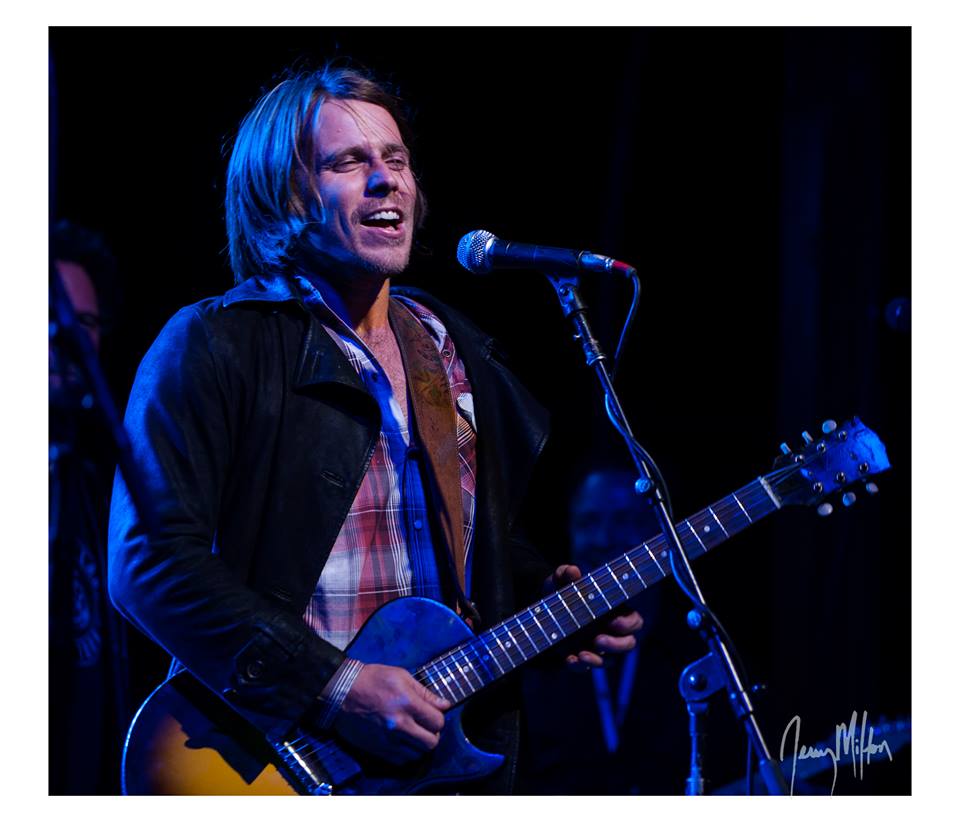 And THEN it was time for the “Surprise Guest” of the show….yep WILLIE.  Of course he brought out Lukas with him and it was cool seeing them interact. He is such a proud Poppa of ALL of his kids. And with that, I called it a night. What an awesome event. I’ll be back next year fo’ sho’. You can check out ALL of my pics/shots from the event HERE.