Stoner night at the trusty Red 7. My kinda crowd. The number of hot chicks at this show was too many to count.  Being NOT stoned has it’s advantages occasionally cuz otherwise I might have forgotten this tidbit. And what stoner show would be complete without an opening band by the name of Harsh Toke? Basically a stoner jam band, think Jason Morales and you’re halfway there (Austin folks will get that reference, the rest of you probably not). In other words, squat for vocals and long on psychedelic guitar leads. Their 2013 offering (you would think EP by only having 4 songs, but they are LONG) is called Light Up and Live. Acid Rock indeed. Their Facebook page list 4 members but there were only 3 at this show. Good bong hit background music for sure. 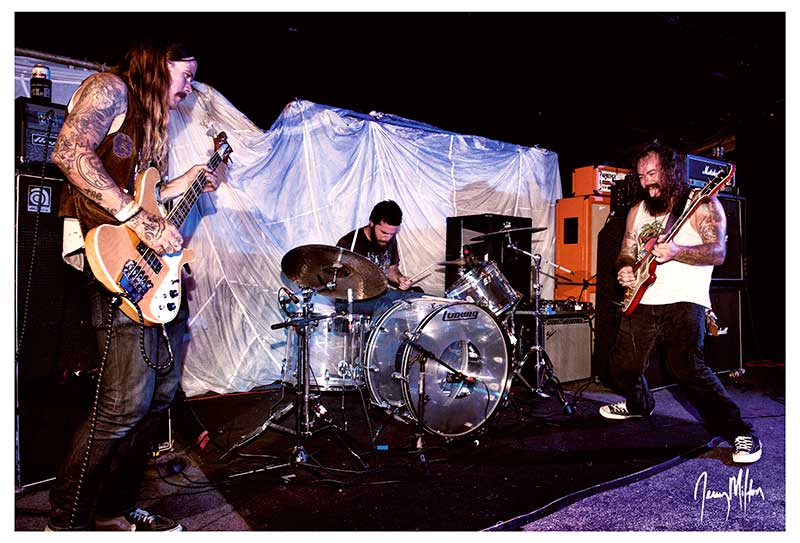 It was clearly obvious who a LOT of the folks had come to see on this night as folks started claiming their space as soon as Harsh Toke ended and the set change began for Windhand. Hailing from Richmond, VA this “Rock/Psychedelic/Metal” got my attention even before they came out of the dressing room due to a full stack of  Ampeg bass amps on either side of the drum set. With 2 guitarists thrown in, it was a solid fucking wall 0′ amps. The first song (they have 2 different versions of this video) of their 2013 album Soma not surprisingly starts off w/ loud and low BASS. Doom Metal on 11 with a side of double guitar attack. Good shit through and through. I wanted MORE…as did the crowd. 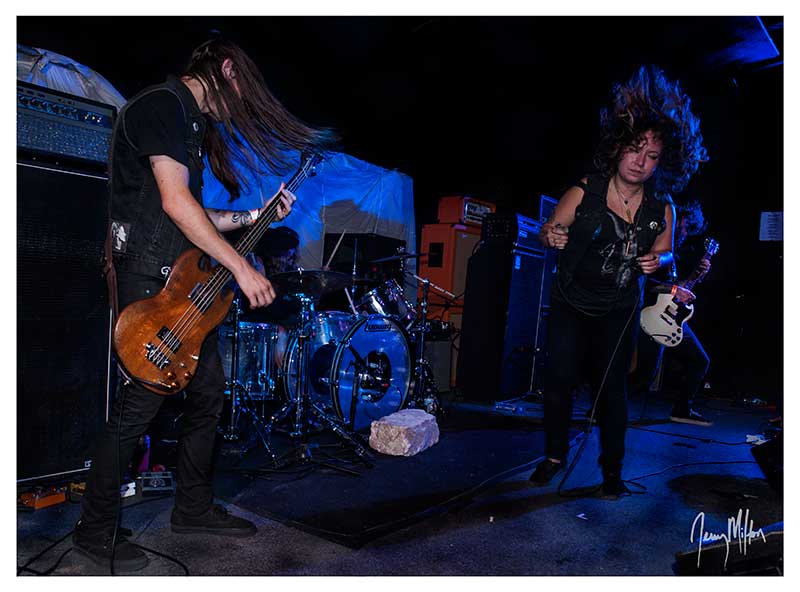 Buy their album and you’ll be treated to a 30:29 song 6 called Bokeskine. Preferably you started taking bong hits w/ song 1 and progressed thru the motions.  Wind, strumming acoustic guitar intro, I didn’t get to see this side of them at the show but I’ll be sure and check these folks out the next time they hit town.  The lead singer Dorthia Cottrell is perfect in her roll with this band. 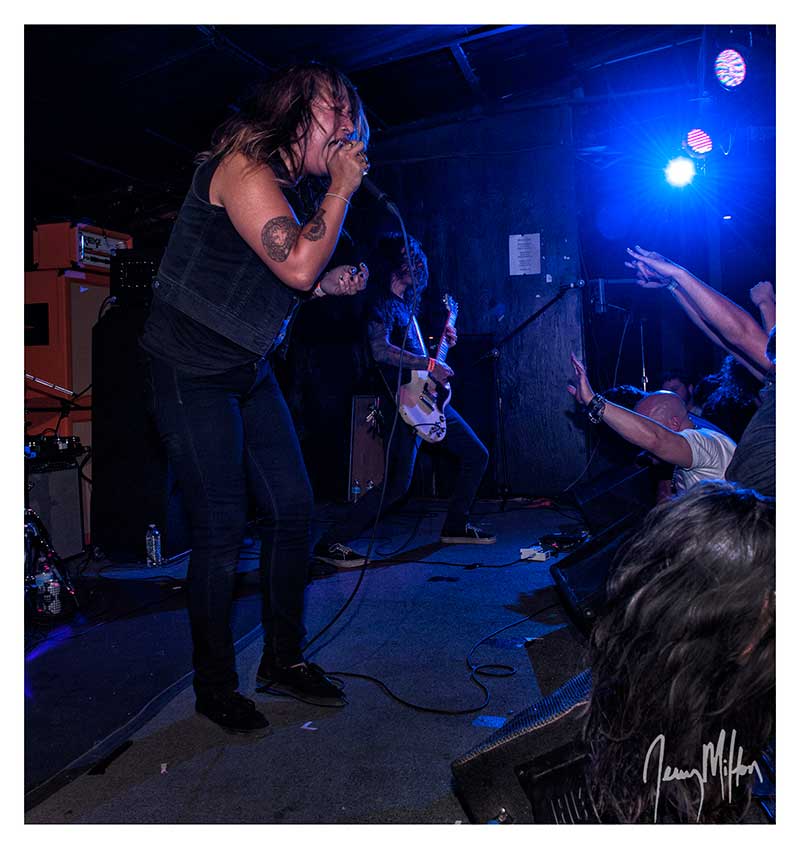 I could be wrong, but I swear half of the crowd vacated the premises after Windhand’s set, perhaps they had to be at work early, haha. It took a while to clear out all those amps and make room for the 3 piece of Dead Meadow.  Hailing for LA, I was sorta expecting a video projection on the white sheet/screen background but I guess that was the Butthole Surfer in me cuz anyone from Psych Fest would call me stupid not expecting the “liquid light” show and right on cue, BOOM we have the 60’s visual aid. 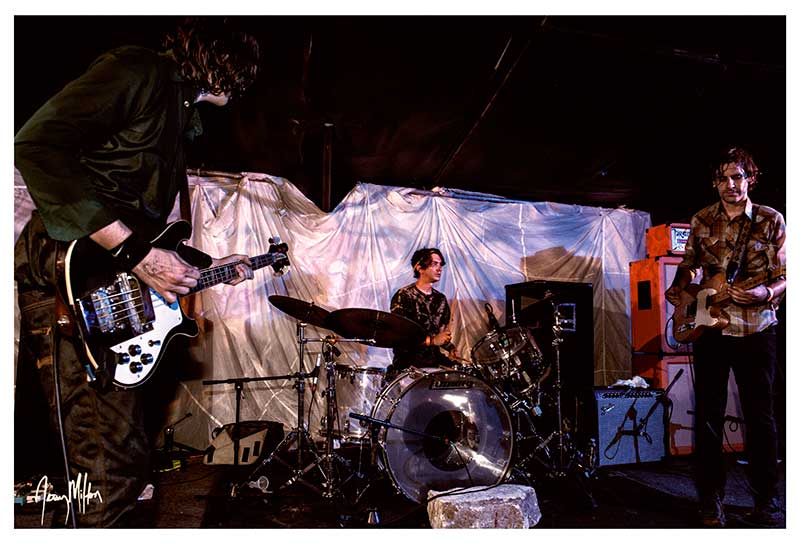 While the previous 2 bands might give you 4 or 6 songs on their recent release (albeit LONG songs), Dead Meadow goes for shear numbers route with 15 licks on their 2013 release Warble Womb. Live it was definitely the most polished sound of the night.  Wah-wah heavy. Here’s a sample from their previous album, but you’ll get an idea of their sound. It was nice to have the STONER sound of Windhand and then these dudes take you into another dimension.  Damn good bill !! 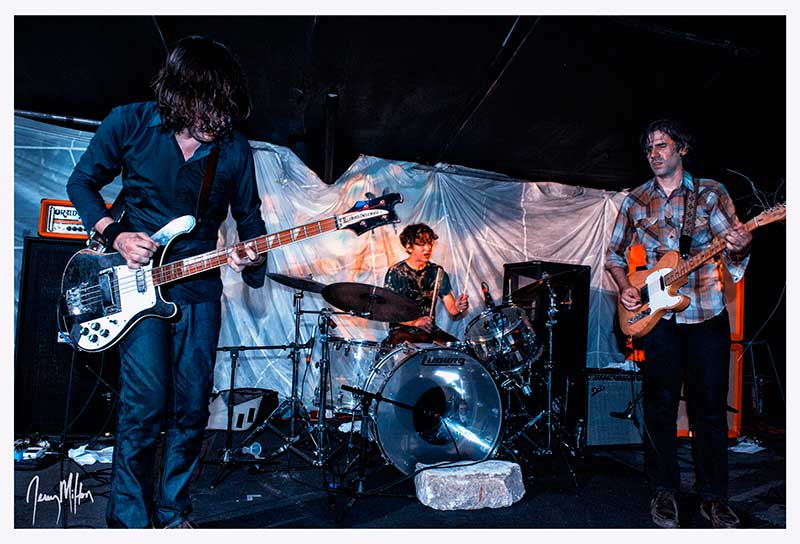