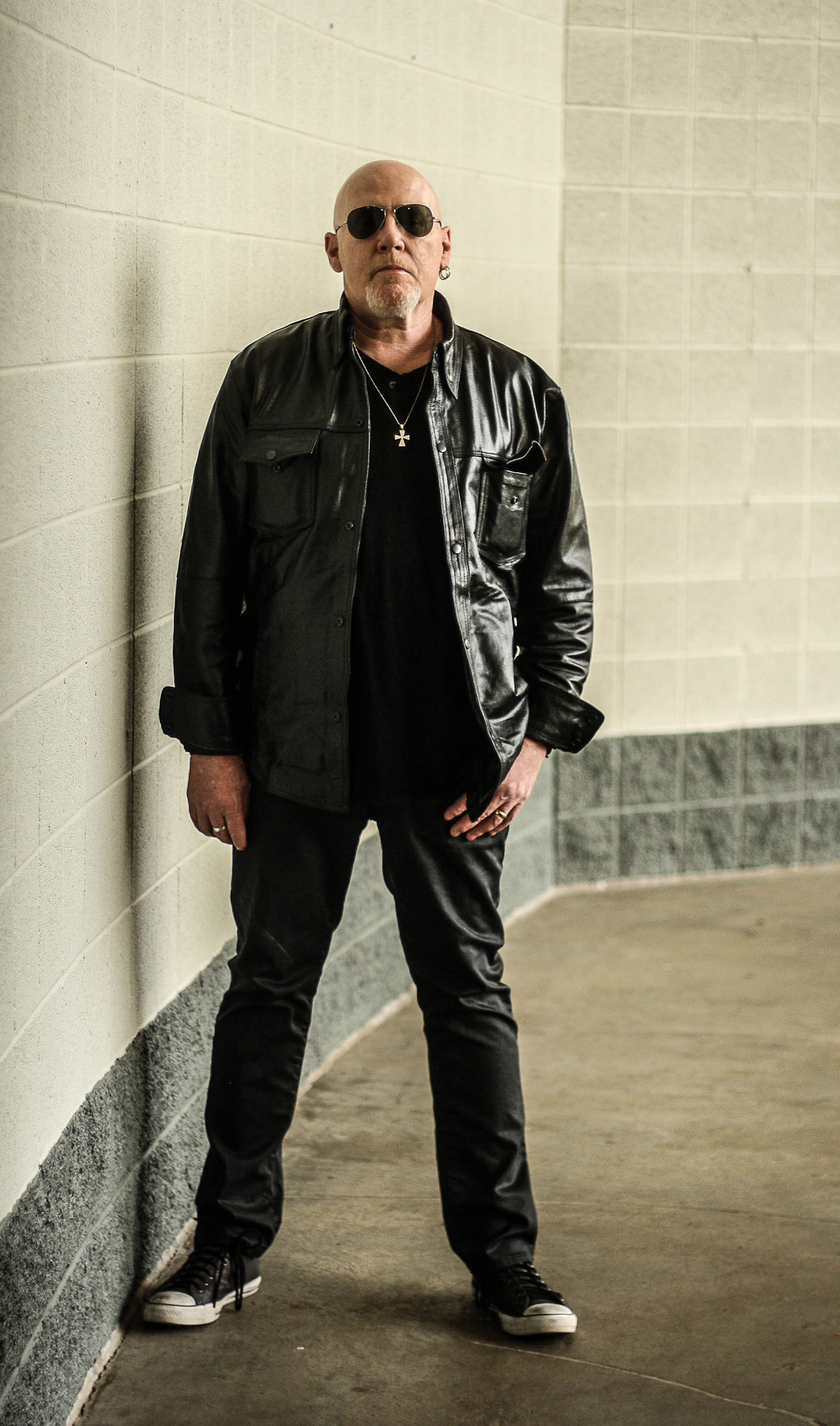 WW: How did Rocket From The Tombs (Frankenstein / Dead Boys) initially get together?

CC: Johnny Blitz and I were jamming together, at loose ends, and I happened to see an ad in the paper for a guitarist and drummer. I called, and it turned out to be Peter Laughner that had placed the ad, he wanted to turn RFTT into a legit band. We jammed once and that was it, we clicked.

WW: What prompted the move from Cleveland to NYC?

CC: Well, the Dead Boys couldn’t get gigs in Cleveland. The closest place to play for us was in Akron, we were outcasts. Cleveland was all cover bands and two or three “arty” bands that played twice a year for each other. Stiv (Bators)did a scouting expedition to NY and came back with the good news that there were life forms similar to us there. 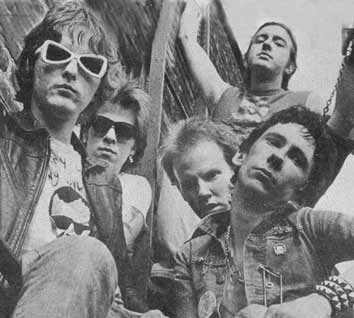 WW: How does it feel to be one of the founding fathers of punk rock?

CC: I guess it feels about like it does to be the manager of the first Papa John’s? I’ve never really felt like a founding father of anything. I just did what I did with my friends; by the time we knew what had happened, it was over and no big deal anymore!

WW: Who / what first inspired you to play music?

CC: I was inspired by seeing the Beatles on Ed Sullivan, I knew right then that I wanted to be a guitarist.

WW: What bands are you currently active in?

CC: Well, I’m not really in a band right now, other than being a non- touring member of Rocket From the Tombs. That means that if we ever convene I’ll contribute to songwriting and recording; hopefully that will be soon, I do enjoy playing with them.

I am doing some limited solo shows this Spring in support of the new EP. I’m using local guys from bands in Austin (Jason Kottwitz, Gabriel Asher, and John Miller), and then I’m doing a string of dates in California with the Streetwalking Cheetahs called the Two Headed Cheetah tour. They do a set, then back me for my set, and we have a big jam all night. I’m really psyched up for that, I haven’t done more than a show or two since 2011. I’m also doing shows in Toronto in May with a Canadian band, the Screwed, backing me.

WW: What is your fondest memory of Stiv?

CC: Just our friendship, hanging out together. We really were like brothers, and we were really close at the end. I took his death really hard. 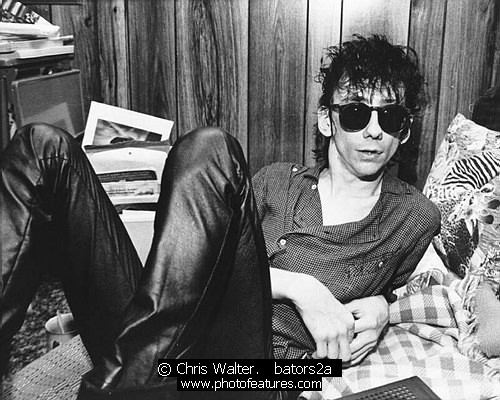 WW: What prompted you to write the autobiography, Cheetah Chrome: A Dead Boy’s Tale From the Front Lines of Punk Rock? Did it feel good…putting all of those memories on paper? 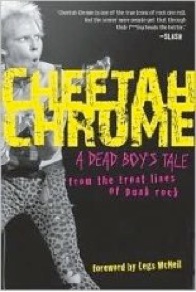 CC: A friend worked for the publishers. She kept telling me I needed to write a book, I had so many stories, and she would always ask when I was going to do a sample chapter. I got to thinking about it, and decided to write one just to see if I could do it, and at the very least put the idea to rest if I got rejected! As my luck would have it, they liked it and offered me a book deal, so I had to write the damn book! It took a year and a few months, and a lot of research and self analysis, but in the end I was happy with it, it did feel good to get it all out. I’ll always be grateful to her for suggesting I do it!! 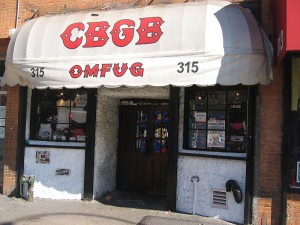 CC: I think probably the Blitz Benefit. There was a real outpouring of support from the entire scene, a real sense of community. It was a remarkable 4 days.

I also enjoyed going down in the afternoons and hanging out with Hilly (Kristal) in the ‘90’s, we had some really good talks.

WW: What did you think of actor Rupert Grint’s portrayal of you in the 2013 film CBGB? 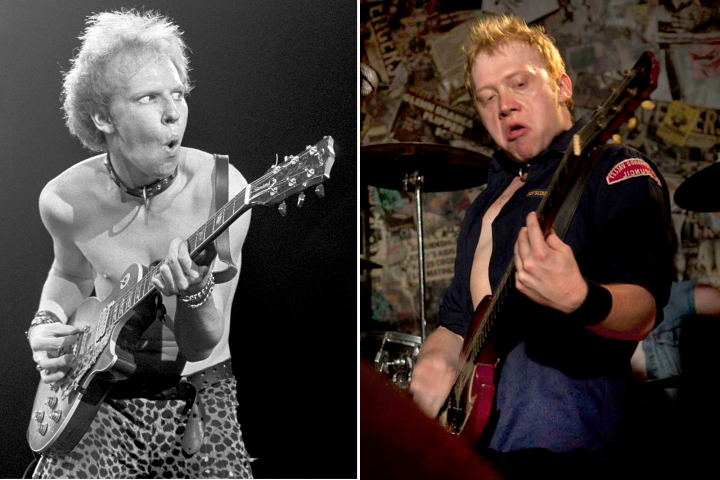 CC: I think he did an amazing job, really did his homework. I was very familiar with the Harry Potter films, as I have son who loves them, and I thought he was a great choice from the beginning. We hit it off well on the set, he’s a really nice guy, and I think he’s going to do some great things as an actor.

WW: You have been in numerous bands over the years (Stilettos, Cheetah Chrome and the Casualties, Rocket From The Tombs, Dead Boys, Texas Terri, etc.) and have performed with a wide variety of rockers hailing from numerous bands (Pere Ubu, Ronnie Spector, Television, Joan Jett & the Blackhearts, The Cult, Alice Cooper, etc.)…any chance of a Cheetah Chrome box set? Or at least a studio solo album?

CC: The idea of a box set has come up, but since I’ve been involved with Plowboy I discovered what a can of worms getting all of the rights and use of masters is when doing the Eddy Arnold Tribute. It’s extremely time consuming and not very interesting, and I don’t know if I could handle it! This stuff is spread far and wide, over a long time…

I’d say the chances of some new studio stuff are excellent, though….

WW: What is your definition of success in rock-n-roll?

CC: When someone comes up and tells me I inspired them to play, I feel like a success. Or when they tell me one of my songs got them through a hard time. And when I finish writing or recording a song that I know is really good, I feel like I’ve done what I’m here to do.

WW: What do you think is key to a band’s longevity?

CC: Ha! I have absolutely no clue, none of my bands have lasted more than a year or two at the longest! Maybe not having me in your band!

WW: When did you start working for Plowboy Records and what do you do there? 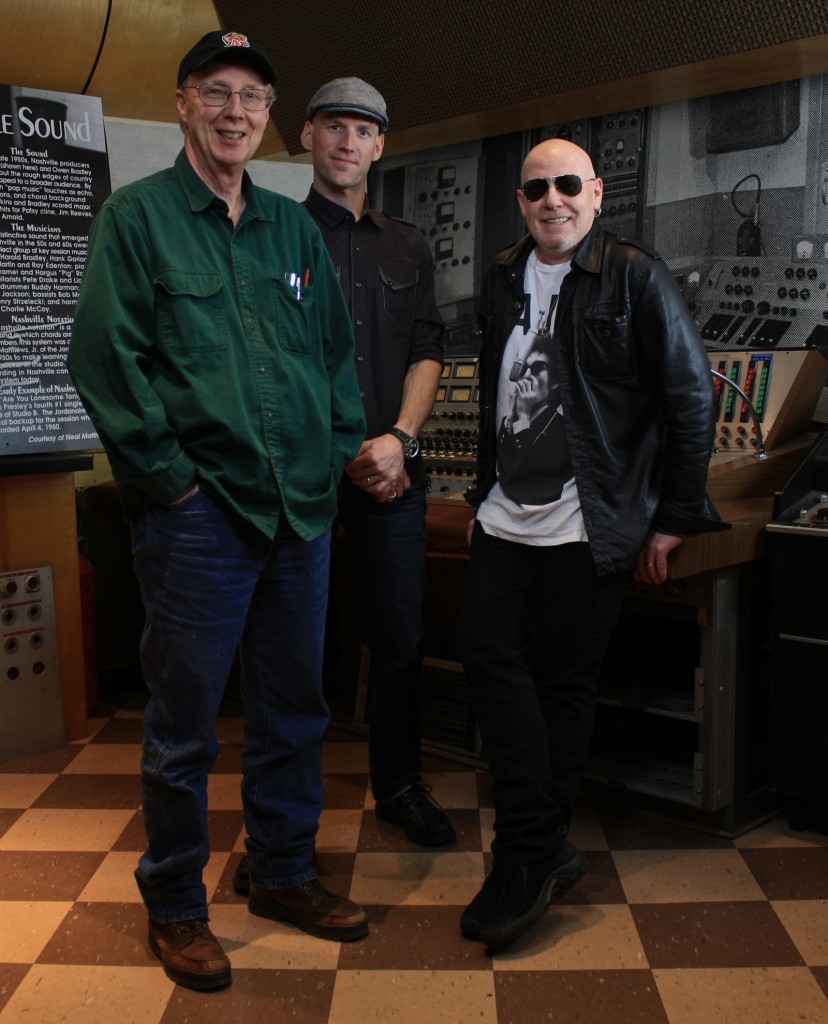 CC: I started with Plowboy in 2012 , and I am Creative Director of A&R and Director of Special Projects. As there are only three of us, everybody does a little bit of everything, but mainly I help find acts, negotiate their deals, and oversee the recording process when necessary. I also handle logistics for things like SXSW, and brainstorm with Shannon over the overall direction we’re going to head in.

WW: What do you like about the Nashville music scene? Dislike?

CC: I think the music scene in Nashville is very healthy, and much more diverse than most people think – it’s Music City, and not just because of Country music. Everything you could possibly want or need to make music is a phone call away.

There isn’t much to dislike about the scene, other than that it’s hard to find steady band members who aren’t in four bands!

WW: Why did you decide to be a “non-touring” member of RFTT?

CC: Well, between 2009 and 2011 I was on the road a lot, between solo shows, the Batusis, the book tour, and RFTT. It was hard to keep up with my responsibilities as a father, being gone so much, and it was taking its toll on me mentally. I really enjoyed the shows, but those are only two hours out of the day, the rest was sitting around in a van or a hotel wishing I was home with my family. So I decided to cut back on going on the road. I made the mistake of using the word “retiring” when I told the guys in Rocket, but that was never my intention, to retire completely, only to cut back. Way back. David and I decided to leave the door open for future possibilities, as we are friends and we do like to write and play together.

WW: How do you like to spend your free time when not on the road or in the studio?

CC: I like to stay home, hang out with my family. I’m quite the recluse.

WW: Who were some of your biggest influences back in the 70’s? Who are you digging these days?

CC: In the ‘70’s? You name it, I took something away from everything I heard back then, even songs I hated. The Stooges, MC5, Alice Cooper, 10 Years After, the Stones, the Beatles, the whole bunch. The Sensational Alex Harvey Band and Cockney Rebel, T. Rex and Bowie. I used to sit around listening to the radio and play along with everything that came on, just to see if I could.

These days I mostly listen to either things I’m working on for the label, or demos I’m doing. I try to listen the radio, and there are some good things. My son and I are big into the Gorillaz right now….

WW: Having been in the music biz for decades now, you’ve obviously seen a lot of change. In what ways has the music industry changed for the better? For the worst?

WW: Will you be releasing anything new in 2014? Touring?

CC: There might be a single or something later in the year , and probably some periodic short burst of gigs. There is a good possibility I’ll be doing some shows in Tokyo this year…..

CC: I’ll be at 29th St Ballroom on 3/13 with Flamethrower Love, as well as The Lost Well on Friday. On Friday I’m also going to be doing a song at the Lou Reed tribute at the Paramount Theatre, and hopefully joining the Hormones for a song or two as well.

Then on Saturday, I’ll be closing the official Plowboy Showcase at the Saxon Pub, doing a real solo set with musicians from Austin backing me and some surprise guests …. 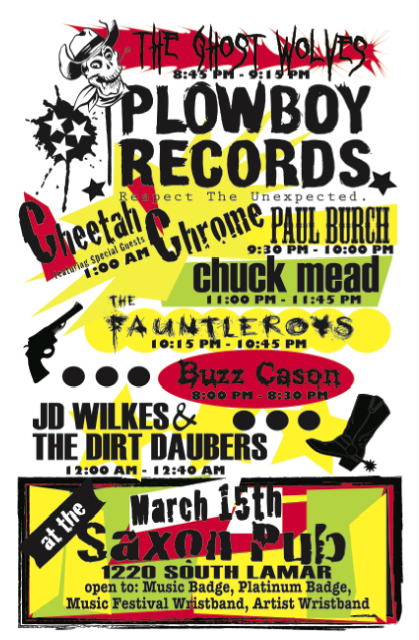 WW: Final words of wisdom to your legions of fans?

CC: Support live music, and to hell with Spotify, buy the damn records!! 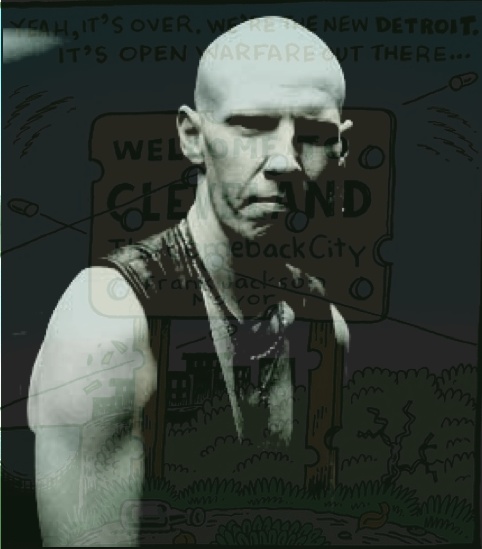 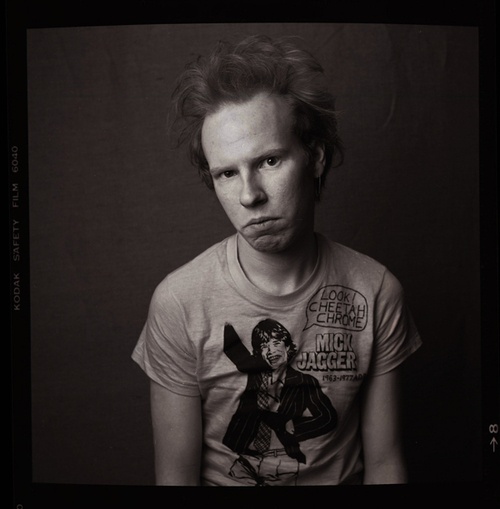