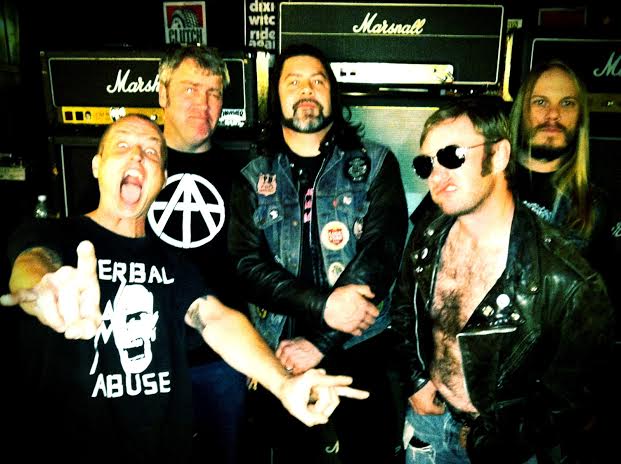 WW: The Bulemics have undergone a few lineup changes over the years…how many years is it now? What is the current lineup? How many people have left and come back?

Gerry: 17 years of foolishness & satanism. The current lineup is myself & Wes Texas on guitar as always with Ginchy on lead guitar, Rob U. Blind on bass, and Breadstick Von Bulemic on drums. There’s not too many who have left & come back. Once they’re gone, it’s usually permanent. There’s over 40 ex-members at this point.

WW: I heard that you guys just got a record deal. What’s the label and how did that come about?

Ginchy: American Icon Records in Austin. We were able to agree on a deal to put out a new record. The owner gets what we are going for and has been very supportive. We are going to go in and record with Mike Mariconda at the end of May. Mike has some amazing credits to his name and we couldn’t be happier.

WW: When is the last time you guys actually recorded / released an album?

Wes: It’s been awhile…Our last LP “Soundtrack To The Apocalypse” (Steel Cage Records) came out in 2004. We’ve recorded 2 full length albums over the last 10 years, but they are yet to be released. (laughs) We’ve got a lot of recordings we’re sittin’ on, but with line-up changes over the years a solid full length LP just hasn’t happened.

Ginchy: My mom would absolutely be disgusted if she heard this shit and I’m kind of hoping this one doesn’t see the light of day either, although it appears a little late for that.

WW: Will you be recording new material? Or material that you have been performing for a while that is still unrecorded?

Gerry: We’re recording a new album of shit that’s never been on any albums. Some of the tunes we’ve had around for a while, but never released on an album. It’s gonna be a gnarly, violent nasty fucking album. My mother would hate it.

WW: So you guys are playing SXSW this year…is this your first time to have an official SXSW showcase?

Wes: No. We’ve played 2 “official” SXSW showcases back in 2000 (Junk Records) and 2001 (Junk/Mans Ruin Records), but have played unofficial SXSW shows pretty much every year since. This is our hometown, so it’s not that big a deal to us to get to “play” SXSW. We play these clubs all the time.

Wes: Yea…I get the film and interactive part, but It seems SXSW originally started as an event for labels to come into town and for up and coming bands to get “discovered”. Now…since the demise of the record industry, I can’t tell ya what the fuck is going on with the music end. Just one big party for out-of-towners it seems. Which is fine. I like parties. 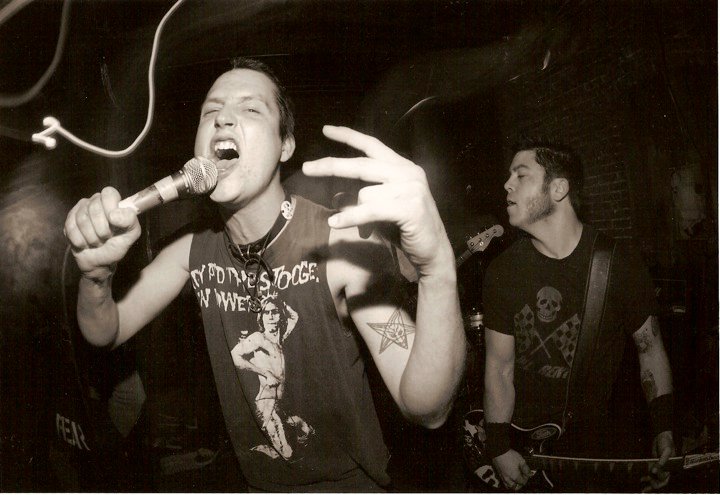 WW: What other shows are you guys playing this SXSW (or is that hush hush?)? 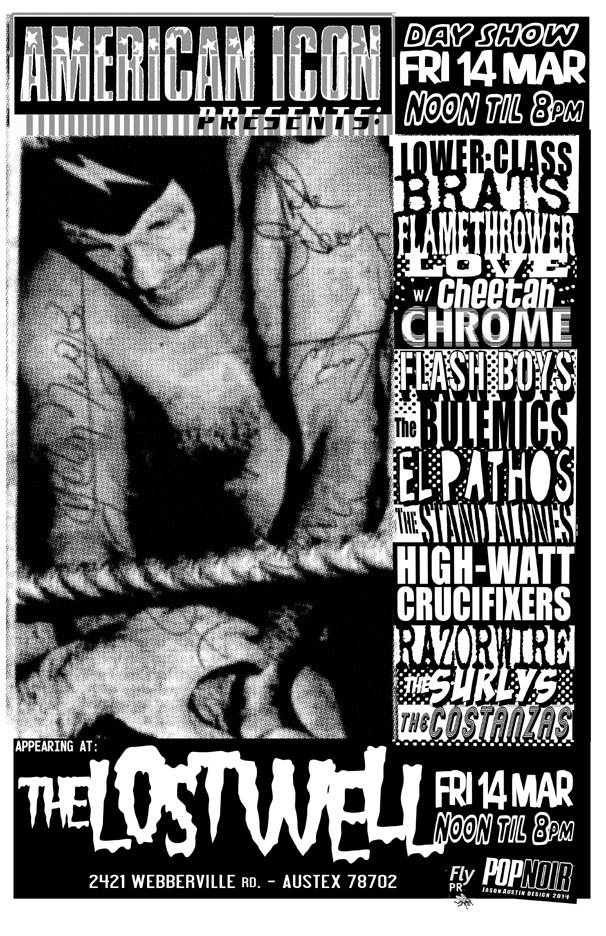 WW: Gerry, you have always been known for your crazy onstage antics. Lately, you seem to have calmed down a bit. Is that due to old age? Less partying? Or less angst in general?

Gerry: I ain’t got shit to prove to anyone anymore. If I feel like fucking shit up, shit gets fucked up. Those moments have gotten fewer & far-er between though. Destroying shit is still something I enjoy a great deal. 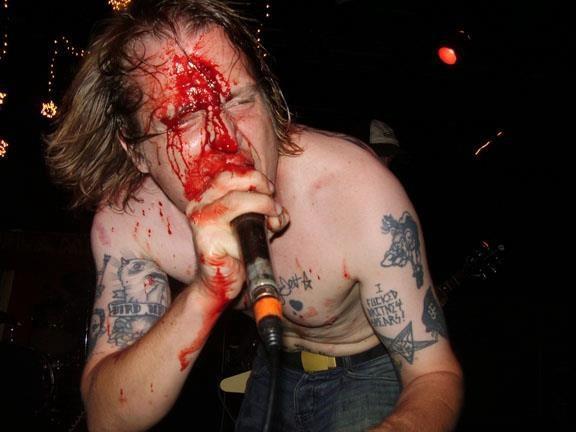 WW: I remember booking you guys at the Red Eyed Fly back in the day (early 2000’s?). I also remember you (Gerry) launching a pint glass from the stage and splitting some chick’s forehead open. Then, I think, you were banned from playing there (remember the Flamingo Cantina?). Are you guys still banned from certain venues in Austin? Or have you smoothed that shit over?

Gerry: It was a dude who got their face split actually. Those things happened so frequently back then, it’s hard to keep all of it straight. There was a while people were afraid to book us, but most of those clubs were lame ass places anyway & have shut down. Fuck ’em!!!!!!!!

WW: What makes the Bulemics the best punk rock band in Austin?

Gerry: Because the rest of ’em suck. It’s just by default. 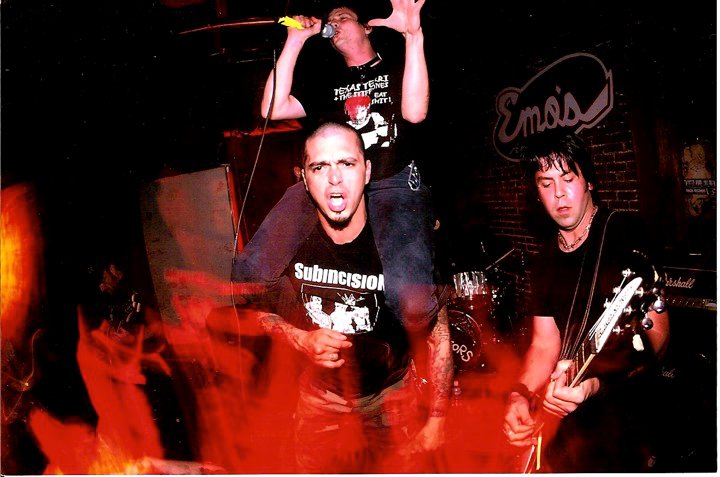 WW: Do you guys have plans to tour any time soon? Or are you waiting until the record’s done?

Ginchy: Touring? It would probably be easier and cheaper to fly the 12 people who want to see us into Austin. Plus, we are much more comfortable riding in our minivans and cabs than a stinky tour van that our drummer insists on trying to have sex in…sometimes thing go dysfunctional after 4 a.m.

WW: In 5 words or less, how would you describe the Bulemics to the uninitiated?

Gerry: We will fuck your mother.

WW: Do you think the addition of new members has affected your sound or style at all? If so, in what way?

Gerry: Not so much in structure or style, but in technique maybe. No two players are ever the exact same. We’ll always stay true to the short, fast hardcore punk sound, but Ginchy hits it more from a rock angle than the previous shredders. It’s all good like that.

Ginchy: I think I’m a sweet addition to this band for sure. I haven’t seen anyone rock this hard since Joe Perry circa ’76. 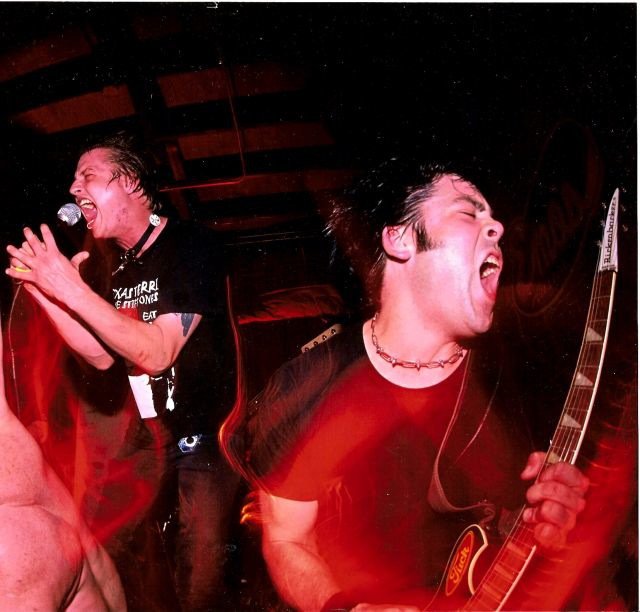 WW: Can you tell us an outrageous tour story from the old days? I know there’s probably lots of them but is one particularly memorable?

Wes: Touring is never boring with this band. So many crazy stories.

WW: If you were on tour, what would your dream lineup be?

Wes: Dream tour of still existing bands for me would have to be a worldwide tour with Iggy and the Stooges, Motorhead, and The Damned. I would have no problem opening that bill for a few months.
Ginchy: Charles Manson, Chuck Berry, NWA, and The Genitorturers.

WW: Why do you think the Bulemics have had such staying power?

Gerry: Too stubborn to get our shit together. I wanna play punk in one capacity or another until the day I die.

Wes: We’re an unpredictable no holds barred punk rock-n-roll show, and I think people like seeing that. I know I do.

Ginchy: I don’t think the Bulemics have any staying power. That’s why I joined the band. Born to lose, bitch!

WW: If the Bulemics had a mission statement, what would it be?

Gerry: Have fun till ya die, ’cause life’s short.

WW: Who / what first inspired you to pursue a musical career?

Gerry: Career in music? Not in this lifetime.

WW: Who are your biggest influences? What are you listening to these days?

Wes: My biggest influences we’re pretty much the first things that I heard growing up in the late 70 and 80’s. For rock it would have to be stuff like Kiss, Black Sabbath, the Doors, and Alice Cooper. My first fist fight was in 1st grade over a kid tearing up a drawing of Gene Simmons I made. Sorry Jonathan, but ya had it coming. I started getting into skateboarding and listening to punk in middle school an It was stuff like the Damned, Cramps, Dead Boys, Ramones, Misfits, and similar stuff of that era. 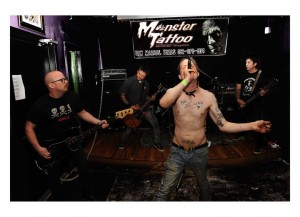 WW: How would you like the crowd to feel when they leave a Bulemics show?

Wes: Hopefully they feel like buying me a drink.

WW: Final words of wisdom to your growing legion of fans? 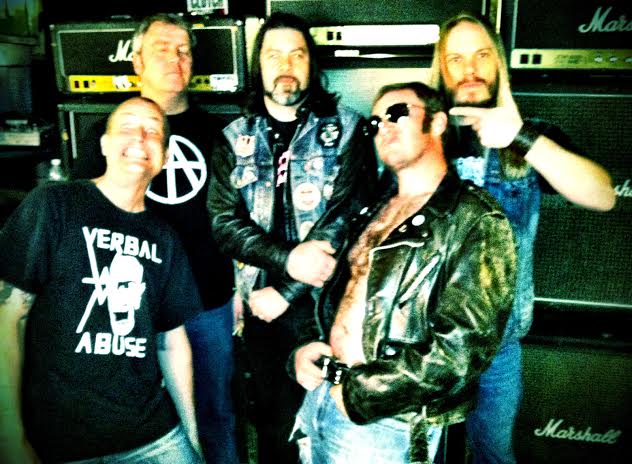