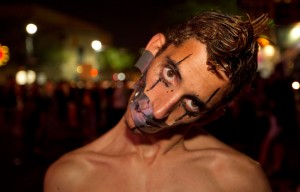 After years and years of being the red-headed stepchild of the Austin musical scene, all dutifully covered by this mag, on October 17th the City Council of Austin finally designated Red River Street as a genuine “cultural district”. And all that that implies….. The vote was a unanimous 7-0 and what pops to my mind immediately is, what took you so long? But of course those of us who have been denizens of said street for any length of time know the answer to that, we’re just not presentable enough. The clubs on Red River, going back to the old Cavity Club, on through the original Emo’s and past the Blue Flamingo, have always been dank, dark, gritty and generally the kind of dives your mama warned you to stay away from. And of course exactly the kind of clubs needed to nurture an actual thriving live music scene. Honing an edge to anything has always required grit and determination, two things never in short supply down The Street. And without that edge to things the Austin music scene may well have devolved long ago into a southern variation of Branson, Missouri. With middle of the road white-bread acts cranking out the schmaltz two shows a night, matinees on weekends! The clubs that came and went on Red River kept things real, put the music first and worried about the finances later. Not the best business model for sure, but for band incubation it can’t be beat. Those still standing survived noise ordinances and condos, crack dealers and developers. But the question now is, can they survive being cultural? 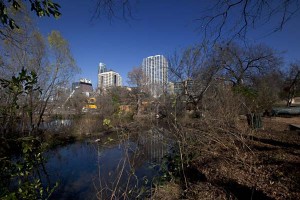 Because the big changes begin now. Crack dealers and upscale condo owners will be nothing in comparison to the oncoming storm that is the Waller Creek Expansion, currently expected to wrap up construction in 2014. For those not familiar with it a comprehensive look at the whole enchilada can be found here http://www.wallercreek.org/timeline, it gives the general rundown in terms fairly easy to understand, but the devil as always is in the details. What is ultimately being planned is converting the entire Red River Cultural District to an Austin version of the San Antonio Riverwalk, or some close approximation thereof. And if you’ve ever been to the Riverwalk, with its upscale bars and restaurants and the paddle boats churning by one of the things you might notice is the lack of live music clubs, except maybe for some cover bands blasting out whoever happens to be popular that week. Existing clubs here, such as Beerland, The Mohawk and Elysium, may have problems meeting the expected rise in rents. Stubbs, who’s outside amphitheater backs up to Waller Creek will almost definitely have to make modifications to its set up to accommodate the changes in the creek. And pretty much all existing businesses in the area will be subjected to major changes, whether intentional or not. 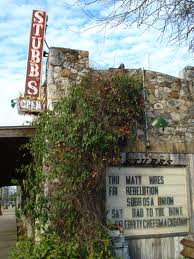 But for the time being it’s probably best to be thankful for the recognition if nothing else. A lot of blood, sweat and tears, not to mention sleepless nights, went into making the district what it is today. A lot of clubs didn’t make it through the journey, and we thank them all for their contributions. And we thank the folks over at the Austin Music Project, they authored and sponsored the resolution that was presented to the Council. And without their tireless work it never would have happened. So for now the Red River Cultural District is a fact, and the clubs can enjoy some additional backing from the city. Bands should now be able to load in & out without fear of ticketing and the clubs themselves should get extra publicity through being linked to Sixth Street in city brochures. So for now the staff here at the Red River Review are mainly happy to see the beat that we’ve been covering for so long get the recognition it deserves. I plan on following up with future articles as the Waller Creek escapades develop, and I’m going to try to be optimistic. But as a long term resident and live music fan that’s a bit difficult. All I have to do is look at what happened to Sixth Street and the Warehouse District and reality comes crashing through. But hey, it’s a new millennium and maybe we’ll get lucky this time. But let’s all keep our fingers crossed…..

This entry was posted in Commentary and tagged Red River. Bookmark the permalink.