YEAH BOYEEEE – Public Enemy is BACK – by Jerry Milton

I was super excited about the fact that Public Enemy was one of the headlining acts for FunFunFun in 2012.  I was at the FRONT of the “Camera Pit” line for their set time, got a great location once we entered the gauntlet…and then RIGHT BEFORE they were due to hit the stage, Austin finest (as in finest ASSHOLES) came into the pit and kicked us ALL OUT saying Public Enemy had told them to do as much.  In protest I took in the set behind the stage fuming while BSing with a friend.

So needless to say I was more than ready to give it another go for their gig at the glorious Mohawk.  The opening acts were local rappers from what I recall….I was busy scouting where to shoot PE, which now that the Mohawk has a “no flash” policy, has totally changed my plans as of late.  Well let’s get right to it…..BOOM out comes Chuckie, loud and in charge with the S1W’s in tow. HELL TO THE YES !! S1W’s in marching formation, I was in heaven. 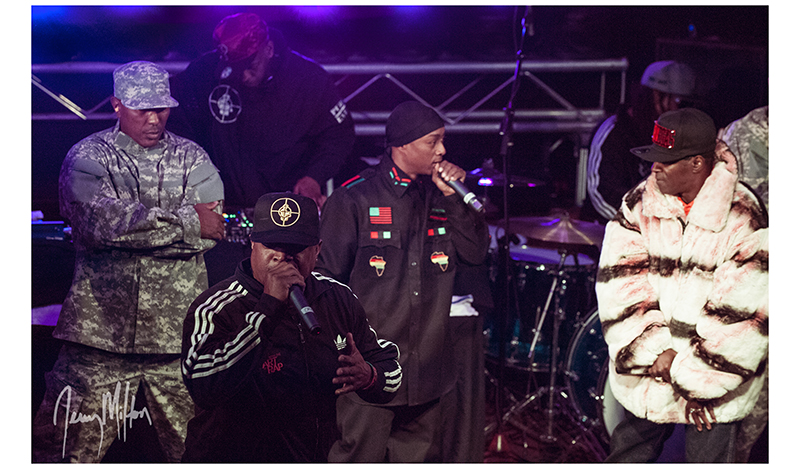 Of course a proper introduction of Flavor Flav was in order, and showing off the grill was a given.

Even Professor Griff was there as you can see in the first photo.  Chuck sounded great as they ran thru a number of the hits. “Don’t Believe the Hype”, “Bring the Noise”, Flavor Flav busting out “911 is a Joke”. Breaking out the clock for the song. Cuz ya gotta know what TIME it is BOYEEE. 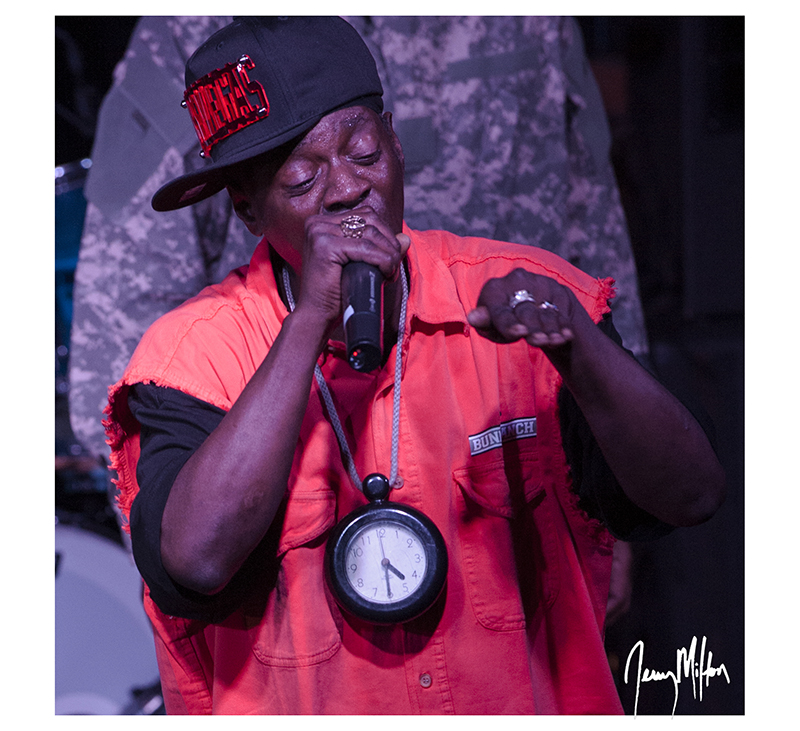 Chuck D mentioned how they had played the Back Room many moons ago and how much he liked that gig, along w/ their numerous gigs here thru the years. He also mentioned how lucky those in attendance tonight were to see PE in such a small venue.

Of course like alot of bands find themselves needing to hip the crowd to at an outside Mohawk show….there were gonna be time constraints due to the noise curfew. So PE took a break of sorts while Flavor Flav brought all the mostly white girls on stage to shake their ass. My money was on homegirl in the baseball hat. 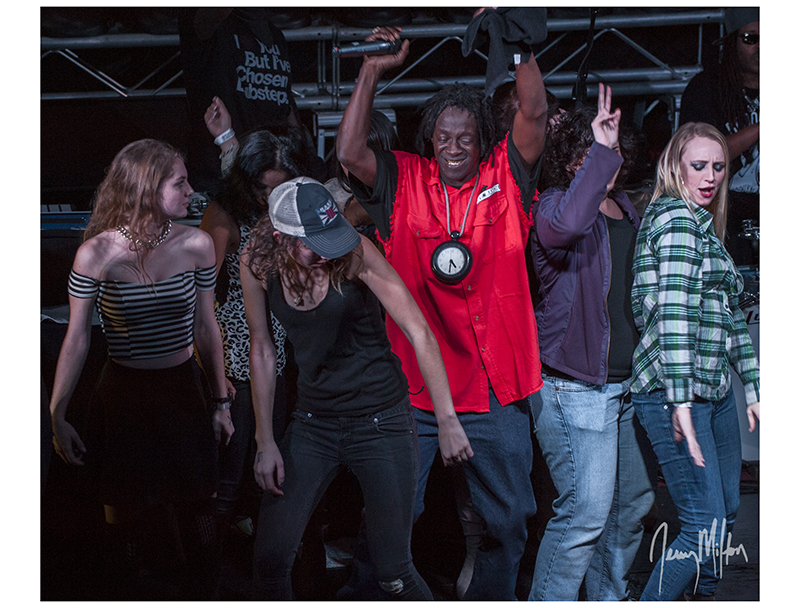 PE continued to deliver the hits throughout the night and I gotta thank them for putting me back in 1990 all over again !! Boyeee. 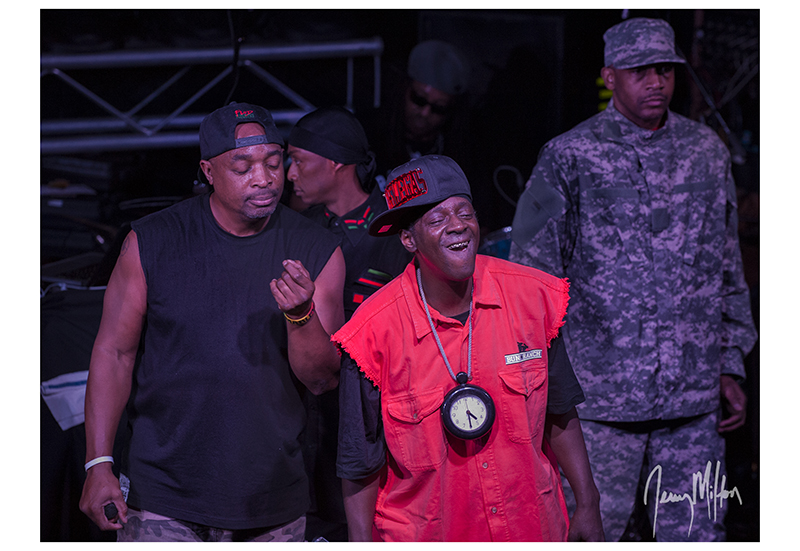