Bloody Hammers is self-described Southern Gothic Mountain Fuzz from Transylvania County (Charlotte, NC). The beautiful and bewitching Devallia shared with me the bloody love story that is key to the band’s prosperity though veiled in the macabre. 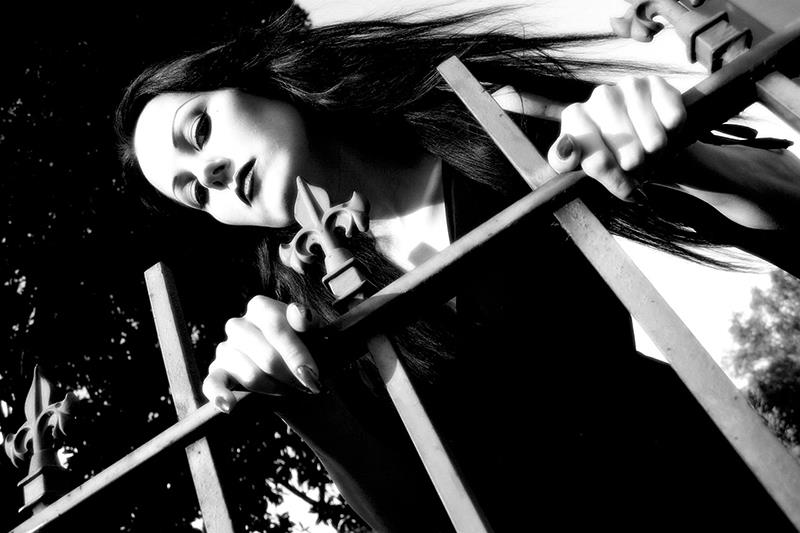 X: When you two met, was it love at first sight? How long have you been married?

Devallia: Anders and I first met in 2003. We were both dating other people at the time, and our relationship was 100% professional. Eventually my relationship ended, as did his, eight months later. He moved to a house one block away from mine in early 2005 and in late 2006 we were married.

X: With all the time you spend together in the band, how do you keep the romance alive?

Devallia: We spend pretty much all of our time doing everything together. We go out and unleash hell on the cities, and then retreat back to our house in the woods, away from it all. So far, this balance of playing shows and coming home for “our time” has worked out very well. 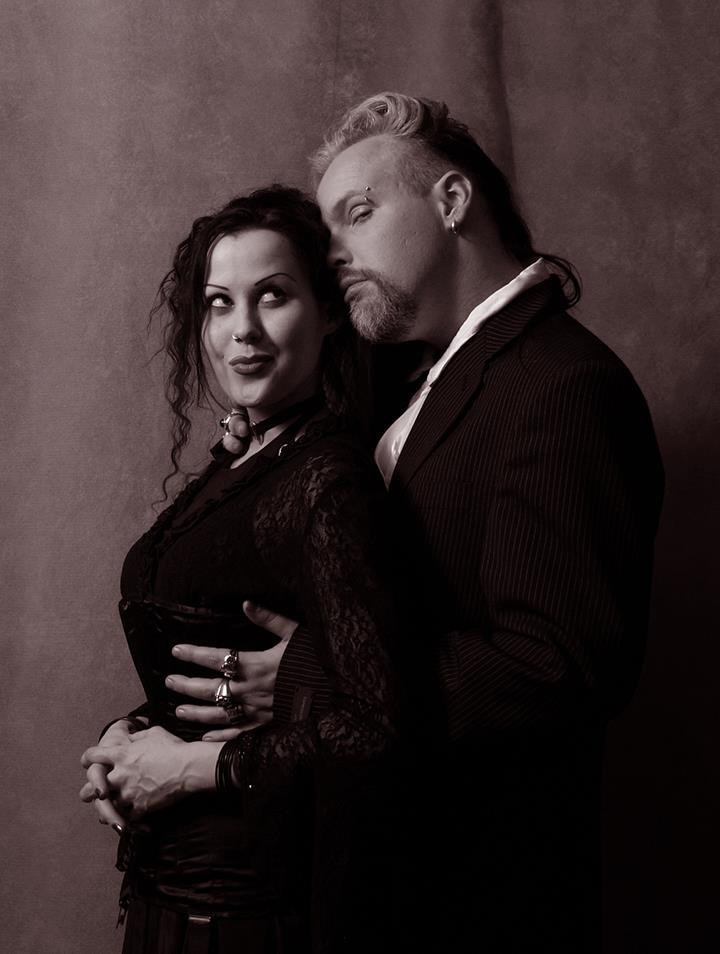 X: Which one of you wears the pants?

Devallia: If you are asking who owns the toolbox, replaces shower heads and door knobs that would be me. Seriously though, we consider ourselves to be equal. We each contribute different things to the relationship and make decisions about everything together. I would be a crazy mess without him, and without me he would never know where he left his iPod.

X: How do you deal with the groupies and fanboys?

Devallia: We’re not cool enough to have groupies and fanboys.

X: There are many of us who would beg to differ!

X: Are Zoltan and Doza like the 3rd and 4th wheel? Or do they help keep the peace?

Devallia: Zoltan is an energetic music gear fanatic, and Doza is a thrill-seeking experience junkie. We all get along very well, and for that we are thankful! 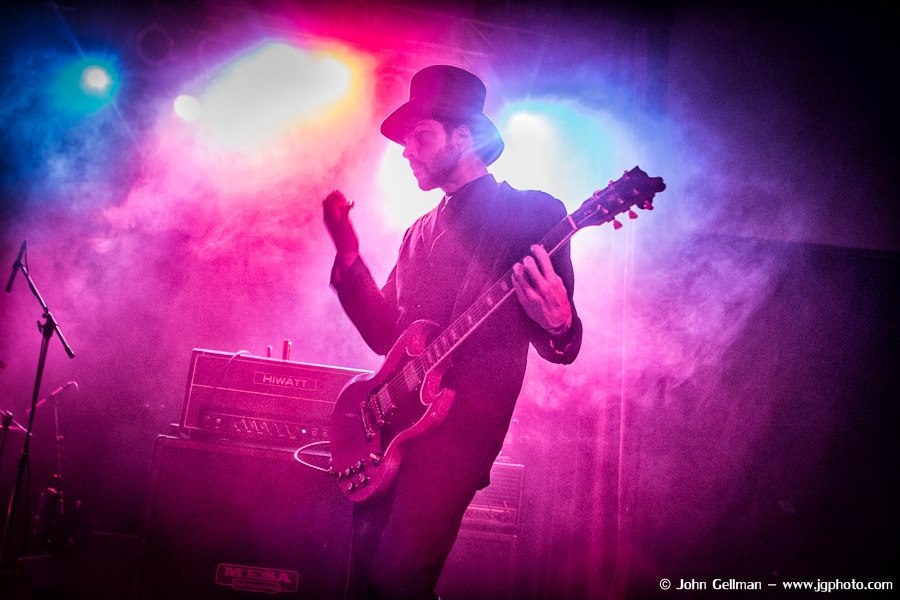 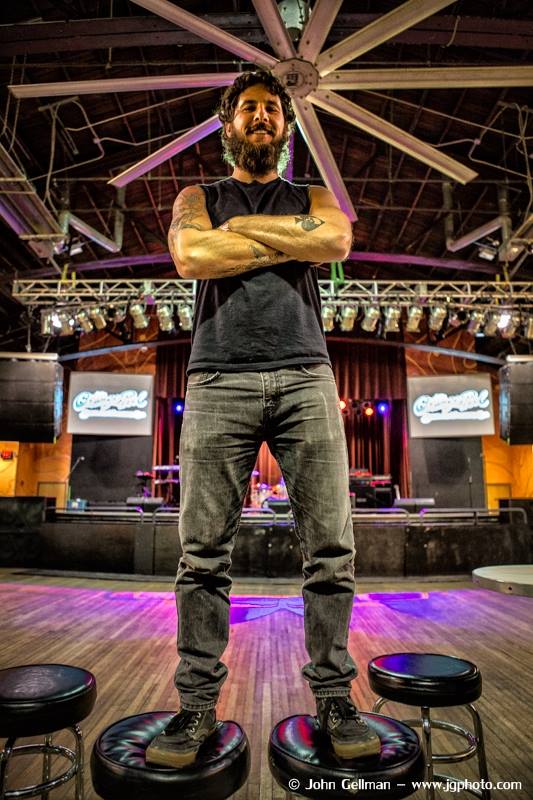 X: Two albums released in 2013 is quite an accomplishment. Do you plan to continue at this pace going forward?

Devallia: We hope to always release new music. Much of this depends on how much touring we will do, which is unknown at the moment.

X: You just signed with Napalm Records. What is the story behind this?

Devallia: We had just finished “Spiritual Relics” which consisted of older and newer songs. We received an email from Napalm, who was interested in working with us, and the timing was perfect. Just a few days prior to that, we were in a store by our house and noticed the new Huntress album displayed at the front entrance. I picked it up and noticed it was Napalm. They definitely have a strong team and we are happy to be with them. 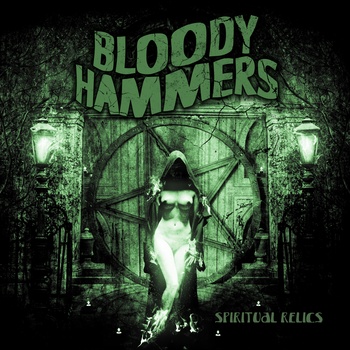 The artwork for Spiritual Relics was created by Brazilian artist Caio Caldas.

X: There is rumor of a tour of Europe this spring/summer. What do you each hope to see/experience?

Devallia: There is no tour confirmed yet, but we are confirmed for three rather large festivals 3 days in a row. The booking agents are busy trying to line more stuff up, so we’re getting excited. It’s not easy to do much sight-seeing when touring because it’s travel, play, sleep, repeat and there is not always time to check stuff out. We’ll definitely try!

X: Your music seems to be very popular in Europe, why do you think that is?

Devallia: We have received plenty of great feedback from Europe as well as the United States. Jens at Freak Valley Festival has supported Bloody Hammers from day one, so it just makes sense that is where we would play our first show ever in Europe. We are so honored to be invited to play there! 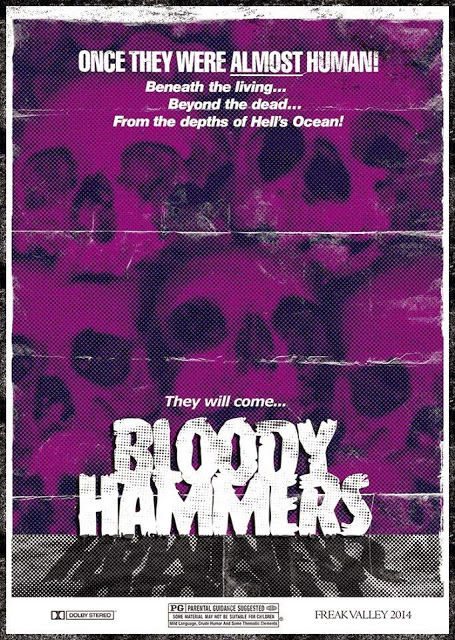 X: The last time you were in Austin, it was for the 1st annual HHFF? What was your favorite aspect of the festival?

Devallia: Our favorite aspect of the Housecore Horror Film Festival was just how much fun it was! The bands were great, and we loved the video screenings. Everyone was so welcoming and friendly! We have serious respect for the organizers who contributed so much to its success.

X: When to do you plan to return to Austin?

Devallia: We will return whenever Austin wants us to come back. We love the music scene and people there!!

X: Are any of you involved in side projects?

Devallia: We were working on Anders’ solo project Anders Manga, but that has been put on hold for now.

X: Do you practice witchcraft or black magic?

Devallia: This is an area of interest. 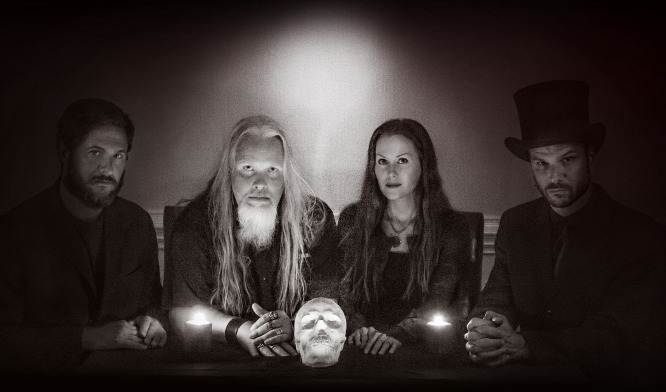 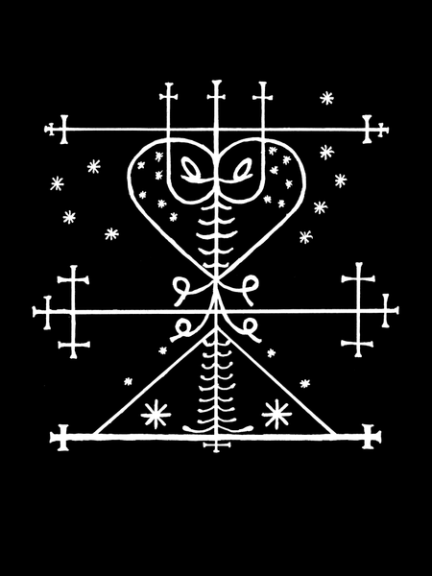