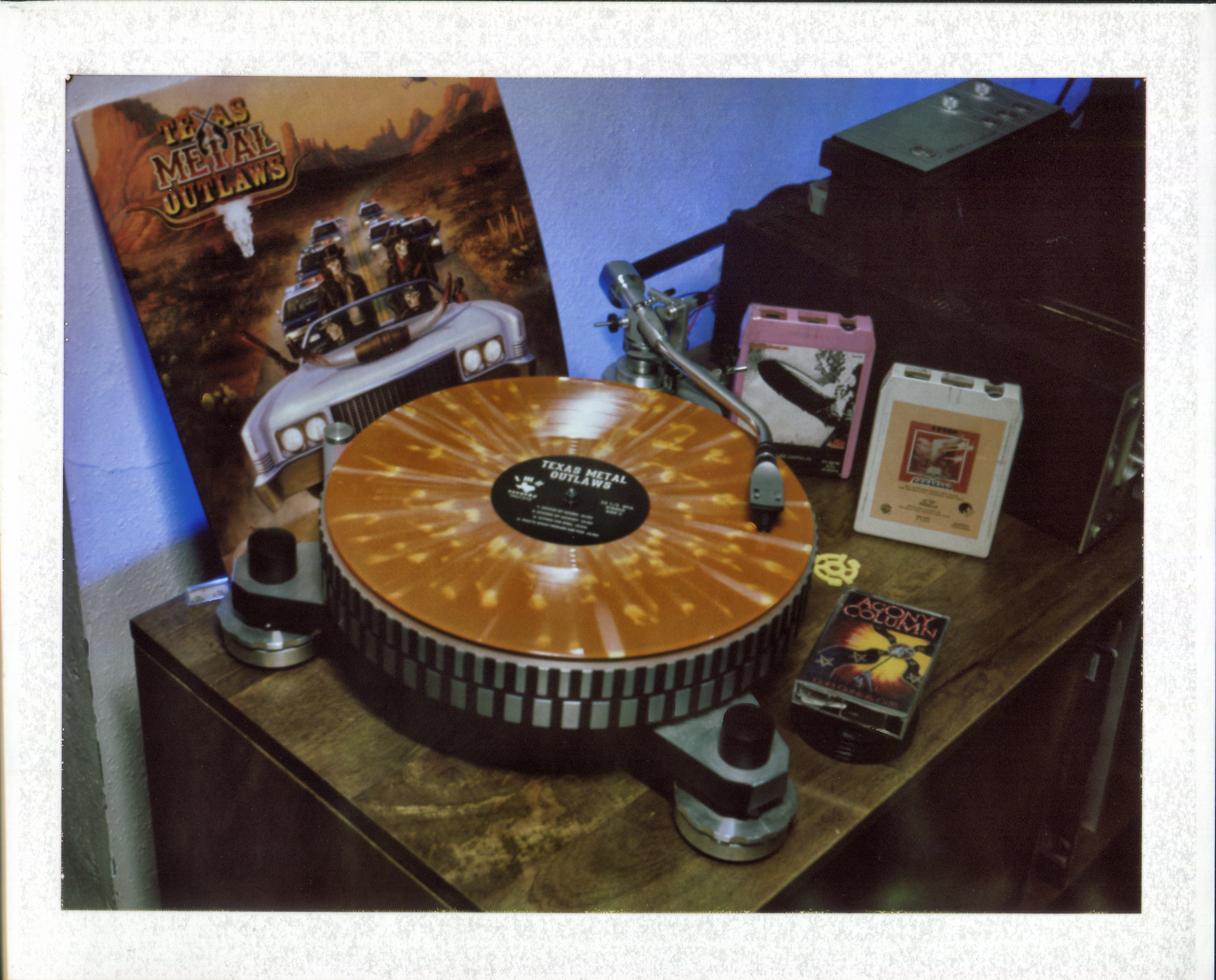 This album has been out since just before HALLOWEEN….but as usual, I’m a little slow on the draw. The “splatter” limited edition version of the vinyl ended up in my mailbox today and has been on constant FLIP for hours now. Ironically an NOS cassette of AGONY COLUMN’s classic “God, Guns, and Guts” was also waiting for me via snail mail.  I think it took me like 15 minutes to add all the rockstars tag names to this article. It’s a fuckin’ who’s who of TEXAS METAL.

I am not exaggerating in the least when I say every and I mean EVERY track on this album is the shit. Xmas hit early for me. Straight outta the gate, the title track w/ JASON MCMASTER sets the tone…and an EVIL METAL tone it is my friend. The beginning of the track sounds A LOT like a BLUNT FORCE TRAUMA song, which isn’t all that surprising w/ FELIX GRIFFIN on drums.  With McMaster rattling off the lyrics like he just did a shot of crank…it’ll get your teeth rattling whether you like it or not.  Check out the badass video if ya don’t believe me.

Next track “Malt Liquor Maniac” with ROBERT WILLIAMS on vocals. Having seen him w/ Ignitor, I had no idea he was the proficient metal singer. Who knew. DRINK !! The third track “Rebel Years” with the vibrato of CARLOS ZEMA on vocals. Iron Maiden ain’t got nothing on this lick. And then comes the twisted laugh I recognize in a heart beat on the next track. None other than RICHIE TURNER on “Black and Blue”.   The drums of CHRIS ALANIZ are relentless. The way every track on this album is different, yet ripping still has me saying DAMN. “All I see is Black and Green!” 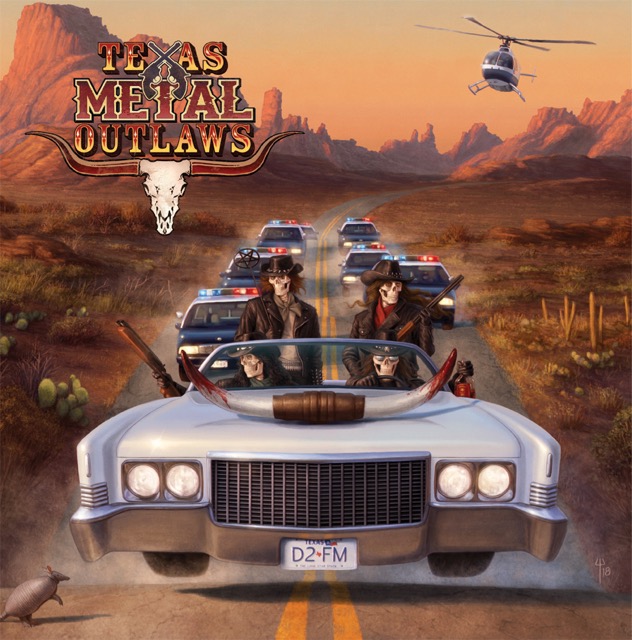 Next up, it’s something I’ve done way too many times, “Running From The Law” by RIOT. With none other than DONNIE VAN STRAVERN of Riot on bass w/ McMaster belting it out on this badass cover. Reaching for the sky indeed. NOW it is time to flip the album kiddos. Side B starting off heavy with MARK ZAMMARON front and center on vocals as the repeating guitar licks of Willams/Laurence cut like a knife on “Sound of Scorn”.  Another slow burner.  Rising up like the fog.

On the second song of side B, I thought for sure “this HAS to be FELIX” with the double kick…but of course I should have already known with every tune on this album having one badass drummer after another…in this case CODY GILLILAND…and the vocals, holy hell JAMES RIVERA is a force. Helstar anyone ? Thankfully for YOU, TMO made another video for this album.

And before you can catch your breath…the kickass nod heading beat of SCOTT PALMER’s drums sets the tone for JAMES RIVERA vibrato revisited on “Within the Spell”. Did I mention this album was THREE FUCKING YEARS in the making….thanks to aforementioned ROBERT WILLIAMS. Pat that dude on the back next time ya run into him.  The last track is a tandem intertwined epic guitar jam called “Within the Spell” with MICHAEL PAUL TOUPIN ending things on a solid note. Take a fuckin’ gander and the list of bands these dudes are in below. TEXAS METAL OUTLAWS indeed.