The Damn Times “Gotta Get There !” — by Jerry Milton 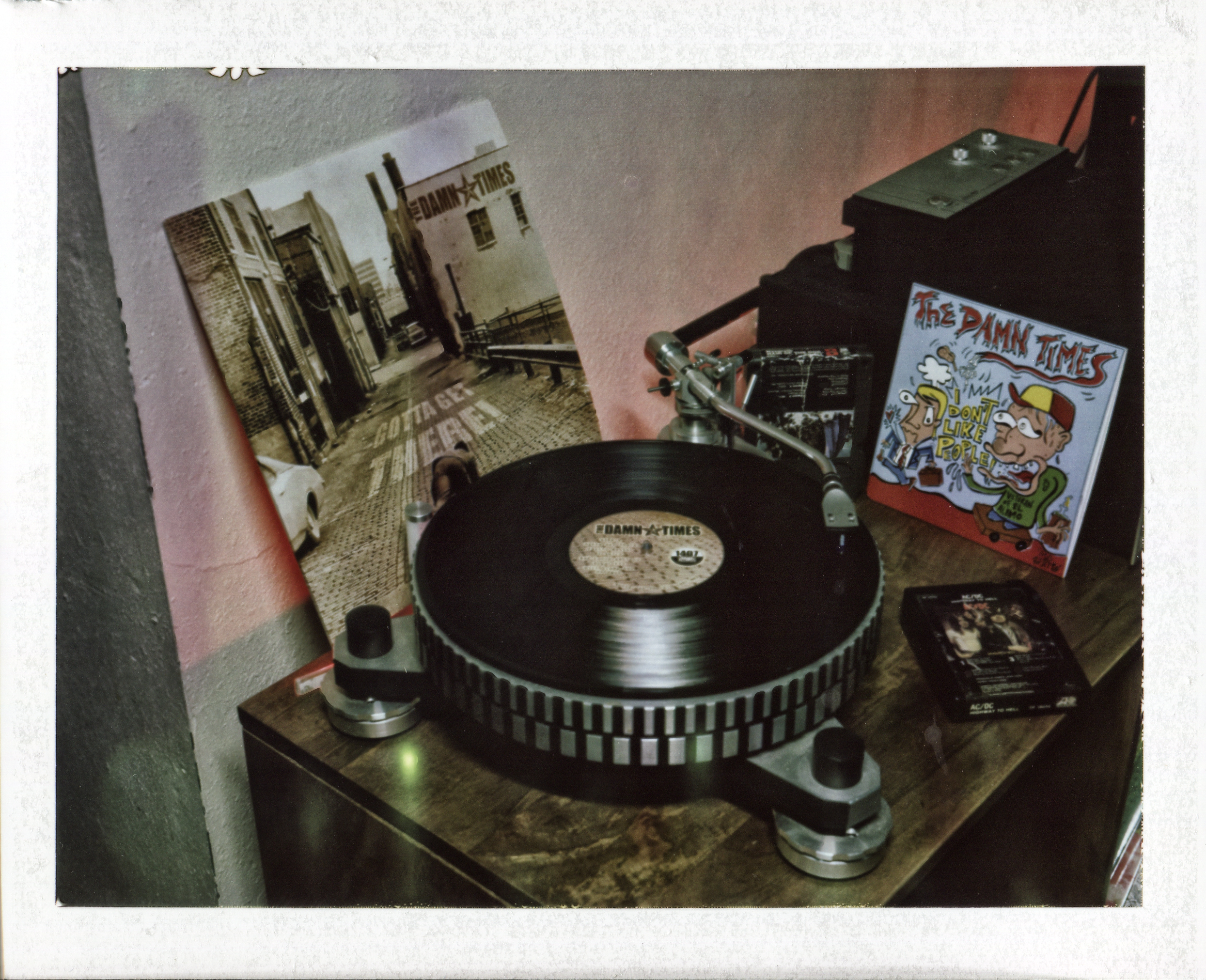 As if OFTEN the case in Austin, where every musician is in like 5 bands… it was no surprise when I asked THE DAMN TIMES “how long have ya’ll been playing?” as if they were a NEW band cuz otherwise surely I would have already seen or heard about them.  That’s the great and frustrating thing about this town and I love it. Anytime you THINK you know the music scene here and nothing gets by you…think again.

So yeah, let’s see, THE DAMN TIMES have been around since 2000, so it took me 18 years to catch on. I seem to recall at their Antone’s Records album release show them mentioning they had taken “a break” and had just recently started gigging again. By the kids and family in attendance, I get it.  Life happens and then you are able to take a breath and get back to some sidelined projects. All in the name of ROCK AND ROLL.

I don’t claim to be any kind of serious “music critic” by any long shot, but sometimes it’s one of those “a broken clock is right twice a day” situation as I was thinking listening to this album that it reminded me a lot of AC/DC but punkier ala MC5 and sure as shit their press kit mentions just that. Even better it mentions POISON 13 and SCRATCH ACID influences. As someone who played Poison 13 on heavy rotation circa 1984, I can definitely hear the twang of MIKE CARROLL on the songs.  No wonder I felt compelled to buy their album and 45 right after their set at Beerland.  It was that good. 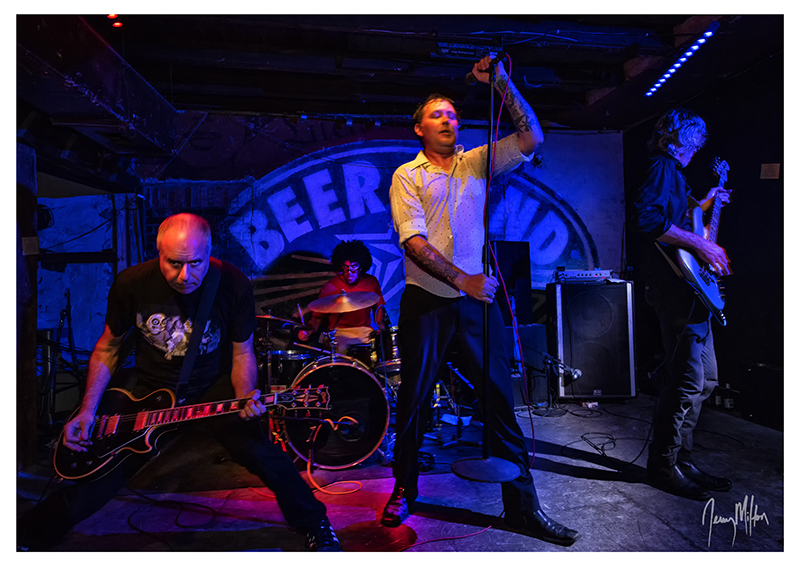 Okay, onto their LP “Gotta Get There” on 1407 Records. First off it is quality vinyl. I wager the 180 gram variety. You kids are spoiled w/ these nice heavy and FLAT records put out these days.  Speaking of HEAVY…this album hits you in the face straight out of the box with the first track “Gotta Get There”. Mike Mariconda the producer did an awesome job w/ the sound. Bon Scott would be proud of the title track. “Feelin’ Better” has Chad Nichols bass line intro leading into Chris Nichol’s snare on the 1,2,3,4 count with a back and forth guitar lead. ROCK !

“T-shirt” will ring familiar for folks with a closet full of music/band T-shirts going back 30 years….okay 40. They are at their best right before falling apart no? They stay with you way longer than your girl. Ryan Anderson can scream with the best of them. “Sugar Fix” has multiple breaks….it’s like your sugar level going up and down while eating skittles. Drums pounding non-stop regardless. 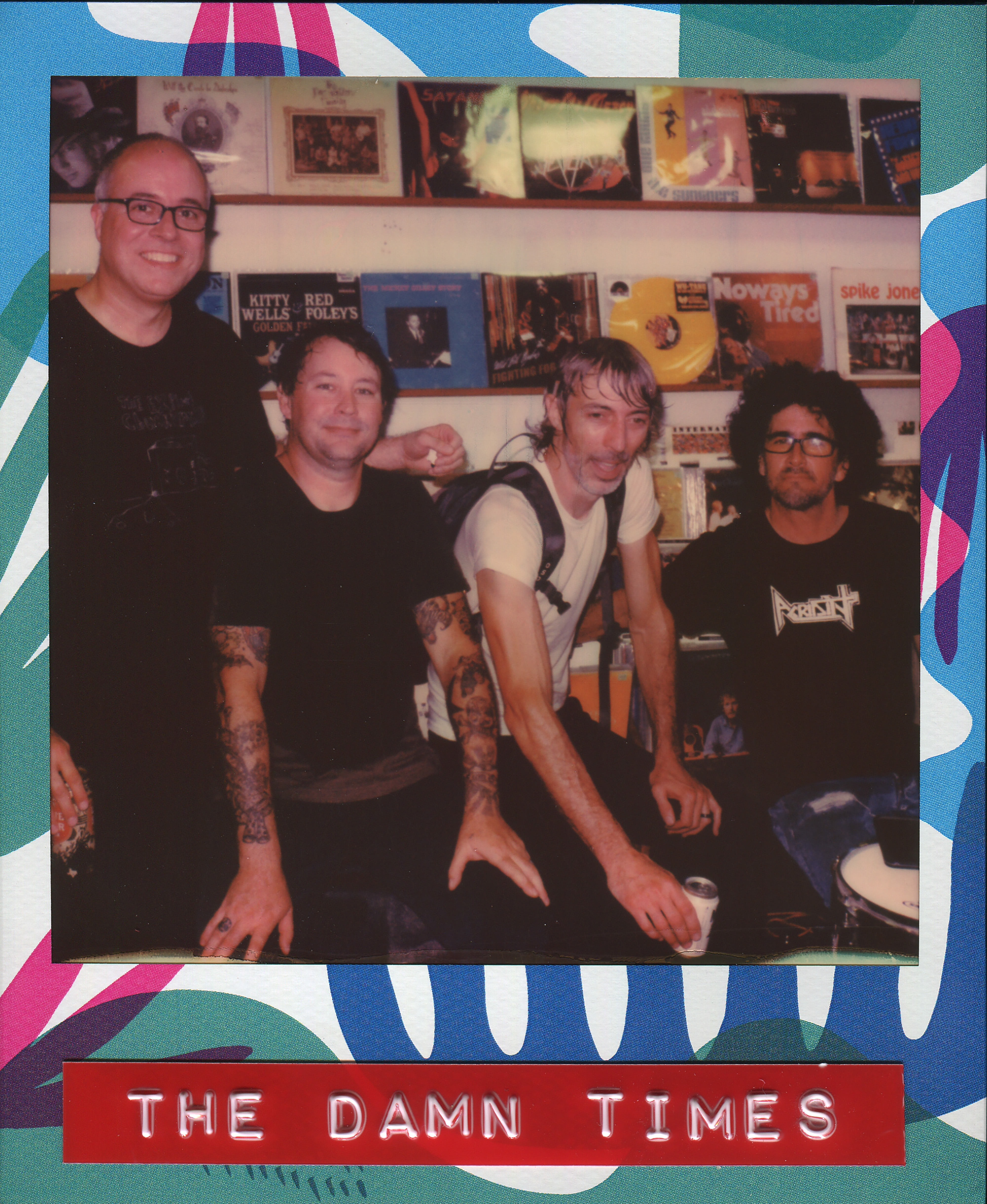 I’m trying to think of what the guitar intro on “Will Trade for Handguns” reminds me of…and all I can come up with is EL FLACO !! El Flaco and The Damn Times, now THAT would be a hell of a show. “God damn, god damn, I got a .45” . Texas indeed. The sonic sounds of MC5 ending this jam. “Got It Down” is an up and down the scales jam ala broken record pounding your brain. Which brings us to “The Shakes”, something I don’t miss in life. Then again who does, haha. Shake it off indeed. “Five Till Five”, hmmm I haven’t had a DAY JOB in a decade or more…so to quote THE DUDE, “What day of the week is it ?”, but yeah the man’s clock always crawls. Meanwhile this 2:06 jam is over and done quicker than you can say “Is it Five yet?”.

“Motogirl Saturday Night” has that ZZ Top intro feel too it.  Okay Nazareth. But soon enough it reminds me of Poison 13. Which is a good thing.  If Ryan ever got ahold of one of those 50’s harp microphone things (like The Crack Pipes) all hell would break loose. I haven’t yet mentioned Jeff Linton’s guitar work. It is a sliding, bending thing of beauty. “Out of Luck” is again a break heavy song….with aforementioned wire bending guitar leads. And fittingly the last song “Damn Thing” starts off with a drum roll. A fist pumping jam to end things on a fast, loud, and angry note. punk rawk dude.