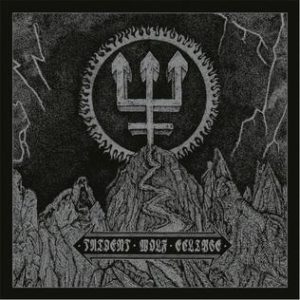 Watain has been one of the more polarizing black metal bands to come out of Sweden in recent memory. Known for their pulverizing live shows, intense song writing, and mysticism they have steadily been on an upward trajectory in the Black Metal scene. Their new album Trident Wolf Eclipse follows their most experimental album The Wild Hunt and is another milestone in one of the darkest stars of the Black Metal scene.

I really enjoyed the new Watain album. I didn’t mind them experimenting on their last album, but I look at this album as more of a return to form. It has the violent and aggressive guitar sound I enjoy in black metal albums. The production on this album is great. Erik’s vocals are some of the best in black metal and they are on full display here. They are probably one of the best metal bands I have seen live (luckily have caught them 3 times) in the last 5 years. They are very good at building walls of sound and not drowning their vocalist in it. Can’t say that about a lot of black metal bands. I enjoy their embrace of all things dark and the mysticism that surrounds this band. They are one of the better bands in their scene and this album is a good statement of what they do best which is make sinful and malicious music for us metal heads to thrash to.