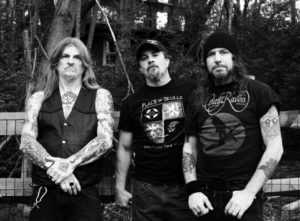 The Obsessed, Maryland’s doom-fathers (originating as Warhorse in 1976) who have long been absent, have made the most of their recent resurgence since their split in 1996. The band concluded their 2016 U.S. tour with a top billed set for day one of Maryland Doom Fest on June 24th, in Frederick, MD.  New material is scheduled for release this fall via an album through Relapse. The heaviness, groove and attitude of this band combined with lyrics about motorcycles, hookers…er…streetside queens…. and struggles with drugs & alcohol have resonated with many rockers for decades. The new songs premiered on tour follow suit from 1994’s The Church Within in grit and heaviness.

Click Here to Watch The Obsessed New Video, “Be The Night”.

The Obsessed frontman, Wino, also of The Hidden Hand, Spirit Caravan, Saint Vitus and Shrinebuilder, has undeniable rawness and talent on stage, and was described to me as “dangerous.” At select stops along the tour Jersey’s Atomic Bitchwax opened. Their more upbeat crunchy, groove fit the lineup. The Obsessed were also accompanied by Karma To Burn, a hypnotic desert rock instrumental trio from West Virginia. On June 7th at the Dirty Dog, Wino reminisced on his time spent in Austin and dedicated the entire show to the recently deceased local, Kenny Wagner. Friends of Kenny’s, or everyone present, seemed appreciative of the gesture and heartfelt sentiments.

If the return of The Obsessed were not enough, Saint Vitus announced a tour this fall with The Skull and Witch Mountain. For those of us who share an obsession with The Obsessed, we know… 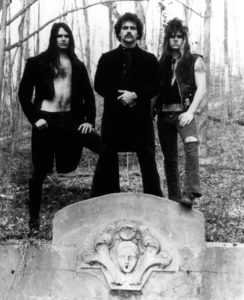