Recently ACL Live took over booking W. 6th venue The Belmont so I thought a good idea to check it out for the Supersuckers return to Austin. Last time I actually saw a show there…..hmmmm, like 2004, haha. It was upstairs as I recall.  For the unfamiliar, like myself, the shows now take place in the courtyard which fits in nicely w/ Austin’s love for all things outdoors. Makes for a cozy show that is for sure.  Luckily for me, I arranged to take in the event from the bird’s eye purch upstairs…all the better to shoot w/ my camera and avoid folks since I’m an anti-social, haha. 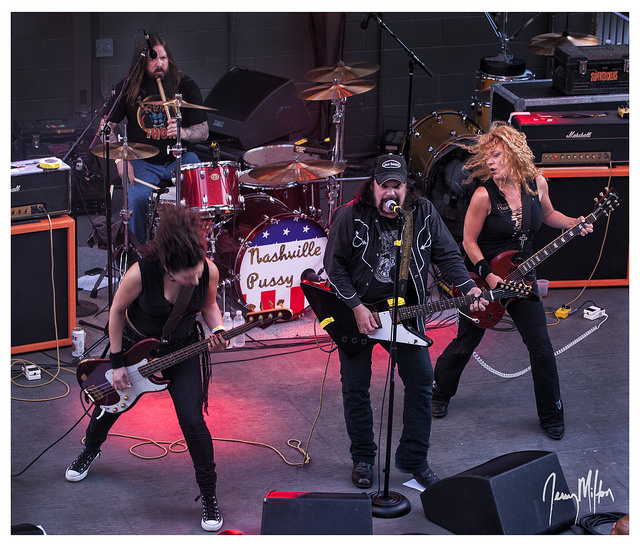 Did I mention that Nashville Pussy was the opening act? Yeppers.  So that meant folks that I actually KNEW and were my AGE showed up early to take in some Pussy as they’ve spent alot of time hanging in town during SXSW and the like. Honorary Austinites in my book (hell their 2009 LP was named “From Hell to Texas“). Hell they even kidnapped their drummer Jeremy from here many moons ago.  NP had a new bass player by the name of Bonnie Buitrago with them, well new to me, not sure when she joined the group. Too lazy to research that shit, but she’s been with them long enough to make it onto their new LP. I’ll say this…their NEW stuff sounded great….one could really tell a difference when the played the OLD stuff singing about FRIED CHICKEN AND COFFEE.  Sometimes new isn’t always a bad thing. Their new LP is called UP THE DOSAGE, so just based off what I heard at this gig, it rocks. Ruyter guitar chops in full effect! Haven gotten a chance to check out the album post gig, it confirmed my suspicions. Their best effort in recent memory.  I dig how Blaine knows what fucking time it is in Austin…and minutes after stepping off the stage has 86’d the cowboy boots and jeans for some proper cut off shorts and Converse. RAWK !! He ain’t no fool and this ain’t his first rodeo in Austin. “Up the Dosage” indeed.  Freaking Ruyter defies father time it would seem. I couldn’t help but smile the whole set.  “White and Loud” indeed. 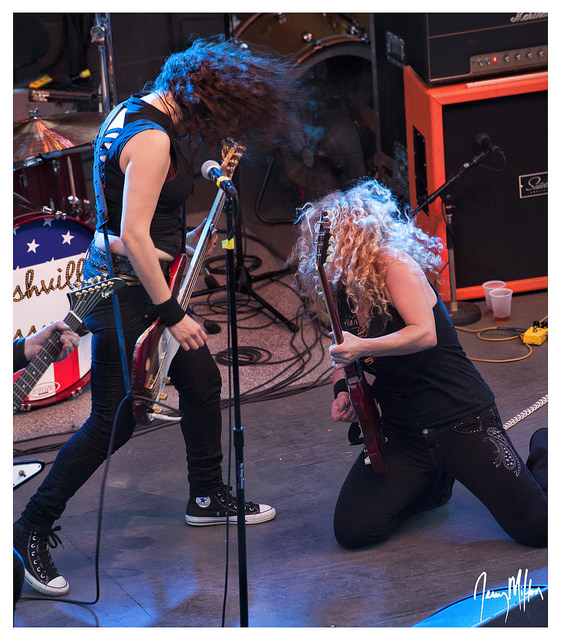 In no time flat Blaine of Nashville Pussy was in his cutoff jeans and sneakers ready to take in the Supersuckers w/ the rest of the gallery.  I’ve seen the Supersuckers long enough to remember (and have photos) of them long before they started sporting cowboy hats at their numerous Emo’s gigs. Decades later they have become the polished act w/ Eddie Spaghetti working the crowd like the seasoned rockstar that he is. 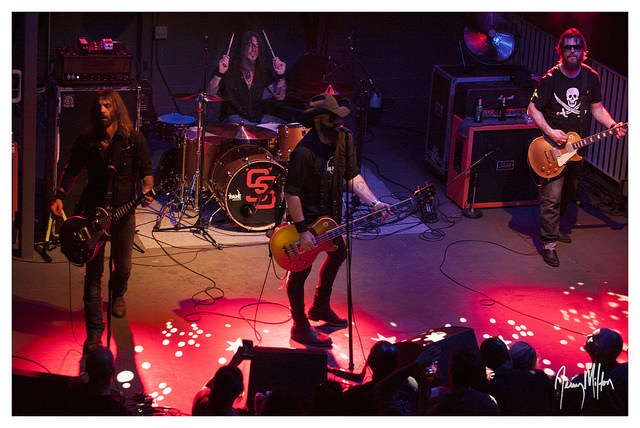 They played quite a few songs from their new album “Get the Hell” out on Acetate Records. It is their first record in almost 6 years. Eddie promised the audience their money back if they bought the album and didn’t like it, haha. The song “Fuck Up” is a rocking number w/ intertwining guitars from said album with the total LA Cowboy sound. 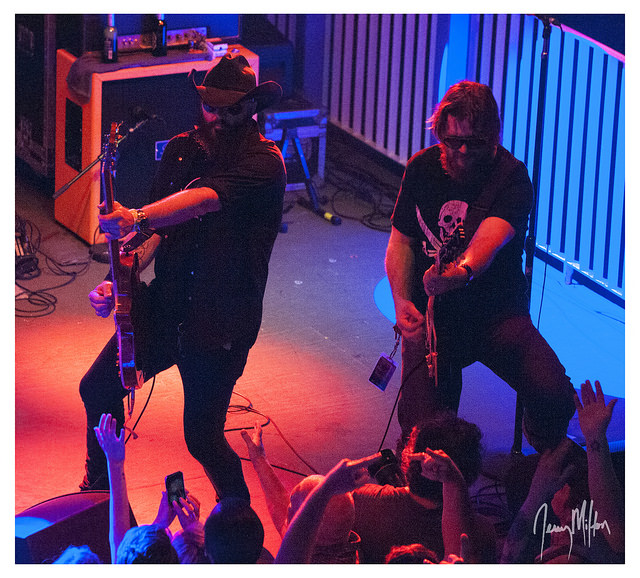 Of course the crowd was ready for the standby songs and Eddie didn’t fail to deliver, rounding out the set asking folks to show him their middle finger. If ya check out their Facebook page, you’ll notice he takes a shot from each city from his perspective of this moment. 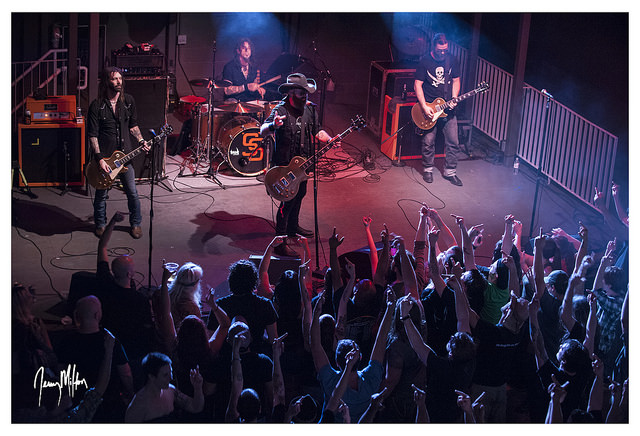 For ALL of my pix of the show featuring Nashville Pussy & the Supersuckers just click on the link yo.