Posted on September 11, 2013 by RankandRevue

Ahhh…summer.  The heat, the anarchy, the metal fests!

Twenty-thirteen marked the first year for the famed Rockstar Mayhem Festival to make a stop in ATX. On August 2nd, the 360 Amphitheater was hotter than HELL. But for this one-stop-metal-copia, I said, let it burn! 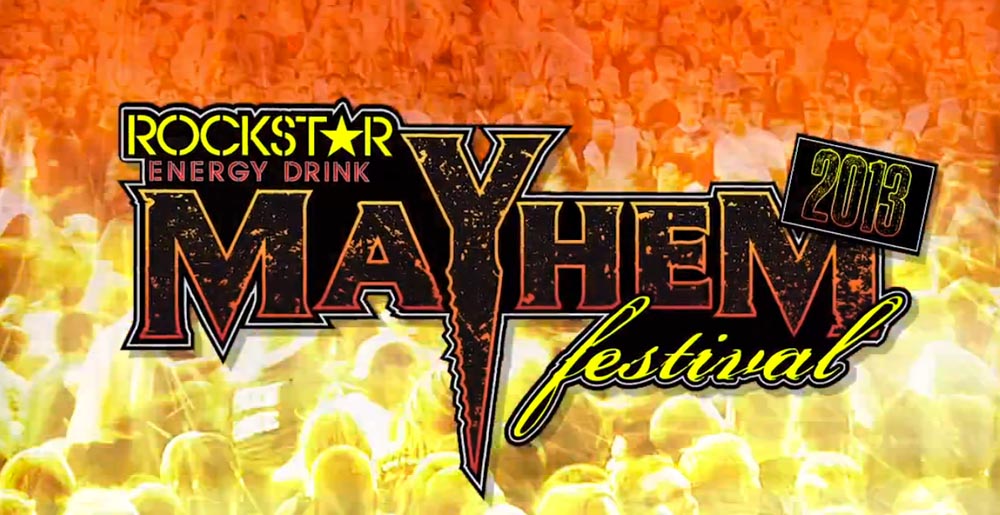 If this was not enough for you greedy bastards, Sumerian Records sponsored a stage to feature local acts. The first round Battle for Mayhem competition went down on Memorial day, at The Dirty Dog Bar on 6th, followed by round two, on June 11th.

Between battles I and II, metalheads witnessed choreographed jump kicks, guitar slinging, drum stick twirling, fan blasted hair, and table surfing. The talent was impressive and the competition intense. Of special note was the guitarist-slash-keyboardist for Immortal Guardian, Gabriel Guardian, who mastered the two instruments at once. 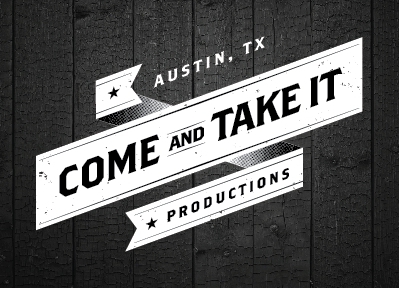 Come and Take It Productions and Headbang for the Highway presented The Battle for Mayhem Rounds I & II. Anthony Stevenson, Owner/Founder of Come and Take It, shed some light on the business side of the event.

X: How did Come and Take It get involved in Mayhem Fest?

Anthony: We work closely with the Pantheon Agency and Sumerian Records, both of which are involved with the Mayhem Fest. Sumerian has a side stage at the fest that they book regional artists to play, and they provide a touring battle of the bands to determine which bands get to open up (ie, The Battle for Mayhem Fest).

X: How were participants chosen?

Anthony: This was a very difficult process.  There are way too many amazing artists throughout the Austin, TX area, so it took awhile to determine who would be able to play.  We looked for the most heavy hitting, professional and solid artists around and we STILL didn’t have enough slots for the abundance of killer talent.

X: What was the criteria used by the scouts to select the winner(s)?

Anthony: The scouts judged based off of professionalism, creativity, musicianship, stage presence and originality.

As a by-product of battles I & II, two bands were bestowed the gift of Mayhem, Shattered Sun and Texas (the band). 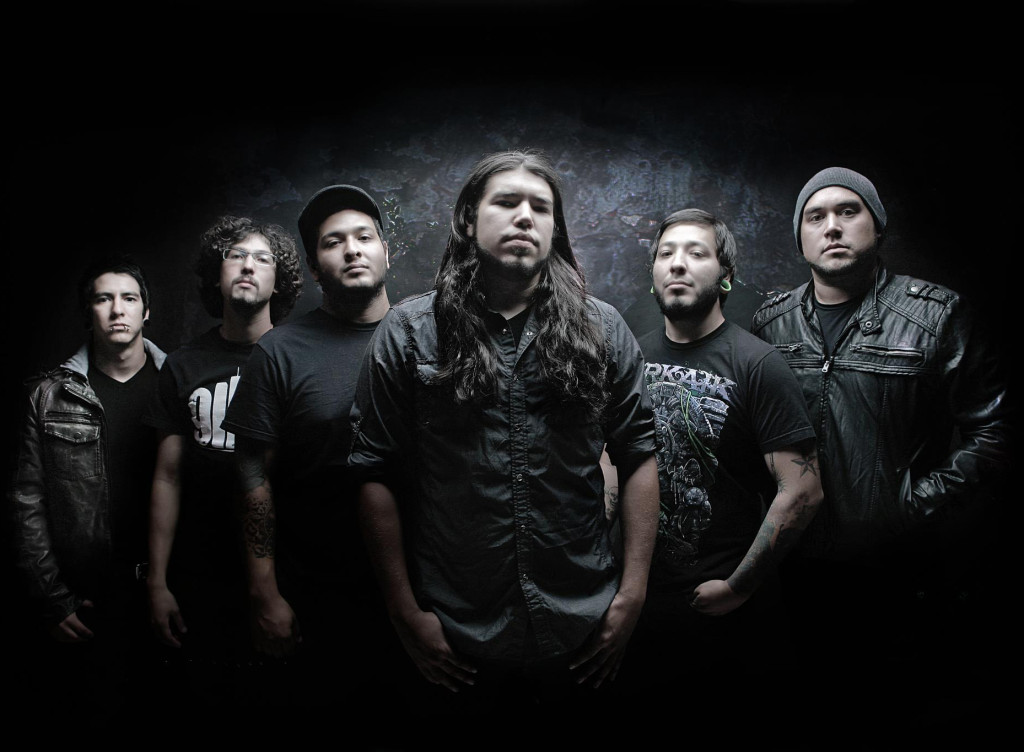 X: Can you describe the experience of competing against several of Austin’s best metal bands at the Battle for Mayhem?

Marcos: Most of the bands there in Austin are good friends of ours, especially Outlaws to Kings.  Even though it was a battle, it was a fun night being around all our friends. It was amazing to be part of such a line up with some of the best bands in Texas.

X: How do you envision life after Mayhem Fest?

Marcos: Hopefully more opportunities will arise from this great exposure, the full focus after Mayhem will be on the release of our new album and touring.

X: Which of the Mayhem acts are you most anxious to see perform?

Marcos: Machine Head is my personal favorite. I grew up on his (Rob Flynn’s) music and I’m a die hard machine head. Rob Flynn is the reason I became a musician.  Also, Children of Bodom, Emmure, Mastodon, BOO, Rob Zombie, are all influences on our music.

X: Tell us about the new album you are working on and the expected release date:

Marcos: Our new album is expected to be released in August of this year.  We have put a lot of time and effort into it, and are recording at Precision Studio in Corpus Christi, with Robert Beltran producing and engineering. He’s a great influence on our band, and was a big part of molding us into the band we are today. The album does not have a name yet, but it will be about not losing hope in humanity.  With all the craziness and lies, and everything being spread through this world, it’s easy to forget there’s still good and good people in it. It’s all about turning it around.

Texas (the band) epitomizes everything badass about our state. Guitarist Jes De Hoyos gives us Mayhem from his perspective. 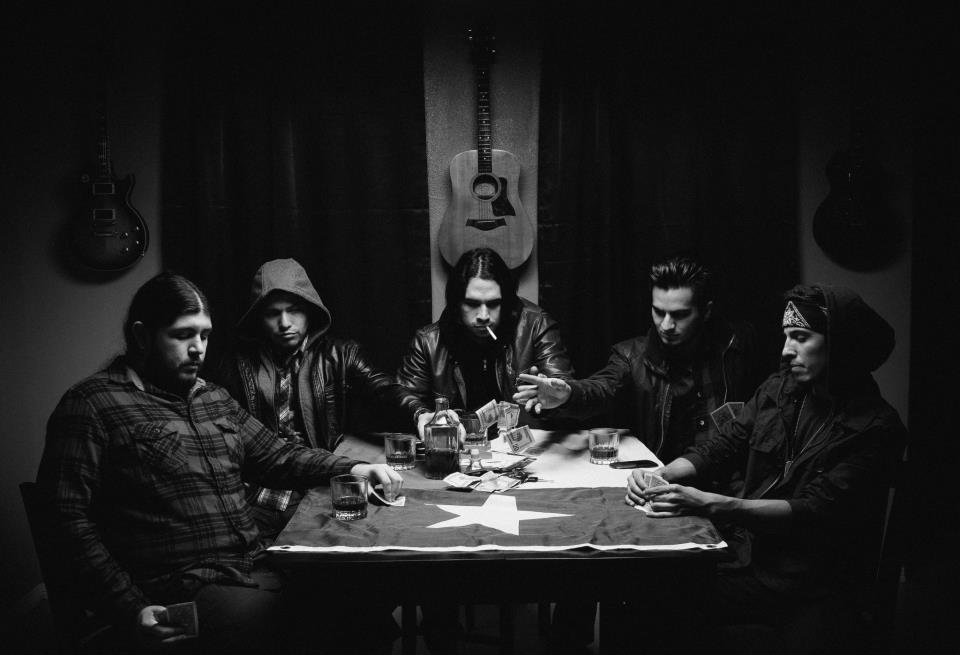 X: Which of the Mayhem Fest bands have been a major influence on you?

Jes: Most of the bands on this year’s Mayhem Festival have influenced at least one member if not all collectively, but Rob Zombie, Job for a Cowboy, Children of Bodom, and Born of Osiris have really helped shape the band we are today.

X: What will Texas (the band) bring to Mayhem?

Jes: When Texas hits the stage at this year’s Mayhem Fest, we will bring a rare blend of power blues, southern hard rock and metal that is definitely indigenous to the great state we’re named after. Not to mention a high octane, kick ass live show!!

X: What do you see on the horizon for the band?

Jes: With the recent victories in the battles for Mayhem and River City Rockfest, our eyes have been exposed to the potential that we have to take on bigger and better opportunities to showcase our music to the world. Our mindset has certainly shifted into overdrive so be on the lookout!!

Back to September 2013 Main Menu