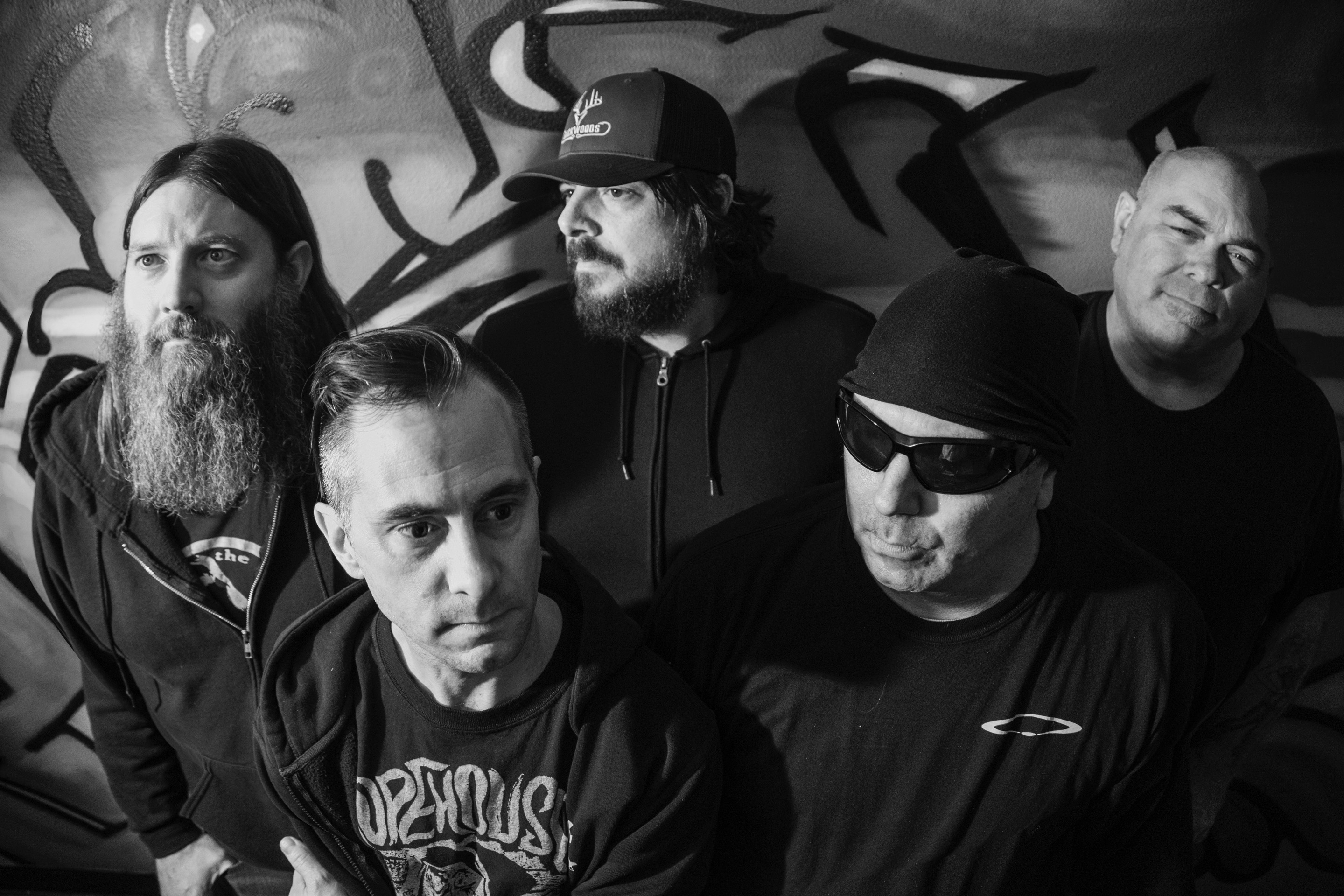 WW: Considering I’m a former member of the Skatenigs, I guess I need to start off by asking why I wasn’t included in the 30 year reunion shows? Haha

Phildo: Well it was certainly not a personal decision but one of practicality. Technology has made it possible for the drummer and I to be able to perform all keyboard duties thus reducing the line up to 5 people. Traveling as five simply makes it more economical to play more shows and make any “fly to” gigs more doable. We will always love our Wendy WWAD with much respect and adoration.

WW: Who ARE the Skatenigs playing the 30 year reunion shows? Any original or former band members?

WW: What made you decide to reunite?

Phildo: Too many regrets of not doing anything but surfing the drain for too many years left me hollow inside. The need for a creative outlet, the demand expressed by fans and friends, the fact that my peers have enough money to pay cover now and “fuck it, why not?” led me to this decision. 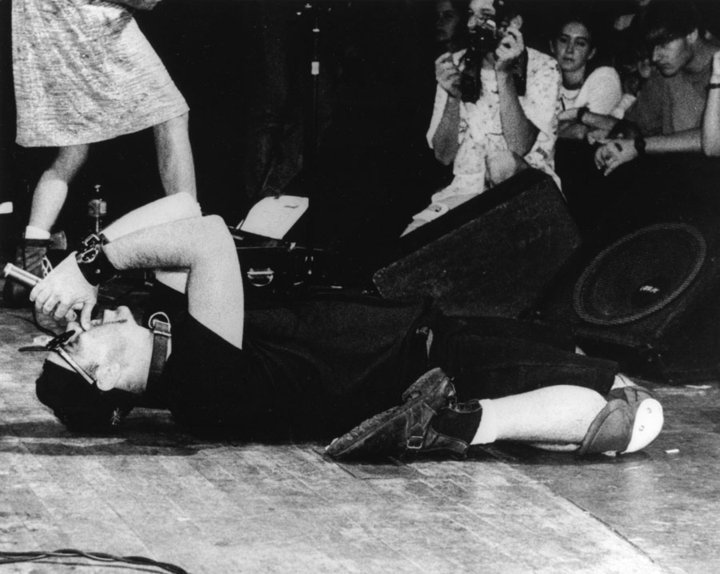 WW: Are you working on / recording new material? Or will the set mainly consist of the hits / old favorites?

Phildo: The set list at this point is 17 songs with selections from all three albums as well as a Choreboy selection and an obvious Revolting Cocks track as well.

WW: Are you working on a new album? Have you signed to a record label yet?

Phildo: No record label as one would have to “sell” me on what they can do better than us for distribution and mostly accountability. If record label reps read this the correct answer is spend lots of money on promotion.

WW: I know you guys are having a big show at the Bonham Exchange in San Antonio. Do you have any tour plans in the works?

Phildo: Not any lengthy tours at this time but we will be playing dates all over the US and possibly in Australia throughout the rest of 2018 into 2019.

WW: Since the beginning, people have always been curious about the origin of the name. Can you explain it to the uninitiated? Also, giving the changing climate of the times, why did you stick with it? Or, have people been “upset” about it because everyone is so PC nowadays?

Phildo: The translation is simply Skateboard Nigger…a moniker that was thrown at us meant to have negative impact or to make fun of our lifestyle at a time before there was a band but were simply a group of skaters living in San Marcos, Texas. We are in the business of making lemonade and I find discomfort often times to be an opportunity for growth so we applied the name to the band. As far as nowadays, I would just say it has naturally become more effective. 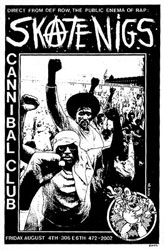 WW: How has your sobriety affected you as a musician? Obviously for the better? What obstacles have you encountered? Has sobriety enhanced your creativity?

Phildo: It has enhanced everything! And I mean everything…if I eat a bunch of celery I can shampoo a buffalo.

WW: In looking back at your career, are there things you would change / do differently?

Phildo: I would journal everything.

WW: How have you managed to cope with the deaths of both your mom and your son since you became sober?

Phildo: I have always found that the good stuff in life has happened in front of me and not behind me. Life is not fair, love everyone and everything while you have it. You are not cheated. You create the victim.

WW: Who is doing your videos now and how did you hook up with them? I dig how you are sticking to the roots as far as drug use is rife in the videos but, does it make you feel guilty at all? Like you are, in a way, condoning it?

Phildo: Kelly Hurd. He works for A&E and reached out to me while he was on vacation and bored. He turned out “At War With Myself” at the end of the week. We are currently working on two new videos to be released by summer.

WW: What do you do for a living? The other members of the band?

Phildo: I work with people trying to recover from drug addiction. Soon to be working in peer services with musicians as well.

WW: So I know that you guys will be headlining Heart of Texas Rockfest during SXSW? Do you have any other shows lined up that week? How has SXSW changed (seeing as you have been here since the beginning)? Pro’s? Con’s?

Phildo: No more Austin shows until Fall however, a live rehearsal in San Marcos at the Buzz Mill on March 15. We have played many times and never received any respect or promises being fulfilled by SUCK X SUCK WHAT so RockFest became a mission of mine to show SXSW a real Texas lineup of underdog superstars as a reminder of what their purpose used to be.

WW: What do you miss about the Austin music scene? Have you seen any improvement? Do you still believe that self-appointed phrase, Live Music Capitol of the World?

Phildo: Never been glued to the Austin scene though I will always love Austin, no matter how hard it gets.

WW: What are you listening to these days?

Phildo: Cops, kids and forward thinking ideas that may have a positive impact on this world.

WW: Who were your influences when forming the band?  Obviously it’s a mix of styles…

WW: I know you sang with the Revolting Cocks when they played at Elysium. Any chance / thoughts about working with Al Jourgensen  in the future?

Phildo: That’s up to him. I would love to.

WW: Do you believe that industrial music is making a comeback?

Phildo: Seems like it is but I don’t think about it too much as that is mostly irrelevant to me. I love the sound of industrial music but like most genres most bands/songs suck. My mind always tells me ”punk rock doesn’t die, be punk rock.”

WW: If the Skatenigs had a mission statement, what would it be?

Phildo: Turn the suck knob down and turn the rock knob all the way up!

WW: Why do you think the Skatenigs have had such staying power…after all of these years?

Phildo: We are cockroaches on every level.

WW: What do you hope for regarding the future of the Skatenigs? And can I be your merch girl since we got robbed out of that European tour with Tool back in 199???

WW: Parting words of wisdom to fans and/ or aspiring musicians?

Phildo: Fuck the small stuff! How bad do you want to rock? Get over the ego and get along if you have something to offer don’t throw it away! 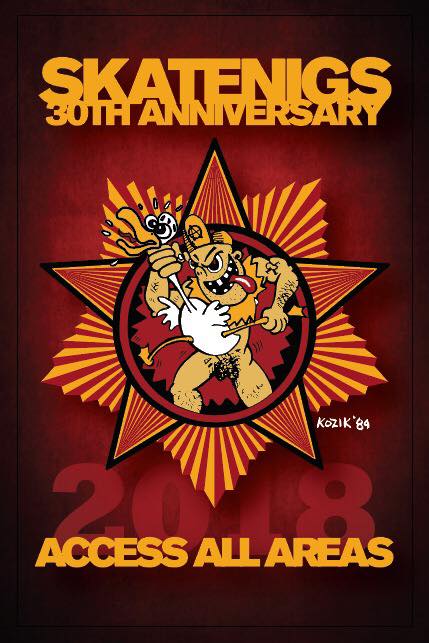