Review of Of The Sun – Before A Human Path

Review of OF THE SUN – Before A Human Path 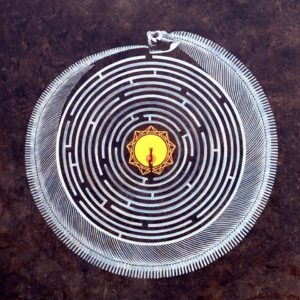 OF THE SUN are one of the better bands I have discovered in the Austin metal scene with a sound that is uniquely theirs. Formed in Surfside Beach, SC, Of The Sun relocated to Austin and became part of the Texas Metal Collective as well as being a regular band at venues such as The Dirty Dog, Headhunters, Red 7, Come and Take It Live, and many others around 2010. Of The Sun originally consisted of Patrick Duvall, David Duvall, and Joe Duvall before Patrick and David set out on their own with rotating drummers. They have opened for Devin Townsend, Intronaut, and Gorguts to name a few of the greats they have shared a stage with. Their lead singer/guitarist Patrick Duvall coined the term southern progressive metal when asked about the groups sound. Living in the south 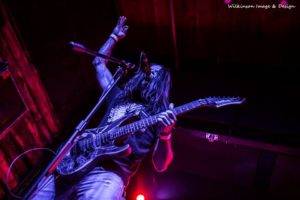 almost all of their lives and being avid fans of the rawer side of 90’s rock and all things heavy metal has distilled a unique vigor in their sound I have not heard from any other band. Their songs bring together crushing grooves and multi-layered song writing that can taper off into even more chaotic and technical directions the longer the song carries on. They convey an incredible amount of soundscapes on this short record. They are also a 3 piece that sounds heavier live than a lot of bands with more members I have seen, which in itself is impressive. This is a band that is meant to be seen live. They released their newest EP last year (the one I am reviewing) and plan to release another EP of new music sometime in 2018. The EP I am reviewing and their new EP are both recorded at a little gem of a studio in south Austin called White Room Studios with Sebastian Cure tracking and mixing the album. If you are looking to record music in Austin anytime soon drop White Room Studios a line. The studio is top notch and that can really be heard on this album.

1. The Tightrope Mile – The album’s opener sets the tone and pace for the album. The guitars immediately start off galloping with pounding drums and back and forth vocal performances by Patrick and David. About a minute into the song the guitars slow a bit to give a groovier feel splashed with aggressive vocals. David’s bass work on this track and the album are phenomenal. Within another 30 seconds the guitars calm down a bit more as we get some killer vocal harmonizing from Patrick. This singer isn’t a one trick pony he

can sing and scream his ass off. In the middle of the song we get a really dirty and heavy break down as screams flesh out the chaos of the music around them. This is again followed by another harmonizing part that sounds like a psychedelic flash back from the 90’s. Just as you get used to the calm and chant like sounds the song again goes back to frenetic guitar work and dual screaming pummeling you into submission for the rest of the song. 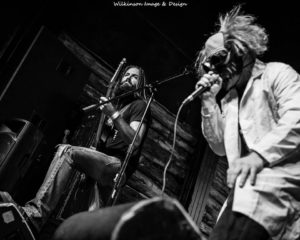 An OF THE SUN and Sausage Fingers Collab

2. Nebulamorphous– This is the shortest song on the album, but also one of my favorites. The song starts out a little slower than the first. It opens with a sludgy sounding guitar solo and some cool guitar work before going into some harder vocals. Again the main riffs used for the beginning of this song are very groovy. I really like the main riff they use in this song. The song keeps up with the aggressive vocals and adds some off time guitar work in the back ground to keep the buildup going. After 2 minutes into the song it feels like a flood gate has been breached as the guitars spill over with a faster pace only to hit a wall of a break down just as you think you know what is coming. The song continues giving you the groove with some sweet bass work by David before the song lurches forward into witches brew of aggressive back and forth vocals and dirty crushing guitars. The song plays with the listener towards the end with a down tuned back and forth guitar part before morphing into the whole band spazzing out on their instruments at the same time all the way until the last note.

3. Cantos – Cantos is probably one of the most unique songs I have heard from these guys. After hearing the last two songs it is pretty refreshing seeing these guys completely switch gears and still write a bad ass tune. This song really lets Patrick flex his clean vocals and show the range he has. The album has this sinister and mysterious riff that repeats like a chant and slithers its way through the rest of the instrumentation like a snake. The song is a slow burn with layered sounds and atmosphere. The guitar work is solid throughout the song as the riff repeats in sync with a steady vocal build up that peaks towards the end of the song. The extra sounds and instruments added to this song really add to the atmospheric sound.

4. A Soliloquy – Four songs into the album we get a song that goes back and forth between brutal drum beats and guitar work to more dream like parts with clean vocals. It is a fun song because it keeps you on edge with the direction it will take next. The song itself starts with a very melodic opening before divulging into grimy off beat guitars with abrasive vocals. It goes back and forth like that with a cool break down and vocals going towards the middle of the song followed by a lot of off time guitar work mixed with death metal style vocals. The song keeps going in the more aggressive direction before again smashing 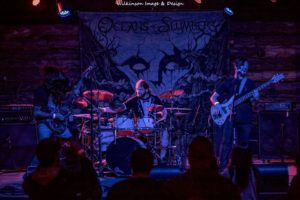 OF THE SUN in their natural habitat. All 3 brothers included

into a calm with clean vocals. Like most calms this one is short lived as Patrick’s vocals cut back through the track like a knife to flesh as the song keeps up the murderous pace with some more cool guitar work that spirals all over the place. The song finally breaks down to some off killer guitar work that leads back into a space of calm guitars and soothing vocals that ride the song out into the sunset.

5. The Limbless God – They close out their EP with a pretty straight forward, but badass song. The song has another catchy riff that weaves its way through the vocals riding on top of the smashing guitars. The vocals go back and forth between harsher and softer towards the beginning of the song which adds a cool aspect. Once we get to the middle of the song the band goes into pulverization mode as vocals, guitars, and drums swirl all over the place. Growls and metallic riffs get thrown 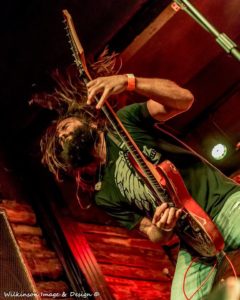 in every direction with off time guitars and thunderous drums making their way into the song here and there. Towards the end of the song they pick up the same catchy riff they started the song with. Patrick’s screams and the riff walk out the song as they go out with a similar groove the album started with.

I really enjoyed their new EP. All the songs have their own identity and sound yet it is a sound that is distinctive of this band and album. The melodies and harmonies on this album mixed with the punishing guitar work really set it apart from a lot of the metal I have heard recently. I dig bands that have multilayered songs with drastically different parts. These guys pull that off gracefully. Their style 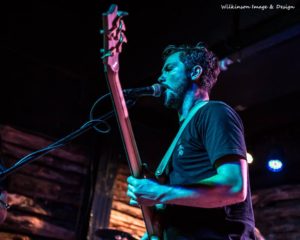 David adding his vocal prowess to the song

is a hybrid style that incorporates a lot of my favorite sounds of the metal genre. I would recommend giving this album a spin if you like a varied assortment of sounds along with your heavy as fuck helping of Southern Hate. If would give it a 5/5 or two horns up \m/ \m/