It had been a minute since I last saw an L7 show…since 1991/2 in Houston. Was it at the Vatican? Hell I can’t remember. They will be using 3 of my pics from that gig in the upcoming “L7: Pretend We Are Dead” documentary.  It should be out SOON as I received an email from the film folks recently. 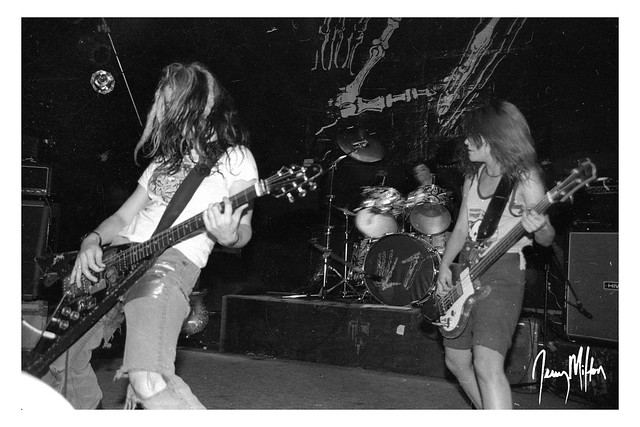 I do remember some friend of theirs dancing around the stage, and that lucite bass rig. 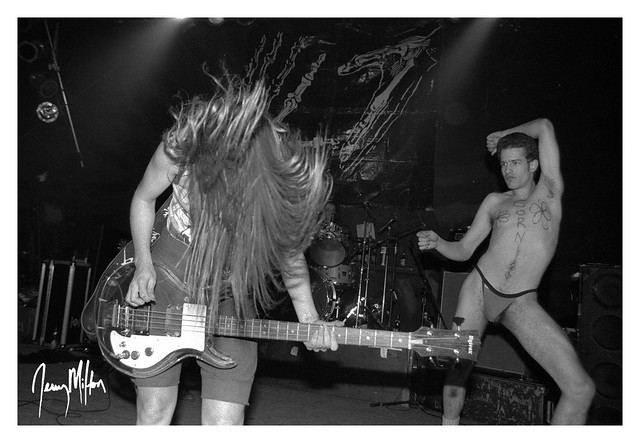 And at some point Donita’s pants hitting the ground… 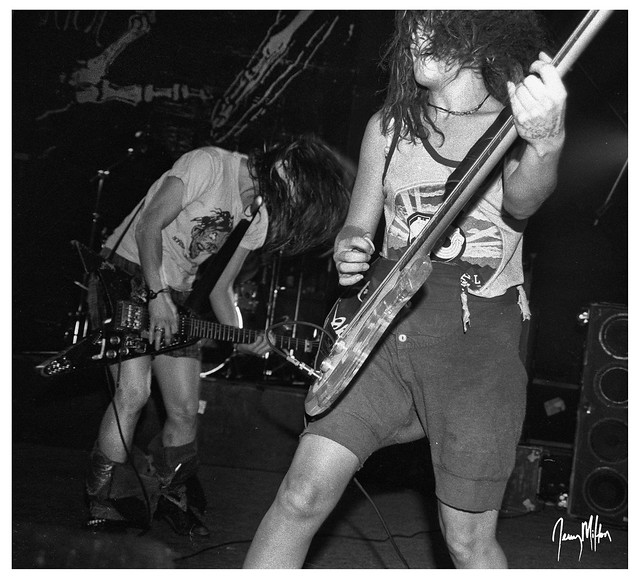 I’m pretty sure I saw them at Lollapalooza too, but had my kiddos w/ me so I was a mile from the stage. So flash forward a couple of decades and it was time for the L7 – Mess With Texas tour.

Unlike their previous night at the dreaded “House of Blues” in Houston, their gig in Austin would take place under the bright stars and full moon at outdoor Mohawk venue. No L7  logo backdrop, just the band in all their splendor. To my surprise there was quite a presence of younger folks in the crowd, and of no surprise what looked to be a lot of cute lesbians, haha. 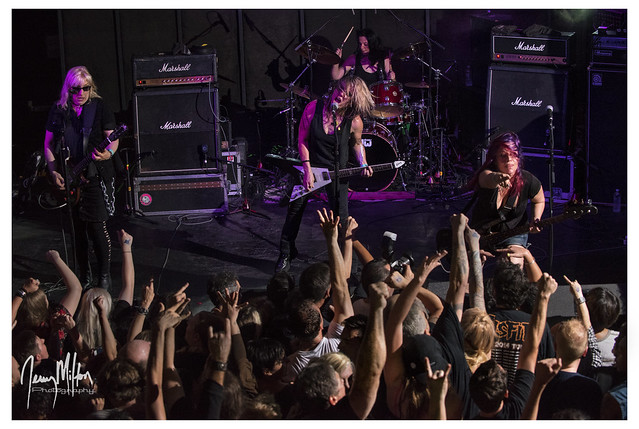 Set wise you can look at the list below.  Opening up w/ Deathwish.  Suzi Gardner was ripping it up on lead guitar. Bass Player Jennifer Finch interacting w/ the crowd big time, and the Finch/Sparks duel in full effect.

“One More Thing” was music to my ears. By this time the crowd of youngsters was in full rotation. 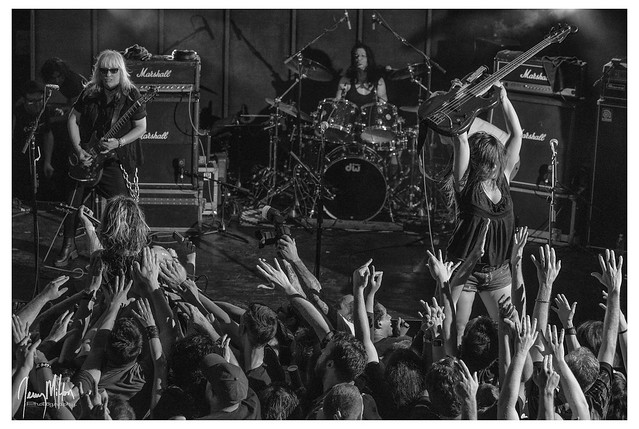 Near the end of the set, the played the song I had been waiting for….SHITLIST. And after an encore, off they road into the sunset.  Always welcomed back to Austin anytime. 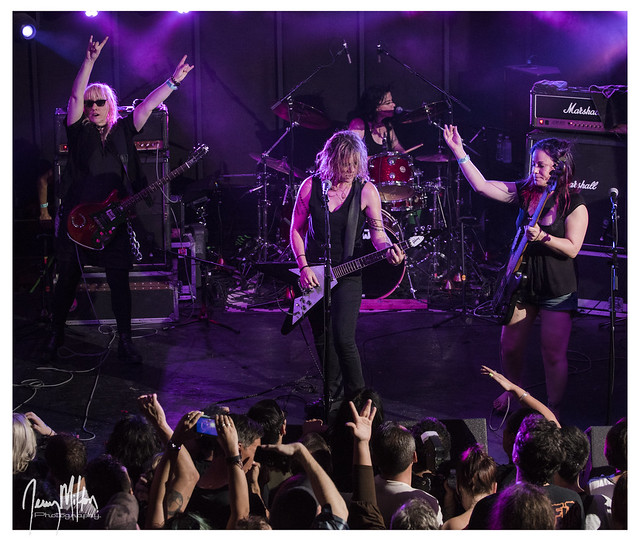 You can see the rest of my L7 photos on Flickr album HERE.