Head Crusher – Metal from the Mountains of Columbia by Madame X 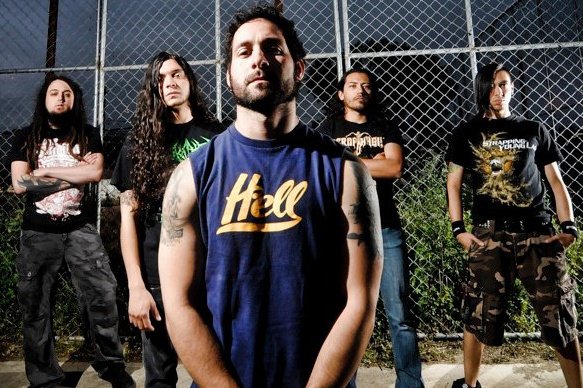 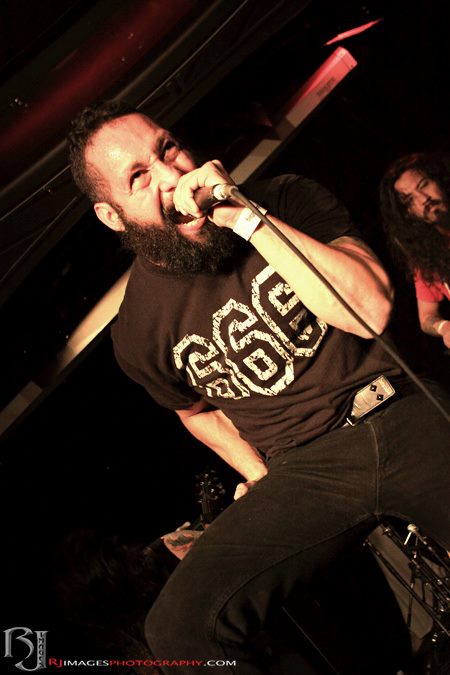 X: You have been around Austin long enough to be a part of the whole SXSW experience, what is your take on the festival?
Kike: My first SXSW was in 2009. It is definitely a monstrously huge event. Downtown Austin becomes an obstacle race for a whole week. We have never been part of an official SXSW showcase but we always ended up playing 4 or 5 shows that week in different unofficial shows, parties, etc. I always hear about these big acts that are coming over, you know Metallica, Bruce Springsteen, Yoko Ono and that kind of stuff; but I don’t know anybody who has actually seen these shows. It seems that the people I know ended up spending most of their time waiting in lines outside those high-demand shows than actually listening to live music. It is a fun and also exhausting experience as a musician or a live music fan.

X: Other than Hoeks Death Metal Fest, do you have plans to play anywhere else during SXSW?
Kike: We are currently finishing our new recording, so we have been focused on that. We’ll play at Hoek’s Death Metal Wednesday, March 13th at 11 p.m. and Sunday the 17th at Dirty Dog around midnight. That’s pretty much all for us this year during SXSW. We’ll be checking out lots of bands and supporting lots of friends from several parts of the world that are coming over to Austin this year.

X: How is the metal scene in the Austin, TX different from Pereira, Columbia’s?
Kike: It has lots similarities and differences. Musicians are very dedicated in both places and take pride in their art. Pereira and the cities around it have lots of talented metal bands; just like Austin. It is definitely easier to tour, open for national acts and have access to better equipment/venues/promoters here in Austin. We love Austin. It is a great city with a thriving metal scene and great people. We couldn’t be in a better place.

X: Was it what you expected it to be when you moved here in 2008 and how do you think Austin metal has evolved since then?
Kike: Before moving to Austin half of the band was already in New York and the rest was in California and Austin. Texas was the place where we could finally give shape to Head Crusher. We found a city with lots of musicians, lots of welcoming people and a metal community which allowed us to be part of it. The landscape has certainly changed in the last few years. I feel there are fewer venues with spaces for metal bands, but there are more bands and great promoters like Come and Take it Productions and Texas Metal Collective who have consistently support the local scene in the last few years. 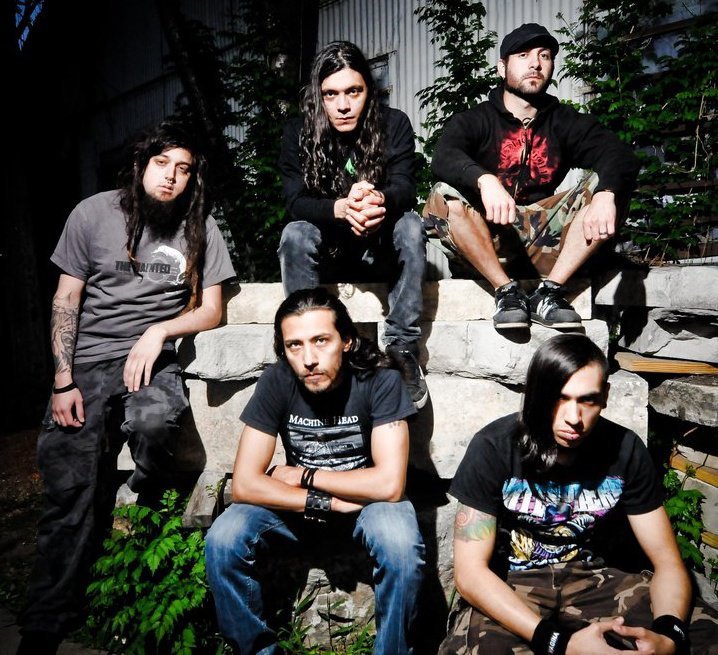 X: How did you and the others band members meet in Columbia?
Kike: I’ve known Alejandro (drums) and Carlos (guitar) for almost 12 years. We had Head Crusher in Colombia. I moved to the U.S in 2006 and then the guys moved in 2007. We decided to move to Austin where we knew Gustavo (bass) and eventually met David (guitar). It’s been almost three years since we have had this line-up.

X: Do you have any plans to tour? If so, would you stay in the U.S?
Kike: We are working on that. We are trying to figure out what is the most viable way to go on tour as an independent band. You know, it takes a lot of planning, time, phone calls, emails, a lot of waiting for responses to arrange a 2 or 3 weeks tour. We may also go again to South America this summer. Right now, everything is in the planning stages, but we can’t wait to go back on tour. Would we stay in the United States? I would say yes. We all have our lives here in Austin. So, we’ll be around for a while.

X: What music are you listening to now?
Kike: I honestly don’t know what the other guys are exactly listening to right now. But, I know we all like and keep in rotation the 90’s Swedish bands like At the Gates, Hypocrisy, Entombed, Soilwork, Nile, Dissection, Meshuggah and that kind of stuff. We also listen to lots of newer bands like Revocation, Allegaeon and Austin locals like Critical Assembly, Prey for Sleep, Beyond Gods and Empires, Dead Earth Politics, DSGNS and many more… oh and, SEPULTURA and SLAYER.

X: Tell us the story behind the name Head Crusher?
Kike: It was our drummer Alejandro’s idea. This was about 12 years ago when he was still in High School. He wanted a name that could represent the idea of head banging. I think he wanted to express in words what you feel when you listen to Dying Fetus which I know it’s one of his favorite bands. Then, Megadeth made a song called Headcrusher and we have to explain that we’ve had this band way before this tune. 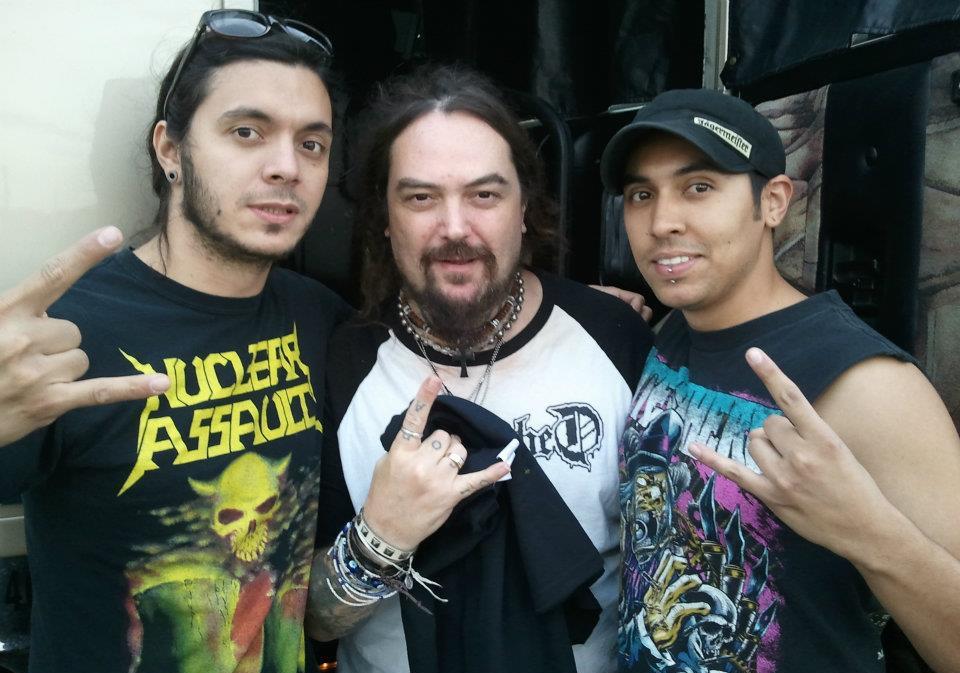 X: You are opening for Soulfly on March 24th. How did that come to be?
Kike: We have opened twice for Cavalera Conspiracy here in Austin. It has been great both times. It seems we are a good fit for the shows since we are from South America and Soulfly has those Latin elements. We were offered to open the show and we couldn’t say no. It will be a really fun show. Get there early to support the local opening acts and leave late. 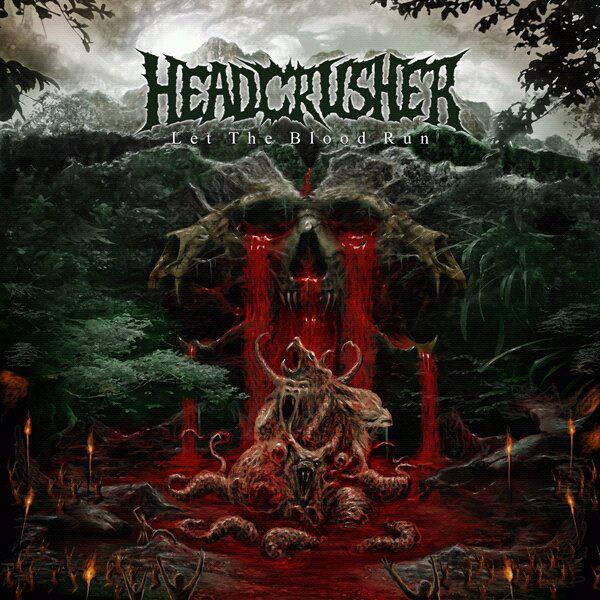 X: How would you describe your music?
Kike: I would like to think that we write thrash/death metal music that is musical, technical and heavy. I would prefer people to judge it and describe it by themselves. You can visit our website www.headcrusher.net and download our latest album “Let the Blood Run.”
Salud