Winter of ’85, when doing my “required” kitchen duties as part of living at Taos Co-op while attending UT there was one cassette that was on constant repeat. This may have involved actually flipping the tape by hand, as I can’t recall if it had the “high tech” auto reverse function on the jambox. ANYWAY, the album in question was none other than “Songs to Learn and Sing” by Echo & the Bunnymen, the pride of Liverpool.

Keep in mind kiddos this was pre-Wikipedia days, so I had no idea it was actually a compilation of all the singles they had released up to that point. No wonder it was so damn good! Haha. By that time, they had already been a “band” for 7 years releasing their first single in ’79. Do It Clean, The Puppet, The Cutter, The Killing Moon … these were the songs of my youth. Well some of them anyway. Back when 6 months of time seemed like 2 years.

Fast Forward a couple of decades + one and the time was upon us for their set at the Stubb’s Amphitheater.  Rain was threatening and the house was PACKED. “Do It Clean” was the 3rd song of the set. Though Ian McCulloch looked different, mainly owing to not rocking the new wave haircut any longer. I must say he has aged gracefully….looking fit and ever the rock star w/ the shades and sharp dressed overcoat. 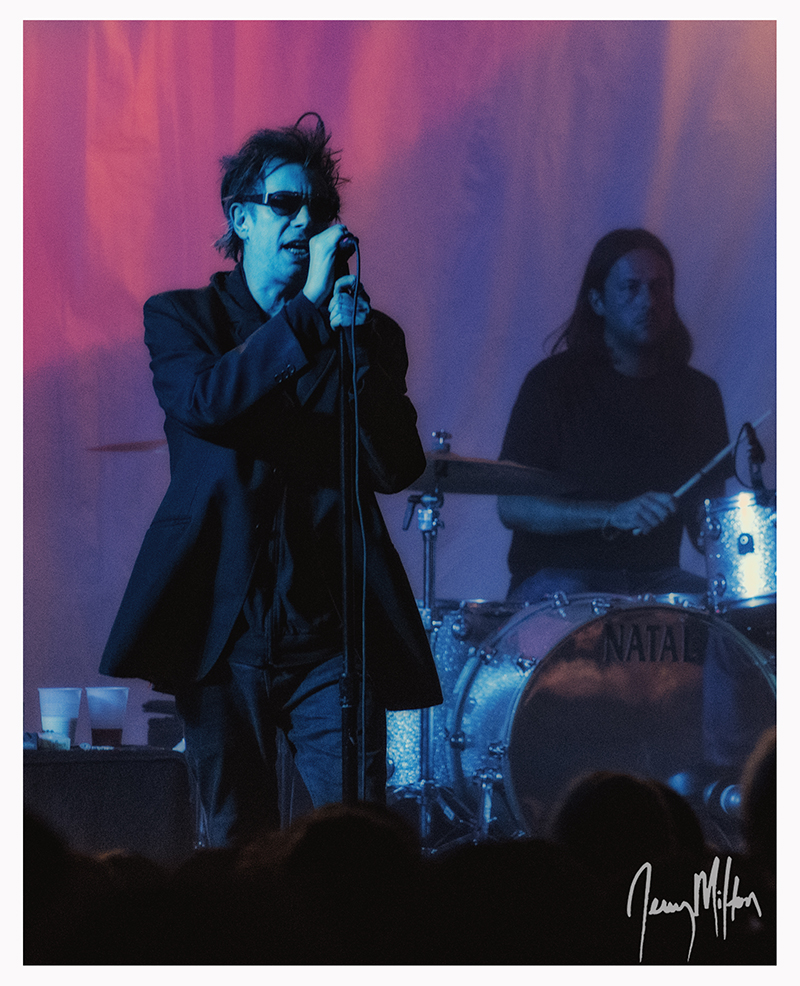 And his vocal were spot fucking on. To his stage right was the other original member Will Sergeant on lead guitar periodically thrashing about. “The Killing Moon” and “The Cutter” were at the end of the set, pre-encore. For the encore they played “Nothing Last Forever” and “Lips Like Sugar” with cover songs intertwined in the mix…David Bowie, Lou Reed, and The Doors earlier in the set. I could have done without that part, but I suppose playing the same songs over and over thru the years, one has to change this up or go crazy in the process. All and all, the set was above my expectations as the years aren’t always kind to folks.  The cutter indeed.

This entry was posted in Event - Show - Festival, Live Shots, Photography, Reviews and tagged Echo and the Bunnymen, Ian McCulloch, Will Sergeant. Bookmark the permalink.