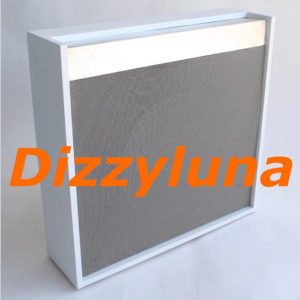 As the proud holder of a journalism degree, I am aware I’m breaking every rule in the book by writing about a band of which I was part. But the first thing I wrote for this mag was a review of one of my other projects, so fuck it!

We were weird and didn’t fit in anywhere. But Woody Wiedeman loved us, so Flamingo Cantina became our second home, especially after the demise of the Electric Lounge. Whatever. Our fan base essentially consisted of various family members, really tolerant (and possibly tone deaf) friends and whatever chick I was nailing at the time. Not a big crowd.

Why? We should have been a draw! We were the quirkiest thing going this side of Thinking Fellers Union Local 282. We had punk veteran Scott “ST-37” Telles on bass, a metronome on drums in the form of Cisco Gilliland, Lisa (then still a dude named Dave) Cameron on guitar (!) – that in itself should have gotten people out – and an outcast woodland creature whose magnificent convulsions on stage were rivaled only by his raw guitar playing ability, Brad Tucker. Oh, yeah, and me.

Though I am much chagrined by the weakness of both my vocals and sax, I love this record.

Thanks, Scott, for being the exhaustive archivist you are.

There were only 30 CDs pressed, but it’s on Bandcamp!