The first time I met him, we made out. That is what you do with a guy covered in make-up and red goop, right? It was a one time only deal and clothes did not exit the picture. We chatted for a while after that and became fast friends and left all that spit swapping behind for good. We always would have a little sit aside and chat whenever GWAR played. He was always kind and funny as hell, and we would talk about things besides music, we were friends.

The death of Dave came as a complete shock to me, as it did for everyone else. I wished I had not been so drunk at the last show they played here, maybe I would have been able to talk to him face to face. That didn’t happen though. It was an awful end to a friendship that spanned over half of my life. I was told he was sober now, I understood that sobriety does not lean towards being with friends who were not on the same path. I understood, but I was sad. 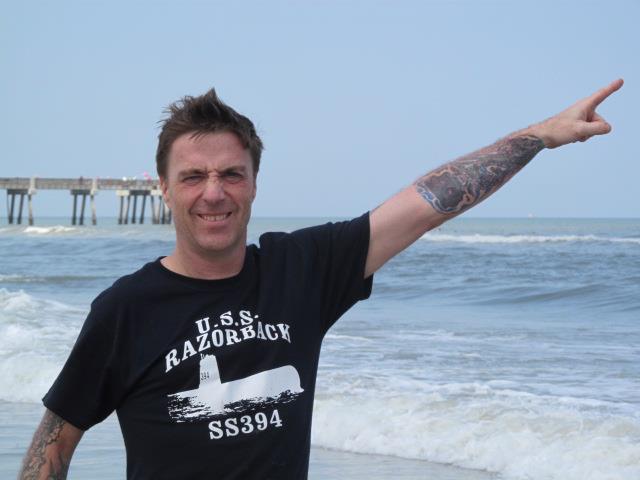 Over the years we had been in and out of contact, but I could always reach him if I needed to. When I was living in Washington D.C. he was on the Virginia side staying with his mother. He was there to help and support her because his brother was dying. We would meet up and have dinner and drinks, go to a show at D.C. Space. I went with him to Richmond to see his band Dik, Suk, Jak play with Agony Column and Biohazard.  We drove back right after, but since the Metro shut down at about 11:30 pm at that time I ended up staying at his mothers house.

His mother was a very sweet woman who had a picture of Dave in full Oderus gear (complete with giant cock) up on the wall of family photos. She was extremely proud of him and loved to tell you about how talented he was. We chatted for hours and she told me their last name stood for little badger, Dave jumped up from the comic he was working on and screamed “you never told me that!” His mother just said “oh I thought I had.” It was many years later that I saw the little badger tattoo. 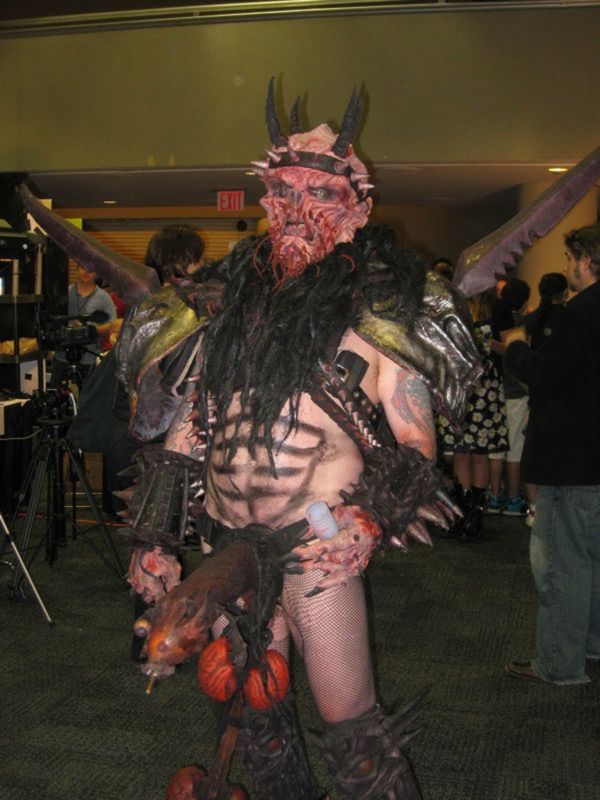 Dave was that sort of guy, he would surprise you and make you laugh. He had the ability to make you mad, but that hardly seems to matter anymore. When I fell off my apartment balcony and fractured my skull in 1992 (I think), he was coming to town to visit. He came straight from the airport to the hospital to check on me. He sat and talked with my father about what the doctors had said, talked to me for a bit and assured me he would be back to visit again. He did come back to visit, complete with a small pepperoni pizza for me and a large anchovy pizza for himself which he devoured in about 10 minutes. We talked and he fluffed my pillows for me, gave my father a chance to go outside and have a cigarette. I don’t remember what all we talked about. I was hooked up to so many i.v.’s I can hardly remember the experience of being at the hospital at all. I do remember what he said to me before he left though “Janet it’s just a little crack in a huge nut, you’ll be fine.”

I have so many memories of Dave those are just two of them that stick out in my head the most. He was a great friend and I will always consider myself lucky to have known him the way I did. I will miss him and his silly jokes and his insanely intelligent wit. See you in the next life Little Badger, if I’m lucky. 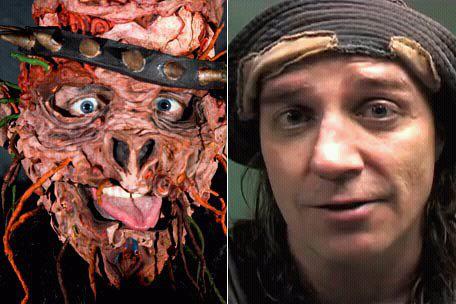 This entry was posted in Memorial and tagged Agony Column, Biohazard, Dave Brockie. Bookmark the permalink.