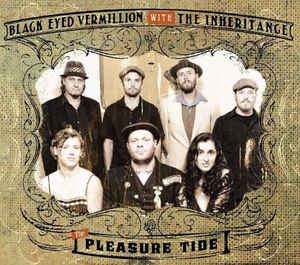 If Tom Waits was from Eastern Europe and performed in a gypsy caravan he would open for these guys.

Full disclosure, through some random acts of happenstance I am in the same room with Gary Lindsey as I write most of this.

If you told me this record came out in the 40’s or 50’s, hell, I’d believe you. An old, distinct, yet somehow familiar sound, it immediately makes you wish you had a drink and a smoke and a seat at the fucking bar. Gary’s voice, for the three of you out there who don’t know, is the gravelly rasp of a 70 year cigar smoking whiskey swiller. Fucking charming counterpoint to the clarity/purity of the sounds of the instruments and melodies. I’m no musician, by any measure, I am solely an aficionado, and my taste generally runs to harder faster punk and Oi! with some other things thrown in, but I am a sucker for this style of gruff singing (Oi may be to blame) over smooth, yet raucous acoustic instrumentation. This is like a Romanian traditional gypsy band fronted by a drunken skin. Unless its one of the songs where the vocal musings are by the honeyed larynx of Amanda Kitchens, who is otherwise occupied squeezing beauty from an accordion. This record is a jazz record. It is a folk record. It is a drinking record. Its as good a record to close out the night as it is to get you ready for a night on the town. I imagine this music appeals across a lot of genres and ‘barriers’ to people who would recoil in horror at buying a folk record as much as to those who don’t really dig punk anymore.

There is a Goddamn Gallows cover, if that kind if thing interests you. In fact this lineup owes a debt to the Goddamn Gallows. It seems Black Eyed Vermillion did a split with them, covering one another’s songs. It was doing the GDG songs that inspired Gary to put a band together to play in this style. Kurtis Machler (bassist) knew just who to call. Austin band The Inheritance joined the BEV guys and this is the result…

AS for me, I’m all in. This band sounds like what I always want New Orleans bar bands to sound like, oozing out onto the street in that humid heat… Rock n Roll of an authentic style mixed with some Eastern Europe traditionalism that is a siren’s song to the rowdy, debauched drunks like me.

I hear that Gary Lindsey and The Pleasure Tide continue this tradition with their monthly happy hour gig at the Lost Well on the first Saturday of every month. If any of this intrigues you in the least you should check them out. Or buy their album: