An Interview with Blag Dahlia of the Dwarves – Daniel Mesich

Dan: How was your trip to South America? What city was had the craziest/wildest crowd? Any good SA road stories, close calls, etc? What is your favorite country/city to play in in SA?

Blag: We had such a great time! South America was off the chain! And we met cool people in every city we went to. We also ate well and did the best coke every night.  In other words, we’re moving there!  It’s hard to pick a favorite crowd. Sao Paolo, Santiago, Montevideo were all highlights.

Dan: I hear that punk and metal heads in South America don’t fuck around and show serious support. Can you describe some of the punk scenes in some of the SA countries you played in? Any main differences you notice between playing there vs maybe state side, Europe, etc?

Blag: It had that small town feel that makes it more punk and less hipster than in bigger US cities.  Sometimes crowds forget that rock is not a passive entertainment, the crowd has to be into it.

Dan: Like most of your albums there is always a mix of different styles musically. On Take Back The Night I felt more of a garage/rock n roll vibe on a good handful of songs compared to your last two records. What made you guys take that direction on this record? How did the concept and music for Take Back The Night come together?

Blag: This time around I wrote a lot of garage tunes like Forget Me Not and You Turn Me On, the rest of the Dwarves supplied the hardcore punk tunes like Anything That Moves and Everything & Moore and the poppy punk jams like Devil’s Level and Nowhere Fast.  Dwarves have all kinds of songwriters in the band which always makes for a varied record.  The Fresh Prince of Darkness wrote Take Back the Night so it’s got that arena rock riff in it.

Blag: On this record we did a lot of switching off lead vocals between me and Nick.  The combination of his classic scream and my crooning punk makes something different happen.  It keeps it more interesting to switch vocalists throughout a record and we really got that this time with Take Back the Night.

Dan: As someone who is familiar with the Dwarves and some of your solo work I know you and your band like to push buttons. I wanted to know your feelings on the Fat Mike situation that happened a little bit ago in Vegas. Whether you like his band or not to me it is weird someone would pay to be at a punk show and get offended by something someone in a punk band says. You know better than most in this day and age how sensitive people can be. In your opinion what is too far? Most people have some kind of moral compass. Are there subjects too taboo for the Dwarves? Where do you draw the line? What do situations like this mean for the future of free speech in your opinion?

Blag: I believe in free speech absolutely. And I don’t get offended easily, so people who do get offended annoy me. They need to lighten up and let people have their own opinions.  Ideas change over time, we should give people a chance to air their thoughts without being shouted down immediately.  Especially when it comes to humor.

I’ve known Mike a long time and always liked him a lot. But he and the folks at Fat are not shy about shouting down the opinions they don’t agree with, especially with other punk bands. I’m not totally surprised he got that same kind of thing pointed back at himself when he said something offensive. 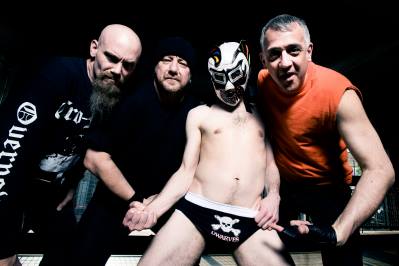 Blag: I really like the Boswell Sisters, the Mills Brothers and Ukulele Ike. For punk bands the Ramones, the Cramps, the Misfits, the Dead Boys and the Stooges were pretty huge influences. Frank Zappa was a big production influence, too. That thing of throwing a lot of genres together and seeing what comes up. We’re a punk band, but there is a lot of stuff in there, too!

Dan: Besides the Dwarves and constant touring do you have any other projects coming in the near future? Books, Movies, Comics, etc.?

Blag: I have a new book in the works, it’ll be done over the next year. The fun project right now is a podcast I do with NoName Nelson and Heather Hamann where we answer people’s questions, it’s called www.WeGotIssues.net   check that shit out on iTunes!

Dan: What was the catalyst that caused the change of the music style and lyrics from the Suburban Nightmare period to the Dwarves we all know and love. Could you describe the evolution of the band during that time period?

Blag: The Nightmare was 60s garage and rockabilly retro kind of stuff. Once we moved to CA and started playing more gigs, we didn’t want to be a retro outfit, we wanted to be current.  By the time we figured out we were a punk band everybody thought Punk was Dead.  But they didn’t count on us. 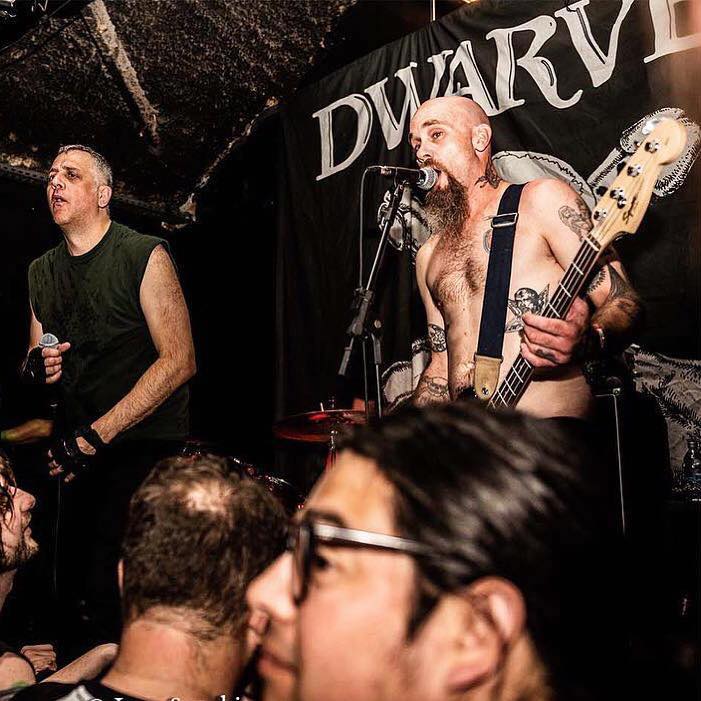 Blag: One of the really fun things about the Dwarves is being able to change styles on the records and work with really hard stuff and pop stuff and garage and experimental stuff and everything else. Then there are the side projects like Penetration Moon (Glam), Earl Lee Grace Blackgrass (Bluegrass) and Candy Now (retro female vocal).  We’ve gotten to tackle a lot of different styles, but there’s always room for more next time around.

Dan: How did you score the gig singing on an episode of Spongebob Squarepants?

Blag: Saltpeter (original Dwarf) wrote a song for the first season of Spongebob called Do the Sponge and I got to sing it. They told me to imitate Lux from the Cramps and I said- “I can do that!”

Dan: You have two Novellas under your belt in addition to writing lyrics for the Dwarves. What are some things that help you draw inspiration to the dark humor you do so well? What is your process for writing your Novellas and coming up with ideas for them?

Blag: I’m writing a follow up to my last book NINA, it’s called HIGHLAND FALLS.  I like to write straight off the dome without having a plan.  It’s very improvisational. I’m a big fan of style over substance. As long as I get a laugh or offend somebody I’m happy.

Dan: You are a man of many trades. One of those is producing albums. You have some pretty killer records under your belt. Are there any future records on the horizon that will featuring your production? What are some of your personal favorite records you have had a hand in production on?

Blag: I’m excited about some tracks I produced with Andy Carpenter, a songwriter/producer out of Orange County.  We wrote some cool kind modern pop meets old retro beats kind of tracks and Lisa from the Bellrays supplied the vocals. She’s got a huge voice and a really classic style that reminds me of those Amy Winehouse records.  It’’s so new we don’t even have a name for it yet, but you’ll be hearing this stuff in time. 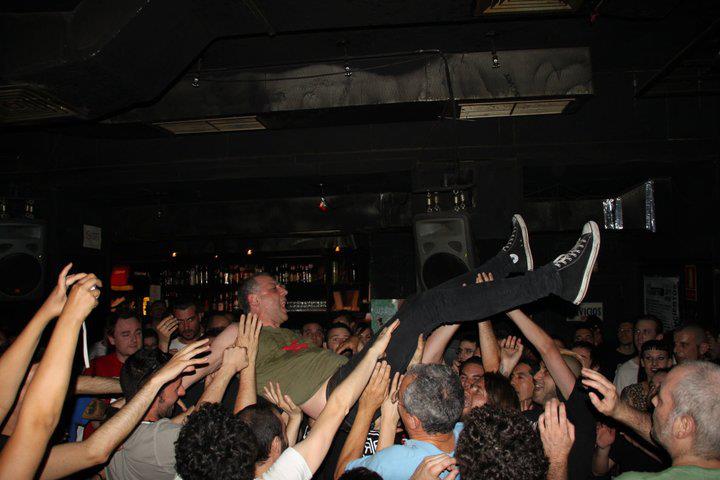 Dan: The Dwarves were signed to the iconic Sub Pop Records back in the hay day of the label. Can you give us a glimpse of life for you and the Dwarves during those days? Any favorite memories from being on that label or time period?

Blag: I always say being on Sub/Pop was like starving to death in a cool suit.  We mostly made fun of them and suggested their girlfriends could be a bit thinner.

Dan: Dexter Holland is one of your friends who has been on a few Dwarves songs here and there. Have you ever done any kind of vocals on an Offspring song?

Blag: Dexter has appeared on the last 4 Dwarves records doing vocals and he’s killed it every time. The man is a hero!  And I have been on an Offspring record already…I was actually the guy who said. “Keep ‘em separated” on the Latvian version of the single.

Dan: If you could sum up the mission statement of the Dwarves to the uninitiated what would it be?

Blag: Let’s just get high and fuck some sluts!

Dan: Thanks again for taking time to do the interview. Besides touring for the new album Take Back The Night what other projects can we look forward from the Dwarves/you in the near future?

Blag: We will continue to be all things to all people! Check us out at www.thedwarves.com

Dan: Thanks for the interview! Stay funky! 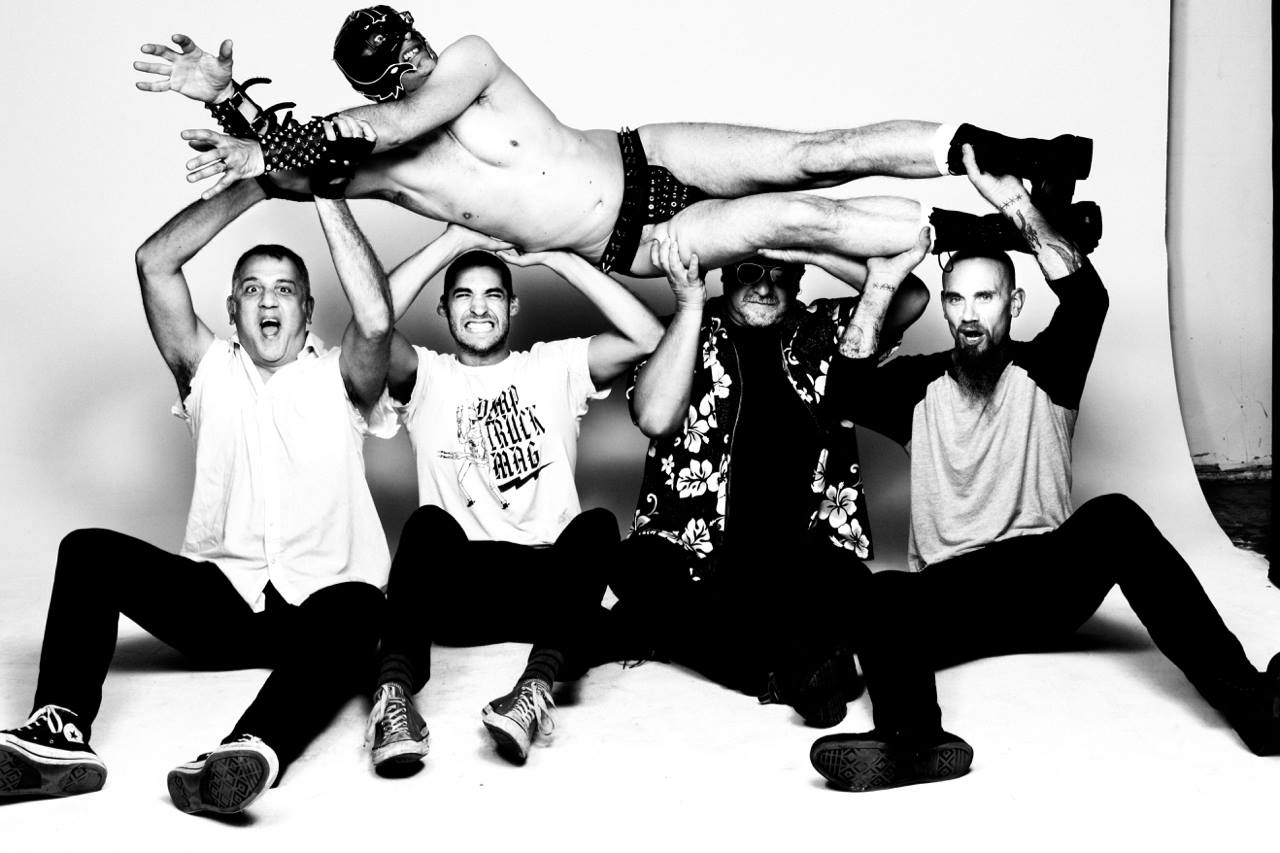