Not sure where I saw Carson play first…Heck it might have been YouTube as I tend to go thru upcoming gigs on the calendar and “research” them whether it’s worth my showing up or not. And despite living “just down the road a piece” from Poodies Roadhouse in Spicewood… I don’t make it there a hell of a lot. But I saw Carson was due to play there circa March 2014, so go I went.  Don’t recall many folks being there, which isn’t unusual for Poodies short of a Friday or Saturday night, it’s a honky tonk in every sense of the word.  She was playing solo, on acoustic guitar, and half a song in…I could tell she was the real deal. Just like the first time I saw Amy Cook or Nikki Lane. Both doing the same thing…just them and their guitar.  Nothing to hide behind. 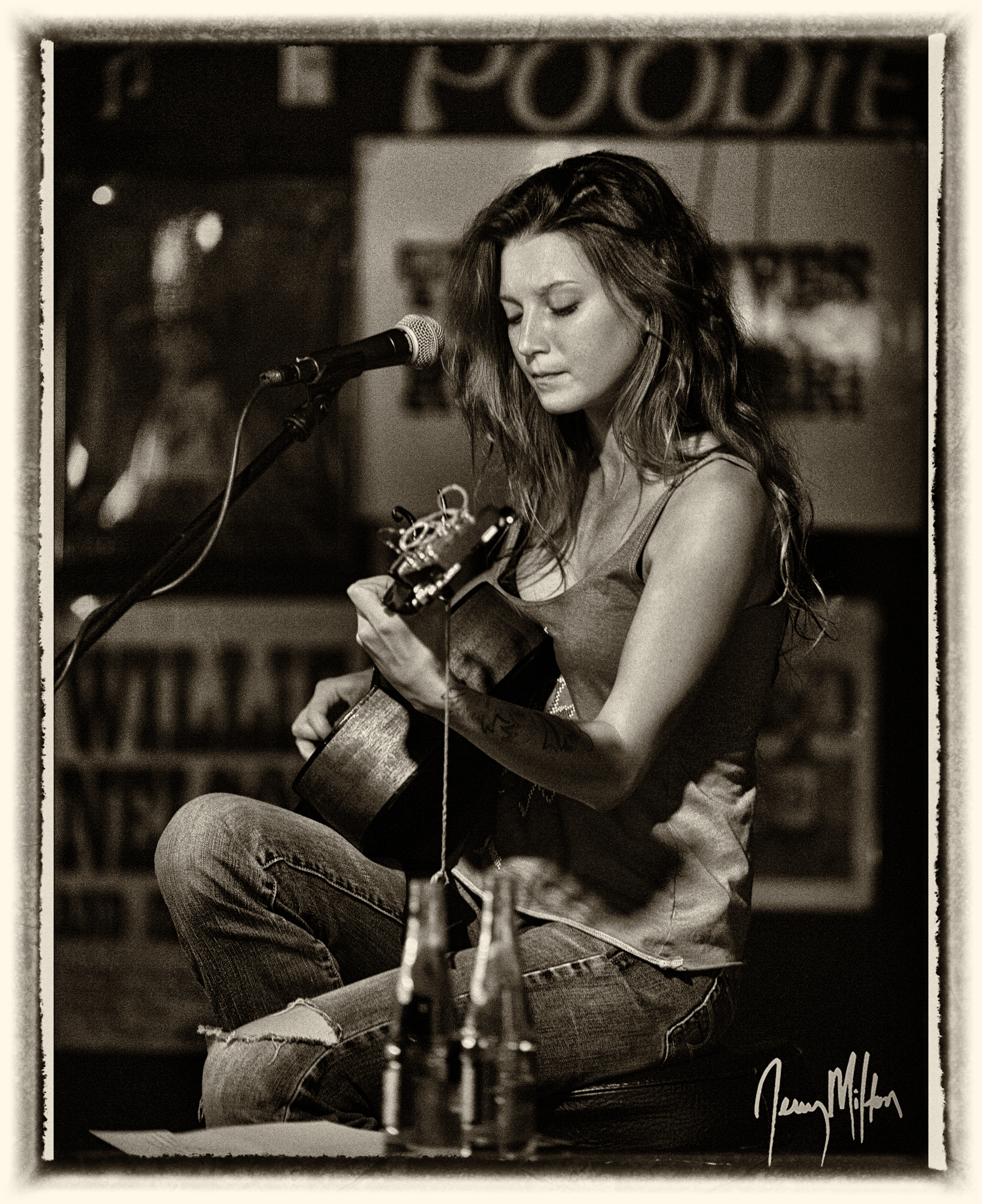 Since then, I’ve seen Carson a handful of times…not NEARLY as much as I would have liked….but shit happens. Not for lack of opportunity as I would see her name pop up A LOT in venues like the White Horse.  And I am quite sure she was often on the road, like most talented Austin bands. And as was the case with aforementioned Amy Cook and Nikki Lane or my long long time friend Hilary York…the beauty of Austin is an endless pool of musicians to back them. One time you’ll see them stripped down, the next…steel guitar, fiddle…seemingly with different folks whom are all in 5 different bands. Prior to Carson’s record release gig, the most recent time I saw her play was at a holiday event at Scholz Garten, again solo and again a badass set. As usual I had ONE of my many Polaroid cameras with me, on this occasion a 1960’s Polaroid Pathfinder, the results below. 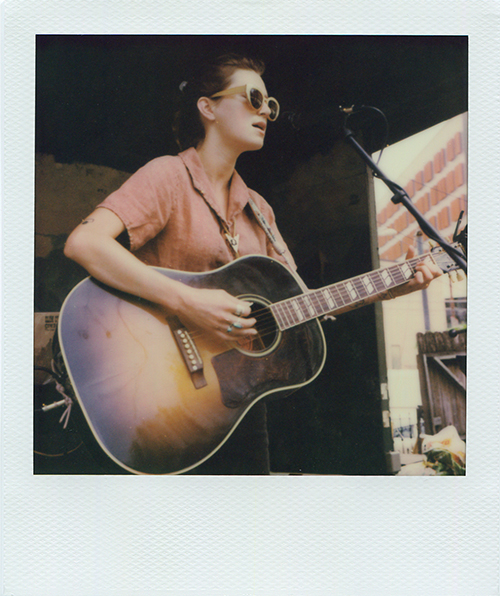 Enough about my Carson McHone history, or lack thereof…onto her badass new record “Carousel” on Nine Mile Records. The LP opens up with “Sad” and what seems like a slow song picks up into a 2 step, toe tapping beauty. Don’t believe me, check out Carson’s moves in this badass video below. Clowns anyone?

Next up “Drugs” showcasing her guitar picking skills and that twang in her voice that I dig. I  think we’ve all been in the “I need DRUGS” state before…as for the “your DRUG” bit, love can be like that no? I’ve fallen asleep to this song more than a few times, and that is a good thing. Puts one at ease. And just like that, “Lucky” starts off in overdrive and then boom, into a drip, almost opposite of “Sad”.  The play on one’s expectations is clever. Never fear, it picks up right where it left off soon enough.  “Ain’t it lucky !!” indeed. Love the steel guitar in this song.

“Good Time Daddy Blues” is a head nodding burner. And again, the play on timing rules. Once again Carson’s vocals shine. The line “You’re twang’s gone out of tune !” has worked it’s way into my repertoire. A cool KUTX version  (no doubt in Studio 1A) of the barn burner below.

Next up “Dram Shop Gal” is a song Carson’s been playing for a while.  And for good reason. It’s a stripped down song, fiddle, drum stick tapping drums and bass. Yet another song that just sticks in your head.  The beauty of playing these songs so long before they end up on record I would suppose is all the variations get rolled up into a classic.  Time to flip the album over kiddos.  You did buy the VINYL version right??  180 grams of honky tonk !! Side B starts off with a picking intro of “Gentle”. For some reason I picture Carson singing this song on the Grand Ole Opry. It’s a pretty song for sure. Then straight into the crowd-pleaser on a Friday night…”Maybe Their Just Really Good Friends”.  We’ve all been there right. 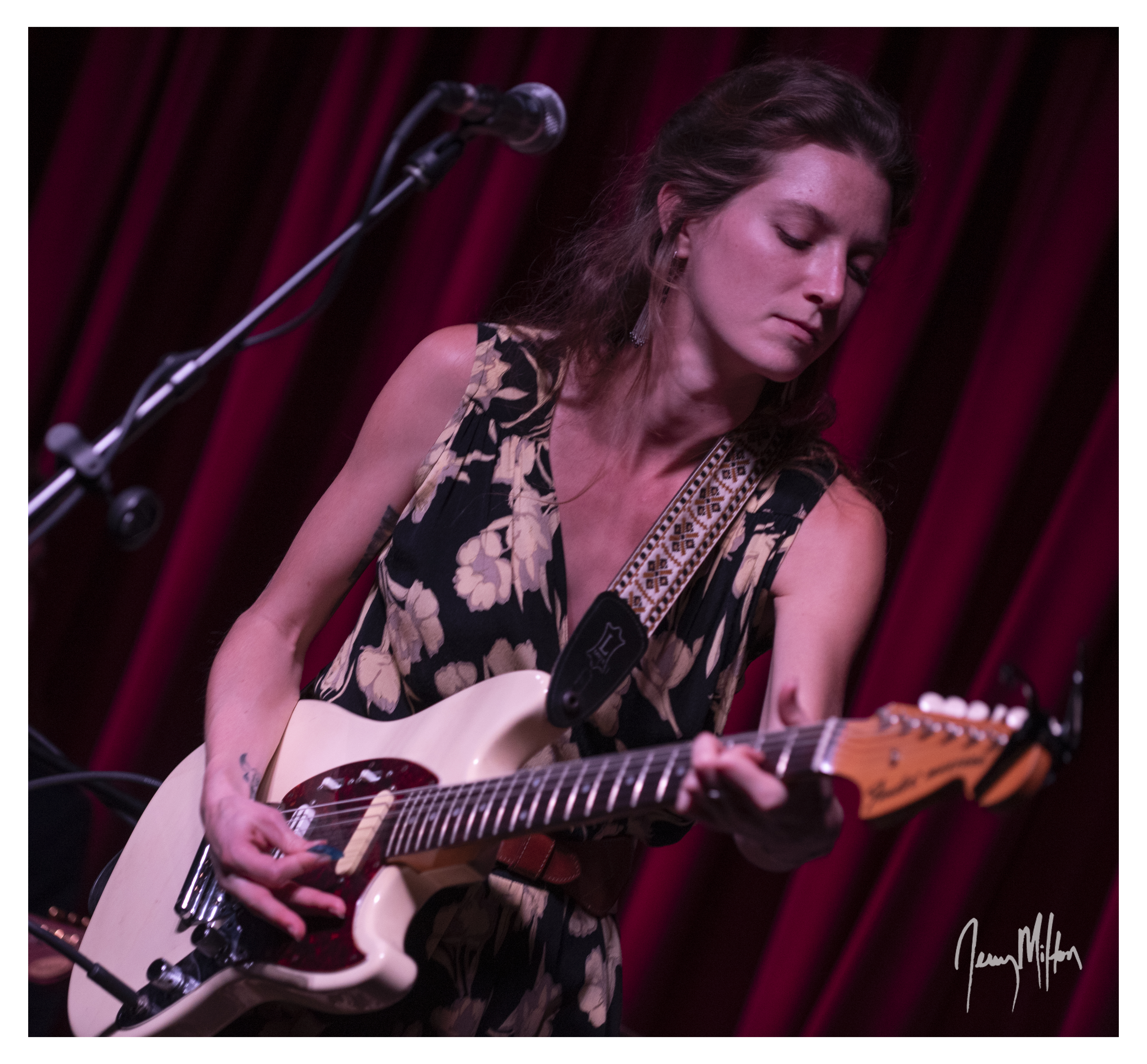 “How ‘Bout it” starts off with just Carson and the piano. She’s not afraid to be out there without anything to hide behind. All those gigs with just herself and her guitar.  The line “How ’bout being young, how ’bout being OLD” sums it up nicely. Ends back where it started off….Carson and the piano. Next up, “Good Luck Man” has Carson picking away. Reminds me a lot of the first time I saw her live at Poodies. If she comes into your town, worry not whether she is traveling solo or with a full band…as you’ll get a badass show either way…but as of late, I’m pretty sure she has been rolling down the highway, band in tow.  The album ends with “Spider Song” with what sounds like an accordion to me, but I’m no expert…could be an organ. Could be neither. haha. The intertwining  of whatever it is and Carson’s picking is the bomb. And just like that…the album is over WAY BEFORE I’m ready for it to be. Look for Carson McHone in your town, and in the meantime pick up a record/CD, hell pick up a shirt, hatch, patch, or sticker for your truck bumper. The badass trucker hat w/ her truck tattoo is on my Xmas wish list.