THE COATHANGERS w/ NO BUNNY – by Jerry Milton

Hailing from Atlanta this 3 piece female band (formerly a 4 piece) rolled into Austin to a packed house at The Sidewinder.  If you’ve never heard of these chicks, just from their song titles such as “Watch Your Back”, “Shut Up”. “Love Em and Leave Em” they are my kind…the kind that comes out swinging.  Mind you the crowd was already in a frenzy from none other than NOBUNNY opening things up.  Did I mention this show took place on October 30th? Yep, so NOBUNNY fit right in, even if that would always be the case cuz this is Austin. They’ll be at SXSW, but supposedly only playing one show….March 16th at Hotel Vegas as part of an official SXSW showcase (boo !! I avoid official badge/wristband events like the plague). 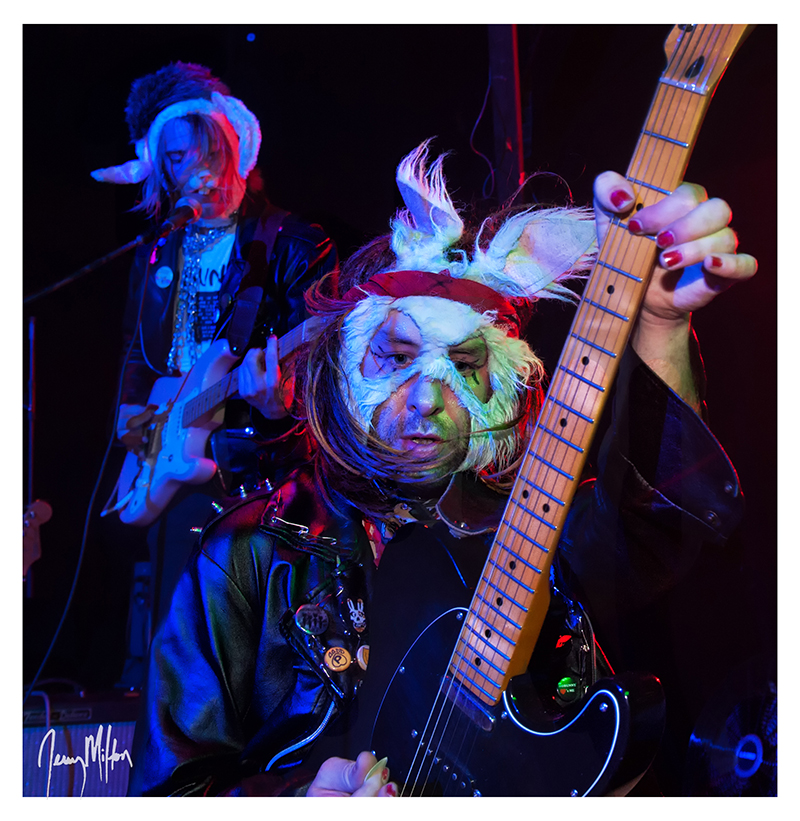 Back to the band at hand, THE COATHANGERS. As I mentioned at the onset, what was once a 4 piece is now a 3.  They’ve already released four LP’s so they have a wide range of material to cover any given night. Their last release, “Suck My Shirt” has been on heavy rotation in my Google Music player with gems like “Adderall” which it would seem 50 percent of young kids today can relate to! Haha. The other half are on Xanax right? Right.

Their latest album while staying true to their high energy sound and “how I feel” themes is more refined, though even classics like “Don’t Touch My Shit” still sound just as badass on this night when they played it as when I first heard it back in 2007.  As far as stage presence, they have it in spades….the tiny bass player, Meredith Franco with her curly hair bopping around, the guitar player, Julia Kugel, full of animation, and the lanky drummer Stephanie Luke giving it the what for . Most the times Julia was taking up the singing duties…but other songs it was Stephanie front and center. 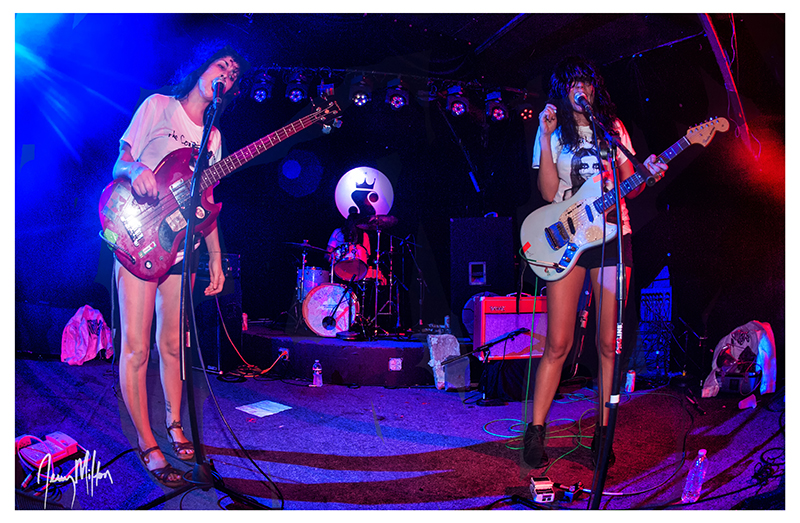 Towards the end of the set, drummer and bass player switched places and they didn’t miss a beat, pun intended. Fun was had by all and hell I even bought a shirt…always a damn good sign of a ripping set. Can’t wait for them to return. UPDATE: Just announced, The Coathangers will be in Austin June 5th at the Mohawk w/ Refused  and if you’re up in the Dallas area, even sooner at Club Dada April 22nd.

Back to February 2016 Main Menu