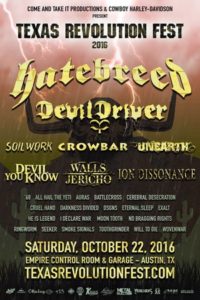 Texas Revolution Fest, comparable but not to be confused with Texas Independence Fest, was a metal showcase organized by Come & Take It Productions and held at Empire Control Room on October 22nd. Tensions were high on this day from the looming presidential election and the ripoff Monday Halloween. The merging of the generalized fan bases of Crowbar, Hatebreed and Soilwork added to the melee.  At least one of the Pit Bulls out of Dallas were present to de-escalate potential clashes. 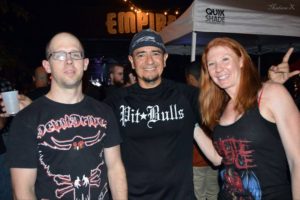 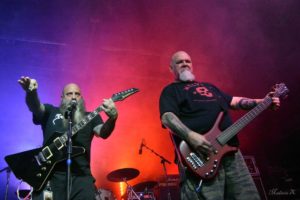 On the Control Room stage, Ringworm fronted by Human Furnace unfurled their brutal brand of thrash and lit up the crowd. On the outdoor stage Walls of Jericho’s scarlet haired  vocalist, Candace Kucsulain, dedicated “Reign Supreme” to anyone who has ever stabbed you in the back. Her vocals were commanding and defied the definition of femininity. 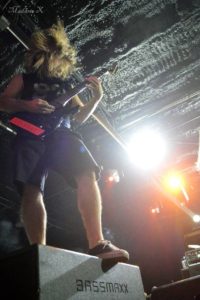 If TRF were the metal X games, Buz McGrath of Boston’s Unearth, won gold on jump kicks and amp scaling. Crowbar serenaded us with “Planets Collide” and schooled us with “Walk with Knowledge Wisely,” bringing Old Sexy (bassist Todd Strange) back. Soilwork belted out dark swedish melodies from the main stage which was equally devoid of light. 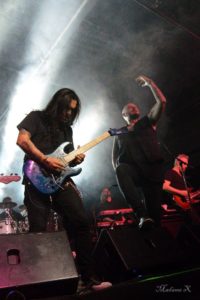 Dez Farfara and newer members of Devil Driver, Austin D’Amond and Neil Tiemann kept it California cool with lyrics and riffs designed to drive out evil. As for the grande finale, an enthusiastic Jamey Jasta with Hate Breed helped us synchronize our anti-fail chants with horns wielded like glocks . Our local bands, such as Cerebral Desecration, raged hard at high noon for their loyal fans. 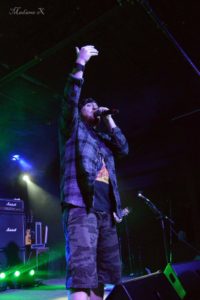 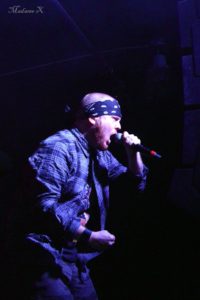 A revolution may or may not have took place at TRF but there was no doubt much revelry, and as it turned out this was the cure all for at least one night.