Slayer at FFF 2013…by Shelly Dread 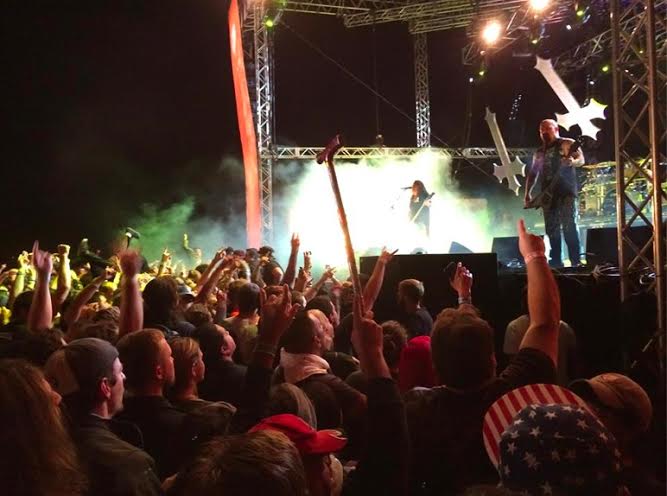 I feel the need to preface this review with the disclaimer that I was a good three sheets to the wind by the time I arrived at Fun Fun Fun Fest to see the almighty Slayer. Had I known that I would be worshiping at the metal God altar this evening, I probably wouldn’t have started day drinking at 2pm. Paradoxically, if I hadn’t been engaged in previously mentioned debauchery, I would never have encountered Rank and Revue editor Wendy WWAD, who sent me on a mission to attain demonic enlightenment in her stead. After rounding up a motley crew to join me on my pilgrimage to the unholy land, we set off for Auditorium Shores.

Upon our arrival, we stormed the gates, mindless of the staff who made only a feeble attempt to check us for wristbands (which was fortunate for the two members of our crew who did not have such credentials) and made our way to the Yellow Stage with a fervor with which can only be comprehended by a true metal fan. The stage was set with huge metal inverted crosses suspended from either side of the scaffolding. As the band ascended to the platform, I was drawn into the fold of the congregation with horns held high, and with the first note of “Hell Awaits”, head banging commenced!

The band was loud, even louder than I remember Motorhead being at The Back Room back in 1999 (which was so loud I’d spent the duration of the show with my hands clasped to my ears). I was positioned near the speakers at stage left, so I could not so much hear the music, as feel it, with a sternum shattering intensity that with my  proximity to guitar player Kerry King, became a state of visual and auditory possession that was not broken until the first chords of Raining Blood jolted me from my alcohol and metal induced stupor. I eventually broke rank and coerced my way through the sea of beer and sweat soaked bodies to gain a better viewing spot near center stage.  Having infiltrated the wall of the devoted as far as I could, I looked up to realize that the backdrop was being replaced with a replica of the Heineken logo, displaying the name ‘Hanneman.’ This was of course in memoriam for former Slayer co-founder Jeff Hanneman, who died from liver failure in May of 2013. The rest of the show is a big blur that will remain in my memory as one of the best shows I can barely remember. 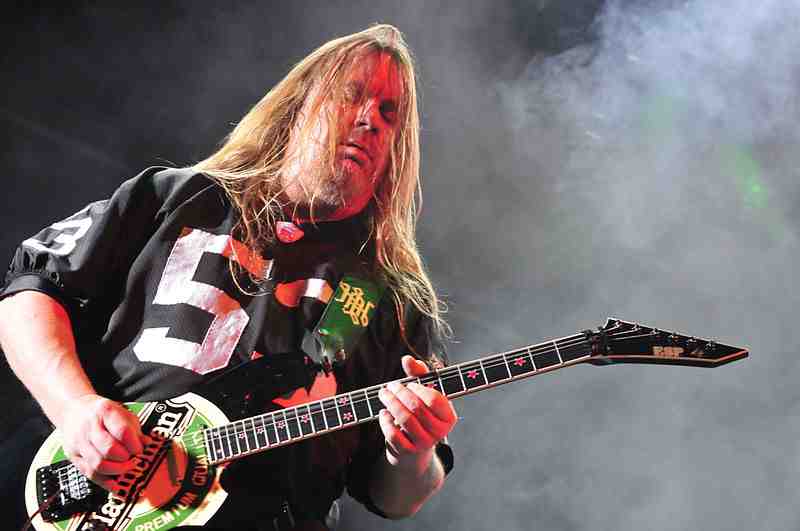 Did the band play well? I don’t fucking know. I was wasted and could only experience the music via bone conduction. Did anyone seem to mind that there was only one original member on stage?  Hell fucking no!! They were playing Slayer songs (with the exception of one Exodus cover song) and that’s all that mattered. Am I, or anyone else going to critique Slayer’s performance? Of course not, they’re Fucking Slayer!