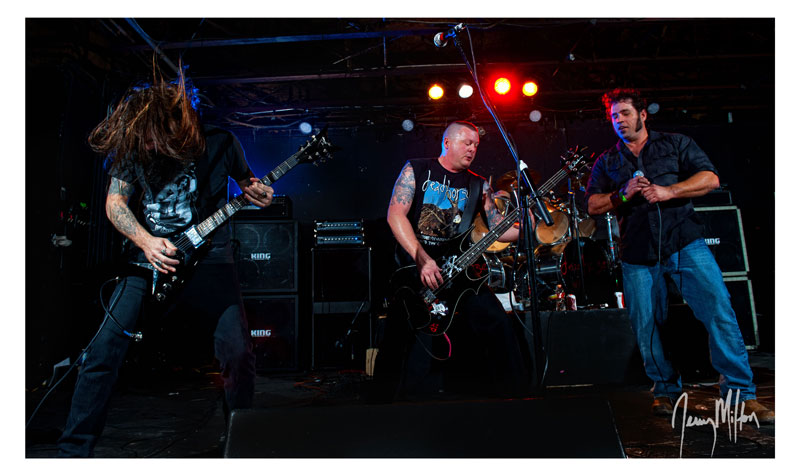 If I have to explain who DEADHORSE is….ya must be a youngster or living under a rock during the 80’s / 90’s.  During that time they put out a major release thru BIG CHIEF / METAL EDGE / RELAPSE … Peaceful Death and Pretty Flowers . Same label as AGONY COLUMN, reckon they had an itching for TEXAS METAL. Long story, short they are Texas legend/royalty. HORSECORE dude. 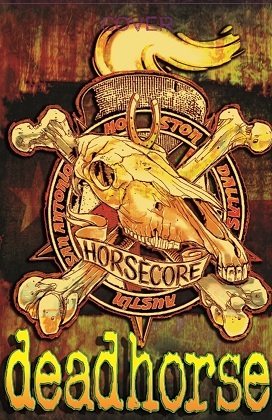 This DVD, Making a Dead Horse LIVE !  rawks !! It’s main content is a live performance recorded in Oct ‘11….the sound is phenomenal, and no big surprise cuz it was recorded by Austin.  It is studio quality stuff my friend.  All your fav there…..Turn, Bewah, World War Whatever, My Dog, One Nation, Reach Around, Eulogy, Peaceful Death, Murder Song, Adult Bookstore. 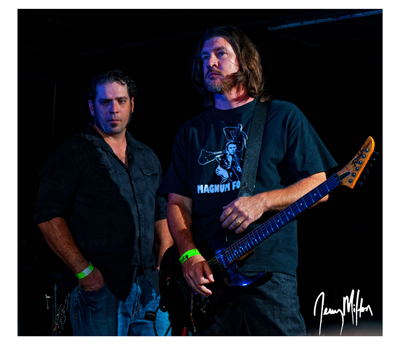 New to Deadhorse is one ARGO on vocals. The dude is the real deal. They re-released their album BOIL(ing) recently….remixing it w/ Argo front and center.   This DVD features several other shows they have played w/ this new lineup.  FunFunFun Fest in Austin….The Rail in DFW, and the ‘Fitz in Houston.

Do yourself a favor, pick up the DVD, pick up the re-released Album, and bug them via Facebook to play more shows.  must have more DEADHORSE.

Speaking of which, I attended their DVD release show at the  resurrected Engine Room with my buddies BLUNT FORCE TRAUMA opening things up. There couldn’t be a more perfect combo, holy fucking SHIT !! I was suppose to attend the Austin DVD release show as well, but a deer jumped out in front of my Highlander…a mere few hours to doors, and the rest is history. only in TEXAS my friend.