Fun to the Power of 3 by Madame X

At this year’s Fun Fun Fun Fest, metal is what I sought and what I found, although at times unexpectedly. The blackness seemed to dominate my experience of FFF. If this festival is any reflection of trends, then black is the new black in all interpretations of the word.

Flatbush Zombies, from Brooklyn, were an anomaly to say the least. The “Zombies” in their name caught my attention, and zombies are as metal as it gets. Earlier that day members of FBZ were joyriding on a golf cart full of blowup dolls. Their music was standard rap, with lyrical themes of fuck you, fuck a bitch, and fuckin’ smoke weed, so I was shocked to see their Beiber-faced fans bust out a pit. 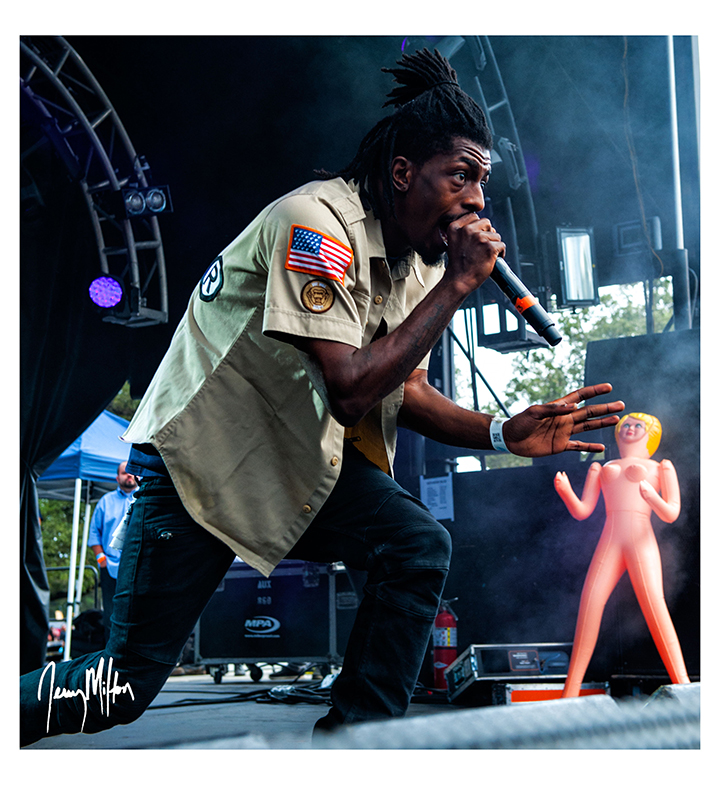 Houston’s dark occult metal band, Venomous Maximus, lived up to their badass name despite an early set time. Lead vocalist, Gregg Higgins, exposed his inner 70’s demons and intricate tattoos while playing songs from their new album, Beg Upon the Light. They have recently signed with Napalm Records. 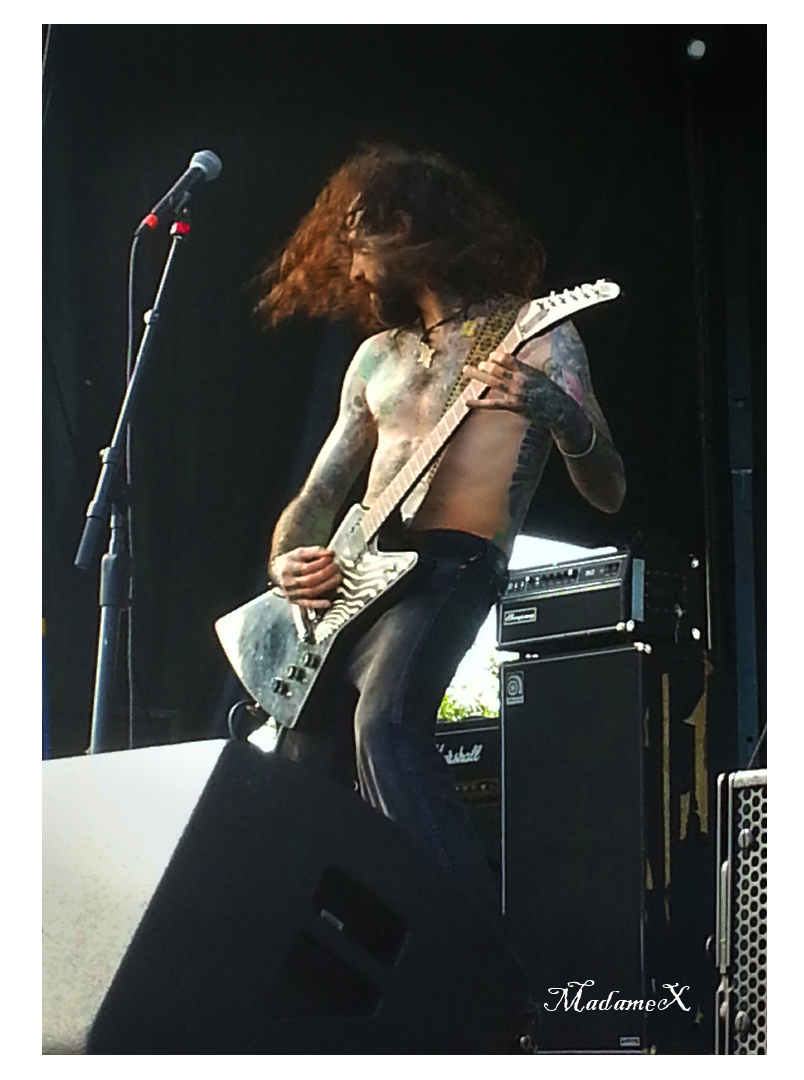 Unlocking the Truth, from Brooklyn, NY, a trio of black 12 year olds who play metal, were one of the crowd favorites of FFF. Hipsters, punks, metalheads, rednecks, etc. were all peacefully converged to rock out with these kids. There were technical difficulties all that “morning” on the Black Stage, but Unlocking the Truth’s drummer, Jarad Dawkins, managed to hold the crowd with his juvenile banter. Alec Atkins, was a lean, mean, tween machine on bass. And Malcolm Brickhouse, shredded on lead guitar like the reincarnated Jimi Hendrix. He had the possesion expression down. Mom let the boys stay up past bedtime to checkout Gojira and Body Count to see what they missed in the 90’s. 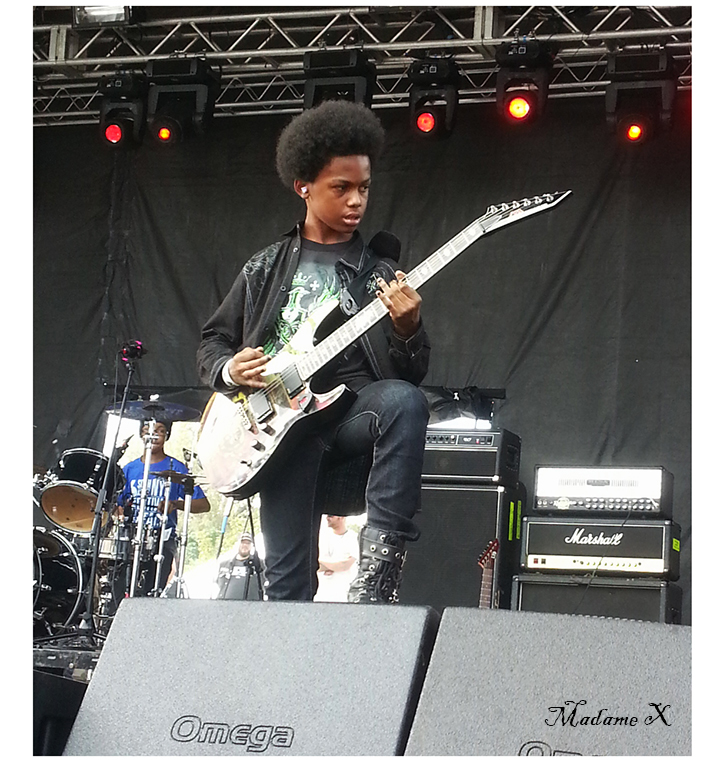 Body Count looked like a gang of escaped convicts next to Unlocking the Truth. Rightly so, as Body Count is a band that has been through hell! Three of the original members have died to date. Ice-T ranted that Austin, Texas is where it all began, referring to the Cop Killer controversy. “We’re not done yet motherfuckers!” he hollered. There will be a new album in 2014, Manslaughter, named after the title cut. Ice T’s woman, Coco, attracted her own fan base, and together they were the festival’s reigning power couple. 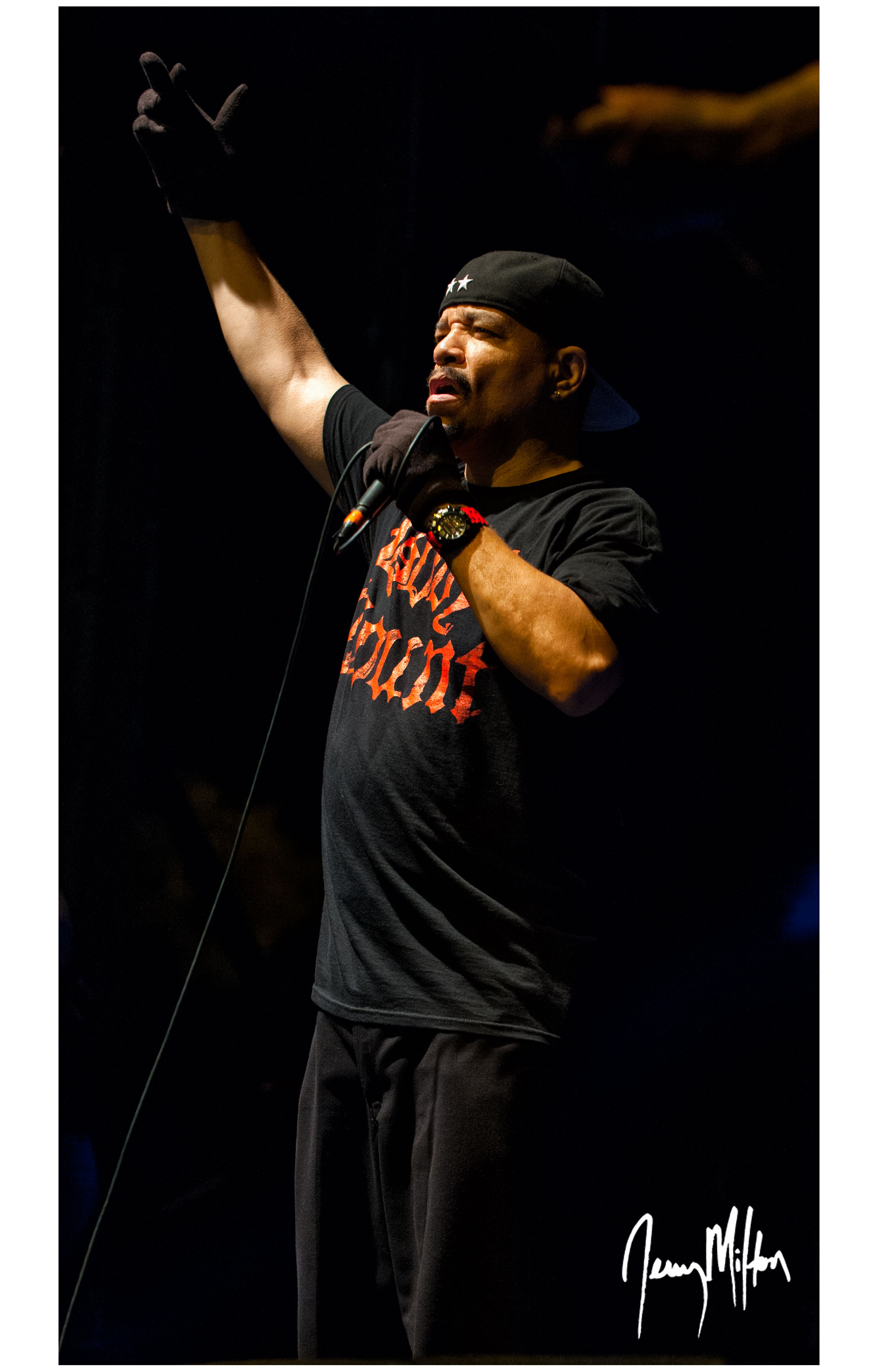 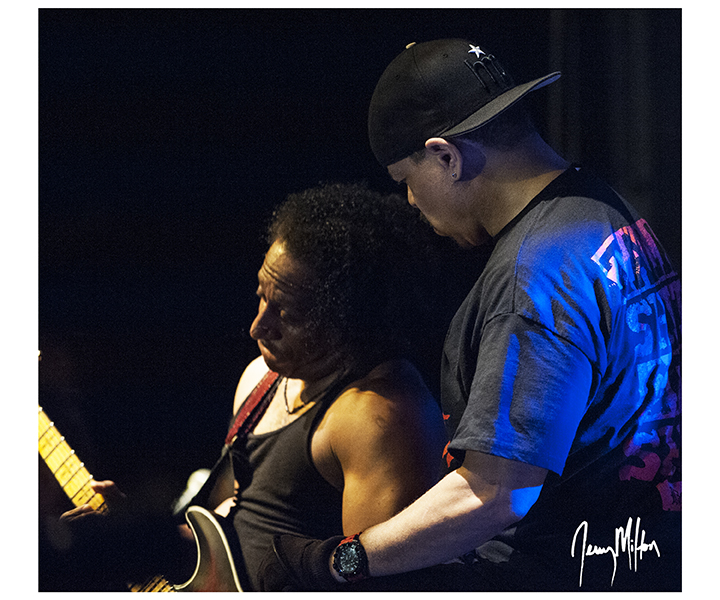 Progressive metal band, Gojira, played live music as ethereal and angry as a black storm cloud. Joe Duplantier explained the meaning of L’enfant Sauvage or “wild child”. Backstage, Joe, Christian, Jean-Michel and Mario (who is also an artist) were lady killers with their French accents and etiquette. Gojira, who have said they recycle anger into something positive with their music, alluded to a new album to be released in 2014. 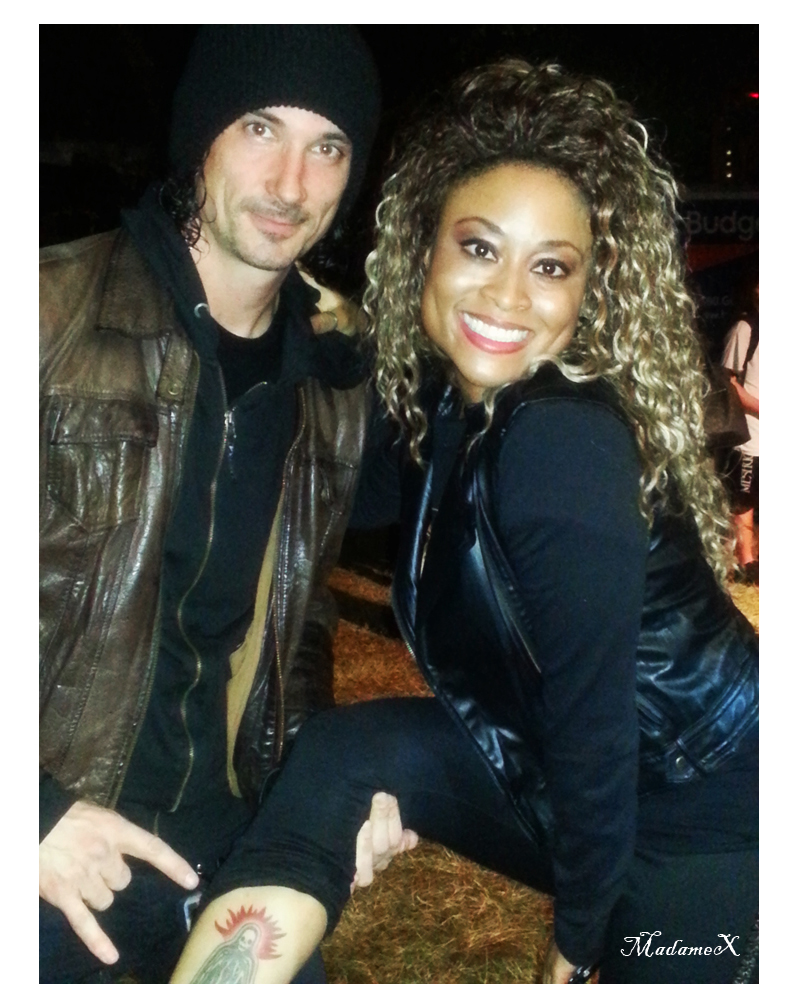 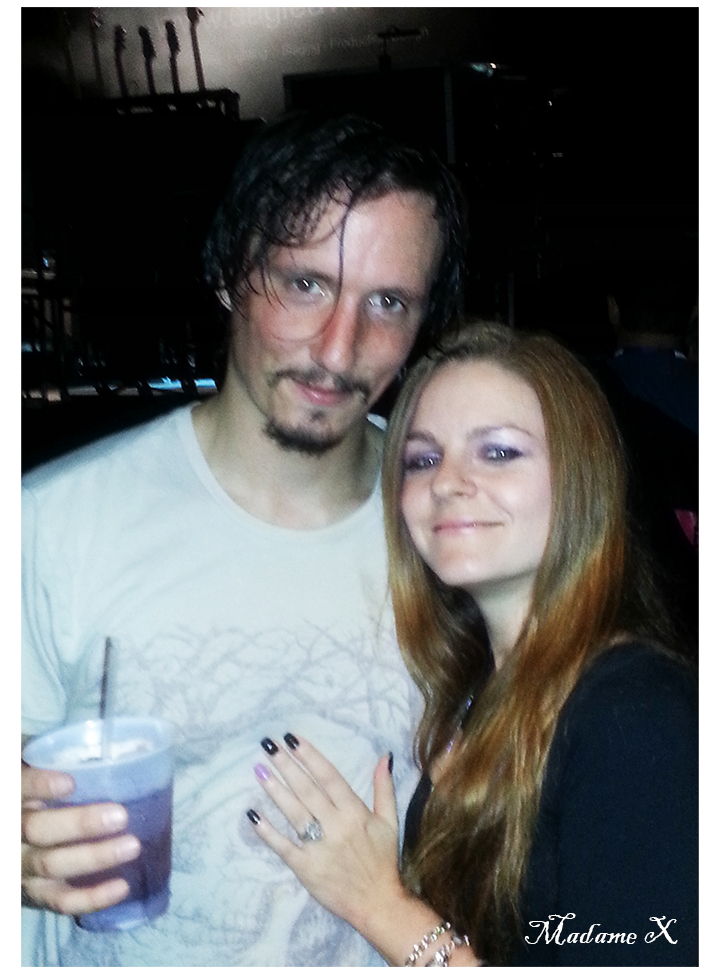 The idea of seeing Slayer without Jeff Hanneman felt incomplete, similar to Black Flag without Henry Rollins/Greg Ginn, a.k.a. Flag.  With that being said, “Slay” (what I called Slayer minus Hanneman and Lombardo) still had one of the most monstrous pits I’ve ever seen, like a fiery planet with swirling rings of volatile moshers. What I assumed was only a portion of Kerry King’s insane guitar collection was within my sight line. Wars could be waged over those guitars. Multiple semis were needed to haul their equipment and the soil shaking sound quality reflected this. My face melted. After the show, Slayer were shoved into a white van that drove off into the oblivion and that is the last I saw of them. Read a full review of Slayer at Fun Fun Fun Fest here. 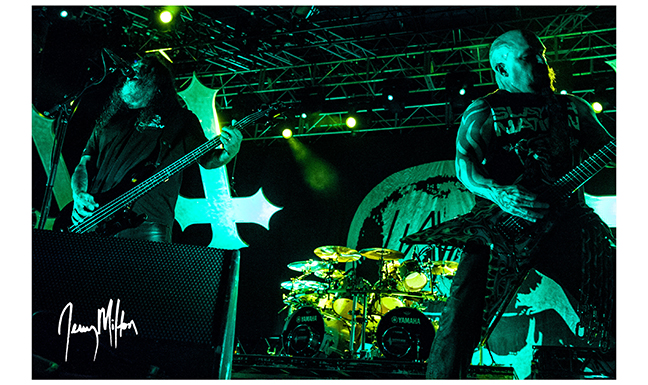 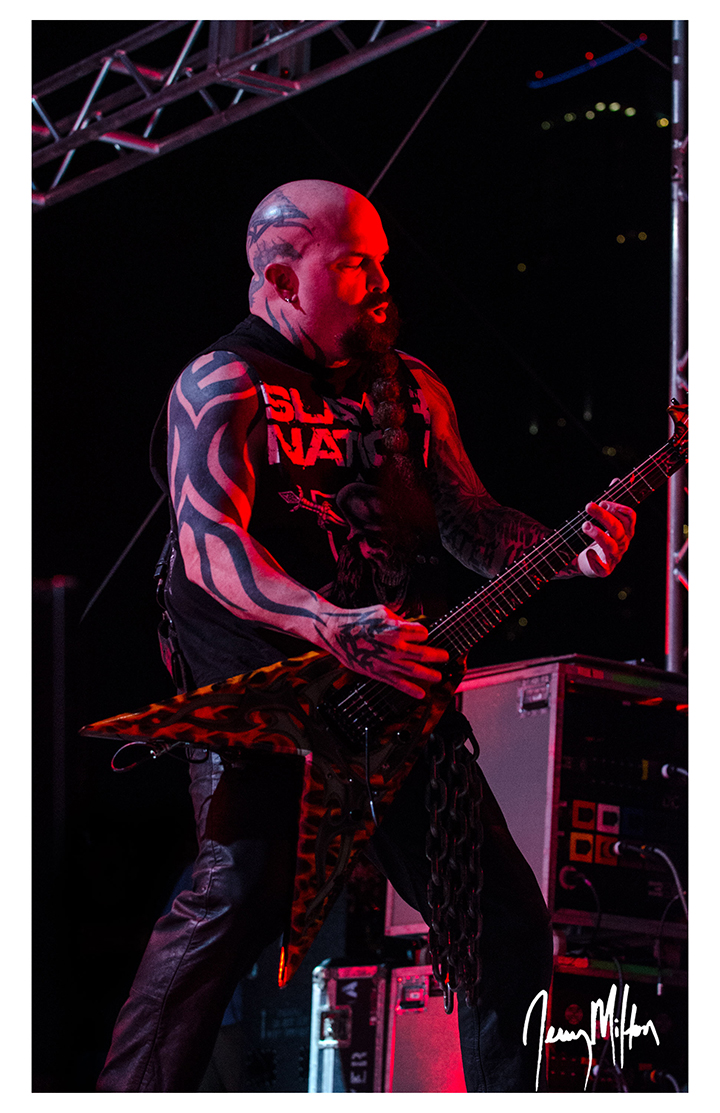 Jack Black is a deity to me and one of the biggest celebrity proponents of rock, so I was pissed to see that the comedians were performing in a tent that would be more appropriately sized for a graduation party. No more than a couple hundred people were able to experience Tenacious D, and the rest of us were left looking like Steve & Doug Dutabi loitering outside of the Roxbury. Later that night I practically plowed into Jack when he walked out to watch MIA, just like your everyday, normal, nothin’ to see here kinda dude. This brush with JB almost made up for it. 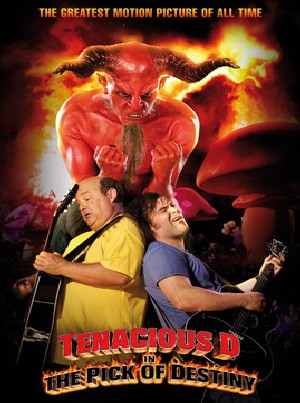 Capacity overload issues were also the case with the free FFF Nites shows, just as I had been forewarned. Waiting in line for hours to NOT hear the Misfits at Elysium made no sense. Other performances that I regretted to miss were Pelican of Chicago and 4ARM from Melbourne, Australia. Despite this, friends and I partied with 4ARM one night, and discovered Slayer’s tour mates are fun fun fun! Not all was lost. Immortal Guardian had the right idea with their portable metal wagon to bring the metal to the masses. No one could miss that. 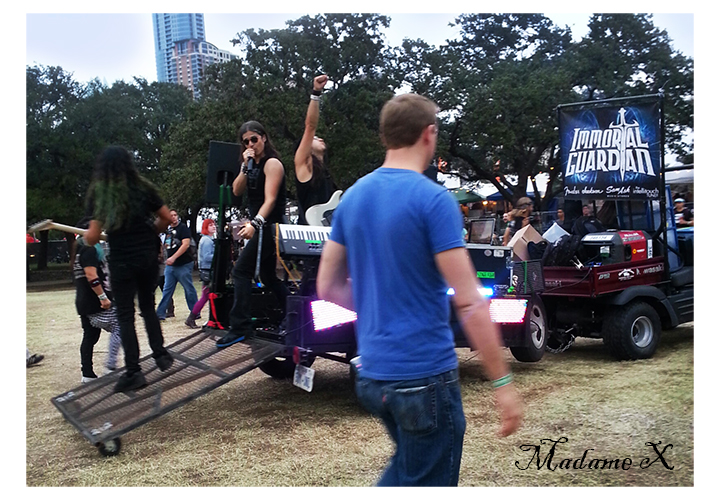 Yes, there was plenty, if not TOO much metal, to see at FFF Fest 2013. No, I don’t want another fucking Twinkie™!